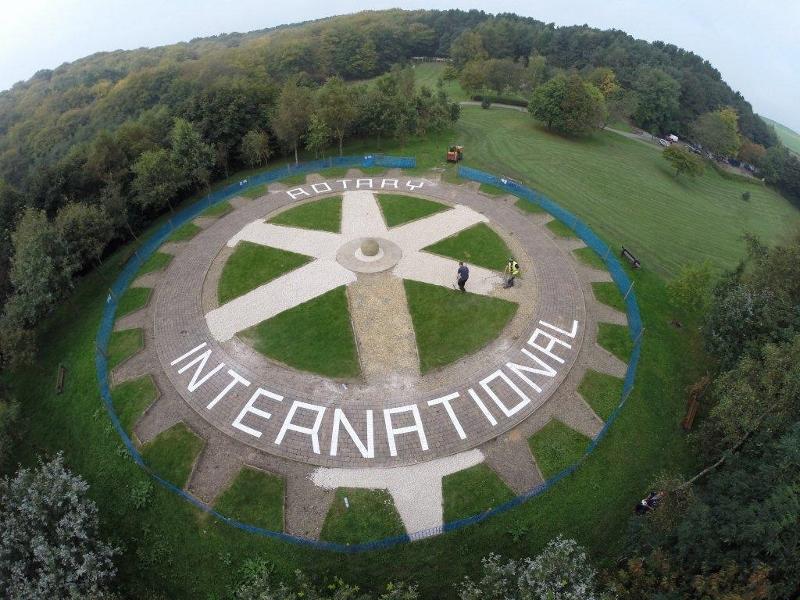 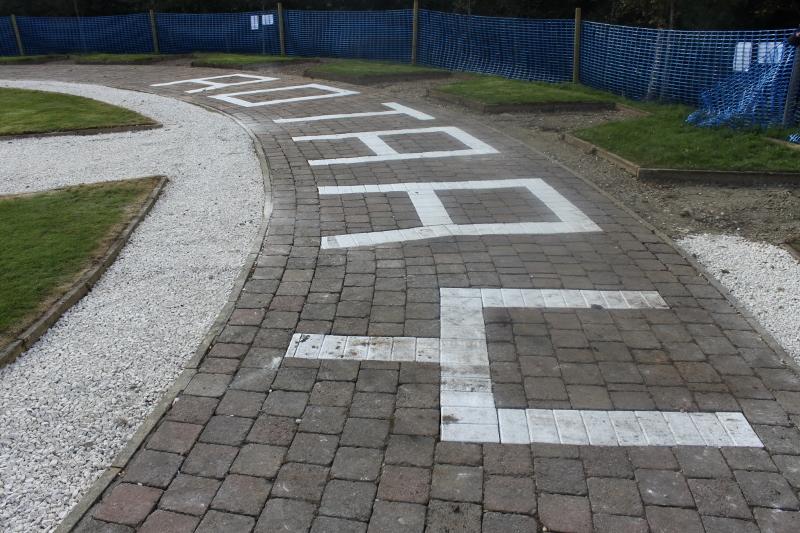 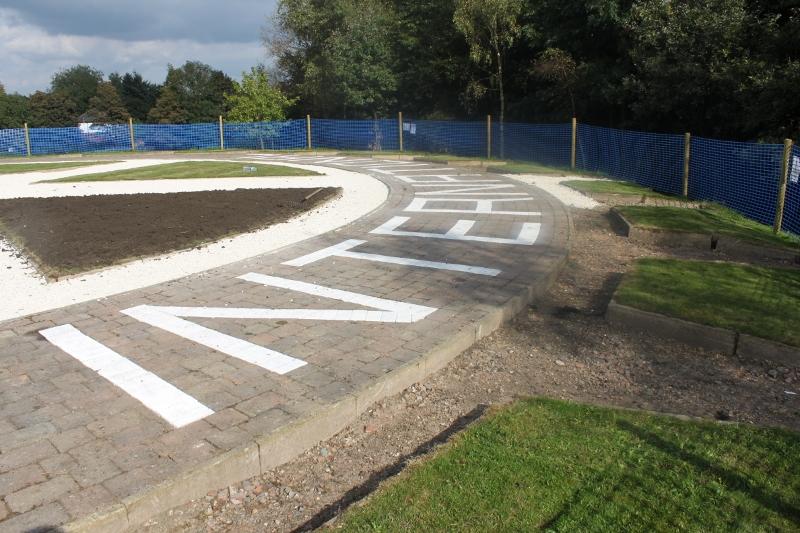 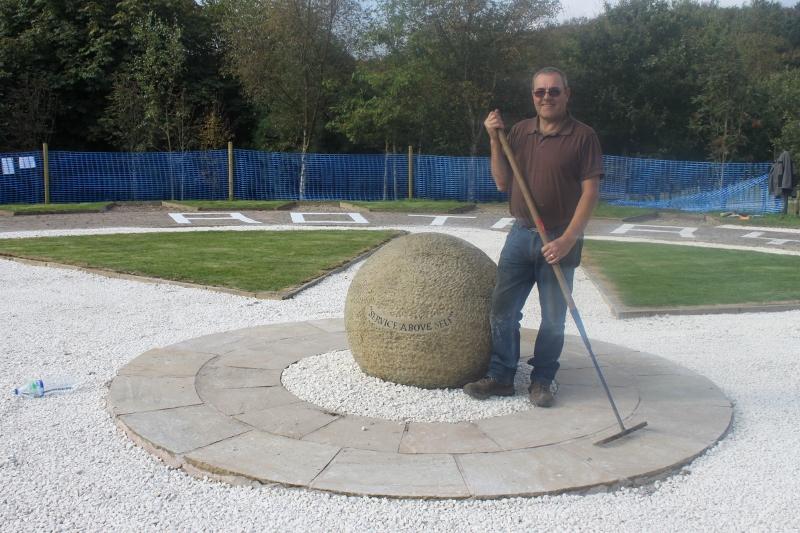 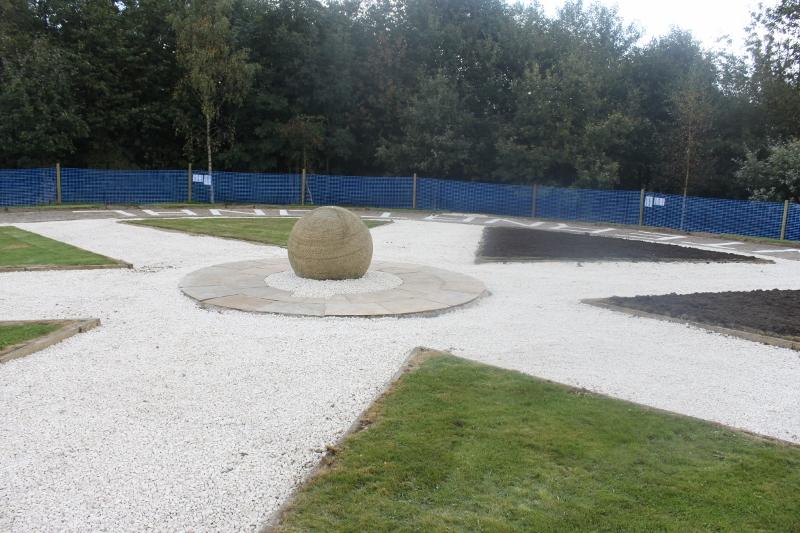 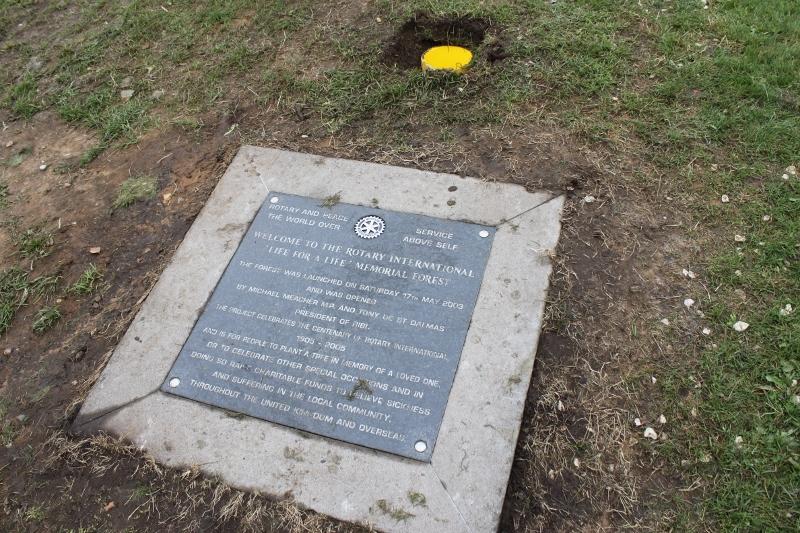 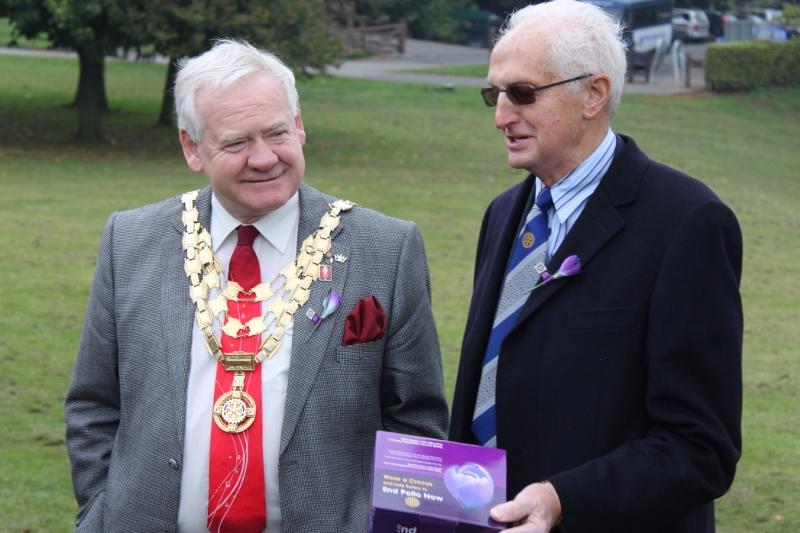 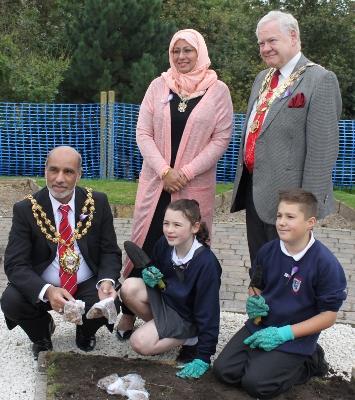 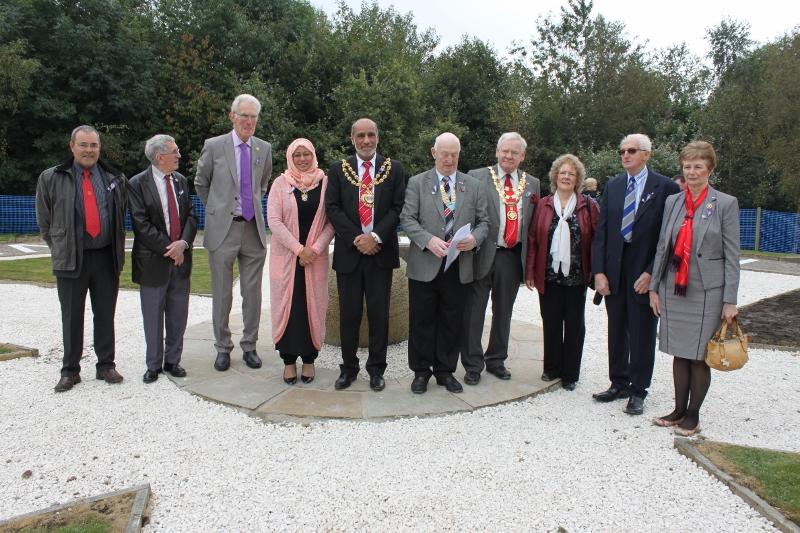 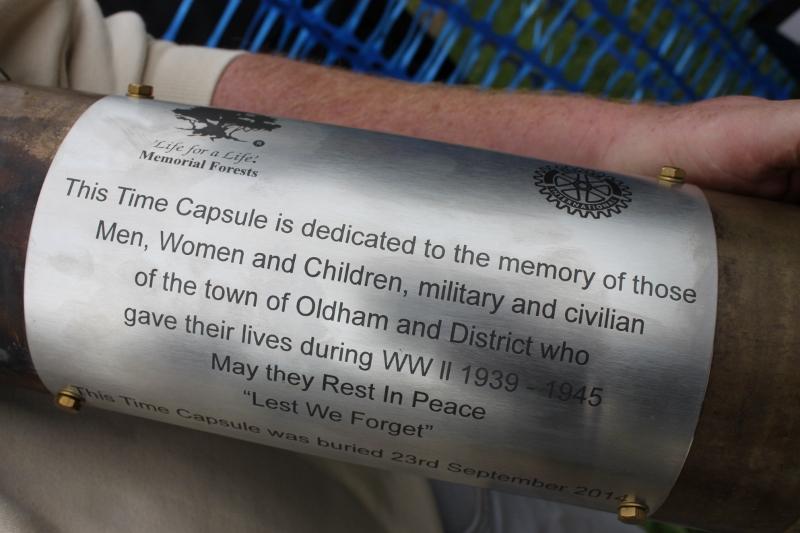 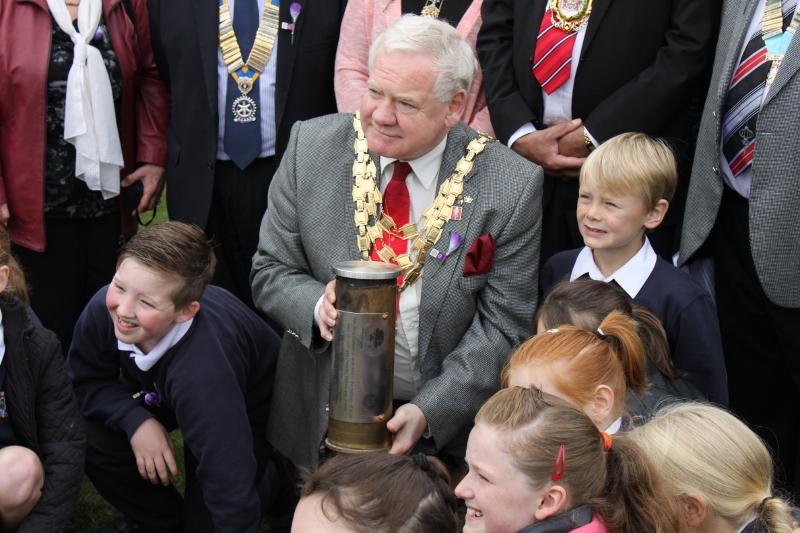 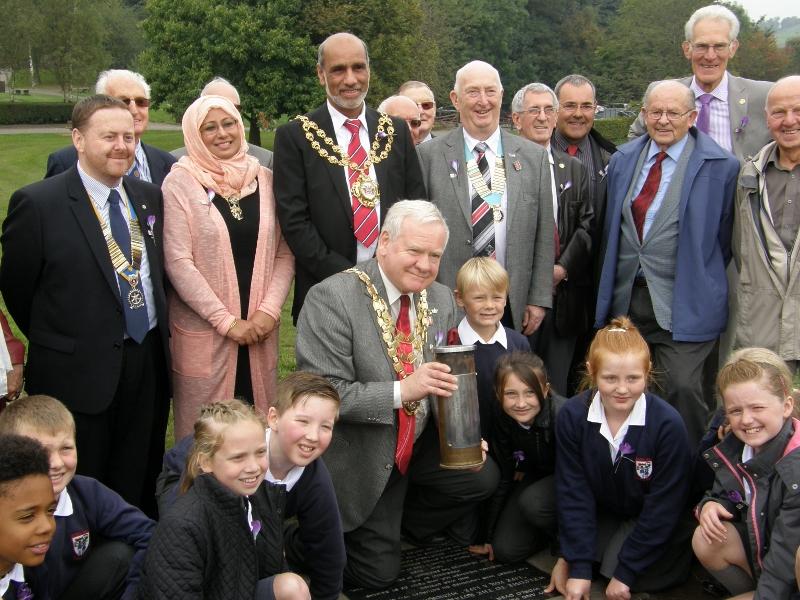 The largest permanent Rotary wheel in the UK, and everywhere else except the United States, is situated in Tandle Hills Country Park, Royton.  It was recognised as a Rotary National Centenary project in 2005 and was led by local Rotarians Mel Farrar, and Tony Tomlinson of the Oldham Metro Club, Morris Garrett of the Middleton Club and Gerry Dignan of the Crompton and Royton Club. Recently an improvement project, aimed at securing the future of the wheel and minimising maintenance costs, was made possible by help from within the Crompton and Royton Club, who have been strong supporters of the wheel from the outset.

On Tuesday 23rd September 2014, the President of Rotary International in Britain & Ireland (Rotary GB&I) for 2014-15, Peter King, visited Oldham on his tour of the North West Clubs, to see improvements being made to the Rotary Wheel. Accompanied by his wife, Mrs Di King, he was welcomed by the Mayor and Mayoress of Oldham, Councillor Fida and Mrs. Hussein, and saw the work being done by Life for Life, with help from Crompton & Royton Rotarian Philip Day, to replace the golden gravel with a lime stone topping  and pick out the Rotary International writing ever more clearly.  During his visit he met local Rotarians and children from Royton Hall School who were planting up two of the wheel segments with purple Crocus bulbs.

In a short ceremony chaired by District Governor Stuart Sawle, the National President laid down a Time Capsule in a used artillery shell, which linked this memorial site to the First and Second World Wars. The Time Capsule, to be opened on the Bicentenary of the Rotary movement in 2105, holds an account of the whole project and, close to the anniversary of WW1, highlights two themes: Oldham Remembered - a view of Oldham today from the Oldham Chronicle (the voice of Oldham for more than 150 years!) and Oldham Remembers -  articles published in the Chronicle surrounding the Anniversary of WW1 and personal memories and accounts drawn from Oldhamers' family recollections of experiences in both world wars.

Commenting on the visit the Chairman of the Rotary Wheel Forest Committee Mel Farrar noted "The RI President's Message was 'Light up Rotary, let the world know that you exist and what you are doing' and we feel that this project, which is a brilliant example of co-operation between the Council, Life for a Life and Rotary does just that. When these improvements are completed the wheel, which is on one of the flight paths into Manchester Airport, will be even more visible to many of the 22million people who come to the North West by air each year. The Crocus bulbs draw attention to the major Rotary endeavour End Polio Now, the aim of which is to eradicate Polio from the whole world. With matching grants from the Bill and Melinda Gates Foundation, Rotary has contributed over $1.2billion to help vaccinate children across the globe, and last year polio was down to only four countries and a few hundred cases. The purple crocusses (reminding us of the dye which is put on the fingers of children who have just been vaccinated) will come up every year and in the not too distant future these children will be  able to come back to the Rotary Wheel and say - Job done!."