An update on our recent VTT to Tanzania from Nita Odedra, Laura Todd and Zoe Bain 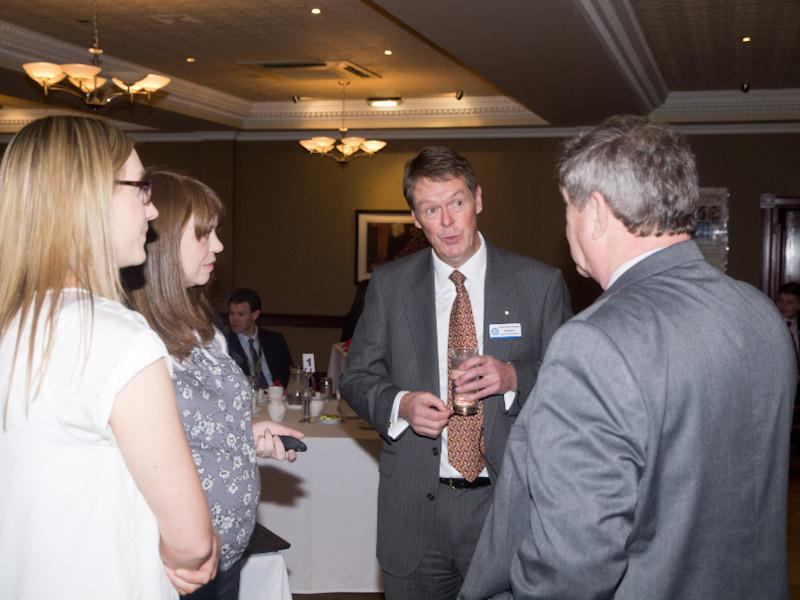 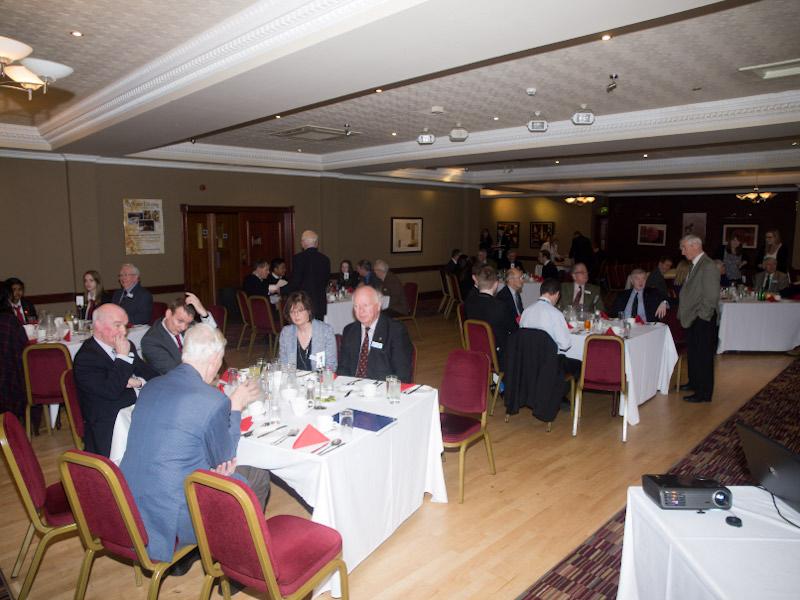 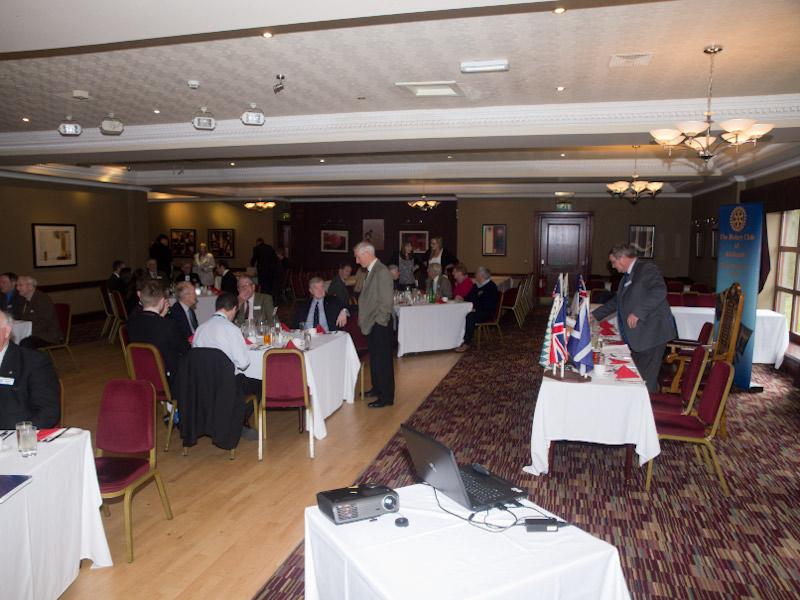 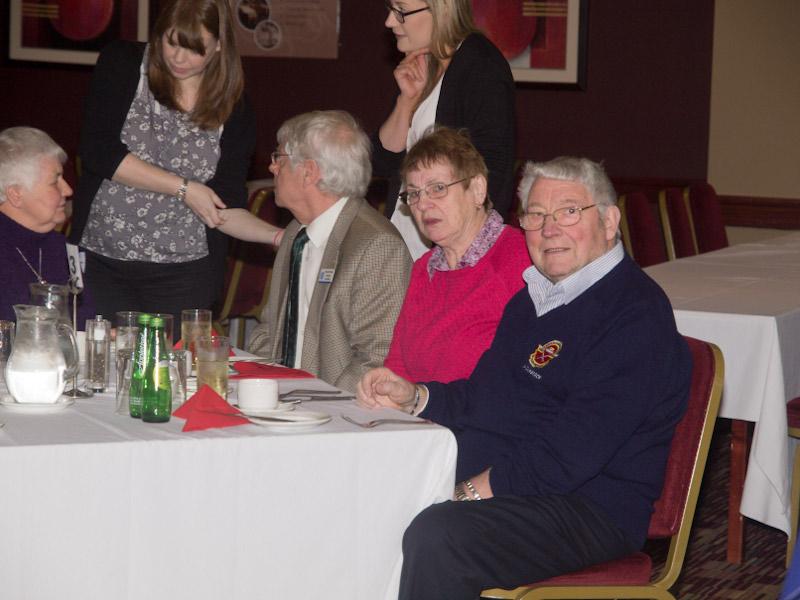 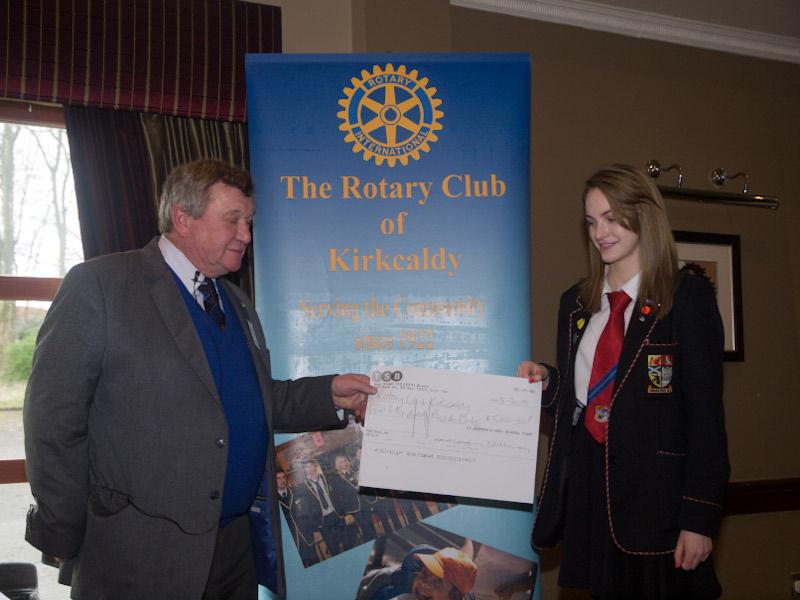 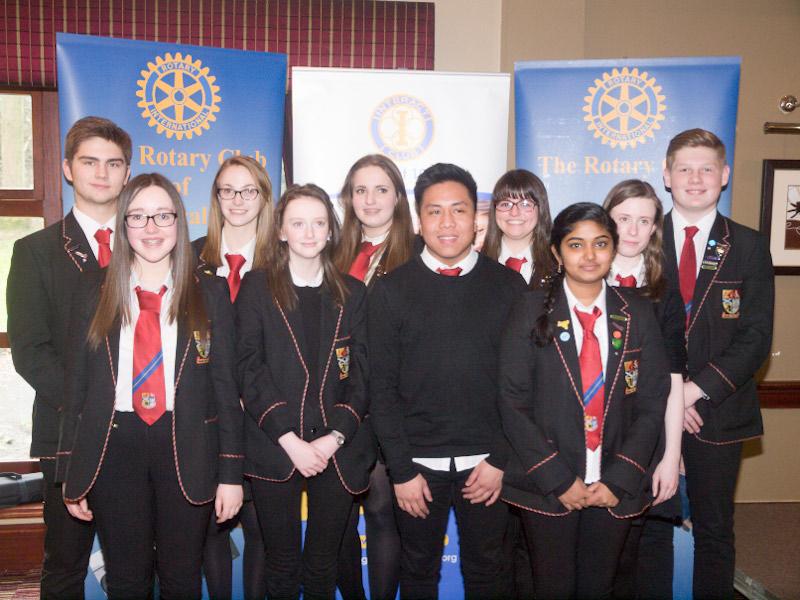 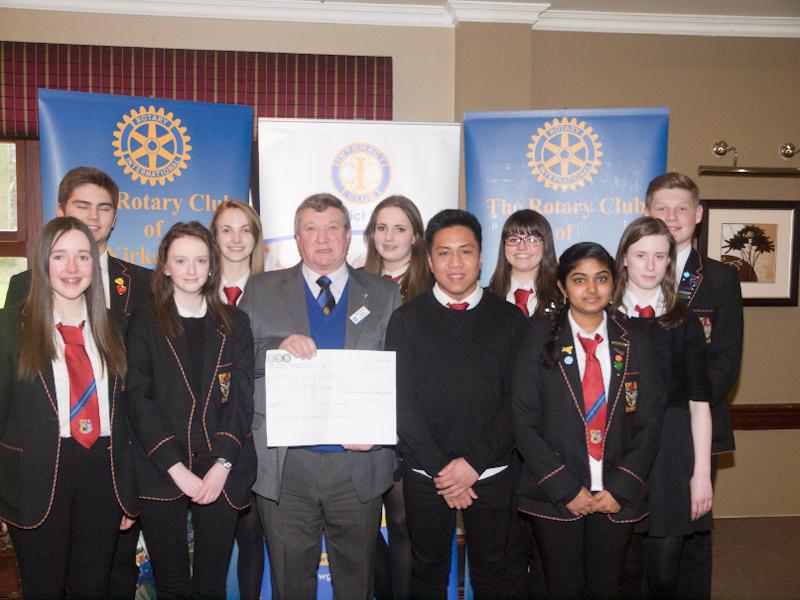 Past President Les Soper opened the weekly meeting of the Rotary Club of Kirkcaldy at the Dean Park Hotel. He gave apologies for President Brian Munro who was unwell and went on to welcome all attending. A very full attendance with 28 members and 19 guests.

Among the guests were 10 pupils from the Interact Club at St Andrews HS along with Gordon Wood, the Depute Head and Ian Gibson, the Interact Facilitator. The Interactors have been raising funds throughout the year to pay for a Shelter Box The aim was to raise enough to pay for half the cost, with the Rotary Club paying the balance. However, their hard work and enthusiasm has taken them well beyond their target and they were congratulated for their efforts as their President Sorcha Wood handed over a cheque for