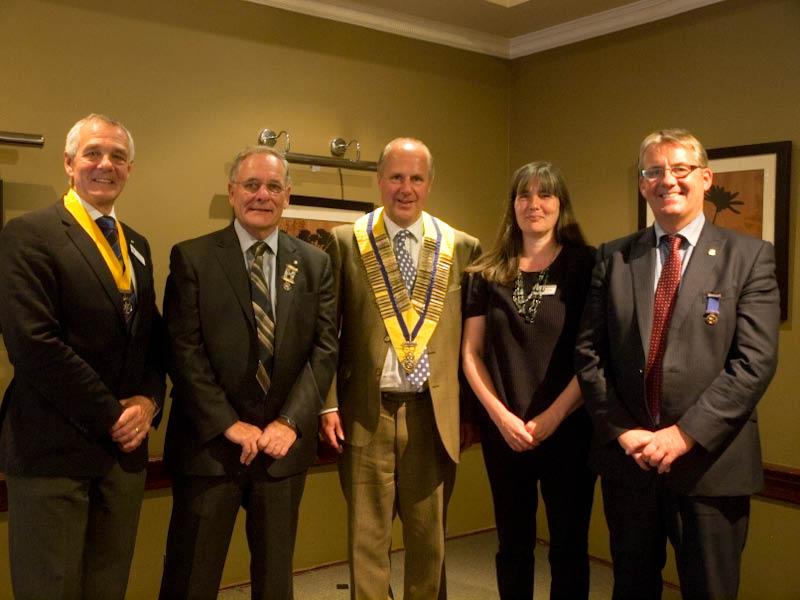 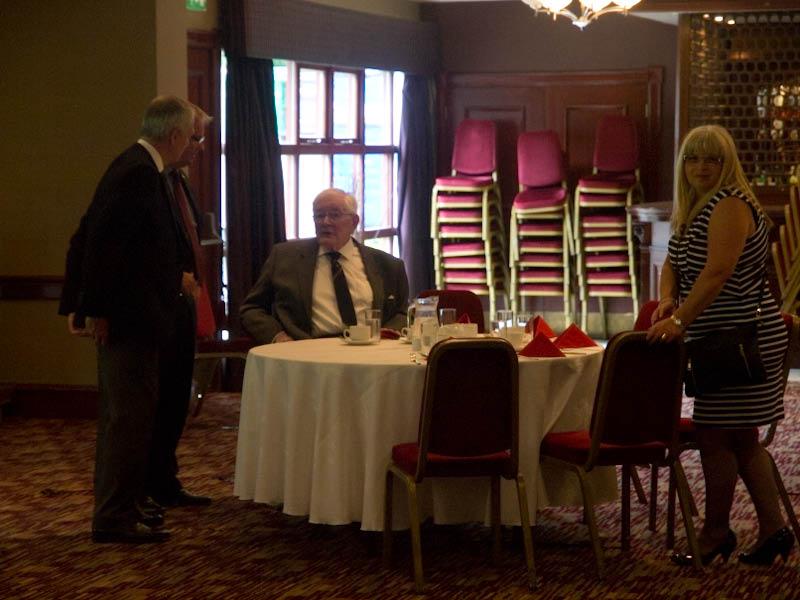 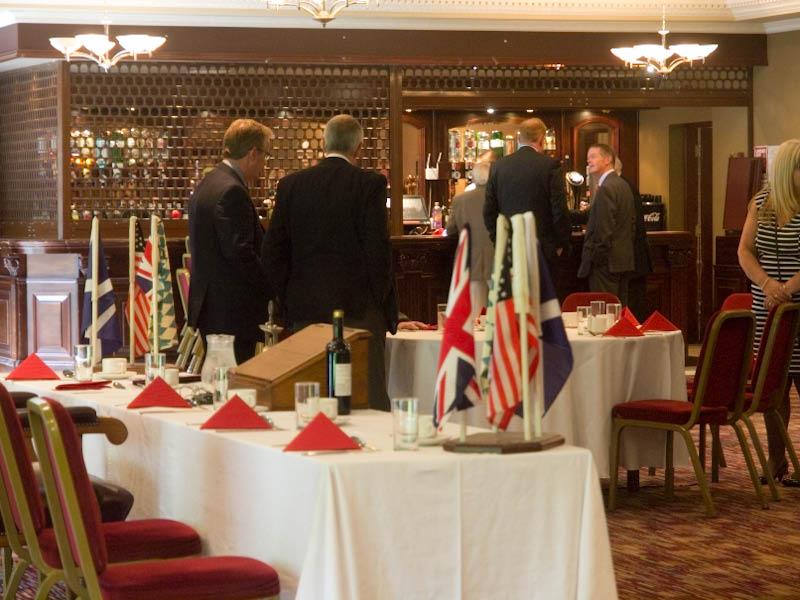 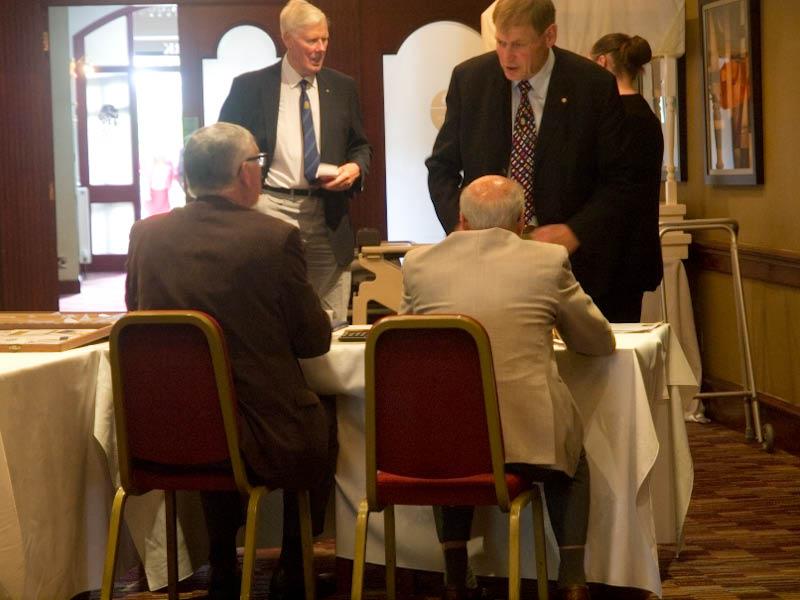 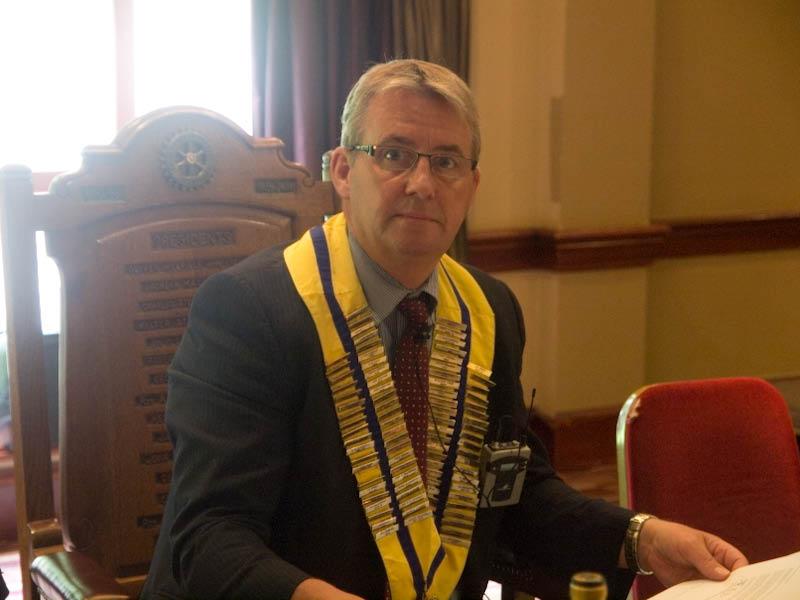 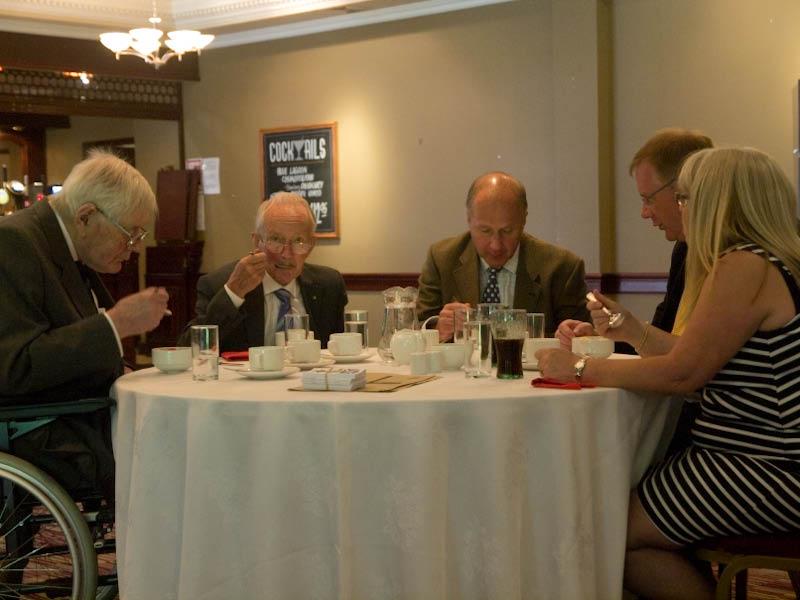 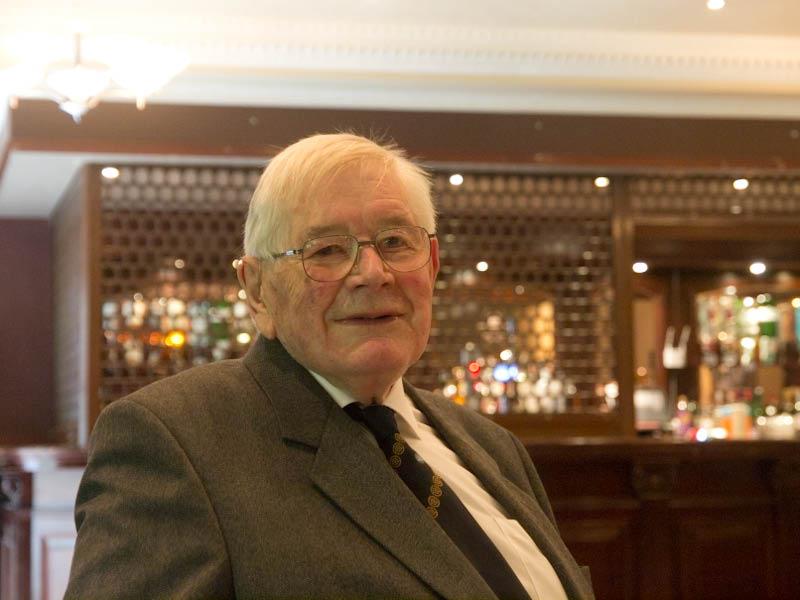 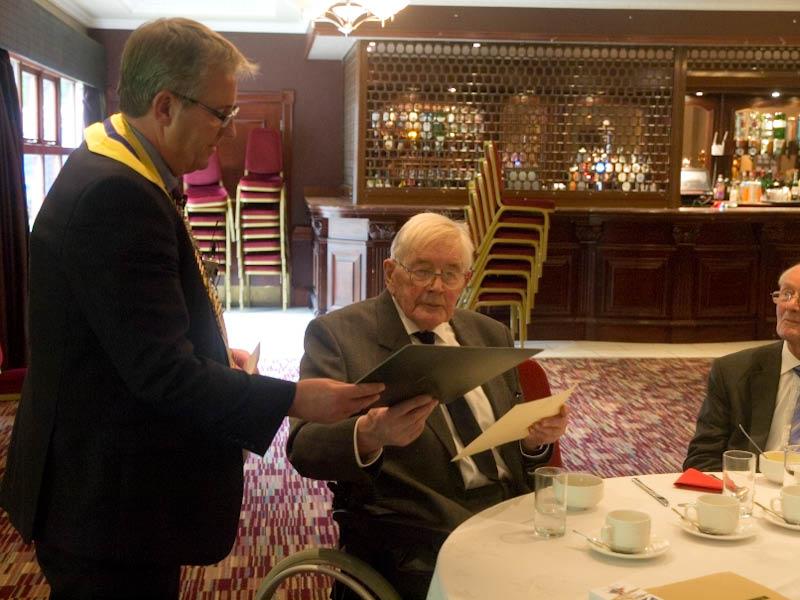 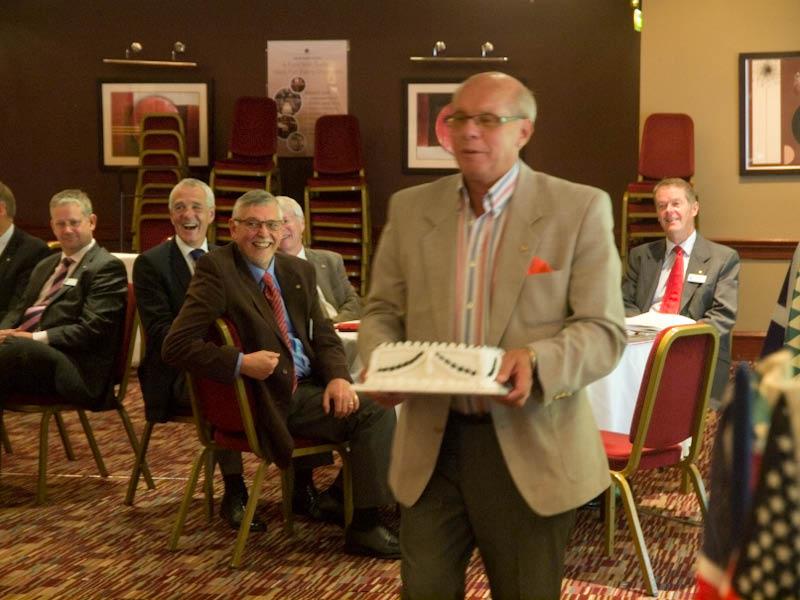 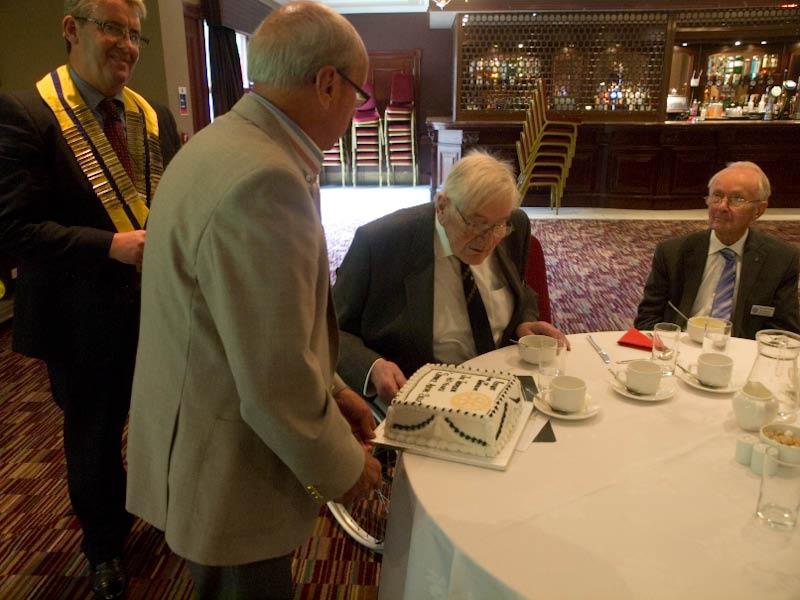 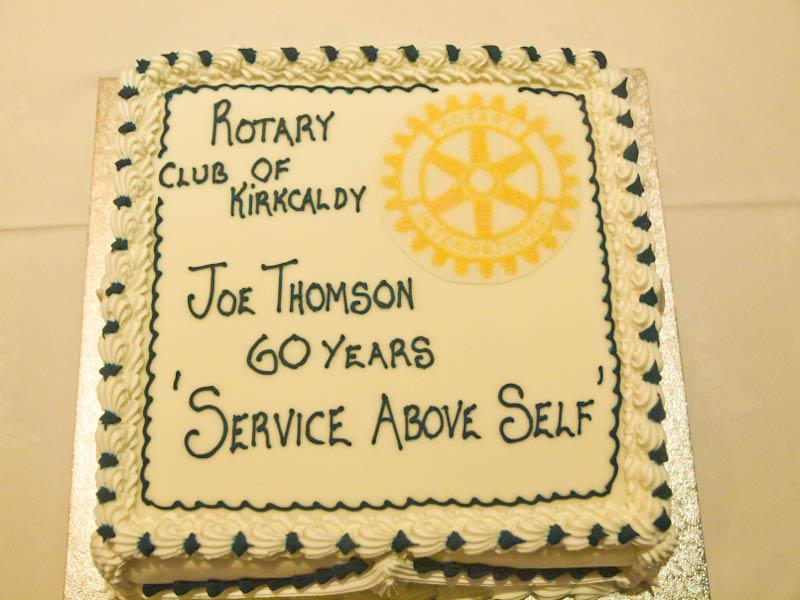 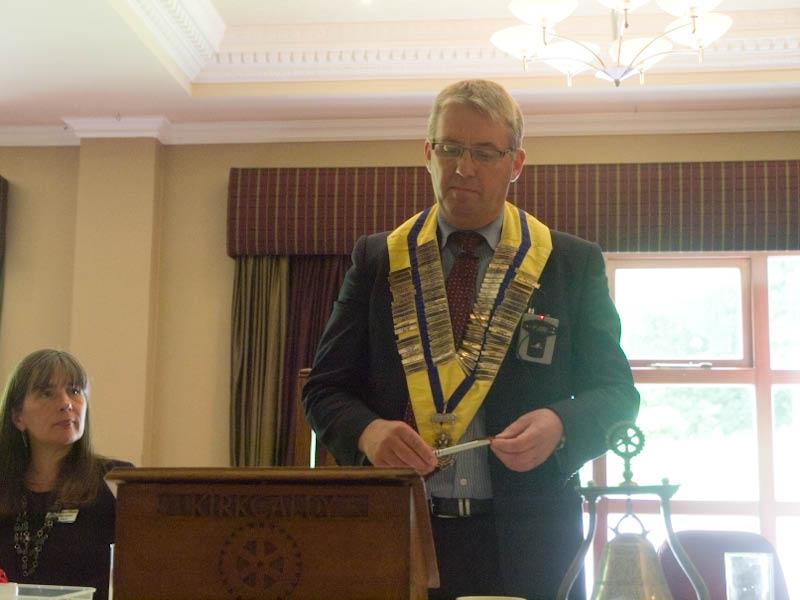 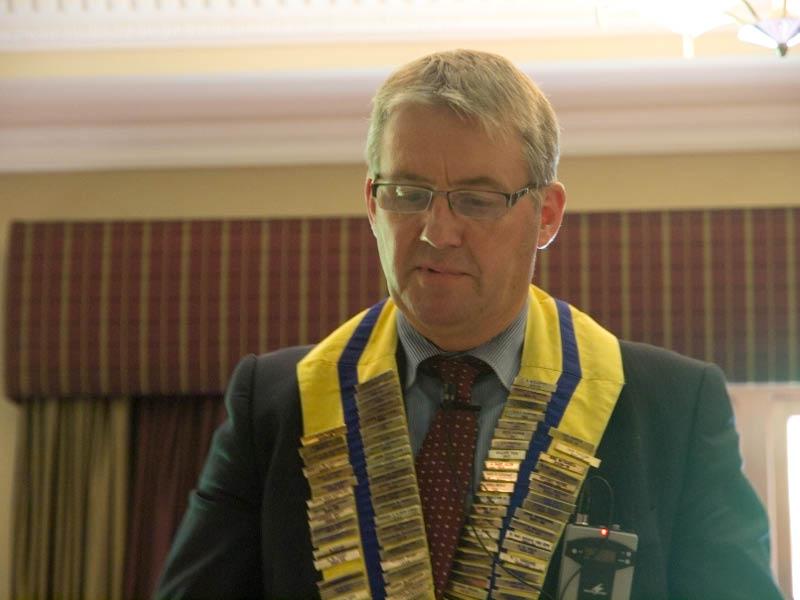 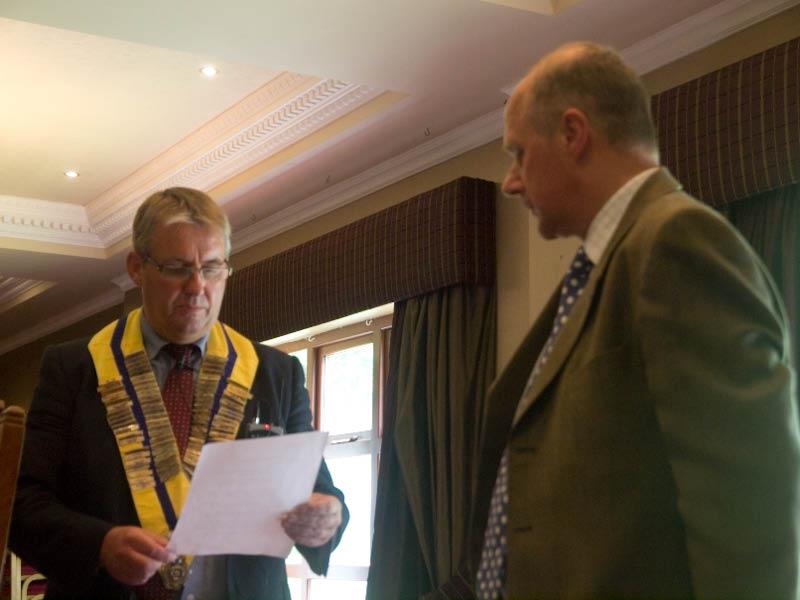 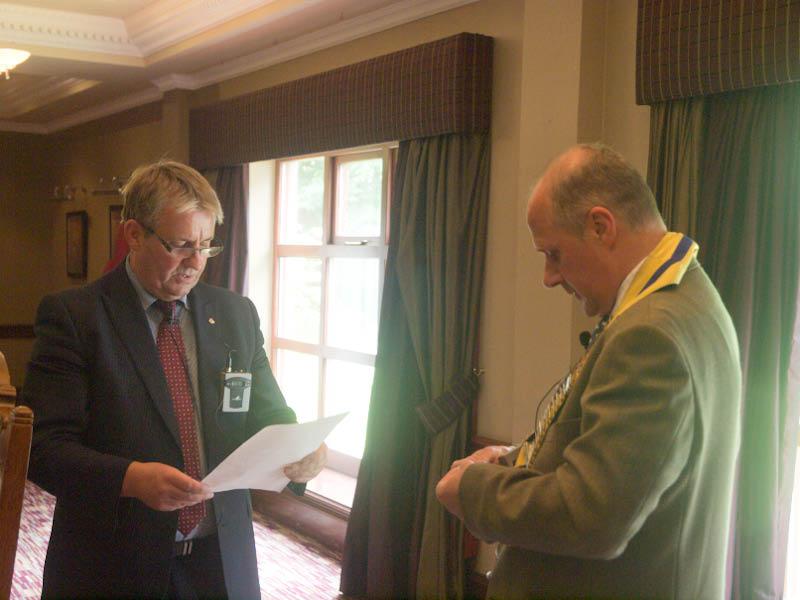 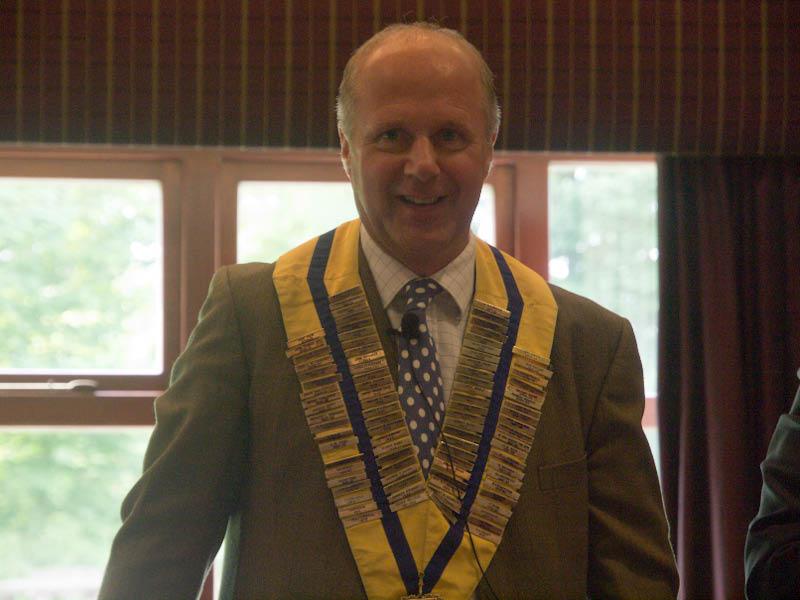 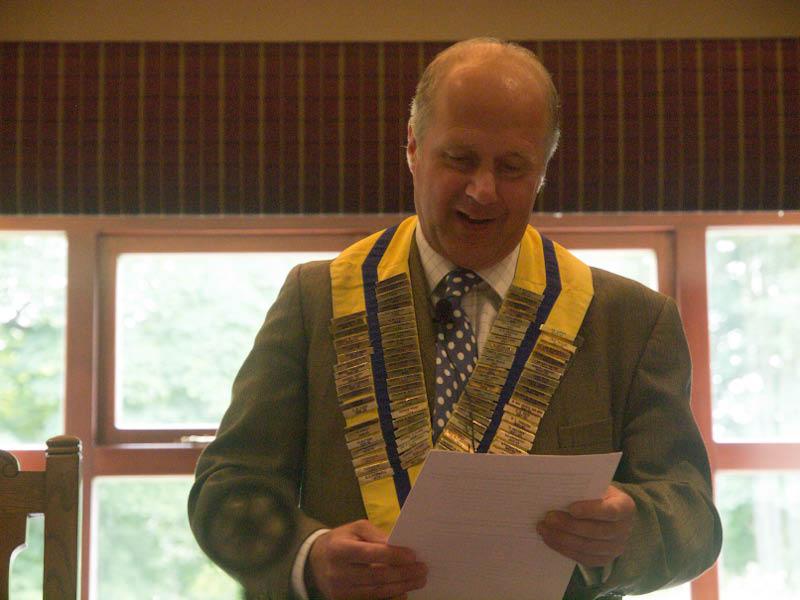 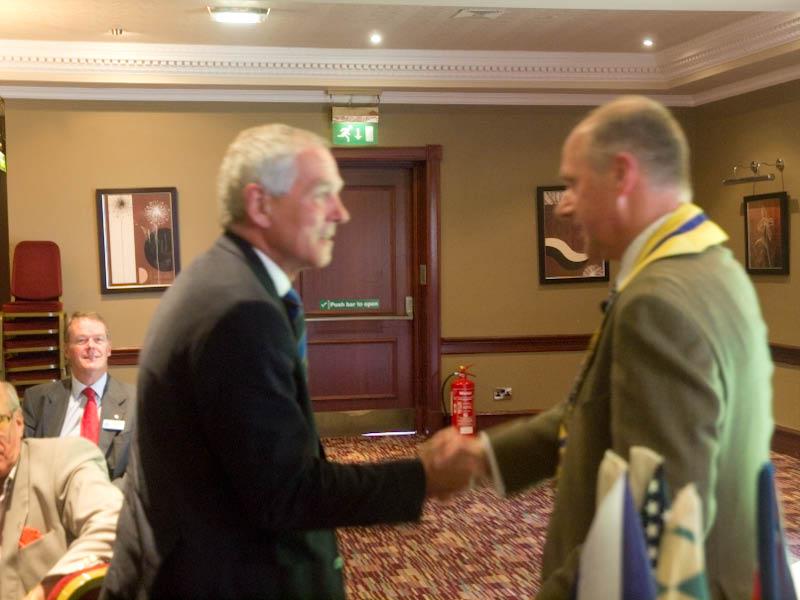 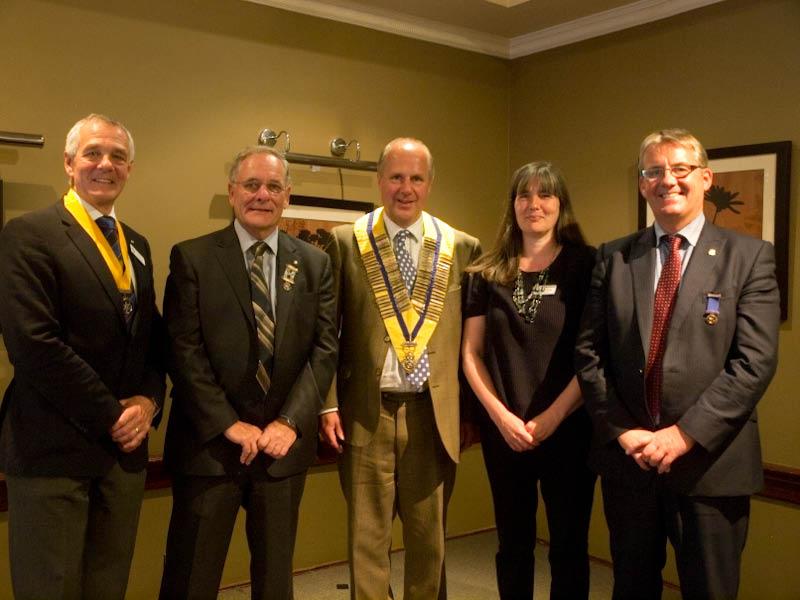 ‹ › ×
On June 30th President Brian Munro welcomed 26 members of the club and two guests to the weekly meeting of the Rotary Club of Kirkcaldy at the Dean Park Hotel.

As Handover Day this was Brian’s last meeting in the chair and there was no speaker. However he started the meeting with a very special presentation to Rotarian Joe Thomson. Joe has been a member of the Rotary Club of Kirkcaldy for 60 years and the club was keen to mark the occasion. President Brian presented him with a framed certificate and honorary membership of the club. He also read a letter of congratulations and thanks for his service to Rotary from RI President Gary Huang.

The Treasurer (who has 34 years to go to catch up on Joe) announced that as July marked the start of the new Rotary year, subs were now due.

Ron McGill updated members on Bob Buchan and members expressed their good wishes for him.

Secretary Rod Scott gave a short report on the Kinship Care event at Burntisland which he had attended with David Muncey and Lindsay Stewart. It had been a fantastic day with 350 children and their carers there, enjoying the shows, ice cream and a scavenger hunt on the beach. Rod hoped that if the event happened again that the Club would support it.

Ann Mitchell reported that she had attended the District Governor handover in Inverness and that she would be continuing as Assistant Governor for District 8.

President Brian then gave his valedictory, thanking all club members for their support (and putting up with his weekly trivia…) He highlighted Rod Scott for his guidance and stalwart support as Secretary, PP Ann Mitchell and Iain Gow for their advice, PP Bill Stewart for his work as Treasurer and Sharon Hopkinson for all her work and for making his year so much easier. He asked members to spare a thought for those members and friends we had lost over the year too.

He then inducted John Kilgour as President, presenting him with his chain of office and regalia. President John then thanked PP Brian for all his contributions over the past year and gave him his Past President’s medal. He also thanked Rod warmly for the last 5 years as Secretary and welcomed Jack Dempsey as his successor.

John was honoured to take on the role, having attended his first meeting aged 5 and now following in his father and uncle’s footsteps. He hoped this year the Club would continue to reach out to the younger generation, building on the work with Kirkcaldy’s High Schools and extending that to Fife College, but also extending our support to older people in the community.

He thanked PP Bill Stewart and Jack Dempsey as his Treasurer and Secretary for the year to come and then went on to induct Mark Rossiter, who had stepped up to become Senior Vice President at short notice. Dallas Mechan and Robert Main were welcomed as Junior Vice Presidents.

At that point Rod Scott ceremonially handed over the Secretary’s badge and official briefcase to Jack Dempsey with a heartfelt exclamation and a round of applause, followed by signing of papers.

The meeting closed with the toast to Rotary International.