Well done to Lydia for winning this competition - and also the District 1100 competition.
Now to the Rotary Regional Final - see detail for April 19. 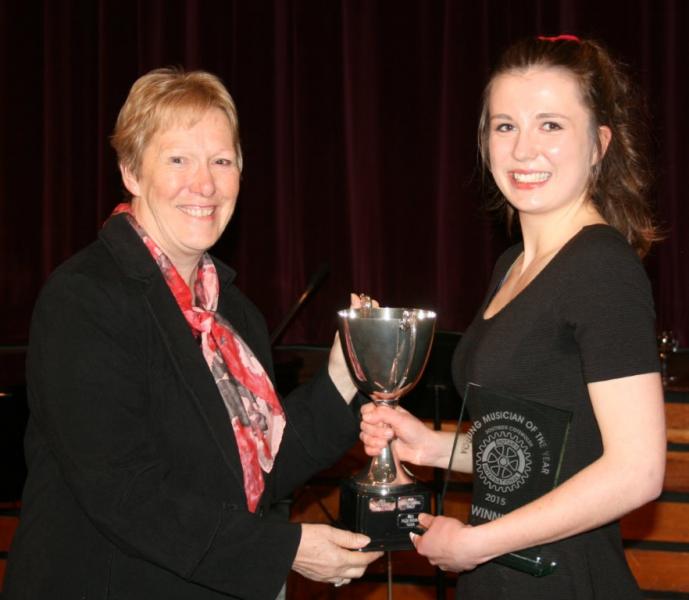 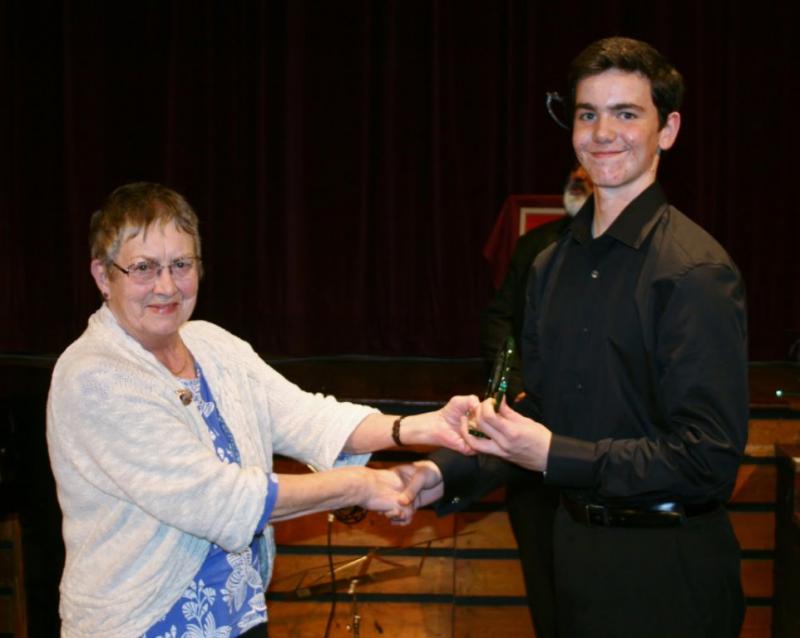 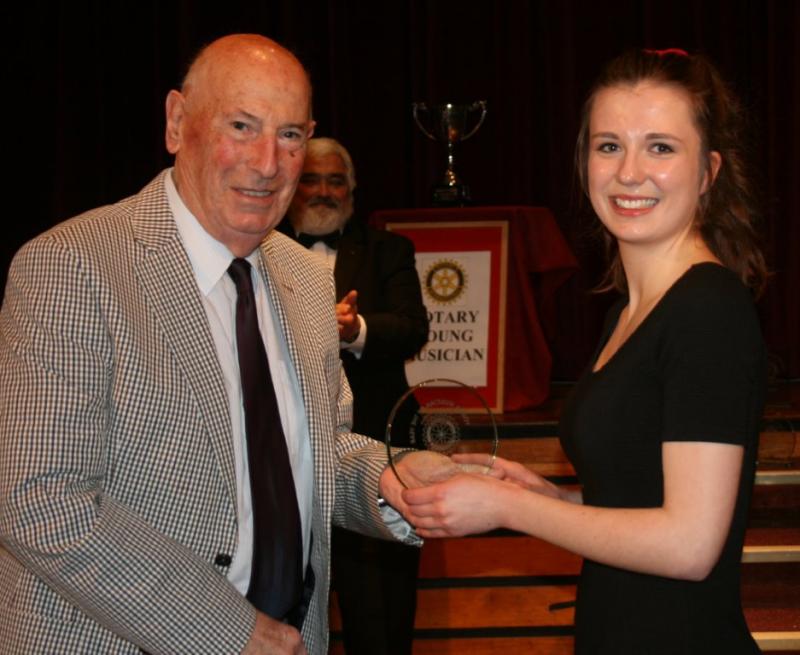 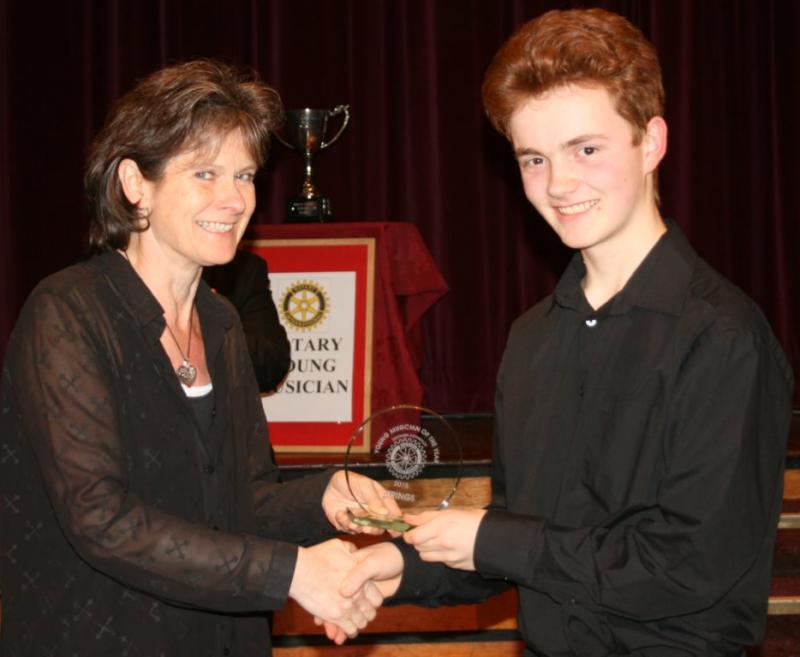 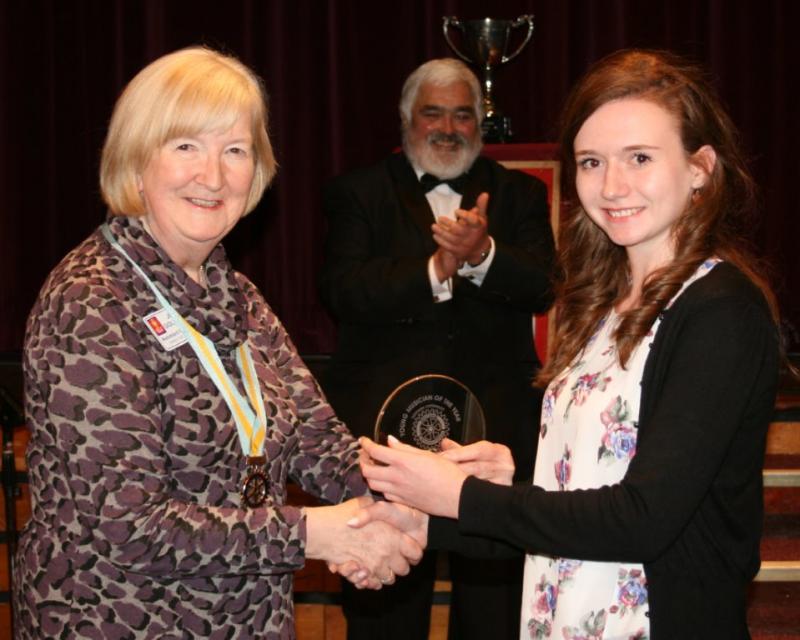 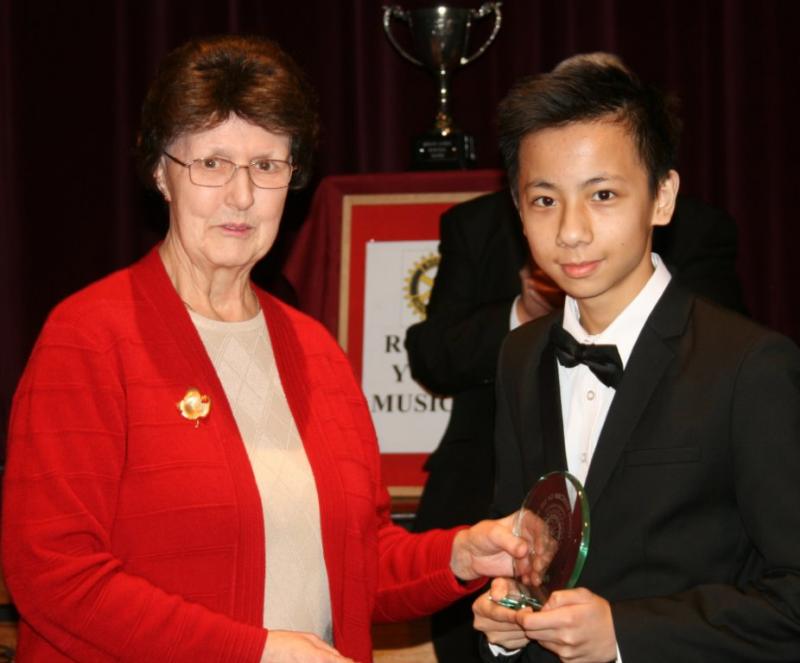 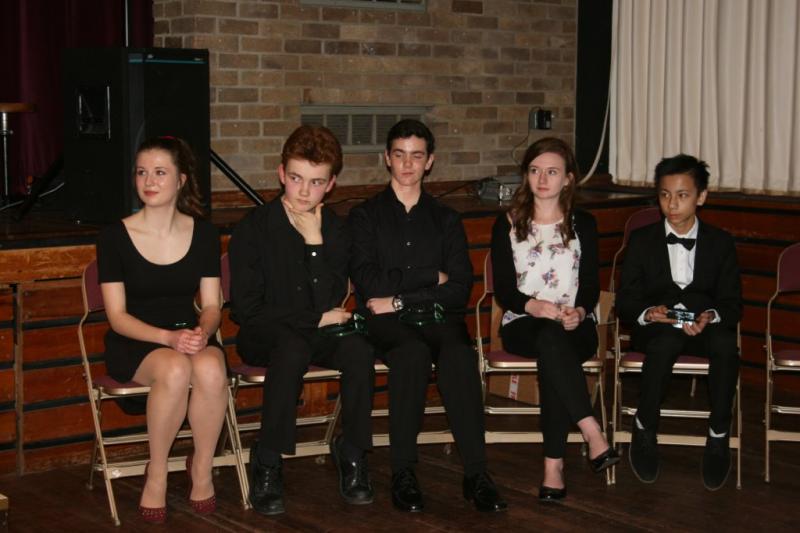 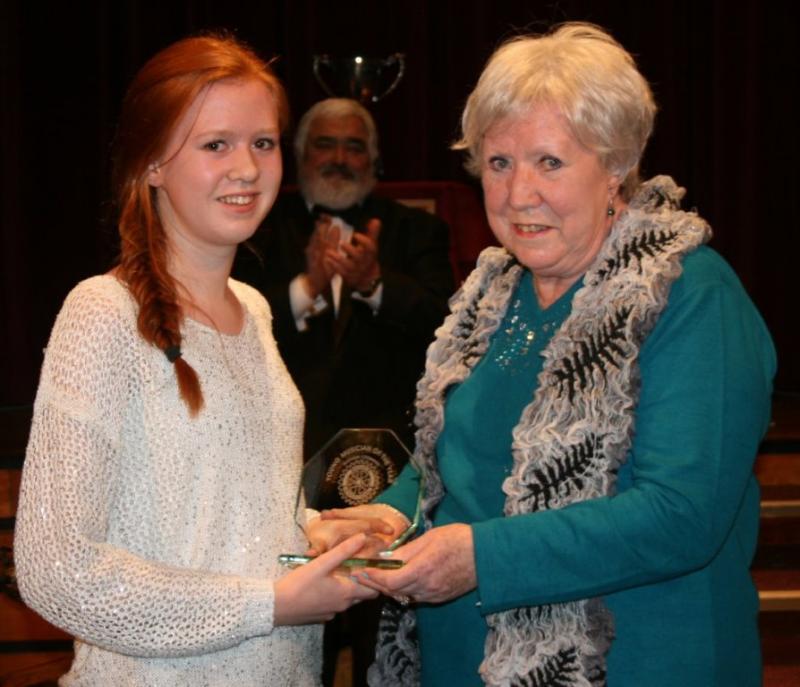 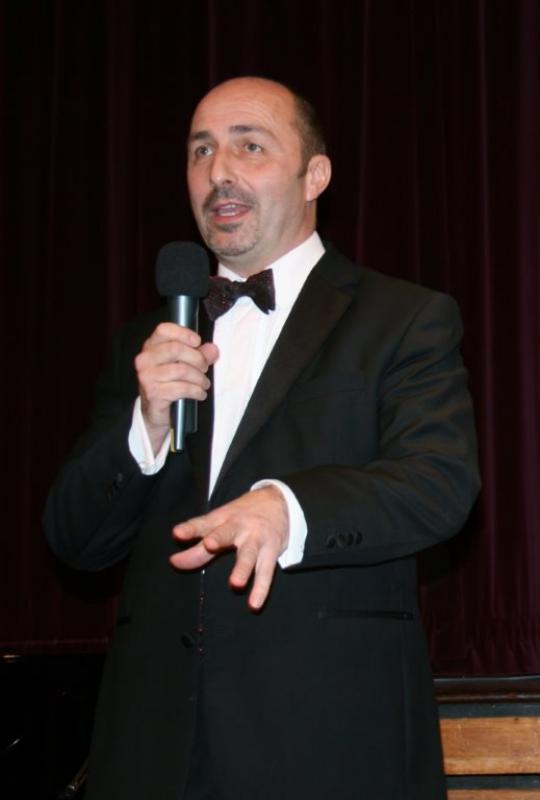 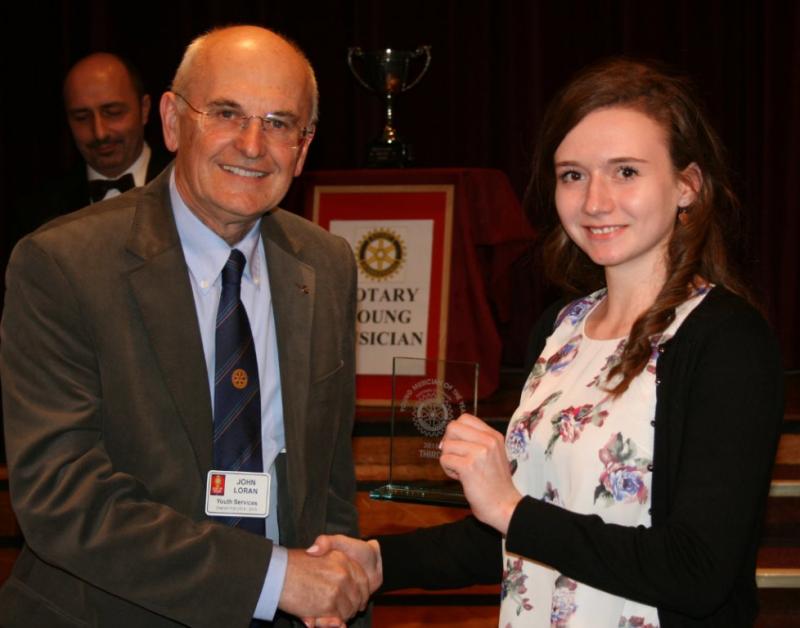 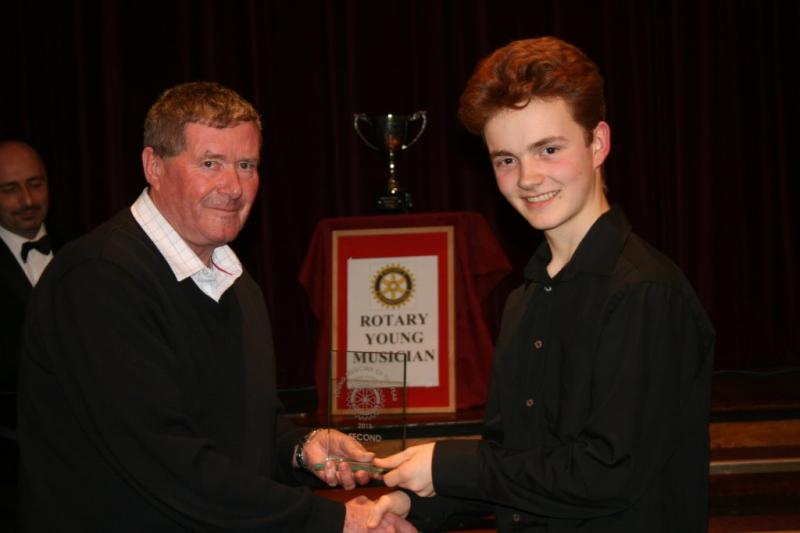 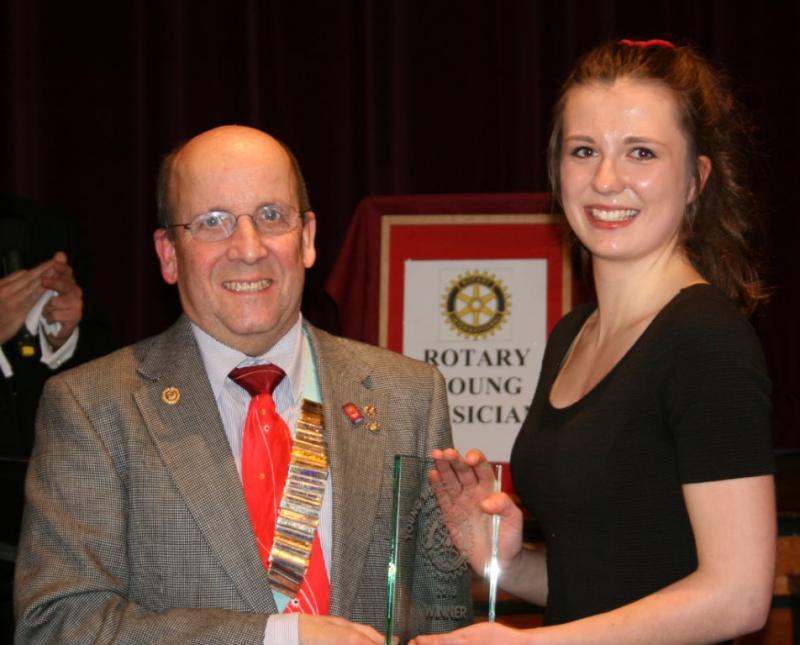 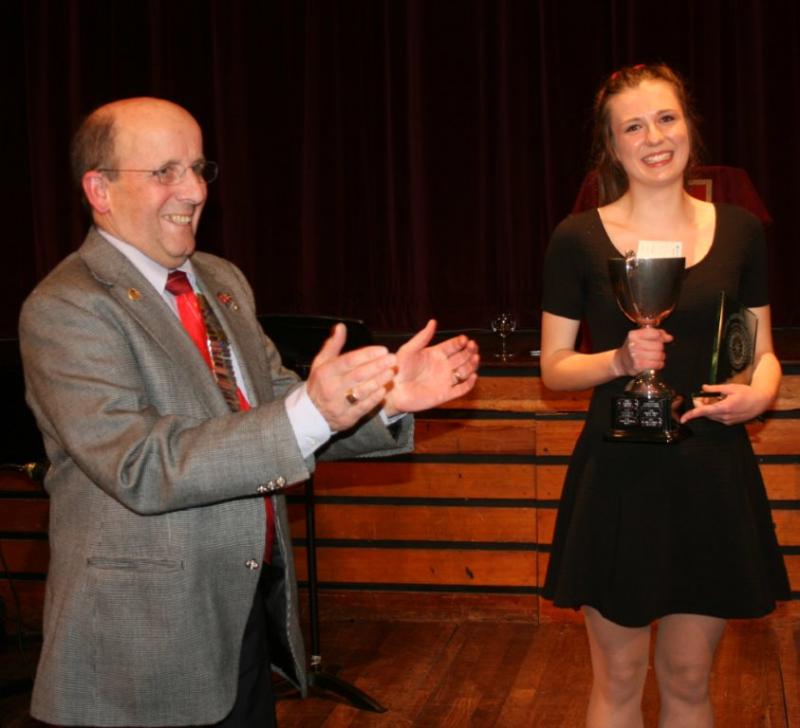 And what a stunning evening!

Despite the atrocious weather, there was a record turnout to see ten very talented young musicians, compete for the Mervyn Norris Memorial Cup, together with other valuable prizes.

After the five judges had deliberated on what was a very difficult decision, the winner was announced as Lydia Kenny from Rednock School.

She introduced and performed a selection of three very different styled pieces on alto sax.(the accompanying picture shows her receiving the Mervyn Norris Memorial Cup which was presented by Joan Norris)

Hosted by Wycliffe College, the 10 young musicians, selected from previously held heats, competed for the Mervyn Norris Memorial Cup and acheque for 300.In addition the winners school will receive 500 for the purchase of musical instruments.

Runners up received cheques and trophies and all contestants receive a certificate of participation.

We must thank the sponsors of the event for these prizes - Bear Street Garage-Wotton under Edge;  Rover European Travel-Nailsworth;  Mrs Gill Cappi and Dr James Cappi;  Mrs Penny Perkin;  Don & Enid Lewis.  And also to James & Owen Stationers of Stroud and the Old Spot Inn Dursley for facilitating the programmes and  planning meetings.

Lydia will be invited to participate in the District Rotary Young Musicin Competition (at Dean Close School, Cheltenham, on 22nd March), and if successful, in the Final(Bristol Grammar School, 19th April)

We are delighted that one of our previous winners became a national Young Musician of the Year.Additionally the winner will have the opportunity to perform with Jonathan Trim and the Capriol Orchestra at some stage in the future.

A huge thank-you to the Head and Governors of Wycliffe for allowing us the use of their superb facilities - and for our team of judges - Derek Barnes (brass); Janet Baldwin (woodwind);  Chris Finch (guitar);  Robina Sabourin (strings);  and Michael castle  (piano, and chair of the judging panel.)

Do have a browse through the photos attached.