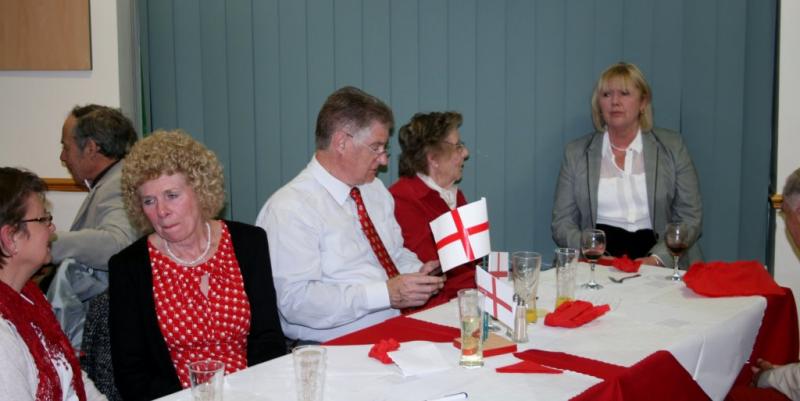 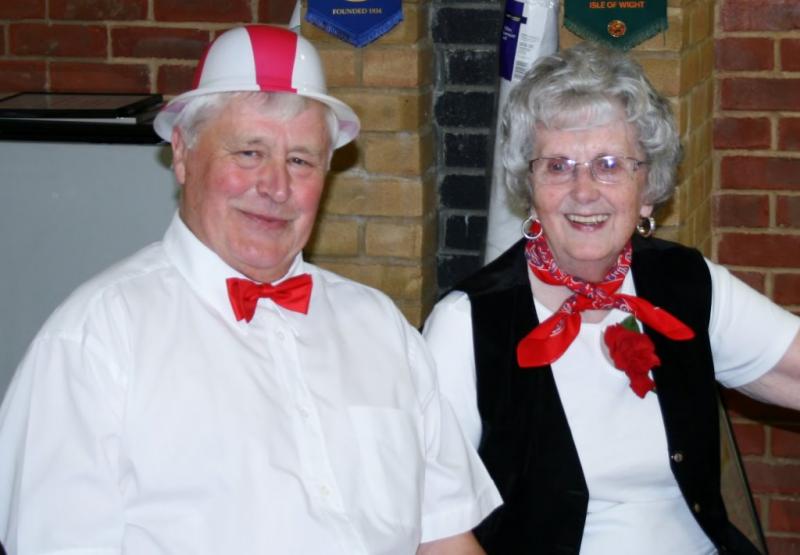 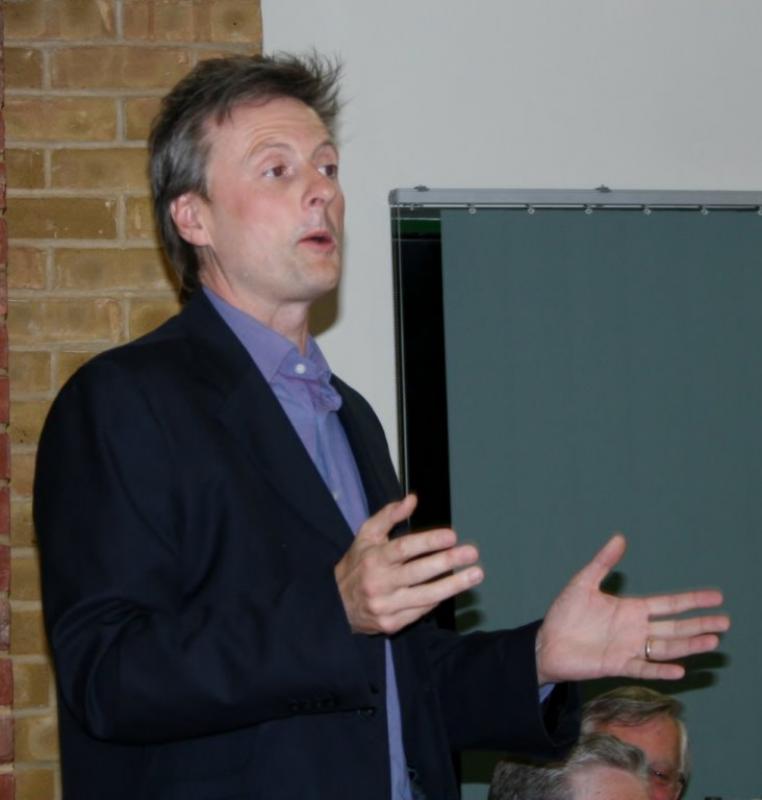 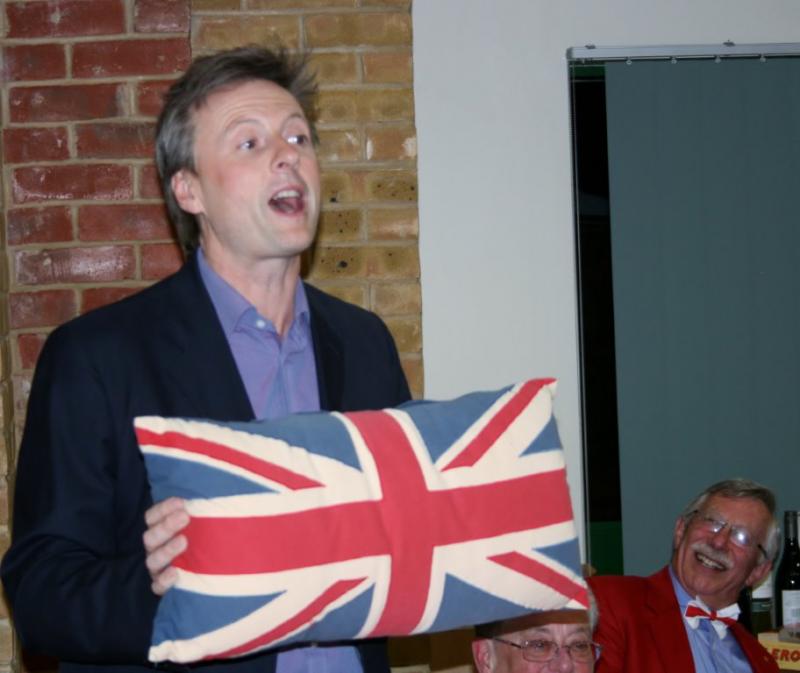 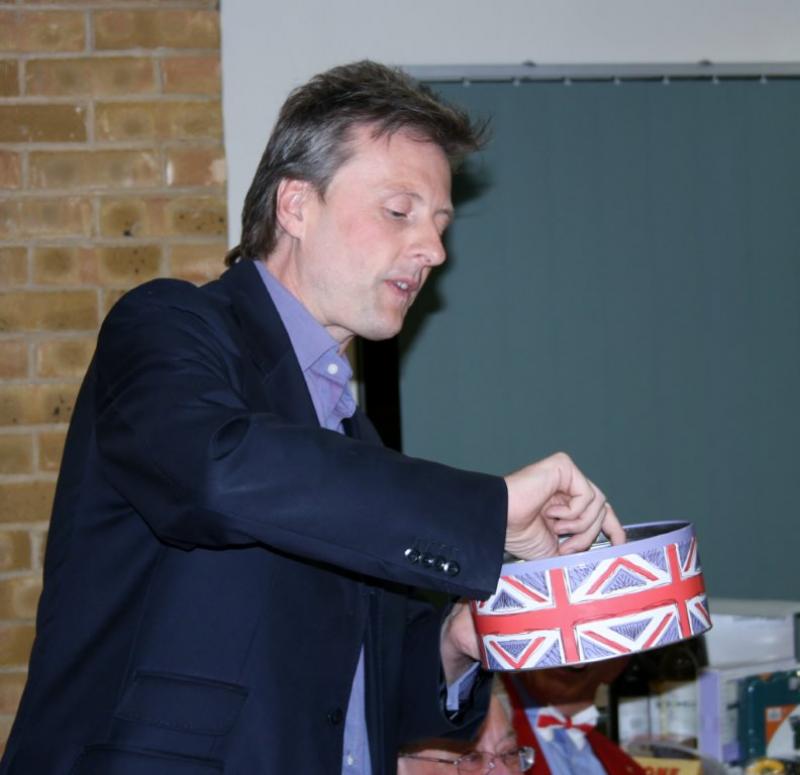 A CELEBRATION OF ST GEORGE

We certainly celebrated the eve of St George’s Day with a Dinner and Speaker evening to remember.

Held at the Stroud Bowling club, on Wednesday evening, we needed the extra room due to the marvellous support we had.Ourguests included past members, friends of Rotary and Rotarians from Stroud and Royal Wootton Bassett Rotary Clubs.

But our most important guest was our Speaker for the evening - Mark Cummings from BBC Radio Gloucester.

Mark hosts his early morning show from 6-00 am ‘till 9-00 am, for which he has to rise around 4-30 am, not much fun in the winter months.When Mark agreed to come and talk to us, it was on the condition that we would let him get away in good time.In the event he was very generous with his time with us, not leaving until gone 9-30.

Hailing originally from Yorkshire, Mark moved this way early in his career, and spent time working in Swindon and Bristol.He met his wife in this area, with whom he now has two daughters, and for some 25 years or so has worked in local radio broadcasting.

Having moved to this area, he obviously fell in love with the whole Cotswolds area and displayed an in depth knowledge of the places and people he has met over the years.He gave us an amusing insight into his friendship with Mike d’Abo, who of course did a concert for us back in the day.

Mark really entered into the spirit of the evening, with some suitable props and stories to go with them.He related to us how he had once interviewed Rosie (Rosalind Buckland) from the first of Laurie Lee’s trilogy,‘Cider with Rosie’,He brought us right up to date, with humorous anecdotes relating to the topical subject of interviewing our political leaders.Including, even conducting an interview from home with Ed Milliband, by ‘remote operation’.

He concluded the evening by recording some brief ‘sound bites’ from volunteers from the audience.To this he added an 8 o’clocktime check expertly given by Derek Rogers and supported with cheers from everyone else, all of which he played back the following morning on his show.

A great evening was enjoyed by all and I suspect Mark has increased his listening audience by a few more people.