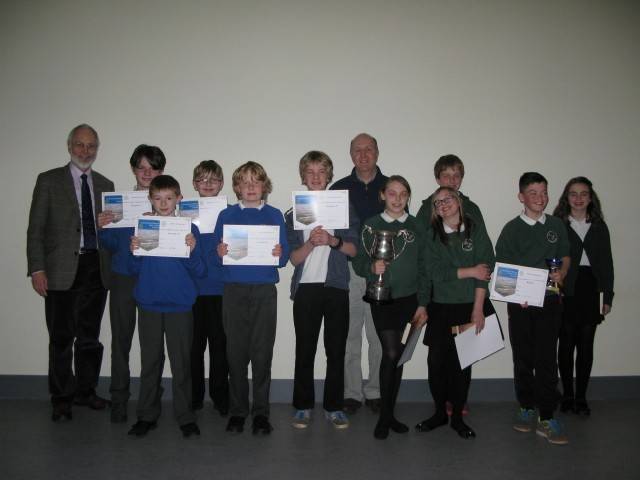 Show related pages
The quiz was held on Wed April 1st  in the Academy Theatre .
It proved an excellent venue for the competition with again great cooperation from Brian Clark , the janitor. The sloping seats were pushed back to allow us to put the team tables just off the stage and still accommodate some 50  teachers, parents and other supporters. The projection system is excellent and Alan Smith had arranged for Ross and Bruce Cowie  to  assist  Peter Myles in setting up his slides and films so that he got them on the right wall ,at the right time, in the right order and on the right night
Jim Brown was chairman and welcomed   six teams – Auchenblae , Fettercairn ,Luthermuir , St Cyrus , Redmyre and Laurencekirk and we made up a team of the reserves . St Cyrus won the competition and now go forward as our representatives at the Area Final  at Burnside School , Carnoustie on Sat 25th April at 10am. Laurencekirk were a very close second
We have had many emails from the Schools thanking us for an enjoyable evening .  Jim Cargill presented the Cargill  Trophy on behalf of his Family and  President Mike assisted in the presentations . Our particular thanks to Peter Myles for  compiling and asking the questions – they were pitched just right-- not overly difficult  with some  more challenging .. Also a big thank you  to Isobel Smith  for all her advice and support in setting  up the competition and  for being the Carol Voderman on the night.
And also our thanks to all the Rotarians who acted as markers –   Mike Robson ,David Nelson, Grace Black , Ed Murray , Douglas Lamb ,Sandra Bartram and Kathleen Murray who also stepped in to help .Also our thanks to Marion Robson who donated her beautiful handwriting skills to inscribe the Book Prizes . Onwards to Carnoustie for the  Area Final on 25th April 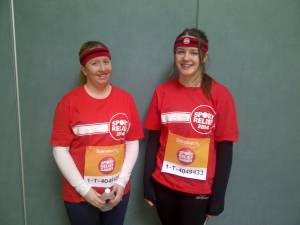 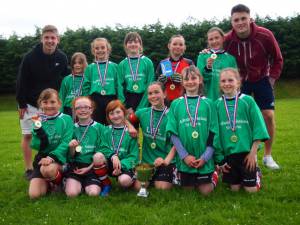 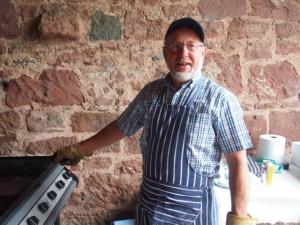 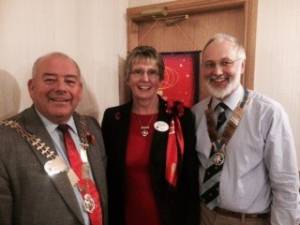 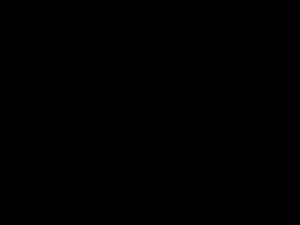 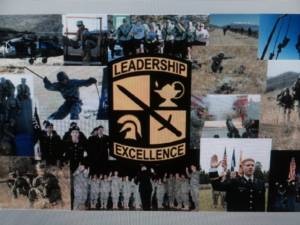 An Officer and a gentleman 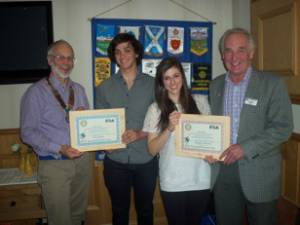 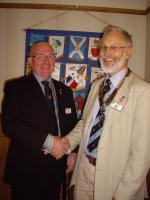 Alf Lawrie hands over the Presidency to Mike Robson 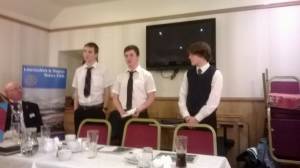 Calendar of events that Laurencekirk District and Rotary are involved in! 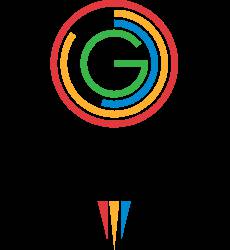 There is more to Glasgow than Commonwealth Games

The members of the Laurencekirk and District Rotary Club meet every Monday evening at 6.30pm where they enjoy a light supper , discuss the Clubs activities and often have guest speakers.

Working For and with Young People

Working For and with Young People