President Keith takes over from Ted 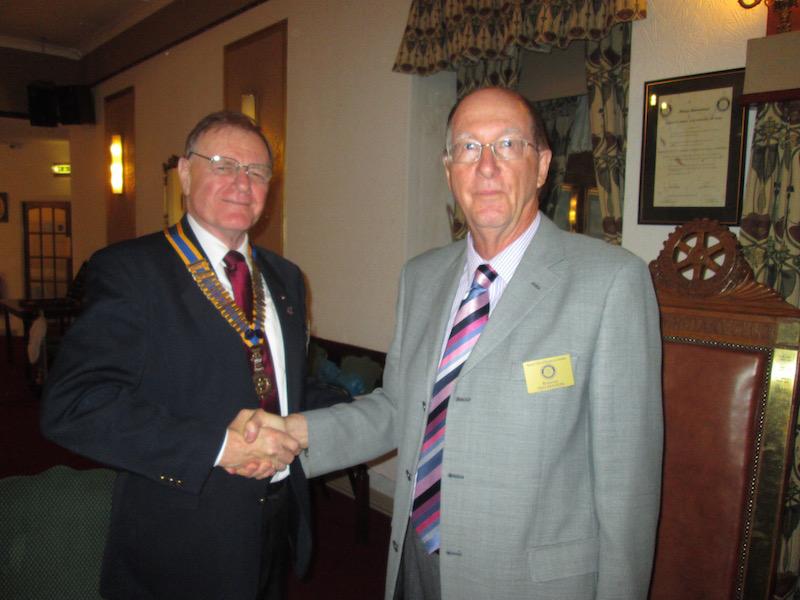 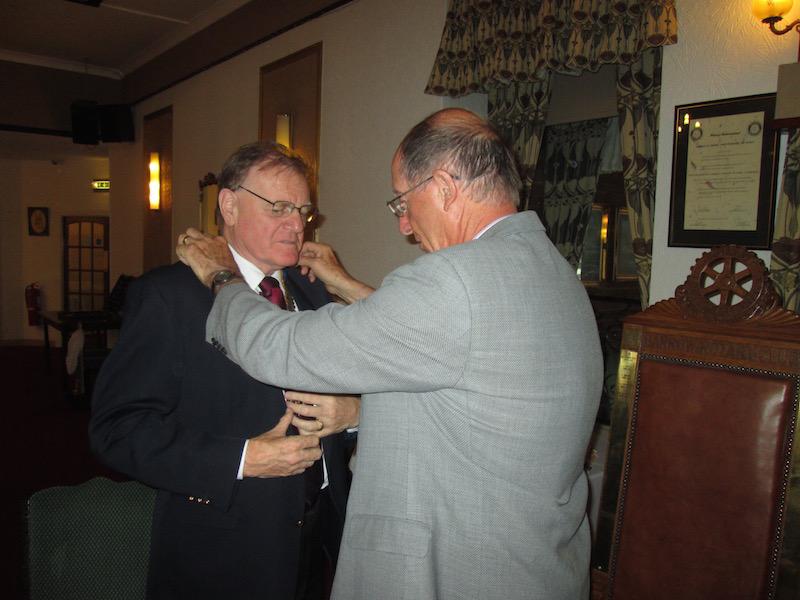 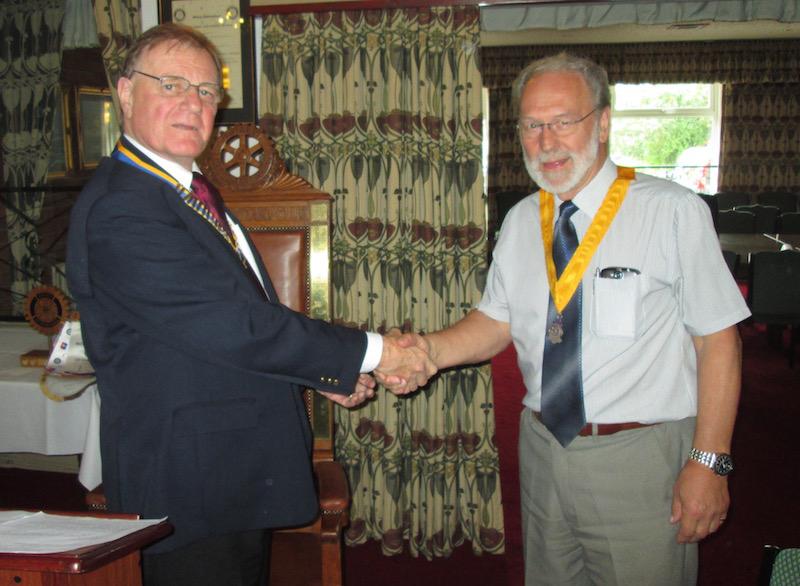 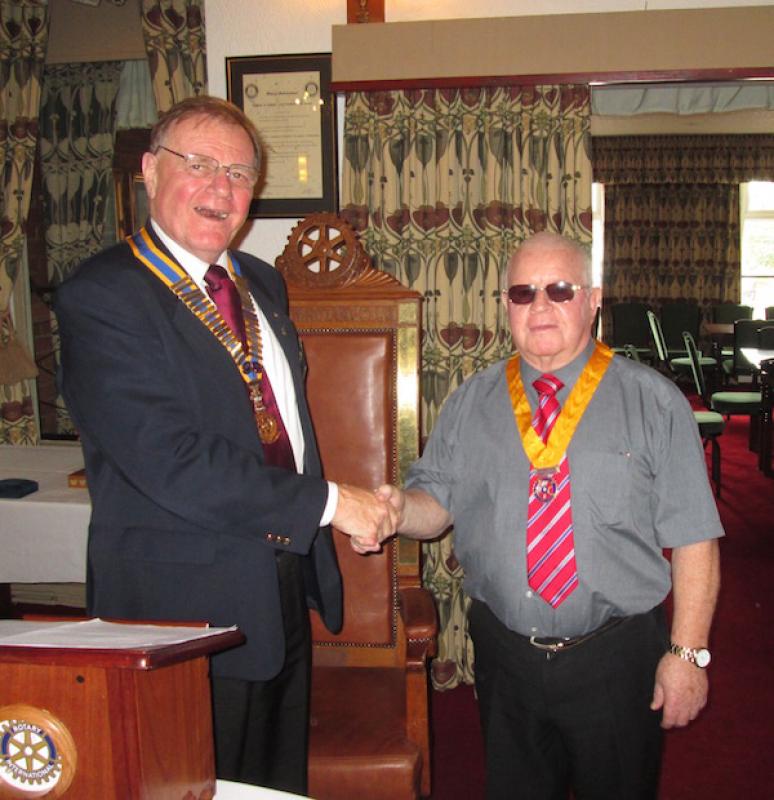 Before handing over the chain of office to Keith, Ted made mention of the many projects that the club had been involved with in the previous twelve months, including a very successful Technology Tournament for local schools, saying it was rewarding to see the students showing their innovative skills in a competitive environment.

During the year the club made donations in excess of £10,000 to international, national and local organisations, and a few individuals whose situationswere considered to beworthy of financial help.

Mr. Fenton said it had been a privilege tohave been President and he wished new President Keith and allmembers of the club best wishes for another successful twelve months ahead.

In accepting the chain of office, Mr. Harrison said his main focus would be to increase club membership so that more important help could be given where needed.

He said he was also looking forward to working with the town's two other Rotary clubs and the Inner Wheel Club.

He said he thought it was important that people in the town were aware of the work that Rotary carries out, but he also wanted to make sure that they were aware of the fun that members have along the way, for without the fun and fellowship, the club wouldn't be as successful.

Keith went on to present Ted with his Past President's badge, and induct Alf Hadley as President-Elect and Mike Lovell as President-Nominee.

Alf will be the first person in the history of the club to be President more than once.