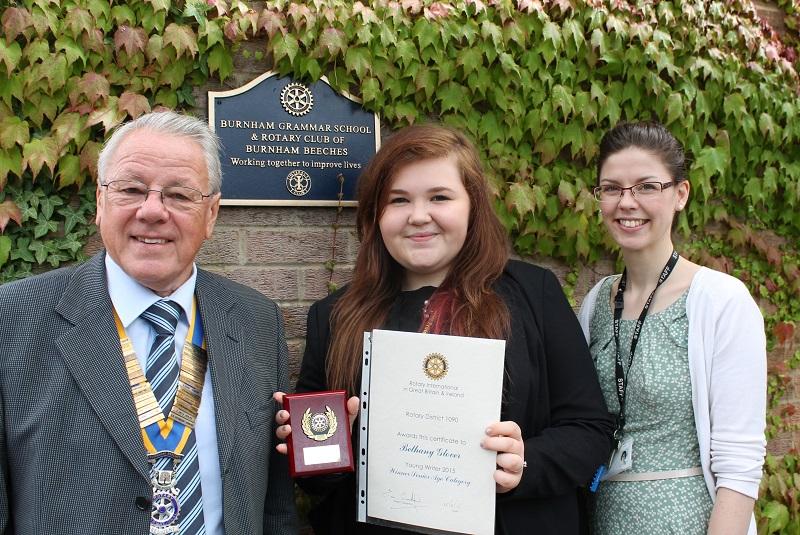 As the winner of the Rotary District 1090 round of the Young Writer competition 2015 Bethany received a trophy and an Rotary GB&I certificate for her entry in the finals.  Well done Bethany!

My inspiration was a fireworks party as a way of ‘lighting up the community’ as the title of my composition.

Light up the Community

Let's make a wish on the fireworks below

And feeling ones that haven't happened yet”

“3… 2… 1!”, chanted the audience causing the atmosphere to change dramatically. Millions of multi-coloured sparks flew before my eyes off in the distance, tiny multi-coloured diamonds being thrown up into the air each creating their own intense individual bang. A firework for every 500 people in the community; this was a night not to be forgotten.

The local community had been find raising money for this night for the past few months, from cake sales down the towns high street, to colour theme days at the local schools specifically themed to the night itself. There was an explosion of colour when all the children left their schools, as if someone had let a small child loose with a tub of paint and sparkles to throw at them all. But tonight all the children were bundled up in hats and scarves held tightly on the shoulders of their parents, waving around sparkles seeing who could write their name out the quickest. Whilst the parents all nattered in groups below holding hot chocolates, made by the local scouts and guides, tightly to their bodies in attempt to warm themselves up.

Before all I could hear was the harmonious chatter of the other people in the town but now everyone was silent, all mesmerised by the magnificent show right before them. Faces were lit up by not only the dazzling colour show before them, but also by the look of joy and pure happiness, euphoria running through their veins and despite their lack of enthusiasm earlier on in the night not even the older teenagers could bring themselves to hide the sparkle in their eyes, signifying that the aim of the night had definitely been achieved. You could spot a few of the younger children scrunch up their faces at least once throughout the event, all making their own wishes on the fireworks above; wishes which would no doubt never leave their mouths in hope that they will come true.

Blue’s, greens, lilacs, reds, every colour of the rainbow you could ever begin to imagine flew up in the jet black sky, each firework was unique symbolising the individuality of everyone in the community. Some shattered into a thousand sparks, whilst others tumbled into a scarlet waterfall or floated into a shower of silver glitter, few exploded into smiley faces and stars and several spurt straight up before exploding into the most magical mesmerising shades of blue you’d ever seen.

At the end of the evening a loud speaker boomed out, “Thank you for coming everyone, as you may know our main aim was to Light up our Community and we wished to do that in more than the literal meaning of the phrase. We hope you all had an amazing time and used this event to make spark new friendships, pardon the pun. Please remember from at least one thing from tonight though. That the sky is the limit.” 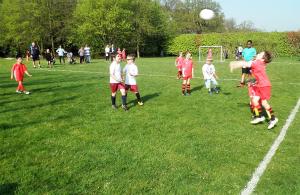 Some of the events we have organised or supported in the last few years. 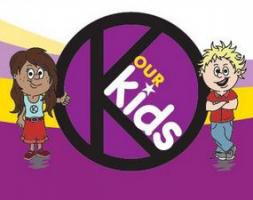 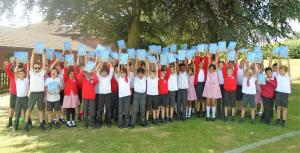 Over 400 dictionaries were presented to pupils at 7 local schools in June and July. 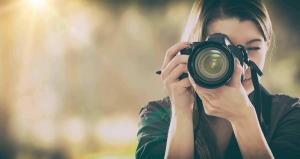 Competitions for the Rotary District and national awards 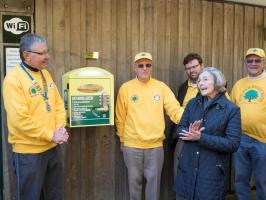 Burnham Beeches Rotary donates a defibrillator to the local community 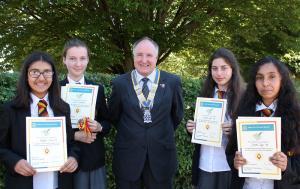 The annual competition run by RCBB at Burnham Grammar School as an opportunity for students to showcase their writing skills. 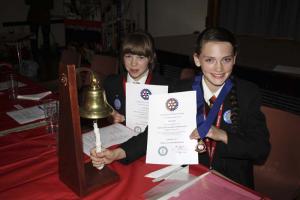 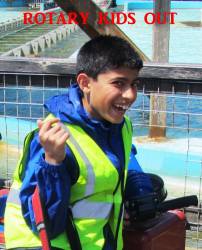