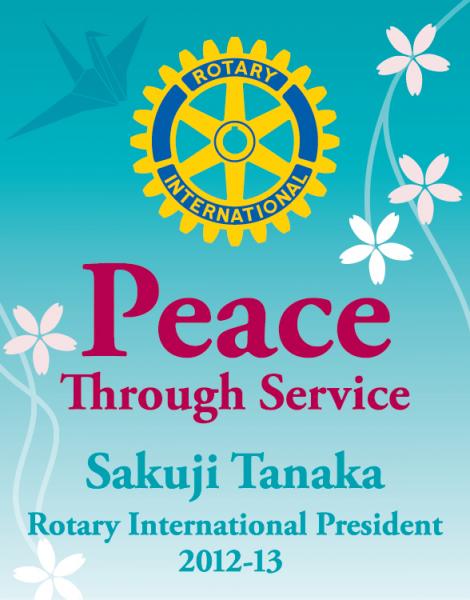 The Club's 46th President was installed at the end of June 2012.   In a repeat of the 2003 ceremony, Tony Wise was inducted for a second time. During the year, the Club continued its support and promotion of Swindon's young musical talent with the 17th Annual Young Musicians Competition held in February followed by a Young Musicians Showcase Concert at Blunsdon House in May.

Two events were held for the benefit of Lights For Learning, a charity founded by Roger Muggridge of Cricklade.  Lights For Learning make and supply solar powered lighting to schools in Zimbabwe and Zambia.  Lighting up the classrooms can considerabl

y lengthen the school day in the towns and villages without any electricity.

One of the events was a concert by the Swindon Male Voice Choir held in St Michael's Church, Highworth.    Conducted and introduced by Max Brockman, the Choir enthralled the audience from start to finish.  From the opening number, the theme tune for the 2012 Olympics, through to the finale, the South African Anthem partly sung in Afrikaans, it was an evening of delightful musical entertainment.

£1,200 was presented to Roger Muggridge at the end of the year.

In October, despite a cold and windy ferry crossing, members and their partners enjoyed a weekend of fellowship staying in Newport on the Isle of Wight. Meanwhile, President Tony was determined that the Club should promote a Grand Swimathon and he devoted much of his time planning it.   It took place on World Rotary Day in February 2013 at the Next Generation Fitness Centre in Swindon.  Swimmers, aged between 6 and 70, swam as many lengths of the 25 metre pool as they could in 55 minutes.  Handing over their sponsorship the event raised '700.

Two regular annual fund-raising events continued.  The quiz in November raised over £800 and the Charity Golf Day in May made a surplus of some £2,300 with the Swindon Music Trust being the main beneficiary.