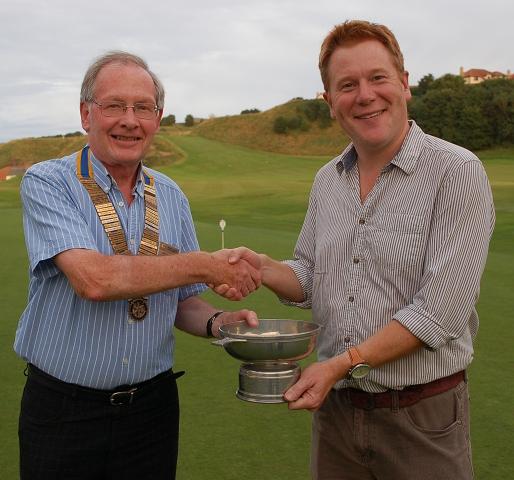 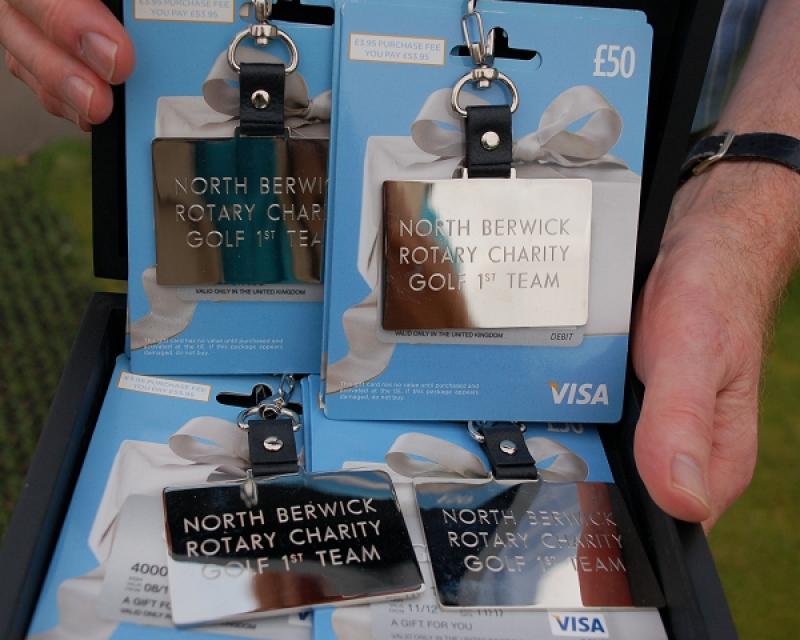 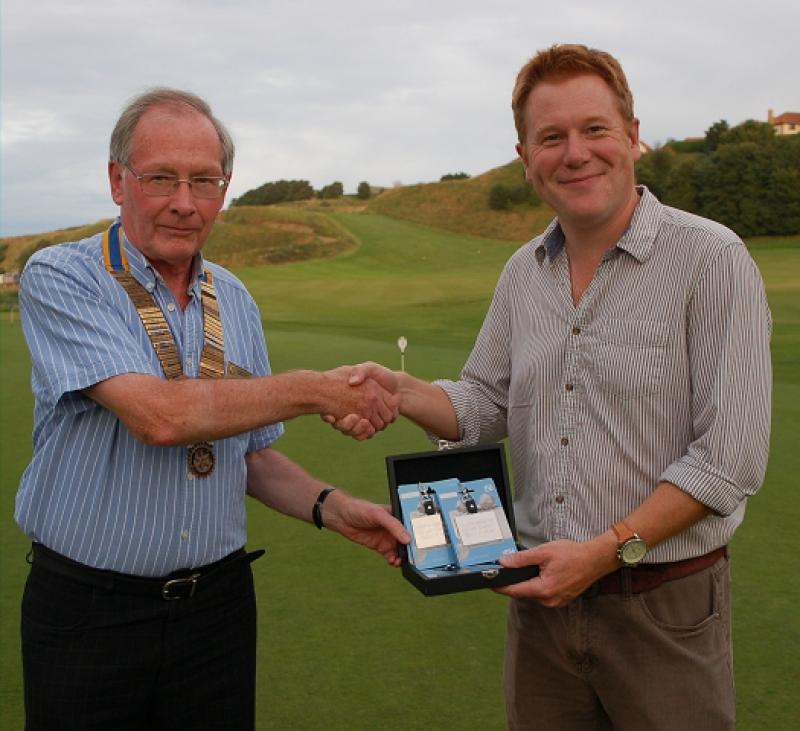 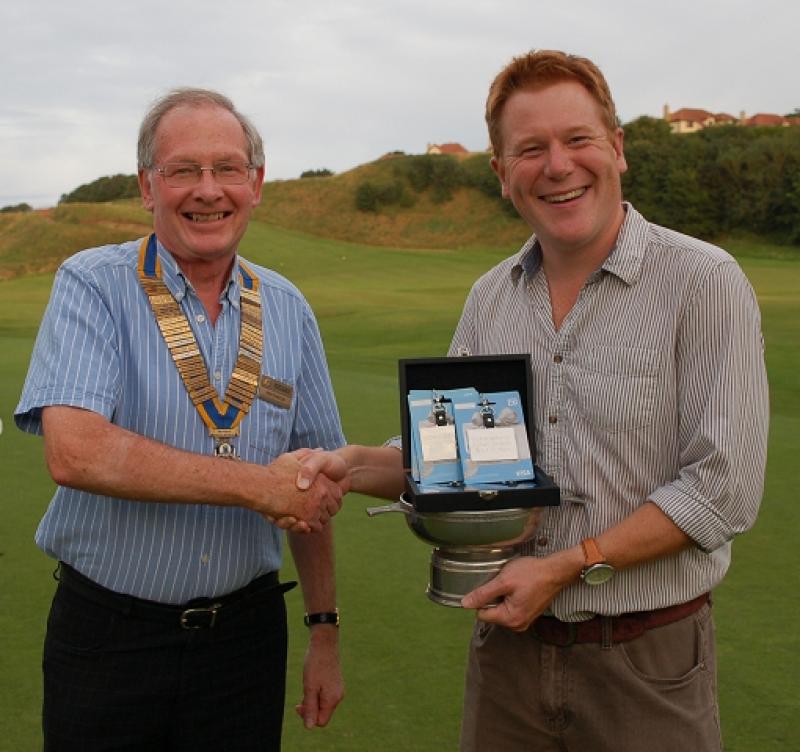 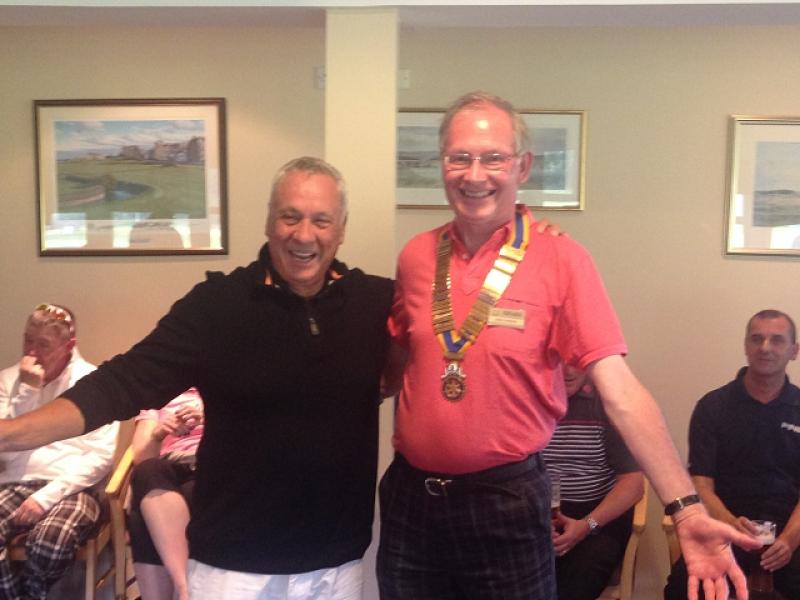 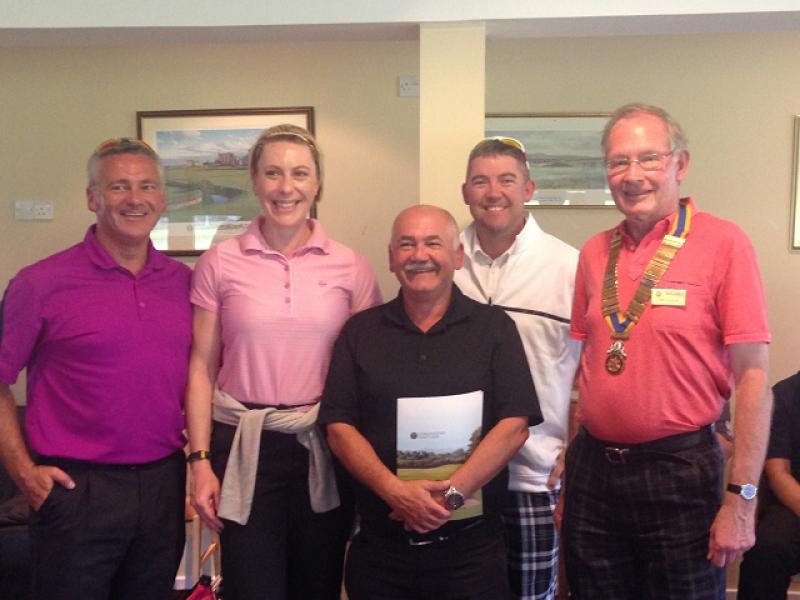 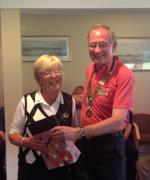 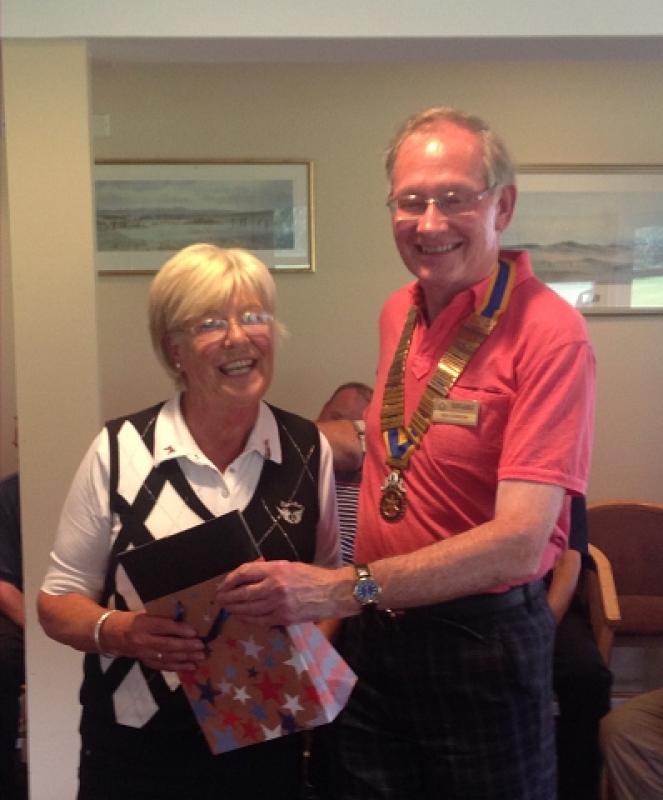 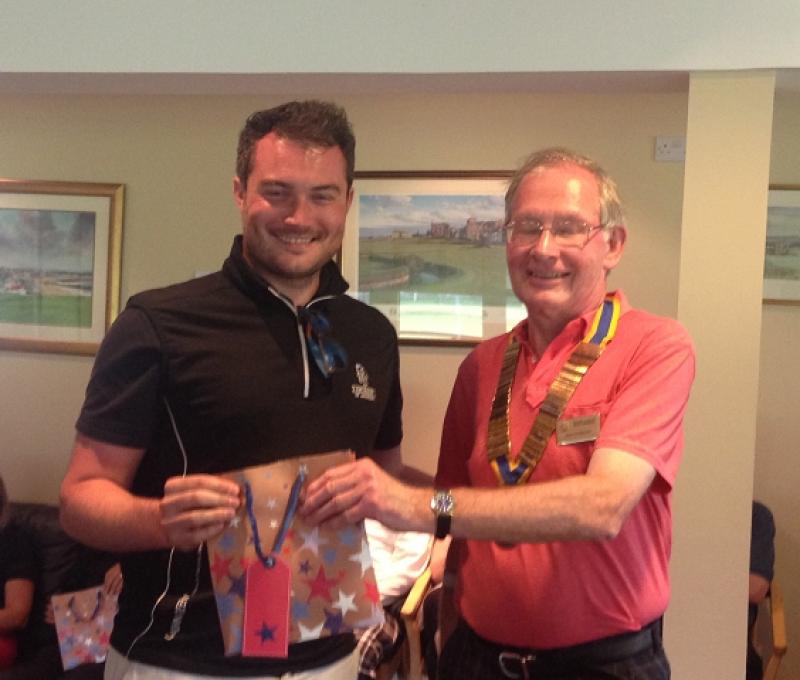 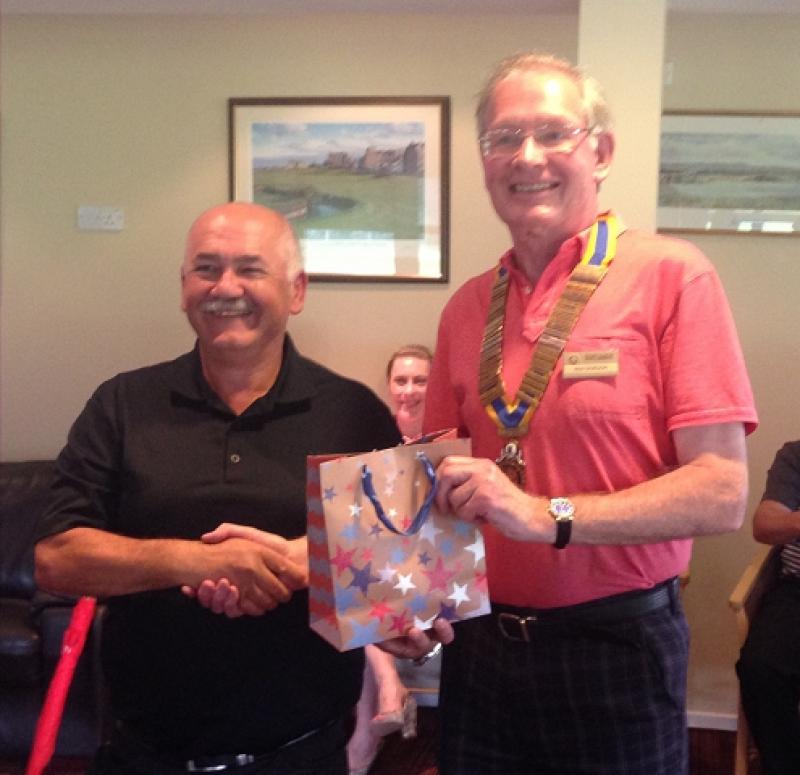 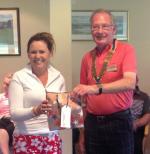 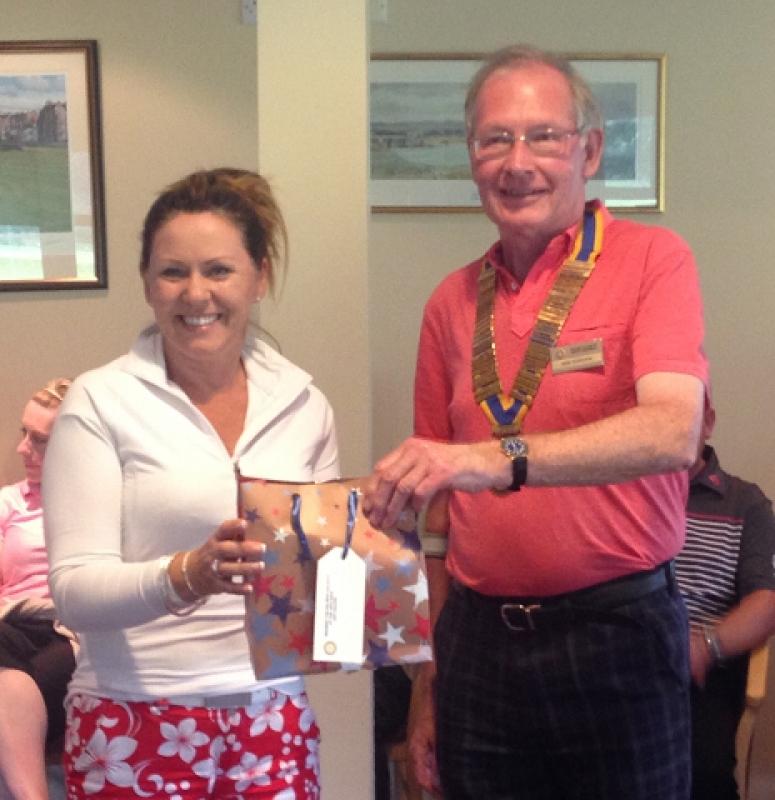 The event attracted 112 players competing in 28 teams made up of golfers from across the central belt, East Lothian golf clubs and businesses in Edinburgh and the Lothians. The event was sponsored by Gates Power Transmission Ltd in Dumfries who also entered a team, and over 25 local businesses sponsored holes or donated prizes.
The winners this year were a team of Edinburgh University faculty members calling themselves the “Edinburgh Uni Bingo Dabbers” led by Dr Tom Slater. Tom commented that they had thoroughly enjoyed themselves despite the windy conditions and they thought that the views from the course were spectacular. All competitors had an enjoyable day, and were fulsome in their praise of the course and its surroundings overlooking the Firth of Forth, the Bass Rock and Tantallon Castle.
The photo shows Tom receiving the Bank of Scotland trophy from North Berwick Rotary Club President Ken Gordon.