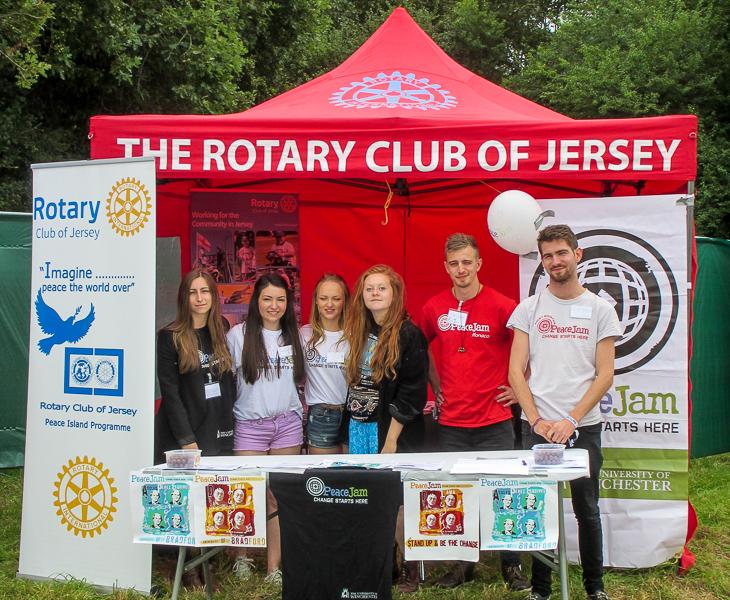 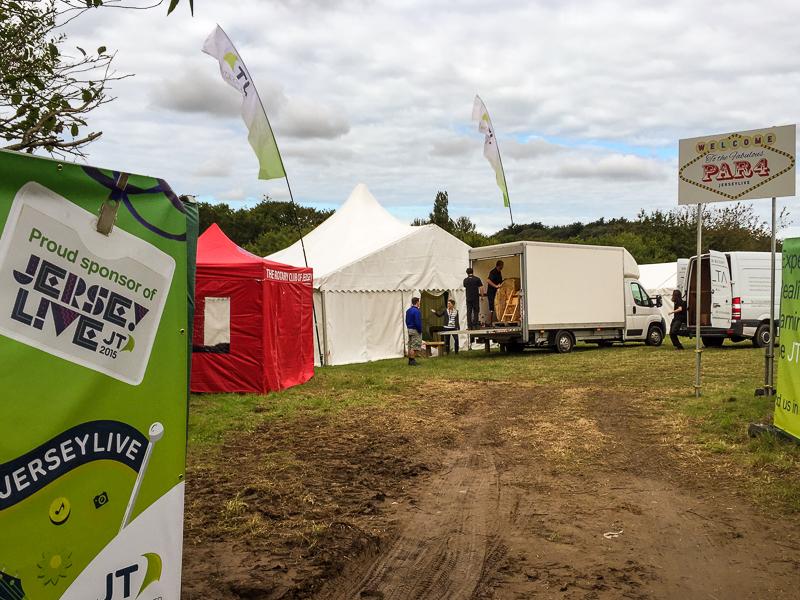 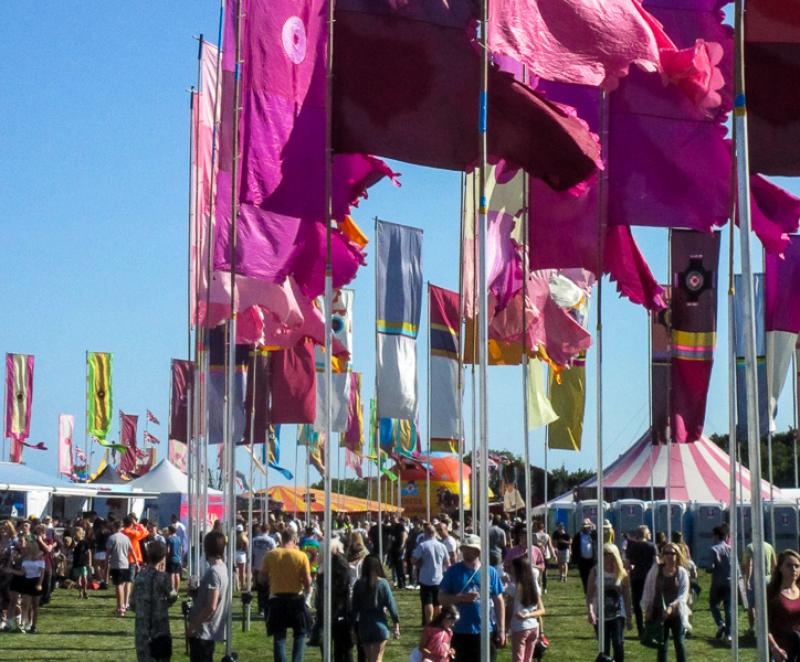 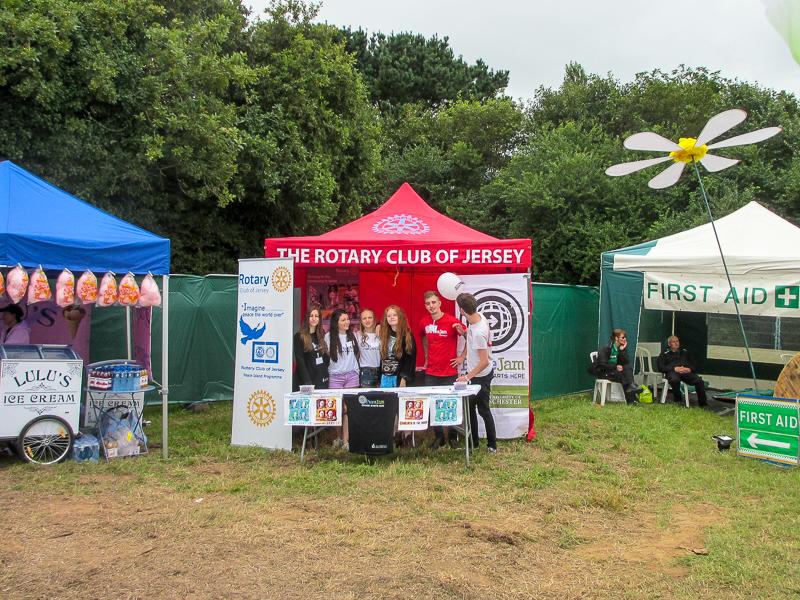 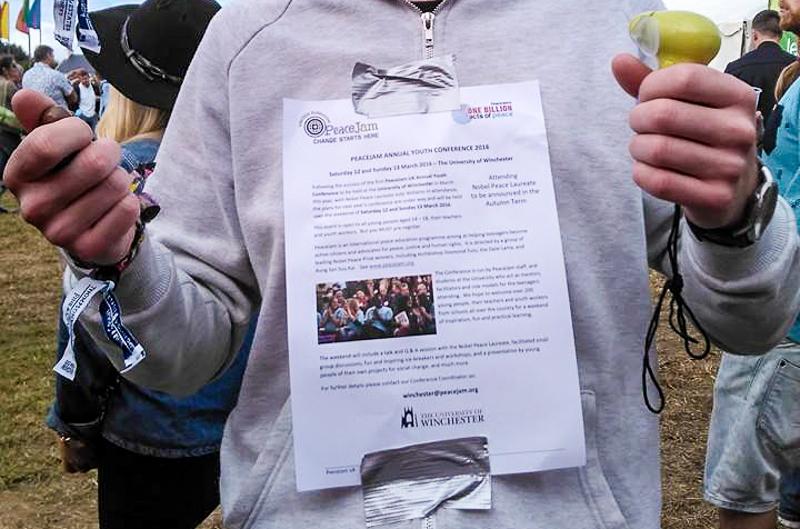 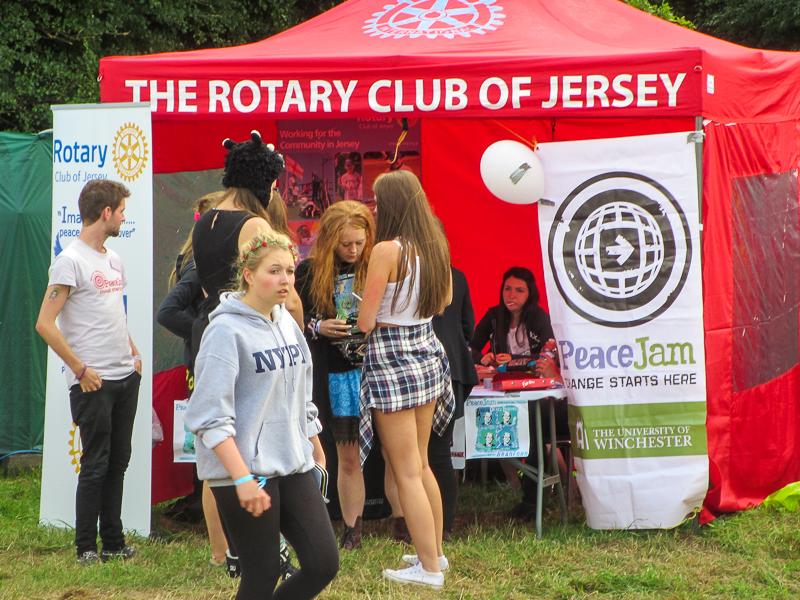 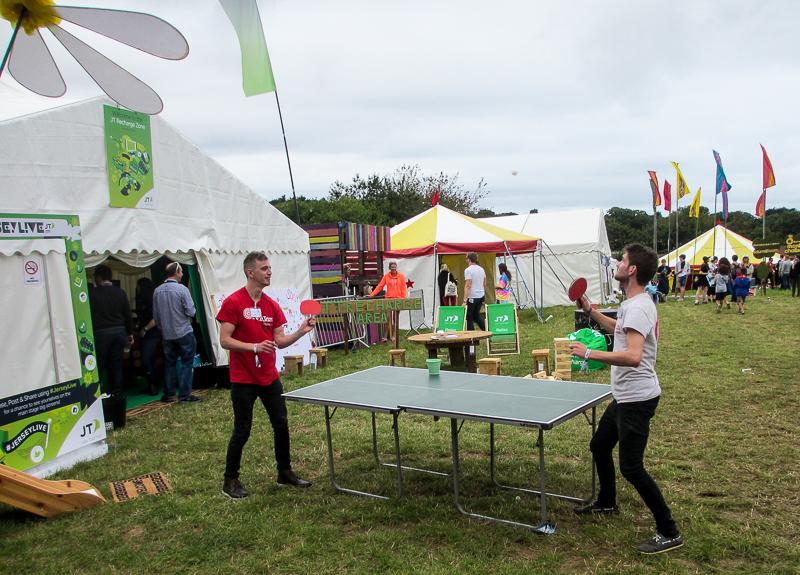 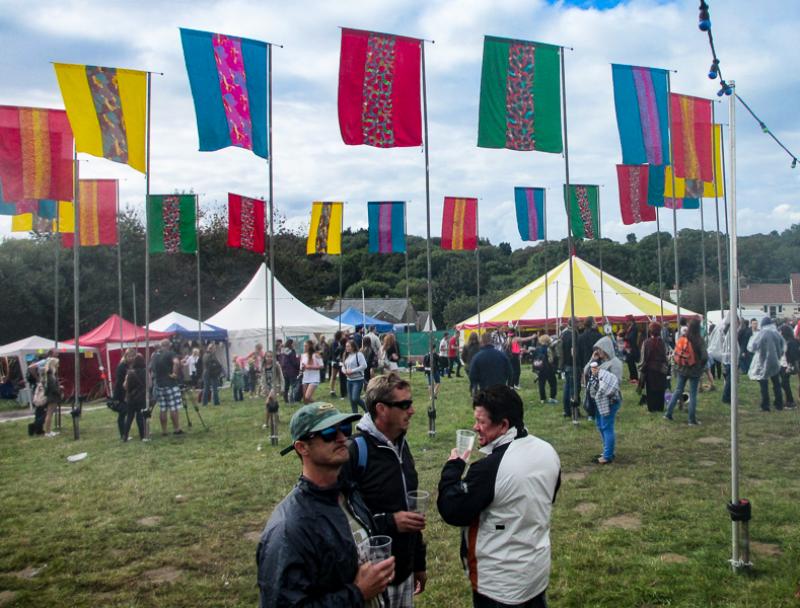 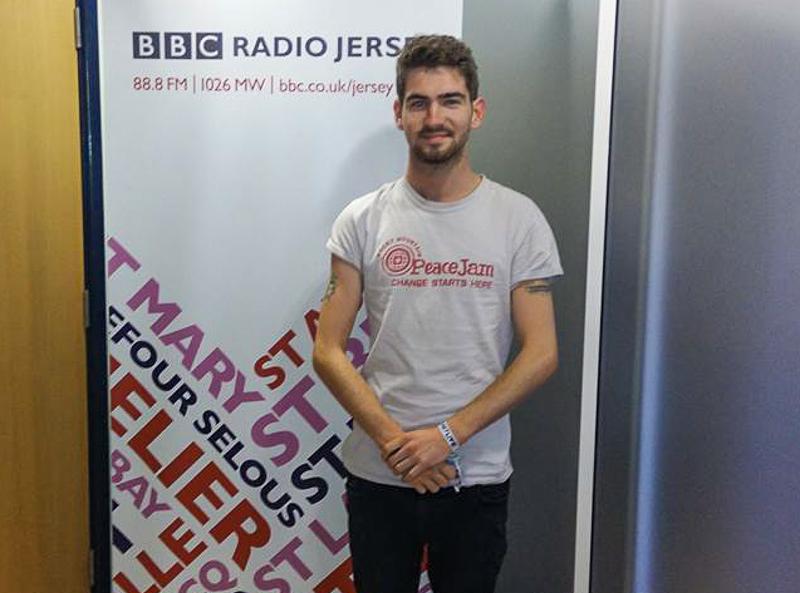 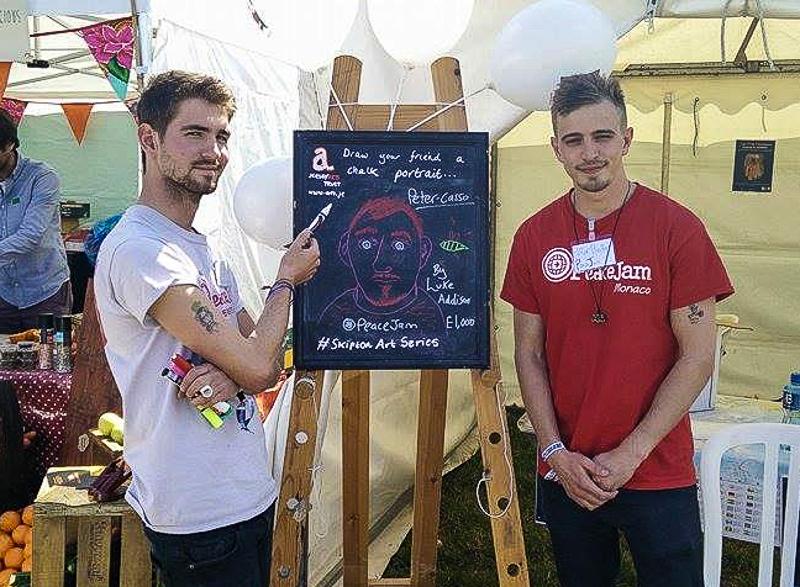 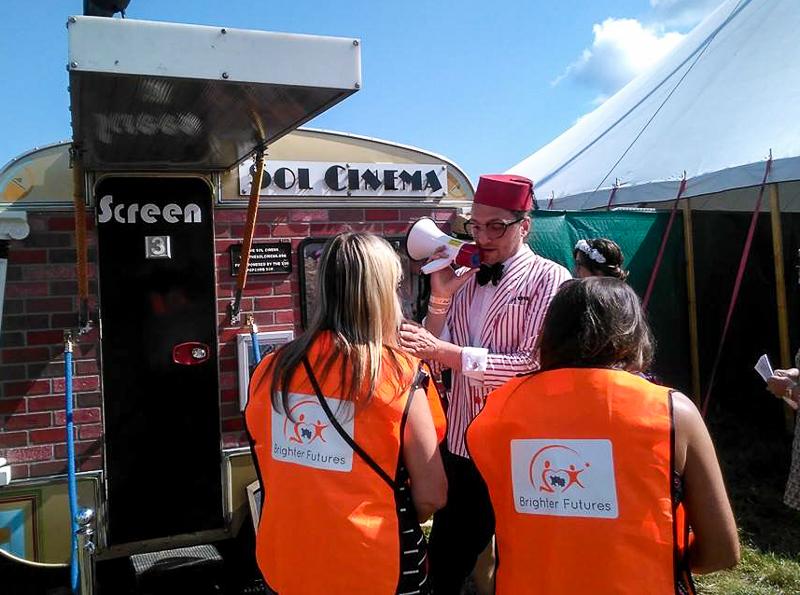 What a weekend at Jersey Live!

PeaceJam came to Jersey with the aid of Melissa, Eleanor and Emma of the Beaulieu Action Group and Luke, Peter and Cecilia of PeaceJam Winchester. Another initiative facilitated by the Rotary Club of Jersey’s Peace Island Programme.

It all started last March, when the Beaulieu Team visited PeaceJam UK’s Winchester conference.  The amazing weekend, hosted by Nobel Peace Laureate Jody Williams, inspired the Beaulieu team to form their own action group and to invite the Winchester PeaceJam Team to come and spread the word to young people in Jersey at Jersey Live over the weekend of 5th 6th September.

A huge amount of interest was generated and the Beaulieu Team (T-Bag) will be following up these contacts shortly.  Rotary will do all it can to help them develop their Group and is already planning to help as many as 10 Jersey Students to attend the 2016 PeaceJam conference in Winchester.

It has just been announced that the Nobel Peace Laureate hosting the 2016 PeaceJam conference will be Oscar Arias Sanchez former President of Costa Rica.

The next initiatives in the Peace Island Programme are:

If you want to know more and or to participate in these community meetings do email us here. 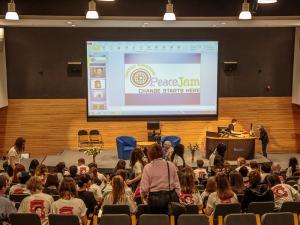 240 young people join Nobel Peace Laureate Rigoberta Mench Tum to learn about how they can effect Change for the Good in their lives. 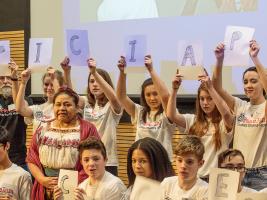 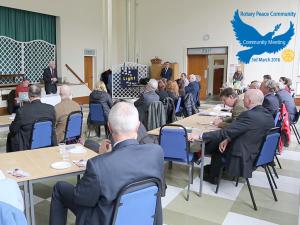 A meeting of supporters to identify areas of common interest where working together would reap benefits. 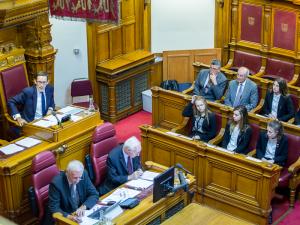 The Chief Minister chairs a debate between students from all 9 island secondary schools. 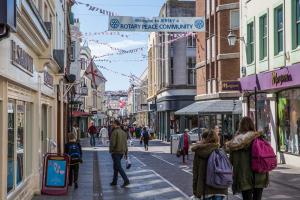 The Declaration of Jersey as a Rotary Peace Community took place on Friday 8th May 2015 at a ceremony held at The Town Hall, St Helier. 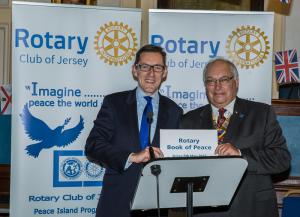 40 senior students from 8 schools debate International and Local Peace issues under the chairmanship of The Chief Minister Senator Ian Gorst. A keynote address was presented by His Excellency General Sir John McColl Lieutenant Governor of Jersey. 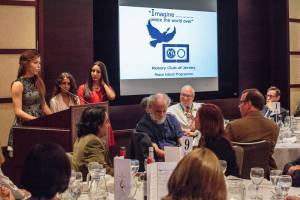 A dinner giving members of the island's community an opportunity to hear The Chief Minister Senator Ian Gorst, Revd. Jongi Zihle and students who participated in the Student Peace Debate, giving their views on Peace and the Rotary Peace Island Programme.

A reference point for back issues of our Newsletters 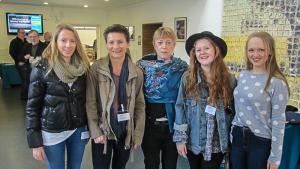 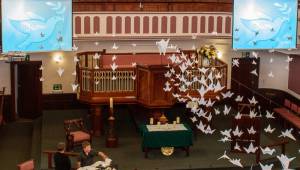 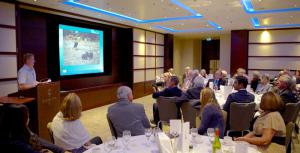 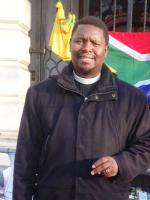 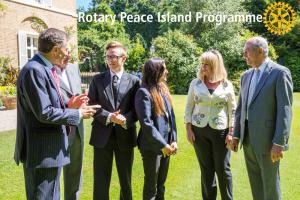