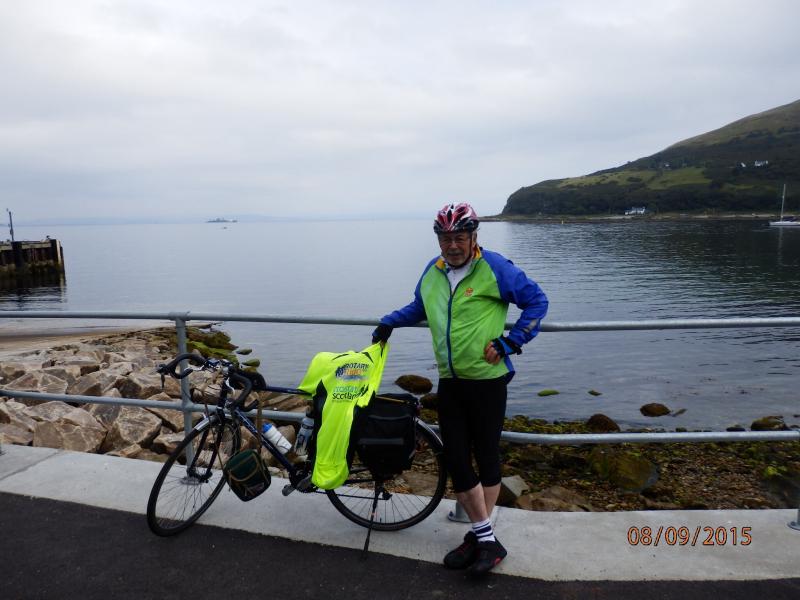 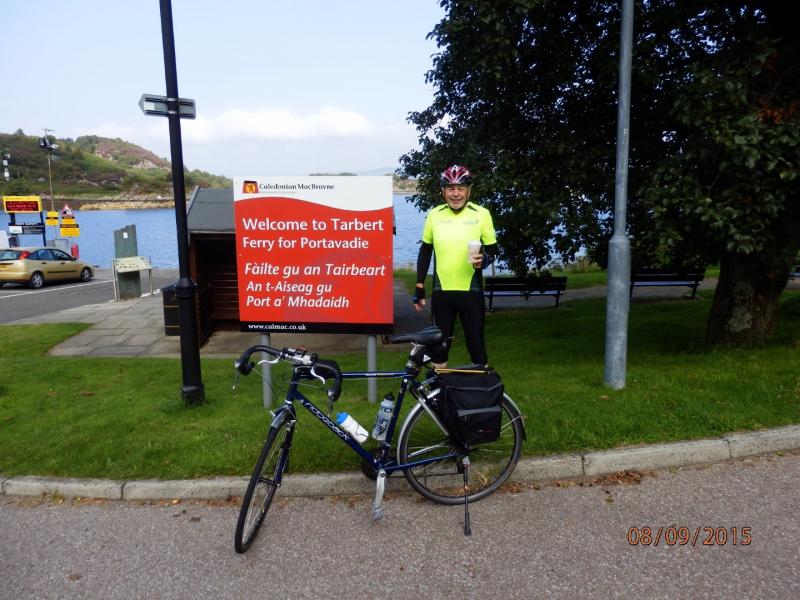 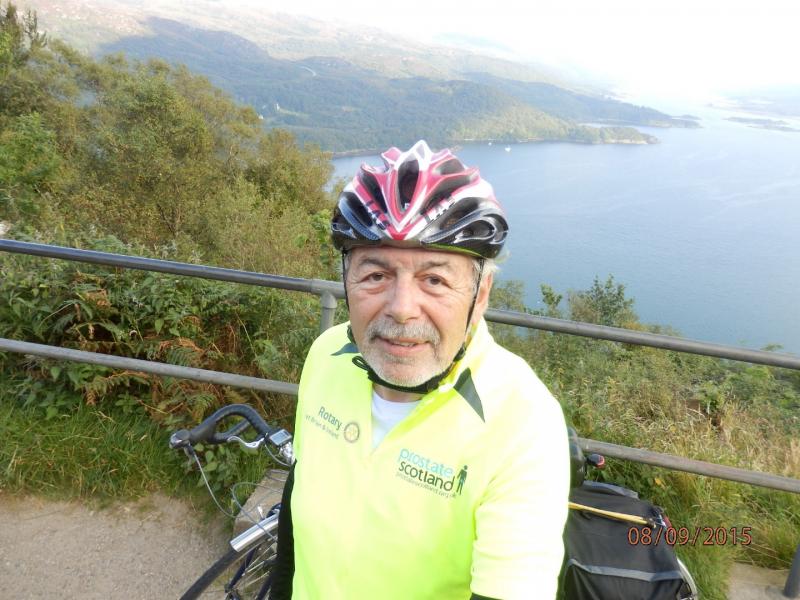 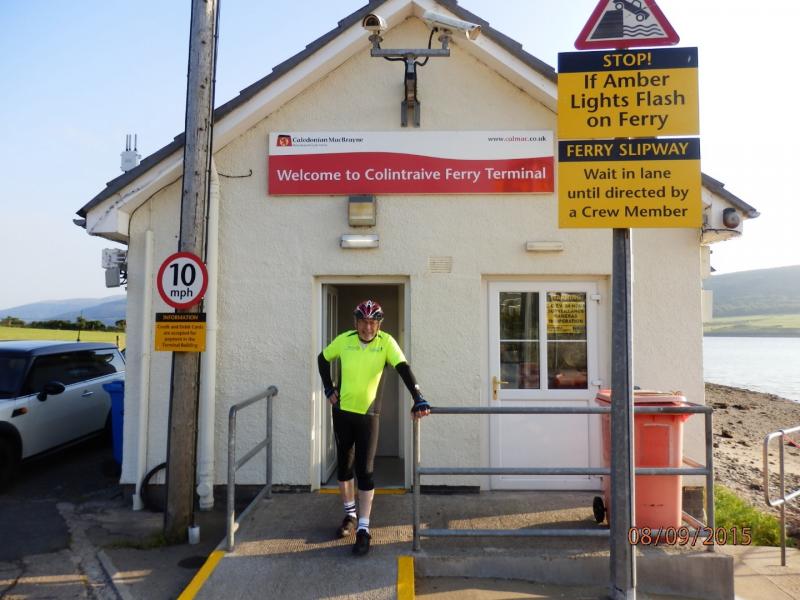 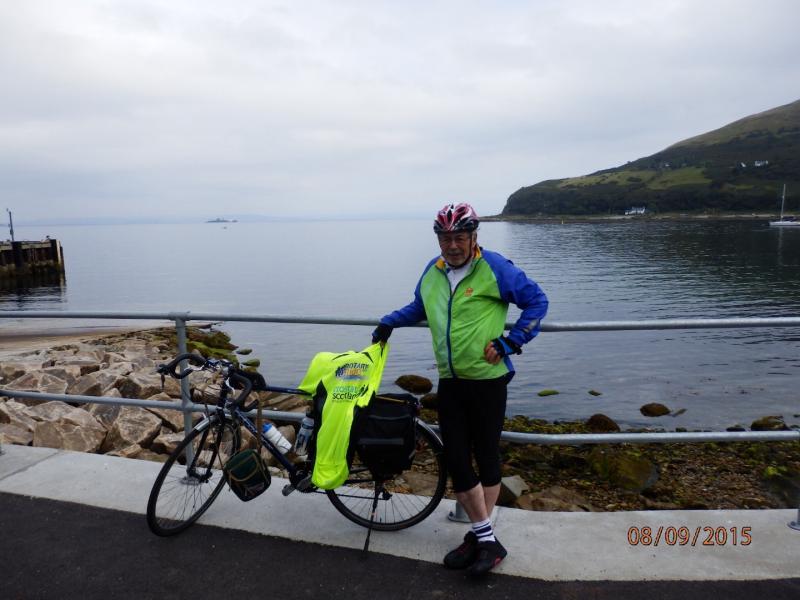 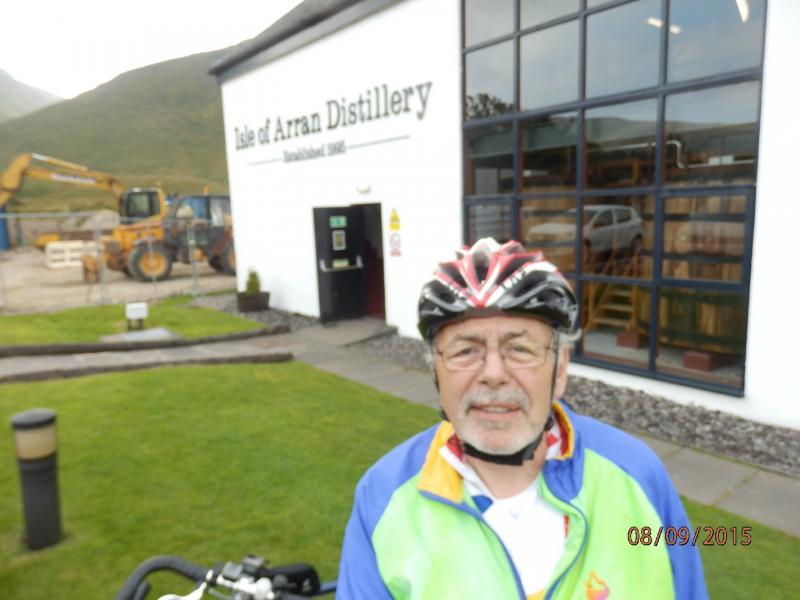 Club President and occasional cyclist Ralph Anderson couldn’t make the Rotary GB&I national Fathers’ Day Sponsored Cycle in aid of Prostate Cancer in June but had always intended to do a token fund raising cycle in lieu.  However when a long term and highly respected member of the Club was recently diagnosed with prostate cancer Ralph decided that a special effort was required.

Tuesday 8th September saw him (and bicycle) depart from Rothesay to Wemyss Bay on the 6.25 ferry with the intent to return to Rothesay via the 5 Ferries route.  This entailed enduring the very busy road down to Ardrossan, Ferry 2 to Brodick, across Arran to Lochranza, then to Claonaig on Ferry 3 and onwards to Tarbert.  Ferry 4 crossed a sunny Loch Fyne to Portavadie before Ferry 5 from Colintraive to Rhubodach completed the link back to Bute.  Ralph arrived back in Guilford Square in Rothesay at 18.55 in the evening having cycled 71.6 miles (2 miles more that his age!) and climbed 3,944 ft in the process.

The worst bits: the climb over Arran up from Sannox towards Lochranza and the last 20 miles when leg cramp started setting in following the climb up from  Tignabruaich.  The best bits: the full Scottish breakfast on the Arran ferry and the final downhill run to the Colintraive ferry having just about completed the task.

Congratulations Ralph from all members of The Rotary Club of Rothesay.