The Club at the Pavilion Community Fair. 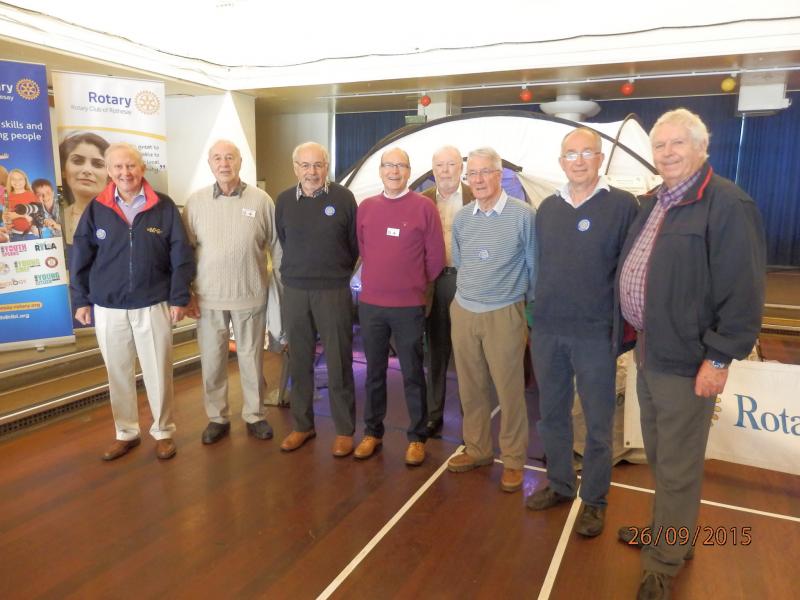 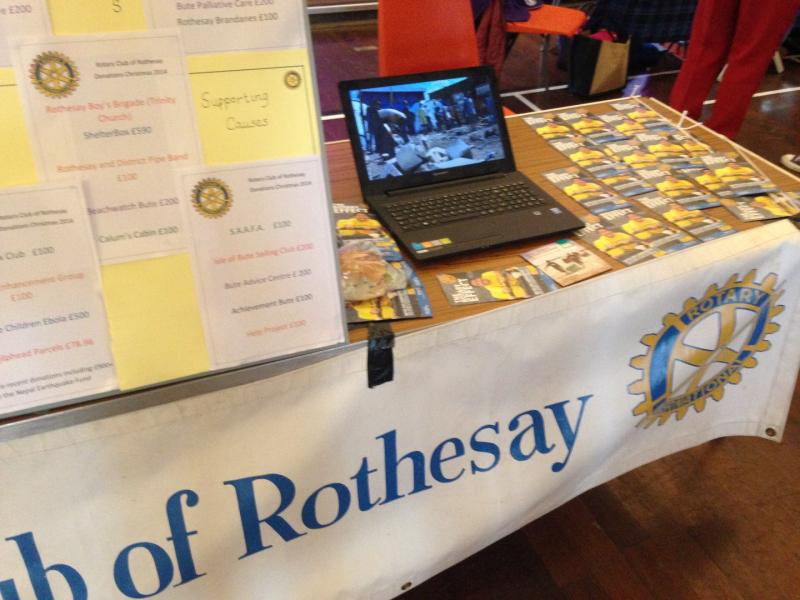 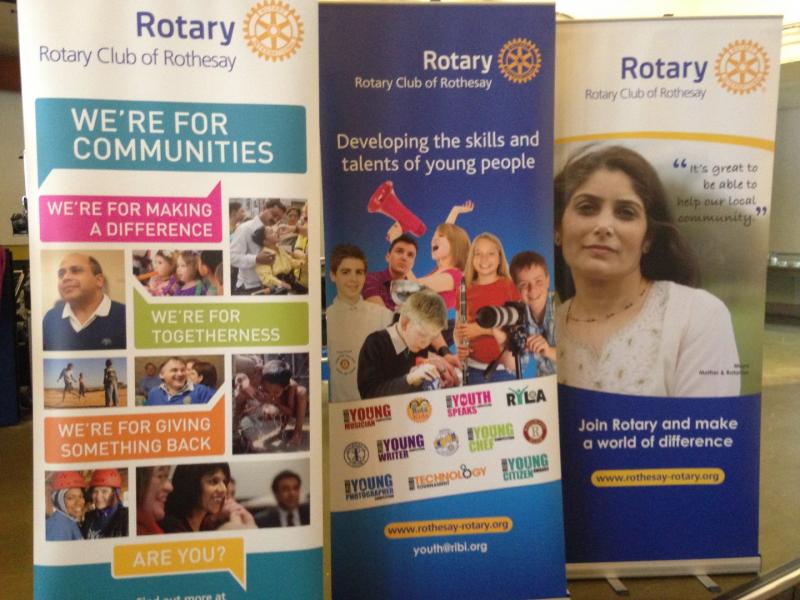 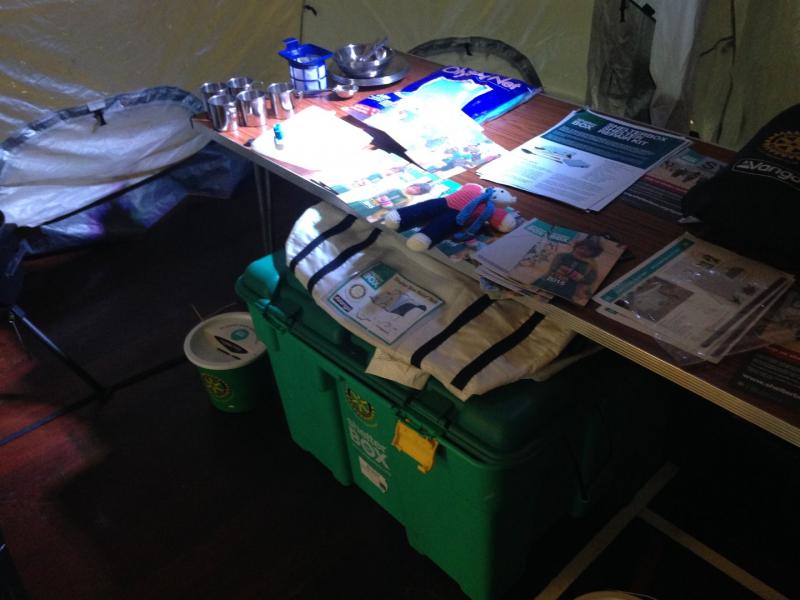 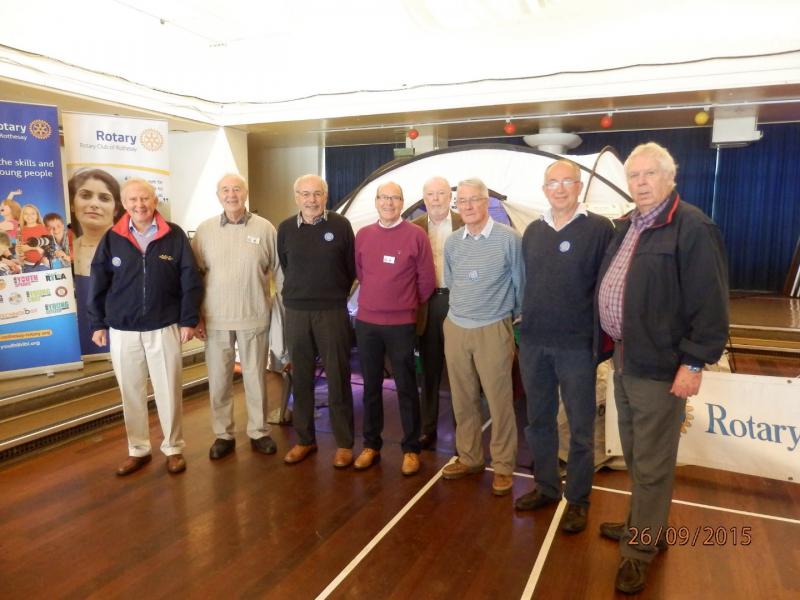 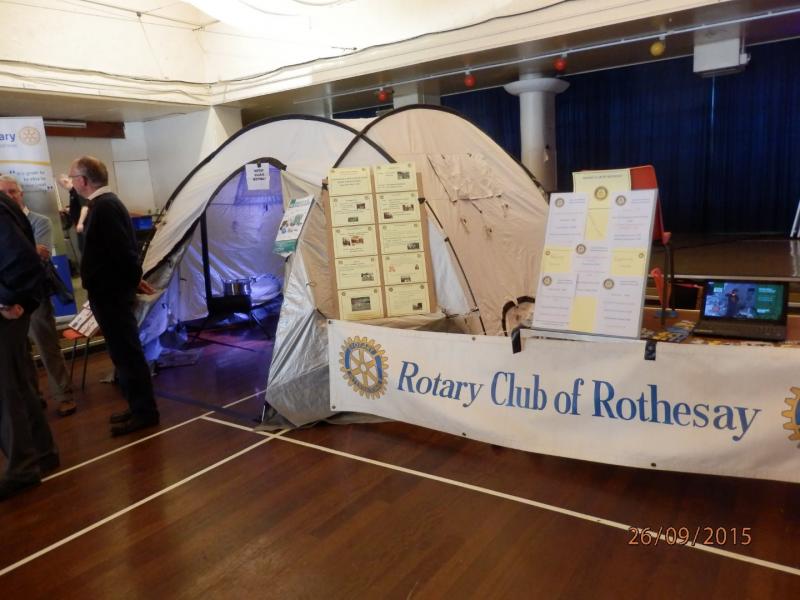 The Rotary Club of Rothesay took part in the Pavilion Community Fair on Saturday 26th September.  The Fair was part of a busy weekend of events at the Pavilion before its closure for a major refurbishment.

A FLAVOUR OF A YEAR IN THE LIFE OF THE

Carol Singing in the Community

Members and friends enjoyed and   evening of music from Seamus O’Duncan’s Ceilidh Band as well as dancing from Anne McIlroy’s Irish dancers.

On Saturday 11 April the Rotary Club of Rothesay held a "meet the community" open Day. The cornerstone of the event was a Know Your Blood Pressure promotion organized in conjunction with the Stroke Association.

This year’s Rotary bottle stall held in Guildford Square at the start of the 2015 Isle of Bute Jazz Festival. All funds raised (£900+) were donated to the Nepal earthquake appeal.

Rotarians also were involved in

4th June – Johnny Beattie, actor and comedian, and Honorary Member of the Rotary Club of Rothesay was awarded a Paul Harris Fellowship in recognition of his charity work over many, many years.