Members and friends congregate at The Prince of Wales 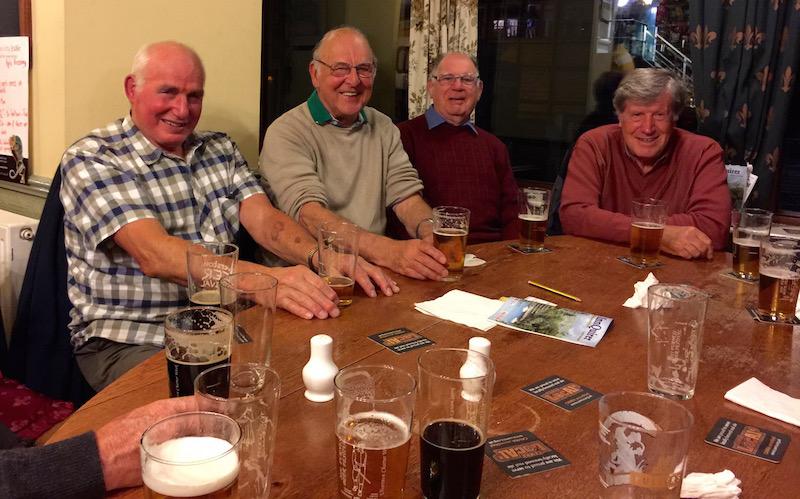 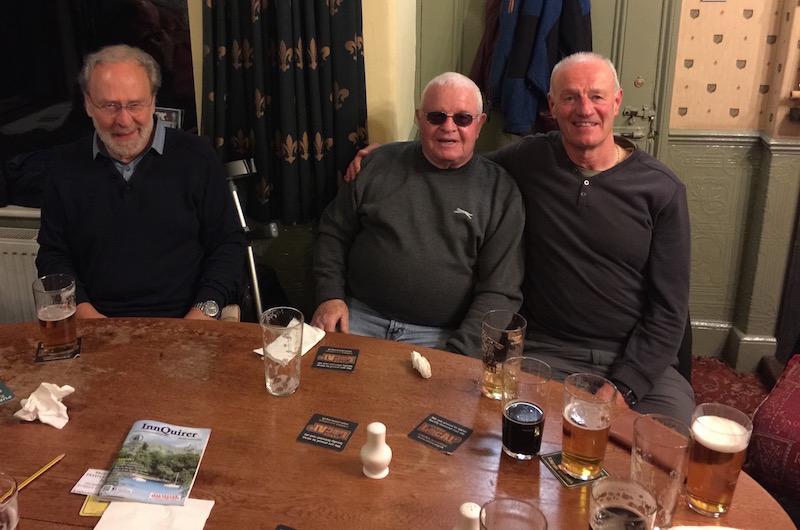 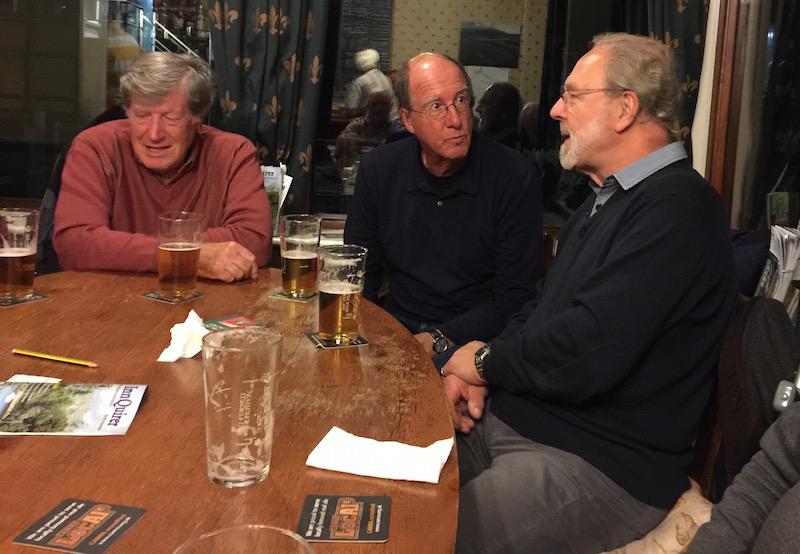 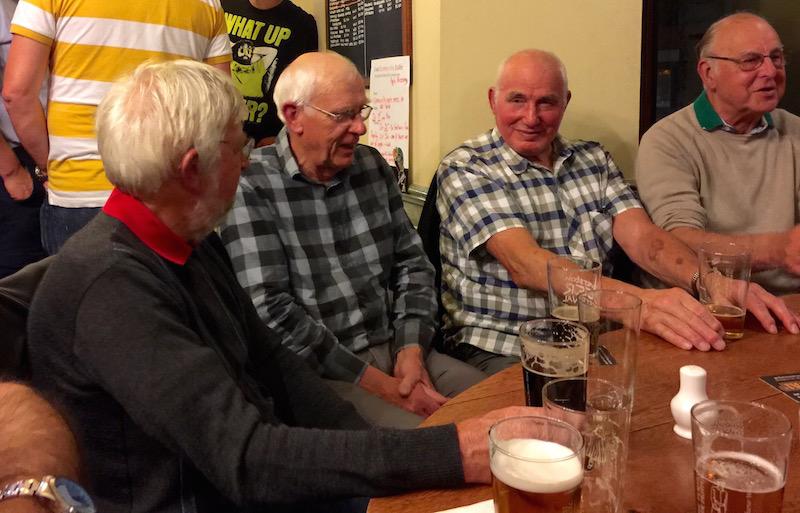 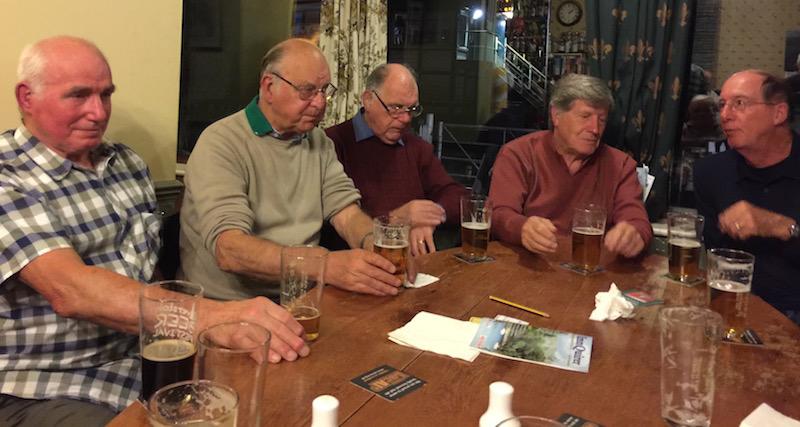 “Don’t Panic!” That was the cry when a dozen club members paid an all too infrequent visit to the Prince of Wales at Foxfield.

It wasn’t because when we arrived all the seats in the bar were filled and we had to move into the back room. Nor was it a fear that the pub would run out of its selection of real ales.

It was just that “Don’t Panic” was the name of the first brew we tried. It must have been a good choice because many kept to it all evening.

Those who changed tried “Light Breakfast” which was a strange choice considering we were all waiting for supper to be served.

Organiser Steve Murray knows the secret of the dates when free food is provided – and no one was complaining. However there was sufficient money left in the kitty to give the bar staff a healthy tip.

It was good night out and we were all on the station well in time for the final train home.

However we had some rowdy company with a party of young girls killing some songs that the Barrow Male Voice Choir would never attempt to tackle.

And it made it quite clear that sampling Millom’s “singing beer” is not to be recommended.