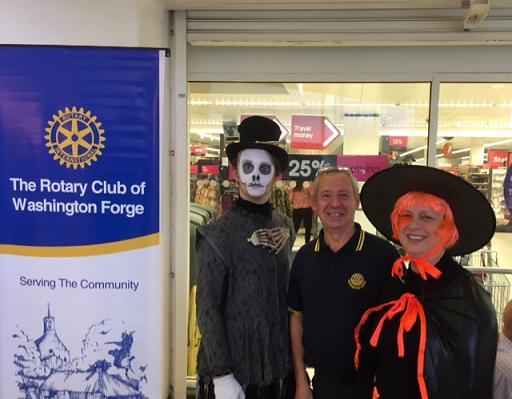 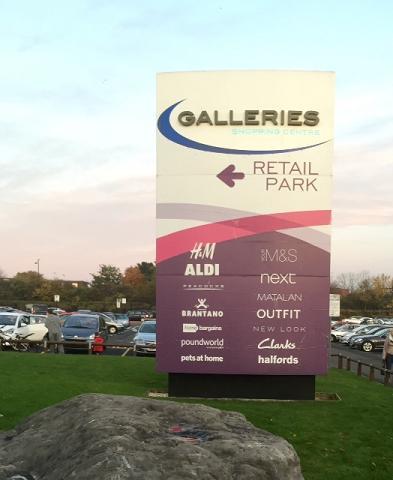 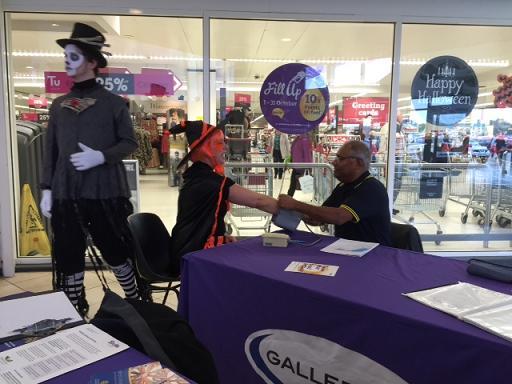 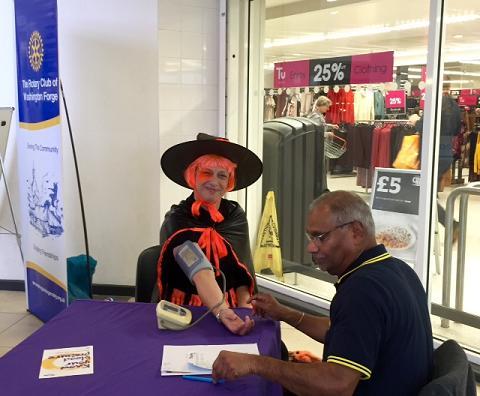 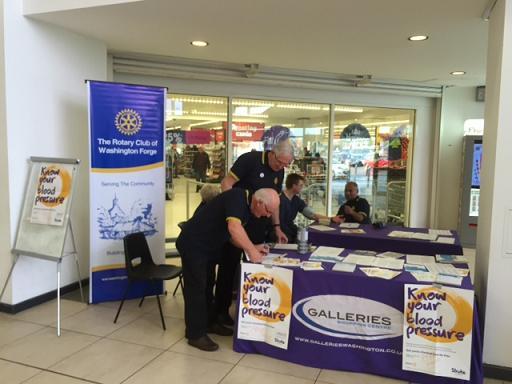 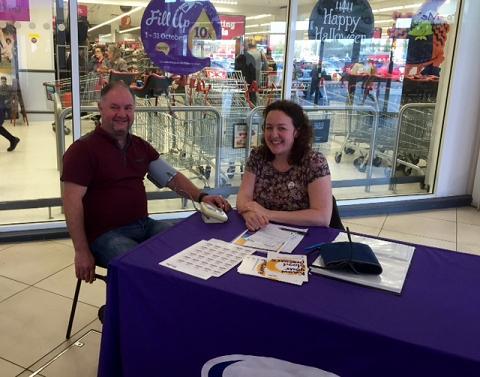 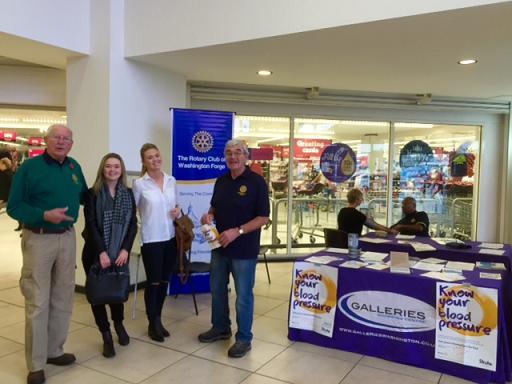 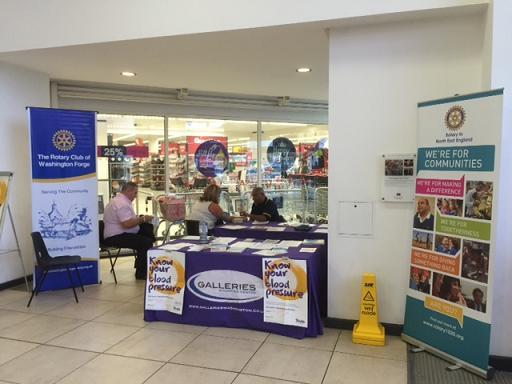 In a bid to help reduce incidents of stroke, the Rotary Club of Washington Forge again supported the Stroke Association by offering free blood pressure testing to shoppers in Washington on Saturday 31st October 2015.

High blood pressure remains the single biggest risk factor for stroke, contributing to over half (54%) of strokes in England, Wales and Northern Ireland. The Know Your Blood Pressure checks on the 31st October were about raising awareness of the link between high blood pressure and stroke. Between 10.00am and 4.00pm shoppers in The Galleries, Washington were able to have their blood pressure checked by qualified medical staff, and receive information and advice on steps to keep it under control.

During this 'Know Your Blood Pressure' event we checked over 100 people. Whilst the majority required no further action, a number were referred back to their own GP for further investigation.

In 2014, Rotary in Great Britain & Ireland and the Stroke Association organised over 400 events across the UK. In the same year, Rotary was honoured with a Special Recognition Award by the Stroke Association for their long-term support of the Know Your Blood Pressure campaign. Dr James Logan, Channel 4s own TV Doctor, presented the Life After Stroke Award to Rotary GB&I at a prestigious awards ceremony hosted by Baroness Karren Brady.

Philip Hopps of Washington Forge Rotary Club said: Rotarys long term support for the Know Your Blood Pressure campaign has reached hundreds of thousands of people in the last decade, potentially saving many lives. The ideal blood pressure is 120/80 but we know a significant number of people have readings above that and a quarter have dangerously high blood pressure with readings over 140/90.  These events can play a big role in reducing strokes across the country. Its clear that high blood pressure is far more common than you would think.

Laura McGuinness, who leads on stroke prevention at the Stroke Association said:High blood pressure is often referred to as the silent killer because it doesnt present symptoms and many people have no idea their health may be at risk. Over 9 million people in the UK are currently registered with high blood pressure but estimates suggest there could be up to almost 7 million people who are currently undiagnosed and at risk.

During this event, 103 people had their blood pressure checked with 27 being advised to arrange a follow-up appointment with their own GP within a month. One person was recommended to see their GP within a week.

The Rotary Club of Washington Forge is again grateful to Rotarian Dr. Mathew Thomas and Dr. Alex Milne for carrying out the checks.