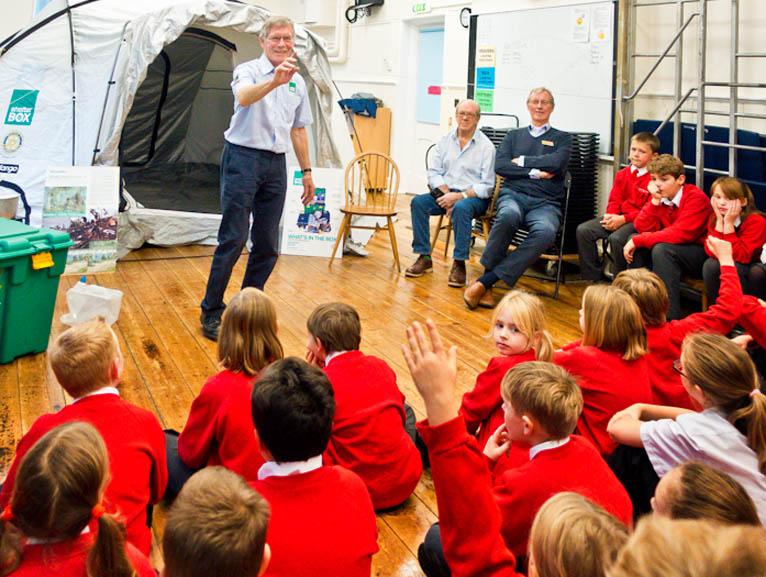 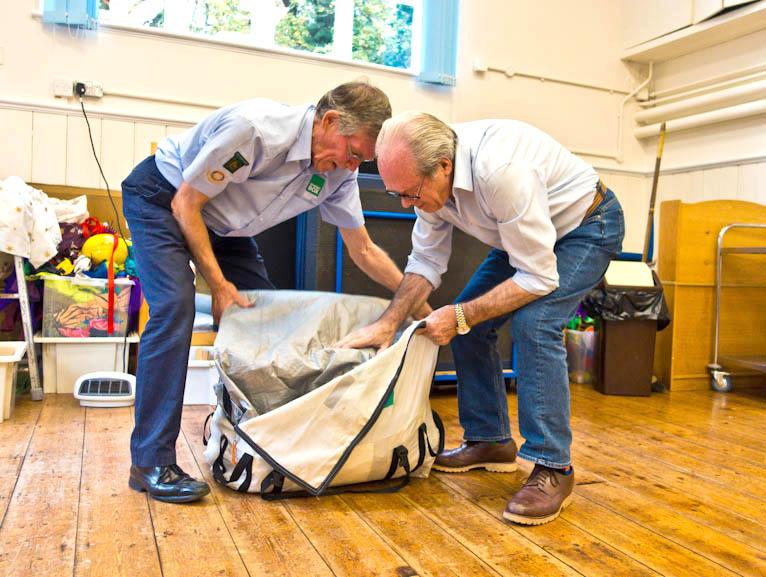 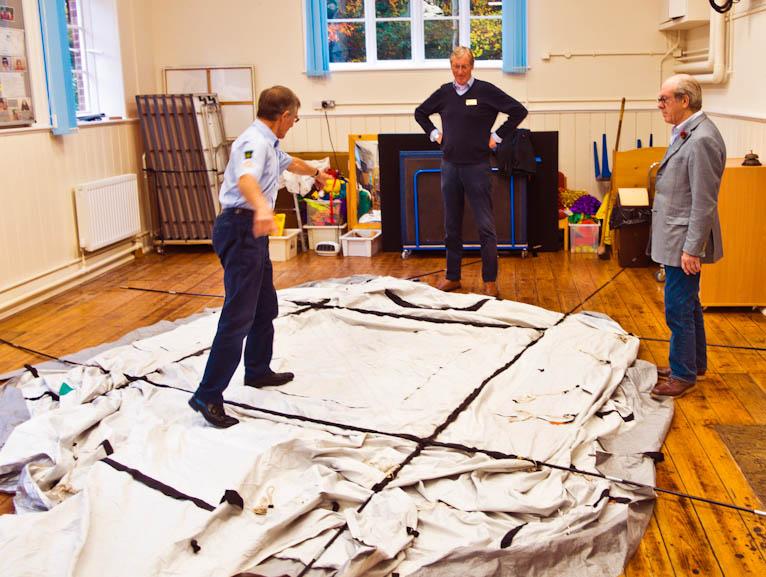 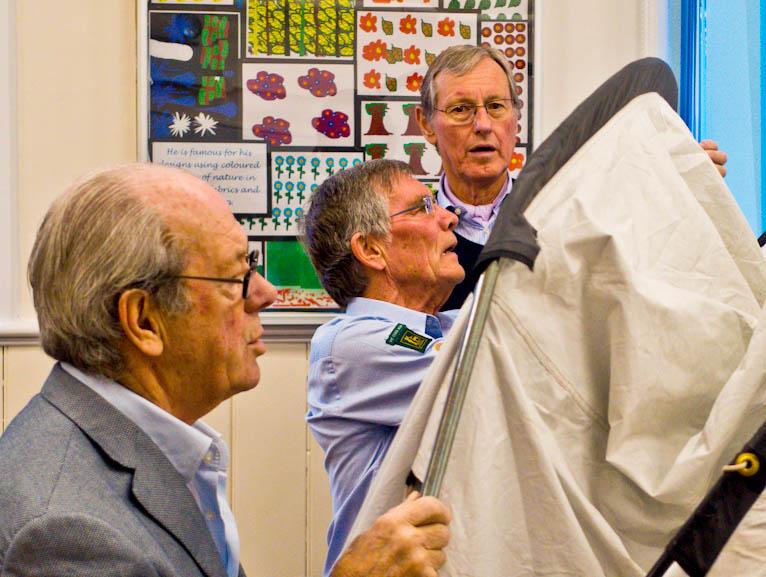 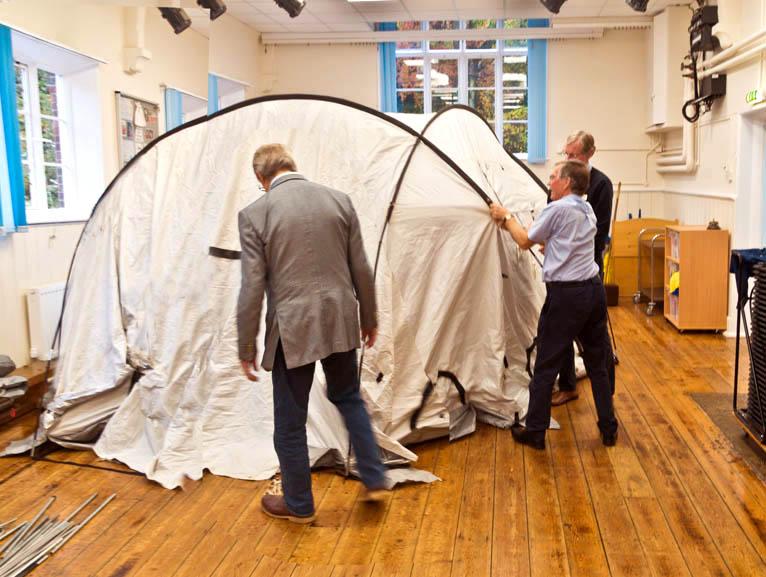 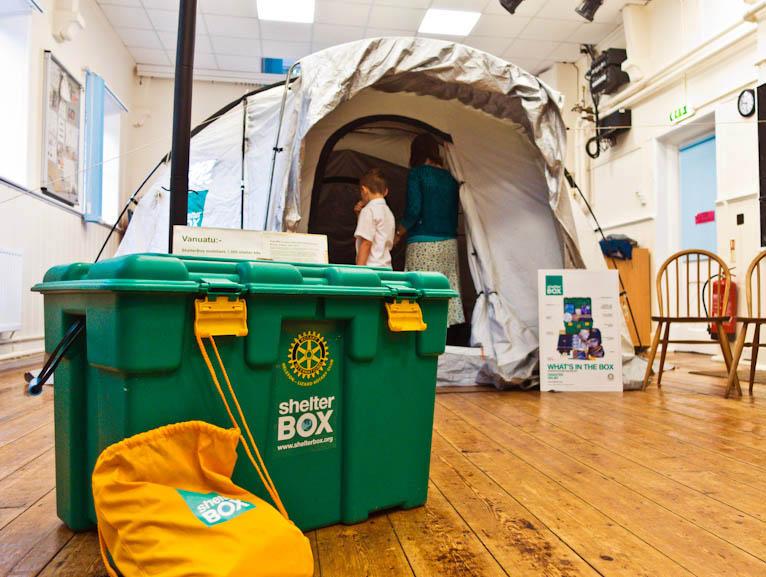 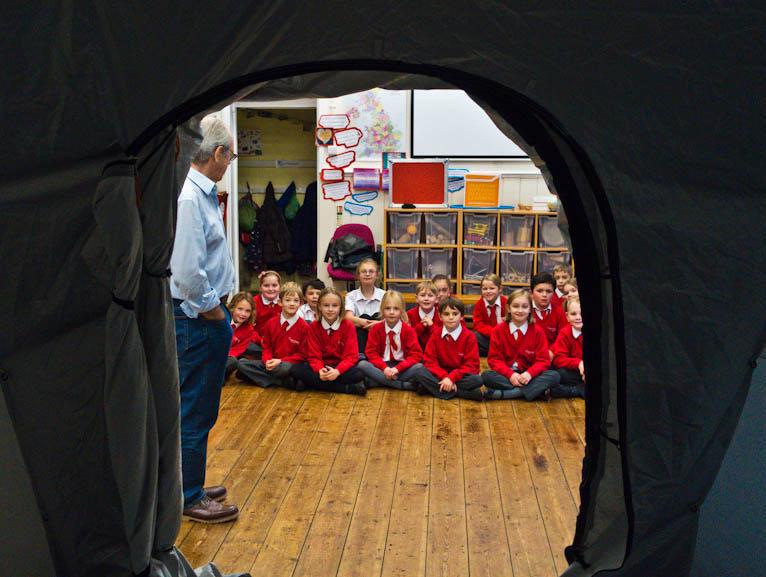 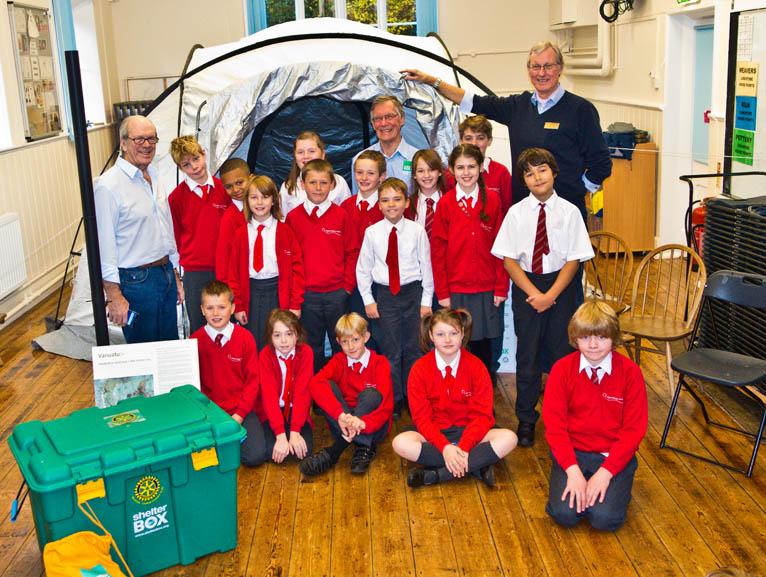 President Bruce Mayhew, Vice President Llyn Robins and Secretary Robin Dudney helped local Shelter Box representative and Thatcham Rotarian John Smart to put up the Shelter Tent at Inkpen Primary School. Lots of the pupils and their teachers were told all about Shelter Box and the help it provides to people in disaster areas throughout the world. The children had to guess what useful contents there were in the box and how they helped people caught up in natural disaster such as floods and earthquakes. This had particular meaning for the children who had been in a series of fund raising events for a Shelter Box. They have raised £550.00 towards the cost of a box, which is just £590. When they have raised all the money they will have a Box allocated to them with a number that they can track throughout the world. Robin, John and Bruce are seen putting the tent together and after the event they even managed to get it back into it’s carrying bag!