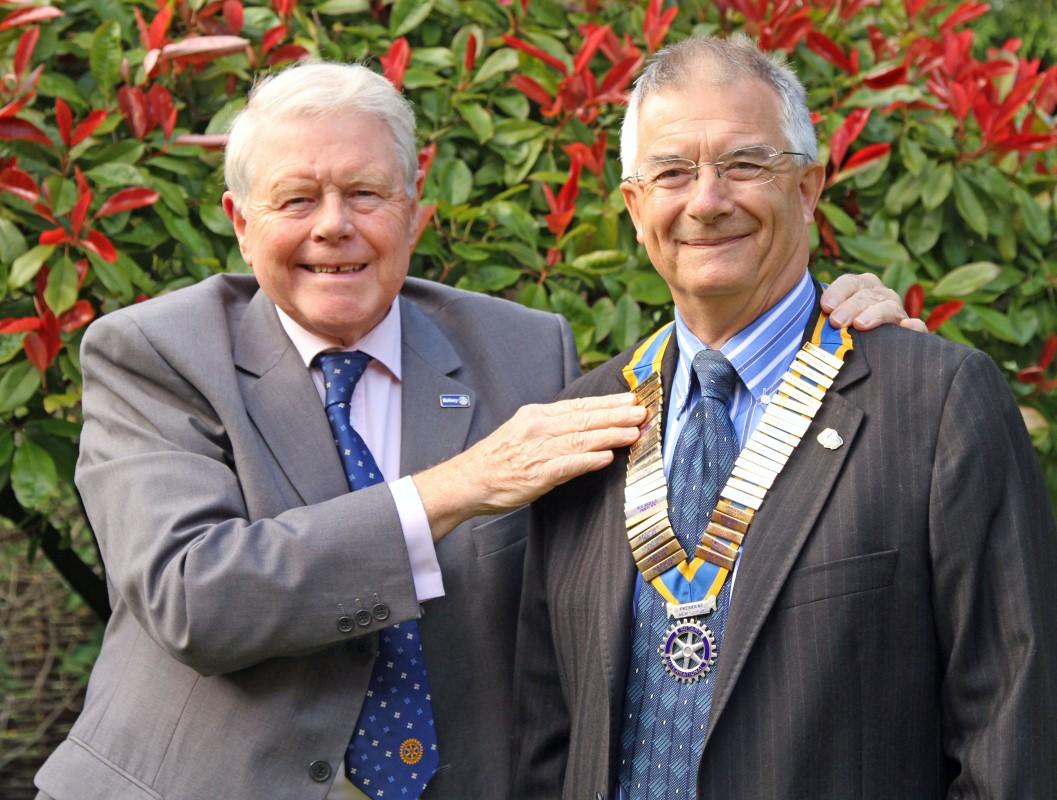 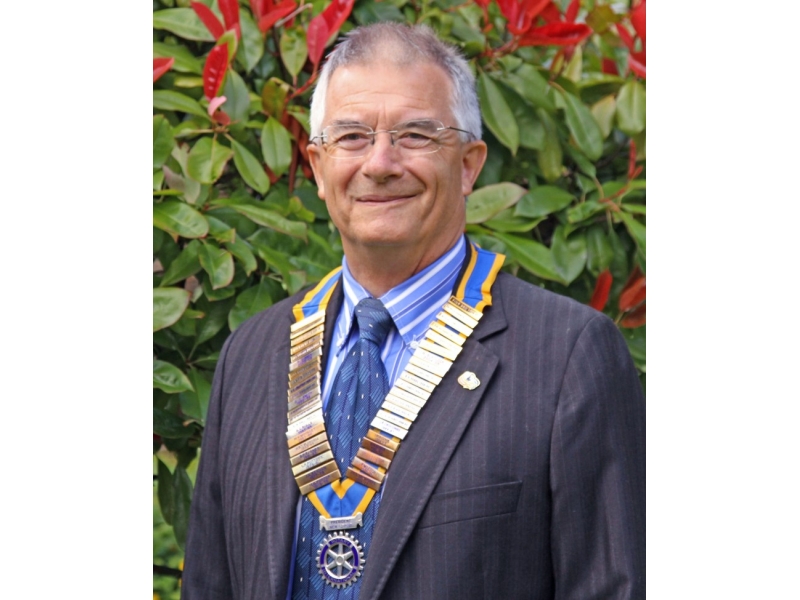 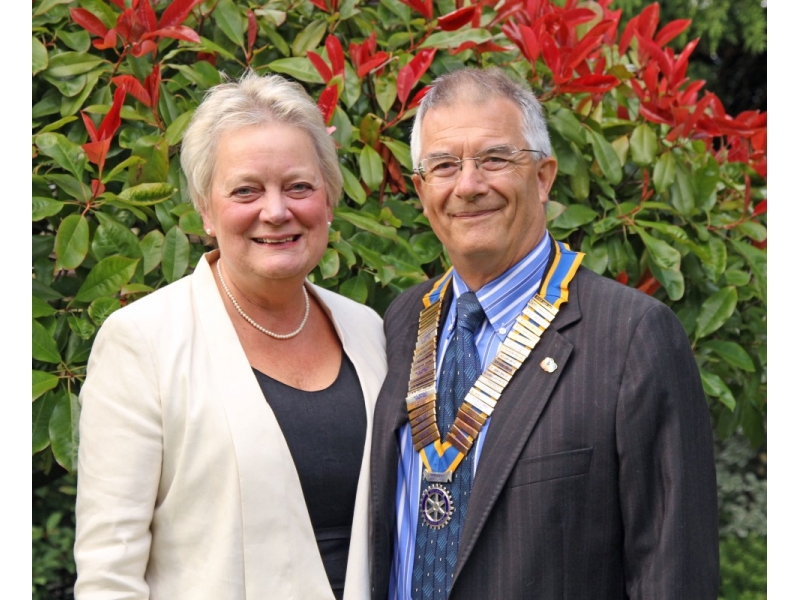 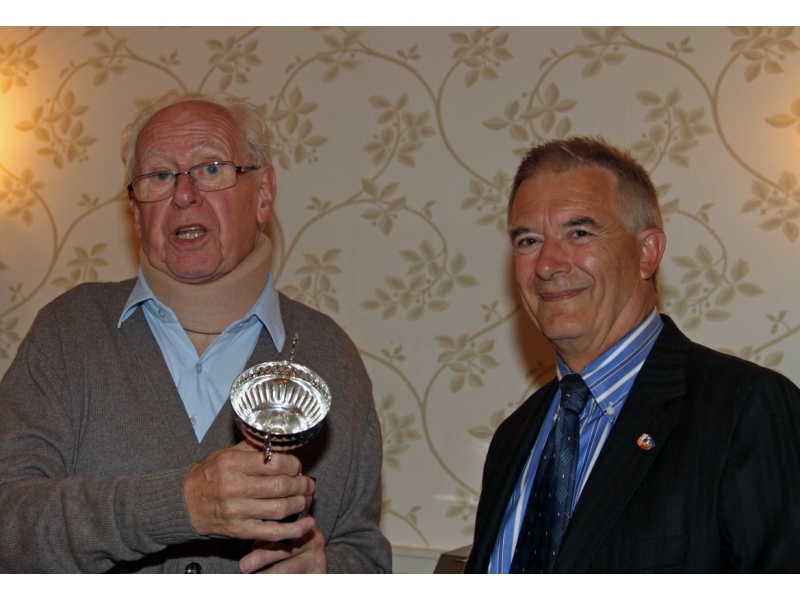 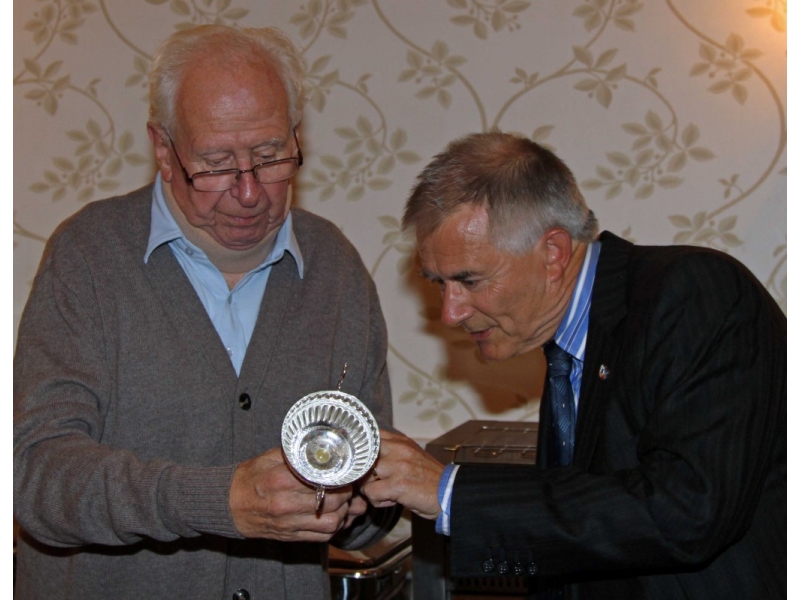 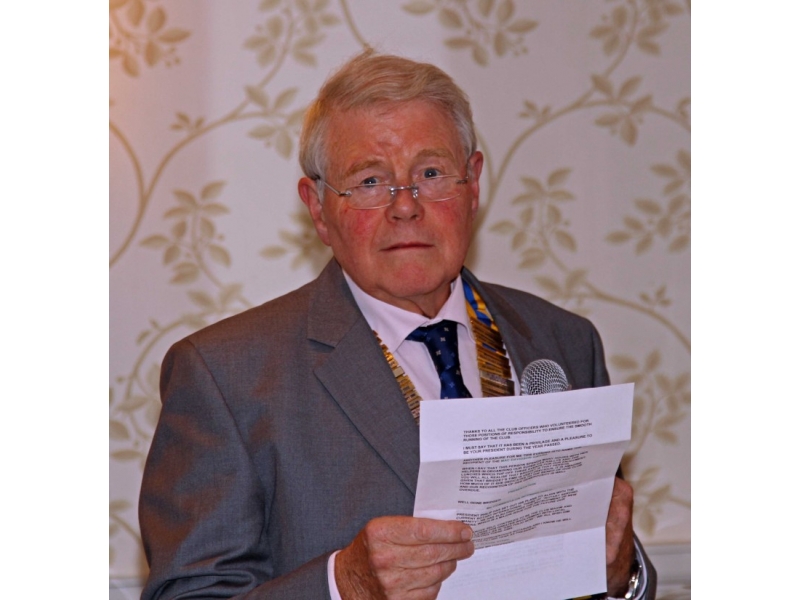 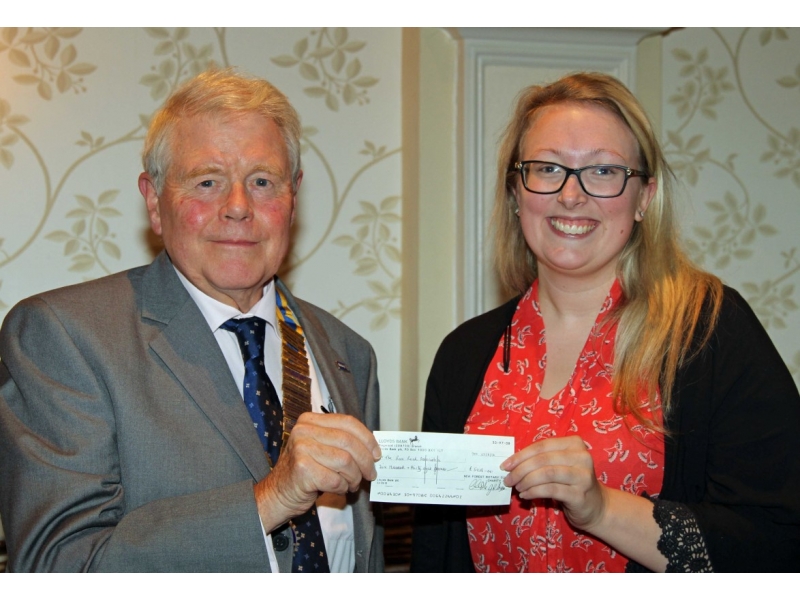 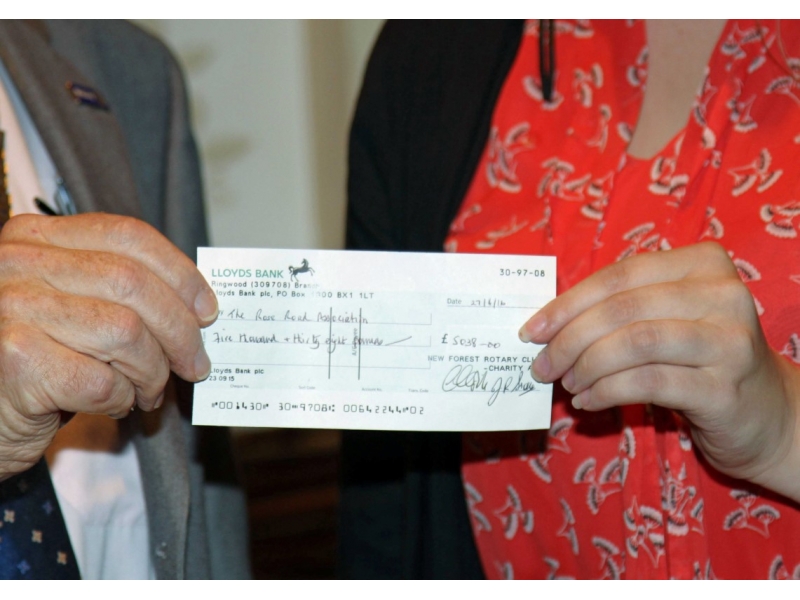 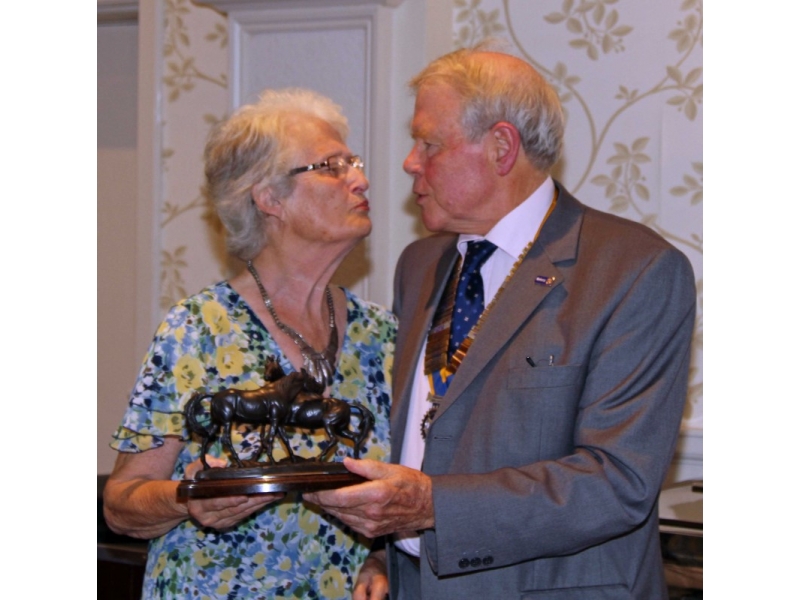 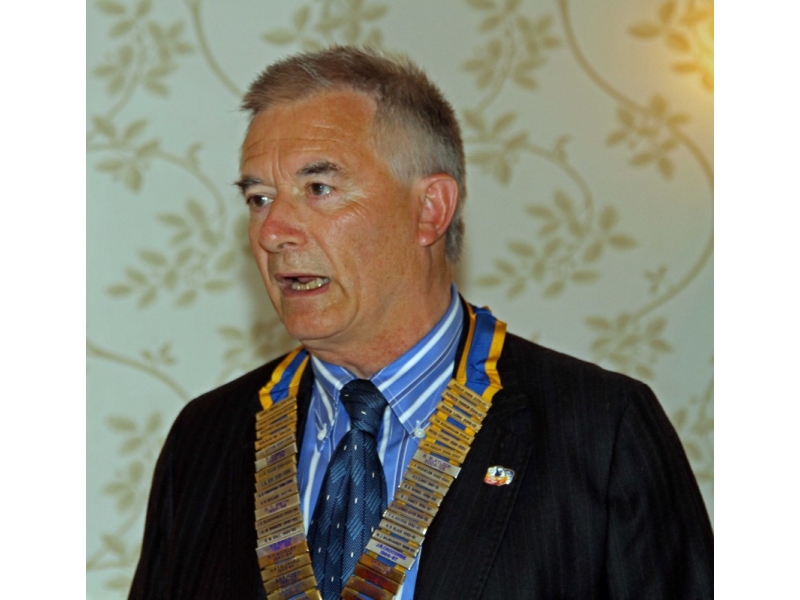 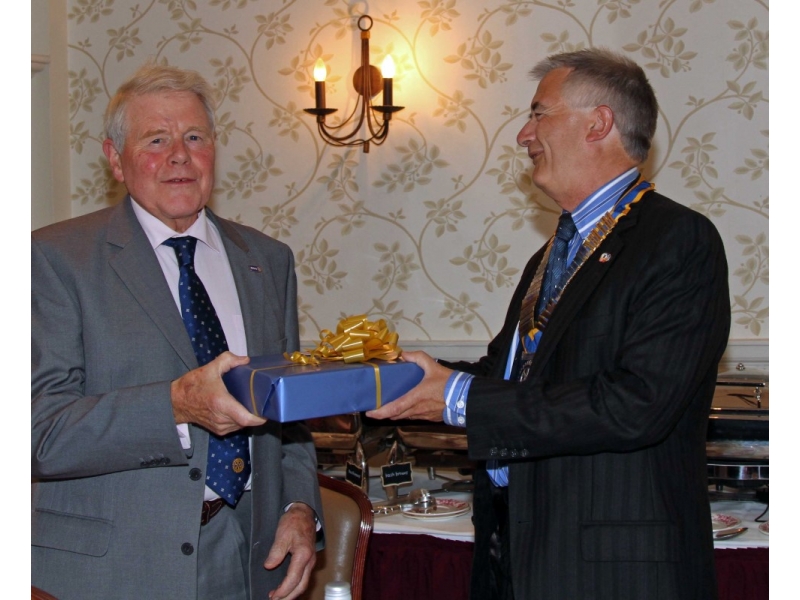 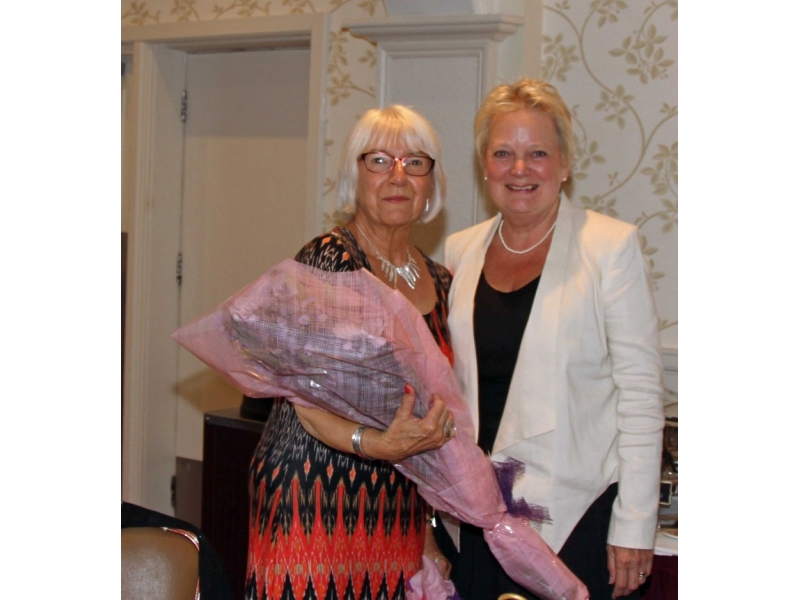 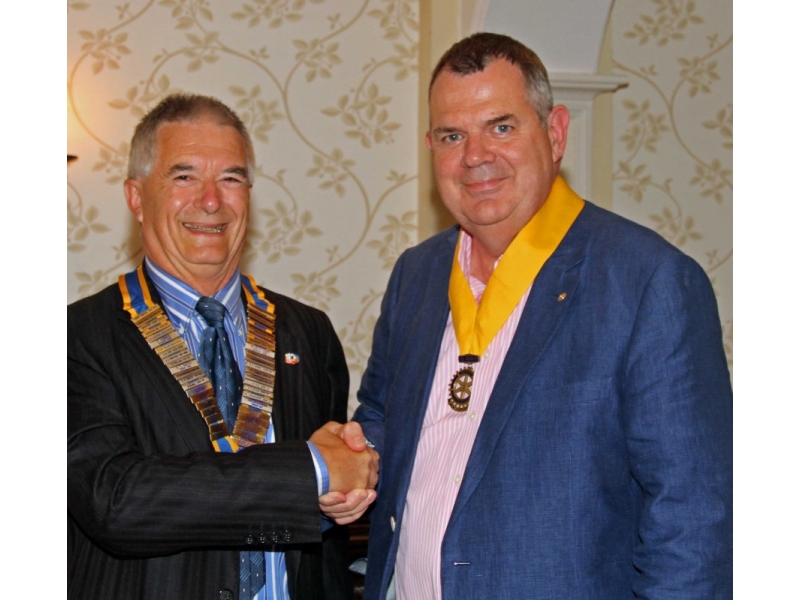 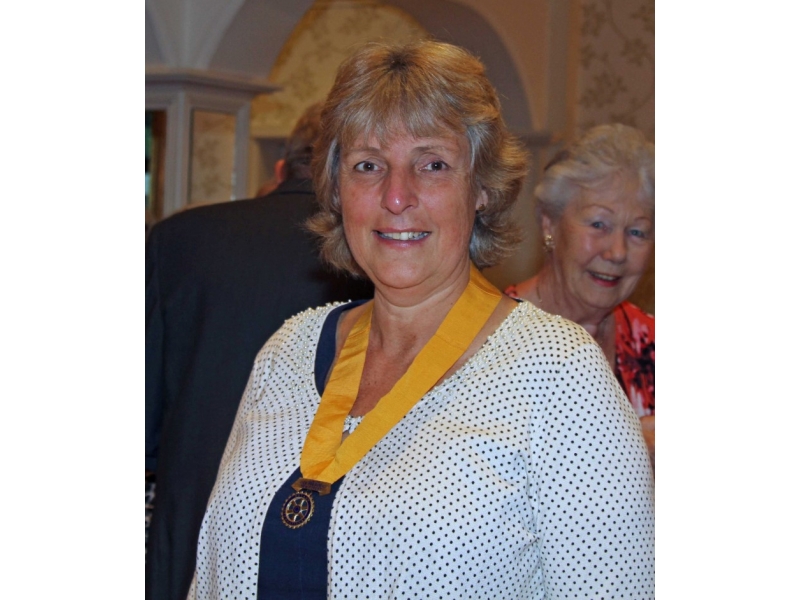 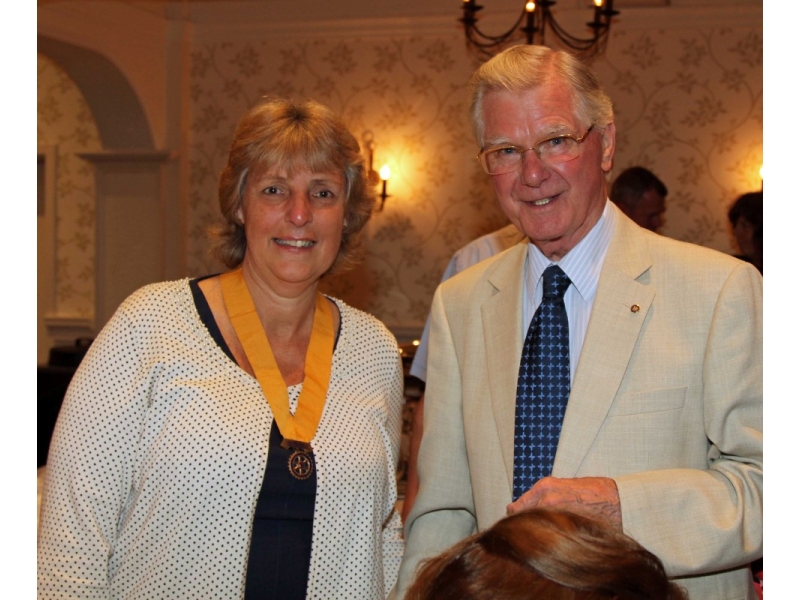 HANDOVER 2016. 4 JULY AT THE CROWN HOTELPHOTOS BY RAY DAWES

Handover took place after an excellent meal and in the presence of the largest party of Rotarians and guests for a long time.

Before the main part of the evening Geoff presented a cup to Philip Dinn, a prize for the most enjoyable car at the recent Charity Classic Car Rally.

President Lawrie then thanked everybody for the support he had enjoyed during his time as President and reviewed the main points of the year and the support we had been able to give to the many charities. He presented a cheque to Rachael Tyler from The Rose Road Association, Lawrie’s main charity. She responded by speaking of the charities work and the wonderful equipment the extra funds would be used for, consisting of a sensory wall and bed. Lawrie was then pleased to present the MacDavidson Award to Bridget Gook for her great contribution to the Classic Car Rally and the others events during the year.

President Lawrie then congratulated President Philip and invested him with the regalia and the responsibilities of the Rotary Club of the New Forest.  Philip spoke of his plans for the following year concentrating on increasing membership and following the Rotary International slogan of ‘Serving Humanity’. He stressed the importance of creating knowledge of Rotary in the community and emphasised ‘Spread the Word’.

Philip presented a special present to Lawrie to remind him of his successful year. Fiona Dinn gave a bouquet to Jan, thanking her in particular for the special events organised for the ladies.

President Philip then invested The President Elect 2017-8 Tim Richardson. We had been lacking a President Nominee to follow Tim and then, as the evening drew to a finish, Philip made a surprise announcement – that Nicola Antoni had been proposed and had accepted the post.  This met with huge applause.

Tony's Report with Photo from the Lymington Times 10 September 2016 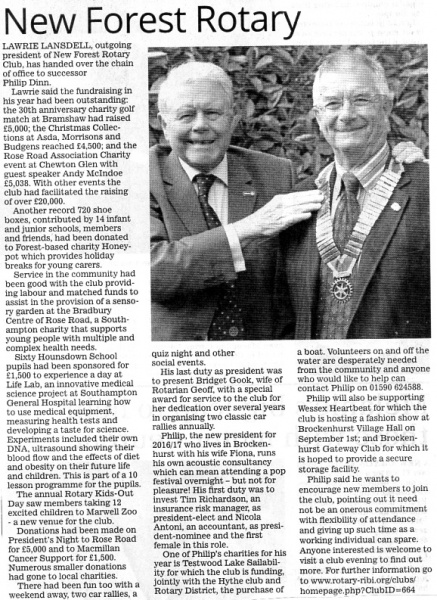