NEW MEMBERS EVENING AT THE CROWN. 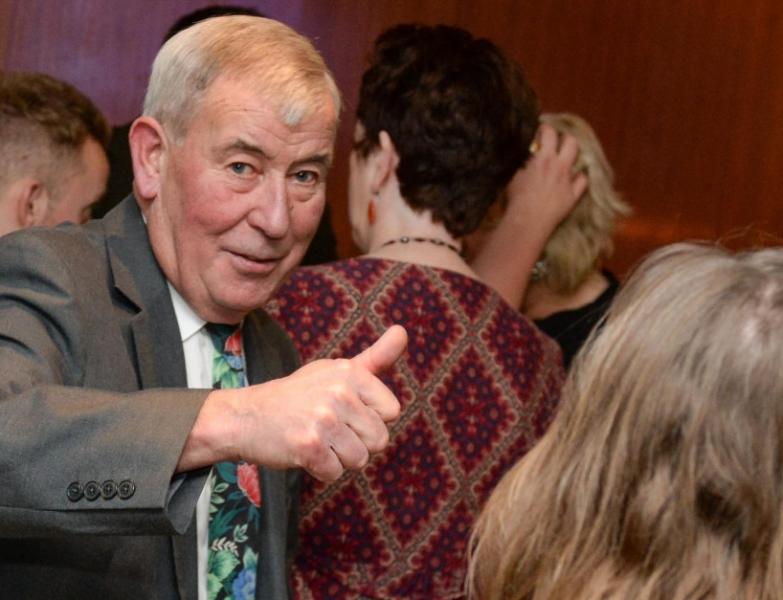 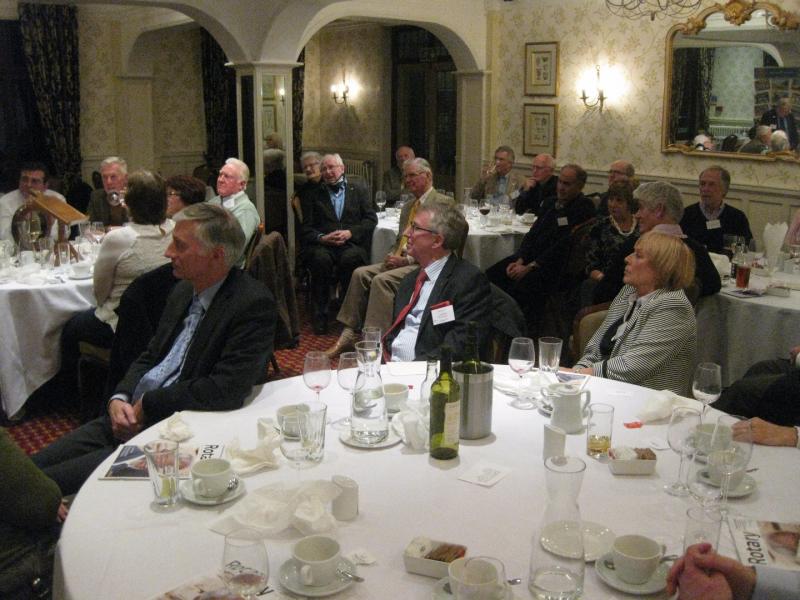 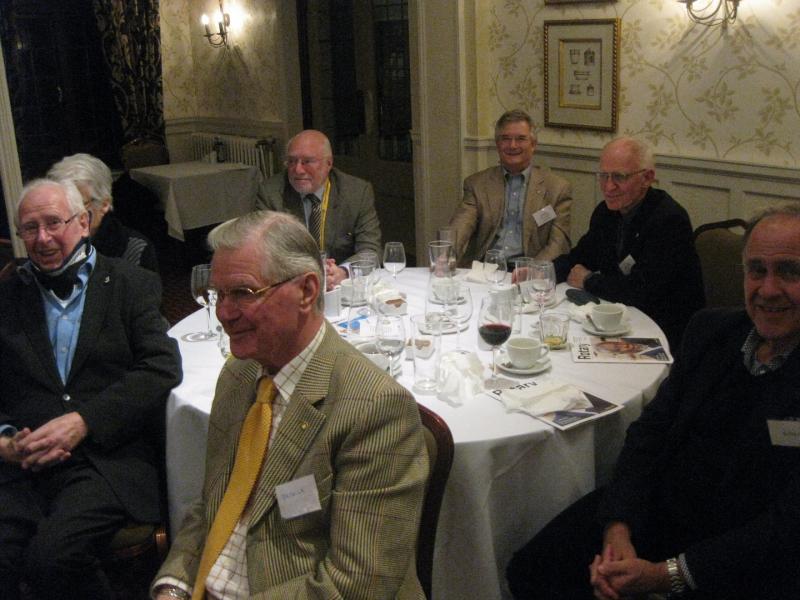 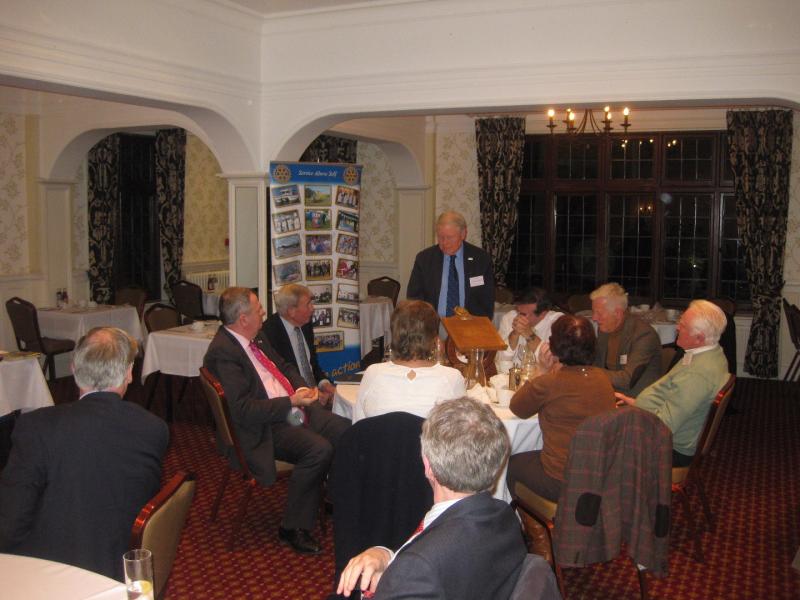 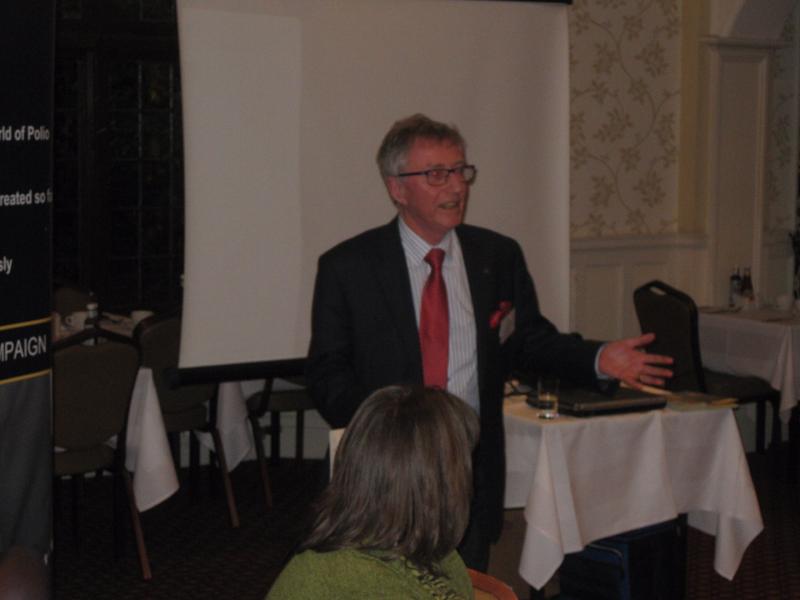 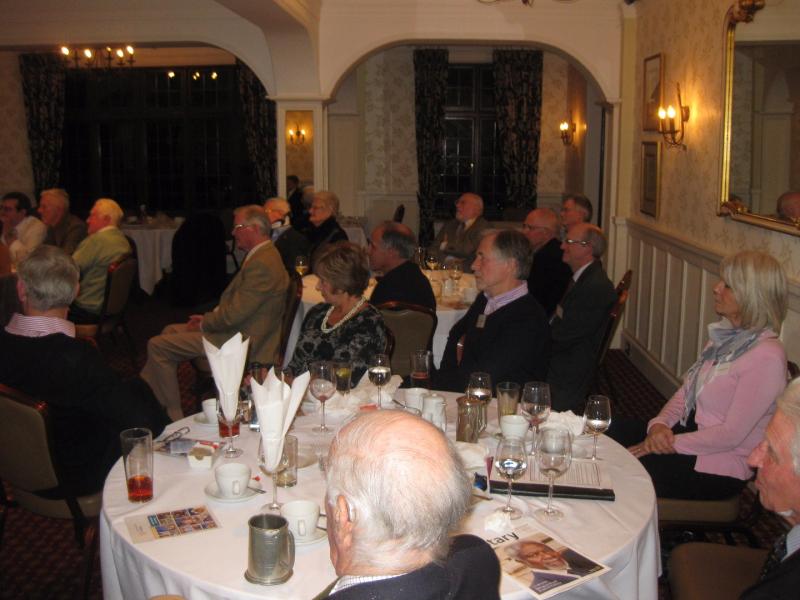 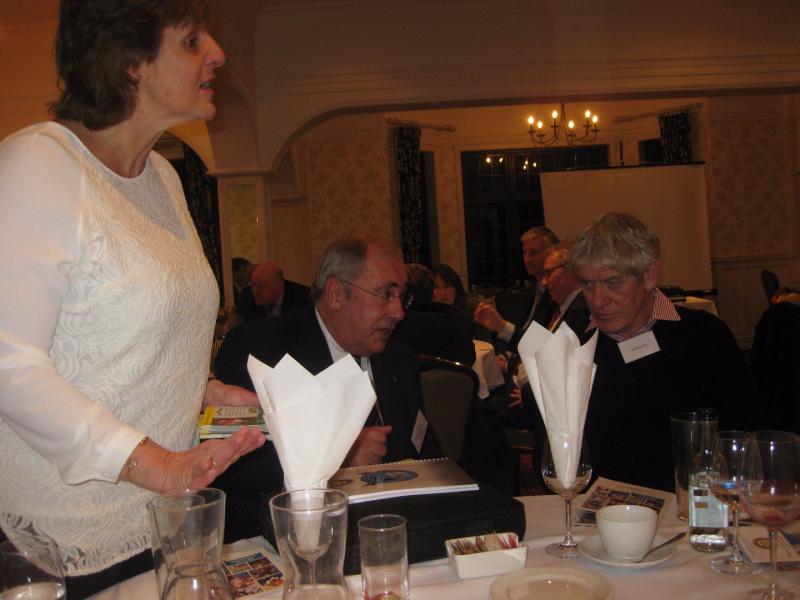 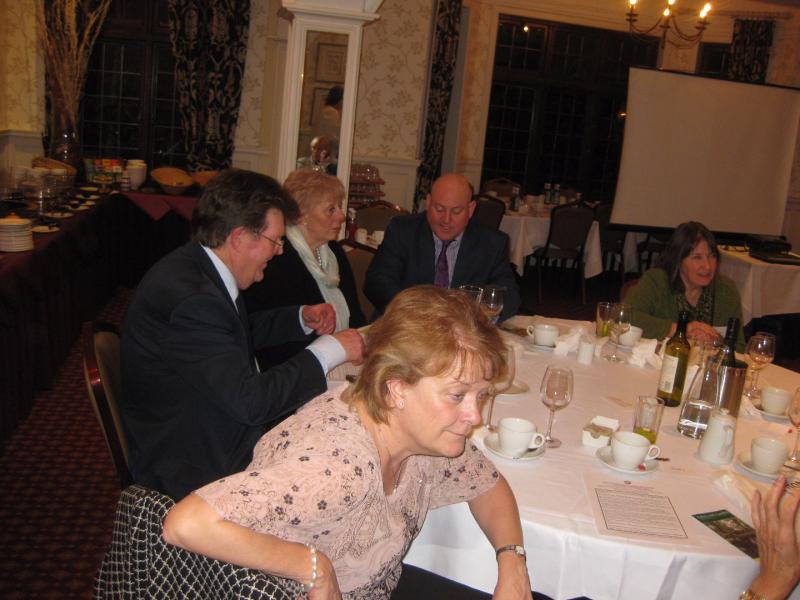 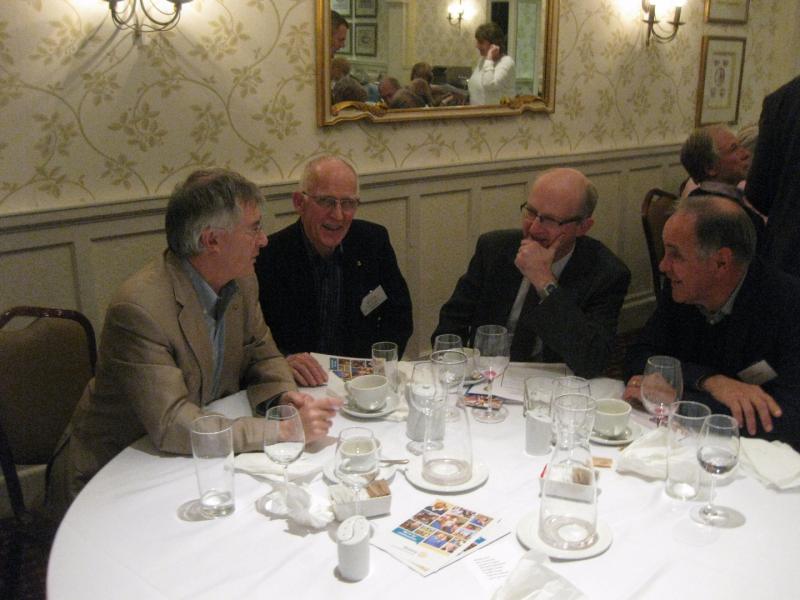 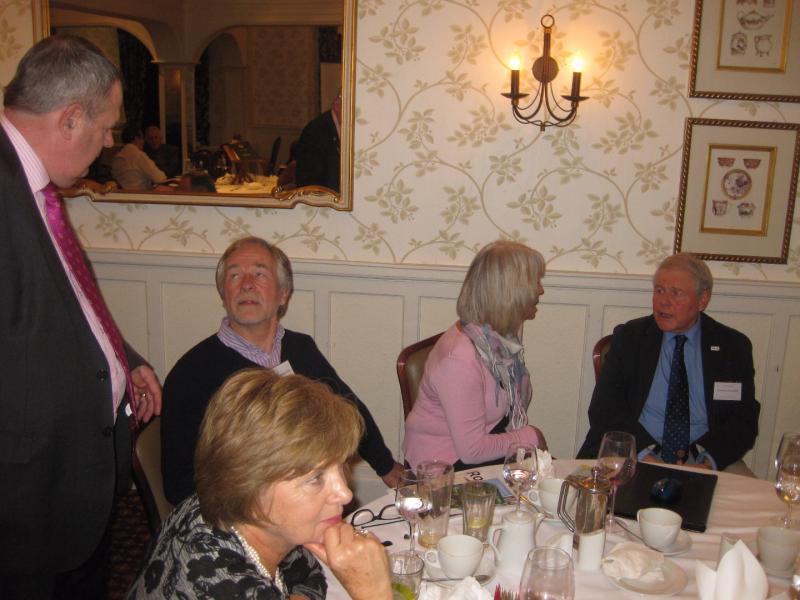 Members were encouraged to invite friends, acquaintances, business contacts and in fact anybody they felt could become a potential member or introduce others to membership, to an evening at The Crown Hotel.

This was a special evening with a slightly different format to usual. We had a guest speaker, as usual, but also a talk by Alan Blair and then plenty of timer for general chat and mixing at the tables. We were 33 atdinner, 13 Rotarians plus three partners and 17 guests including 6 partners.

After a half hour mingling in the bar we all moved into the restaurant and after introductions we had an excellent dinner, The main speaker was Jim Buffett who gave a really superb talk outlining his life story from an unruly pupil who was constantly sent out into the walled garden of the school, as a punishment, to become one of the most respected and well known gardening experts in the U.K.  His progress` through parks and market gardens, to selection and training at Wisley, becoming the Superintendent of the Royal Parks (including the Royal Palace gardens in London), to Chief Judge of Britain in Bloom for 25 years and  one of the few holders of the highest award in horticulture, the Victoria Medal of Honour. He had the audience in stitches with a truly entertaining and witty talk.

Our Alan Blair then had to follow that! And he did it with his usual style setting out what Rotary is really all about, from the international, district and local perspective. Interesting and informative. Brilliant!!

This was undoubtedly an enjoyable and useful event for everybody present.