Our shoe box appeal. The wonderful response from local schools 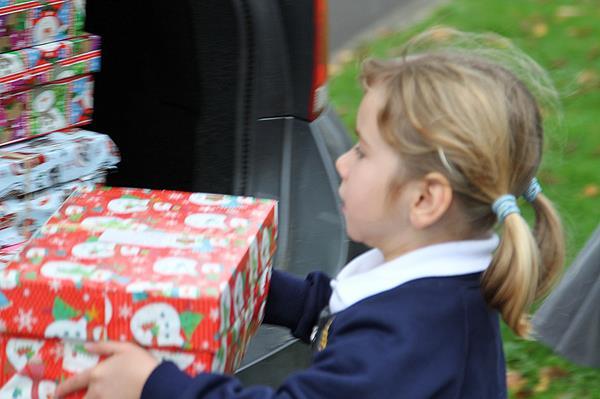 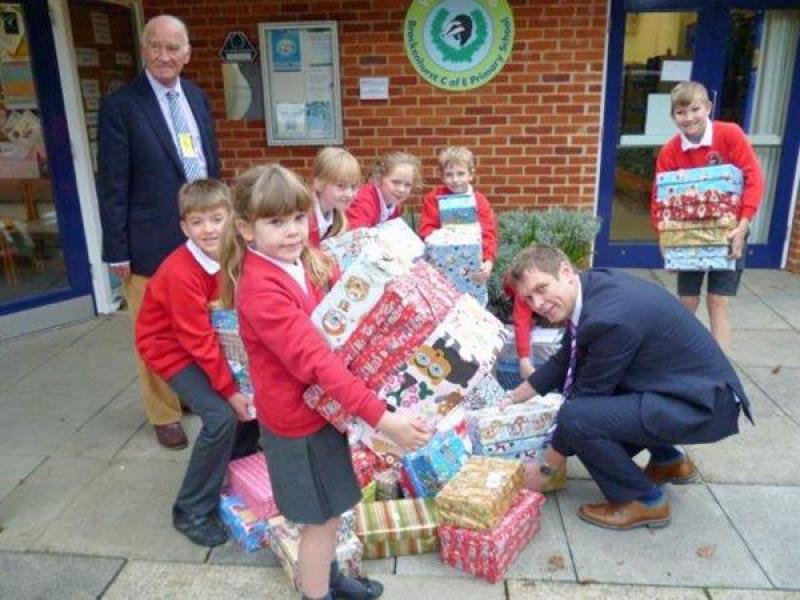 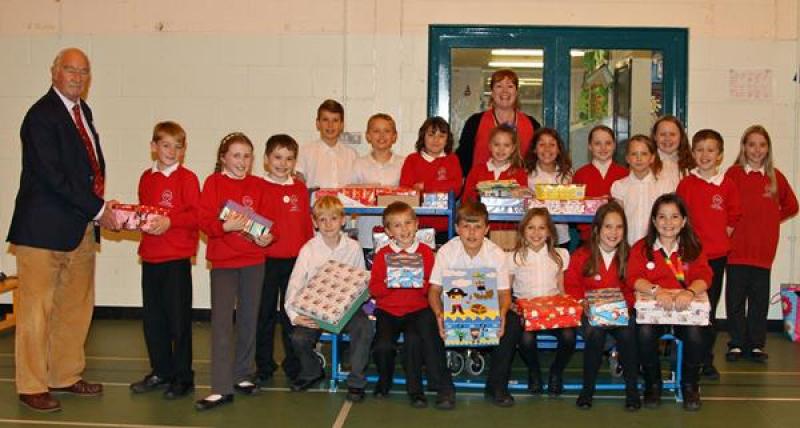 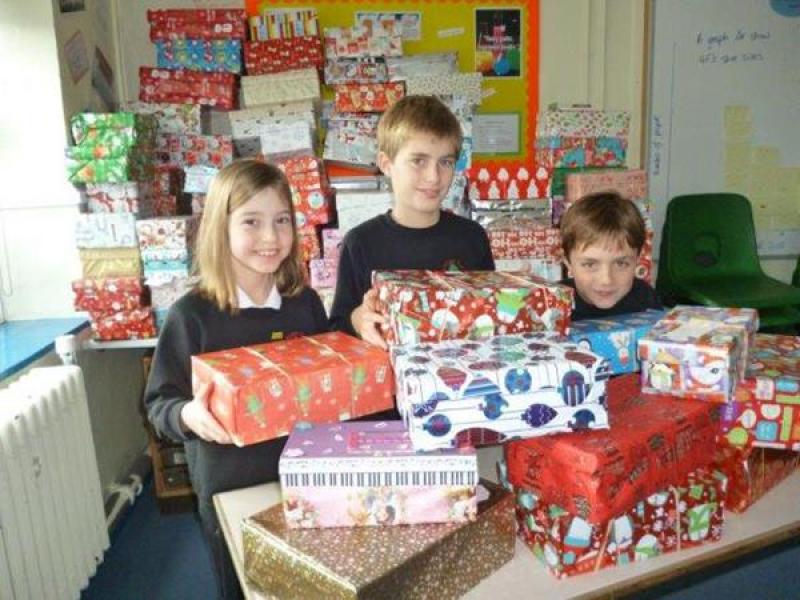 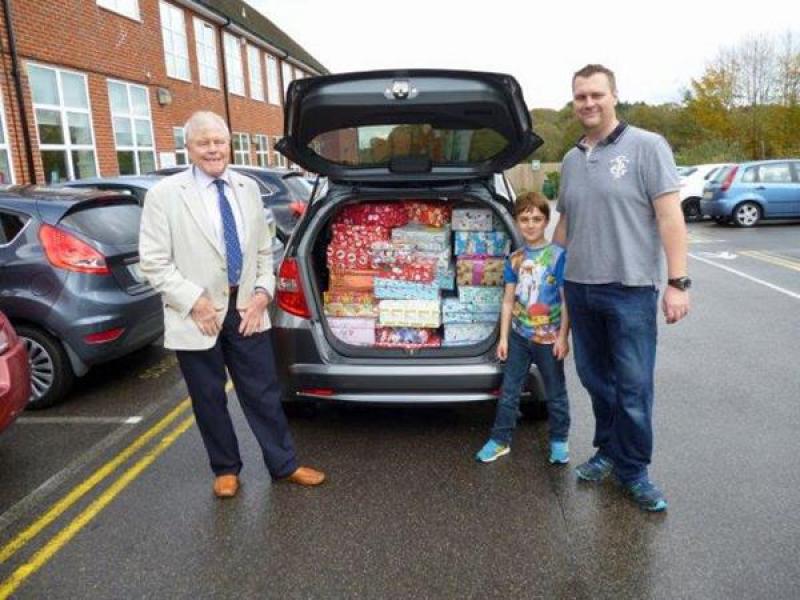 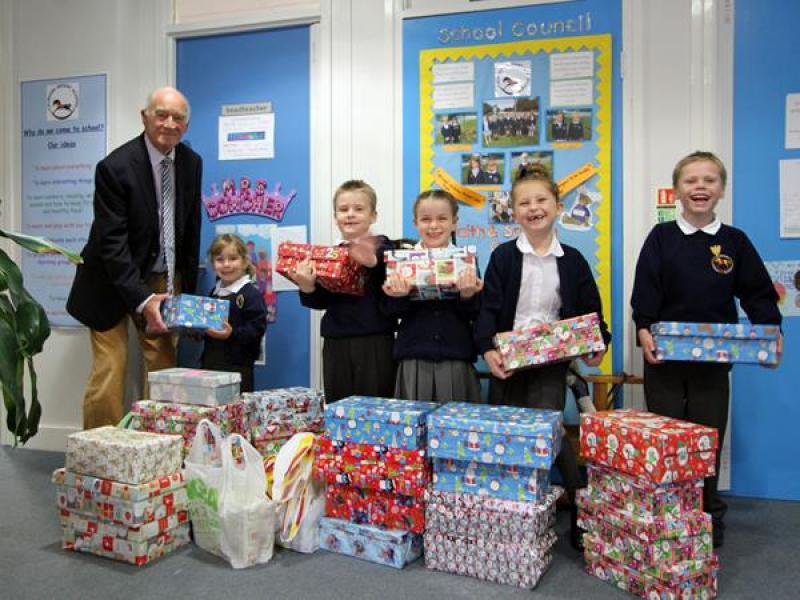 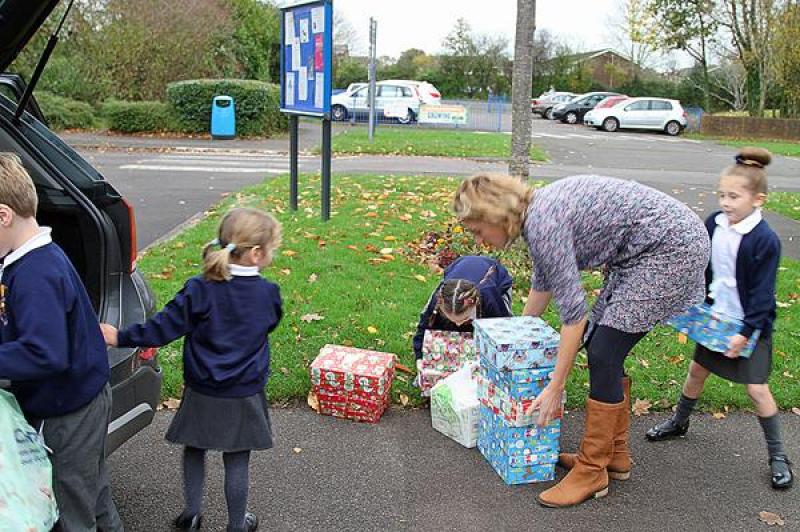 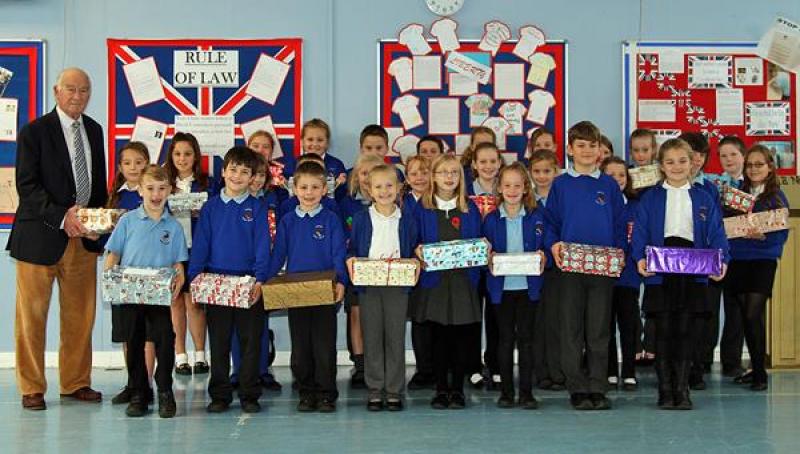 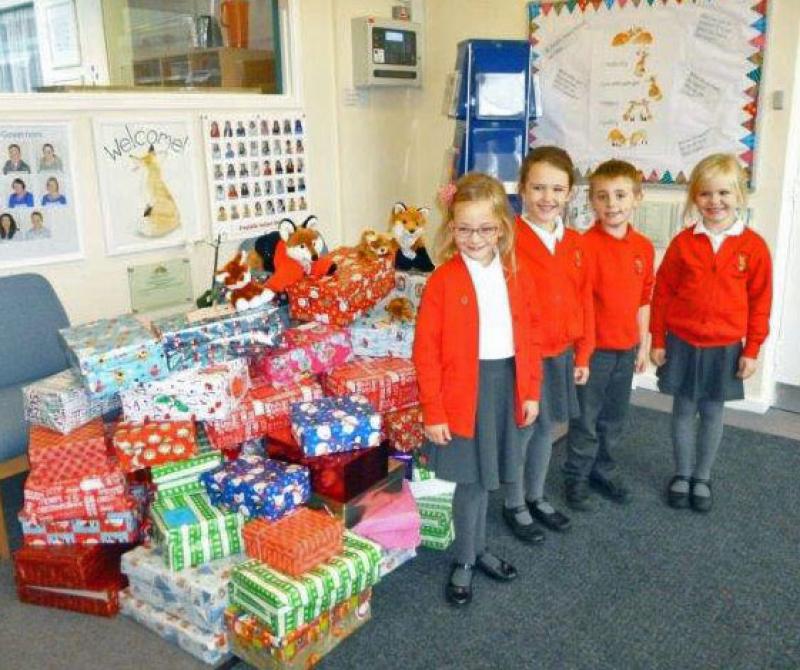 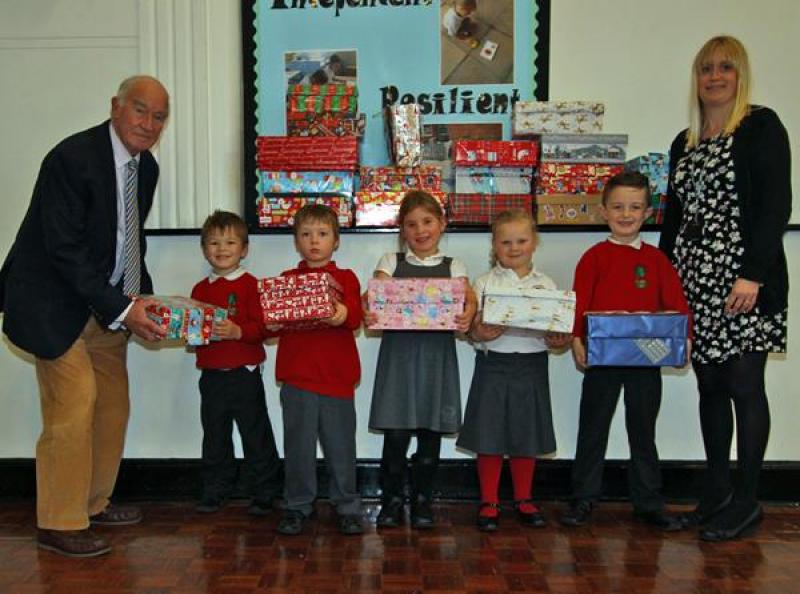 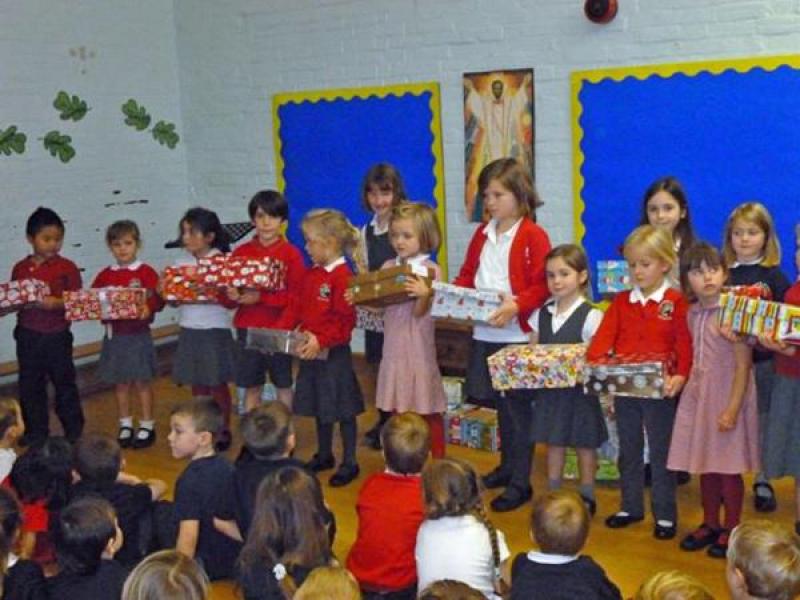 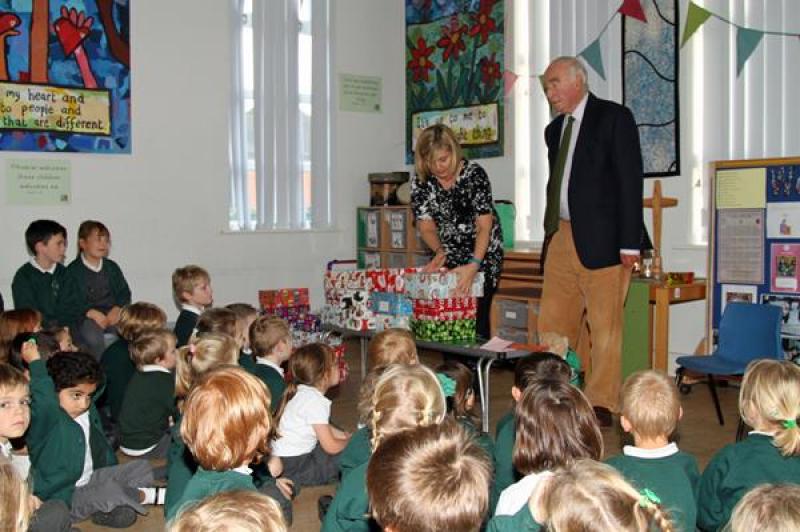 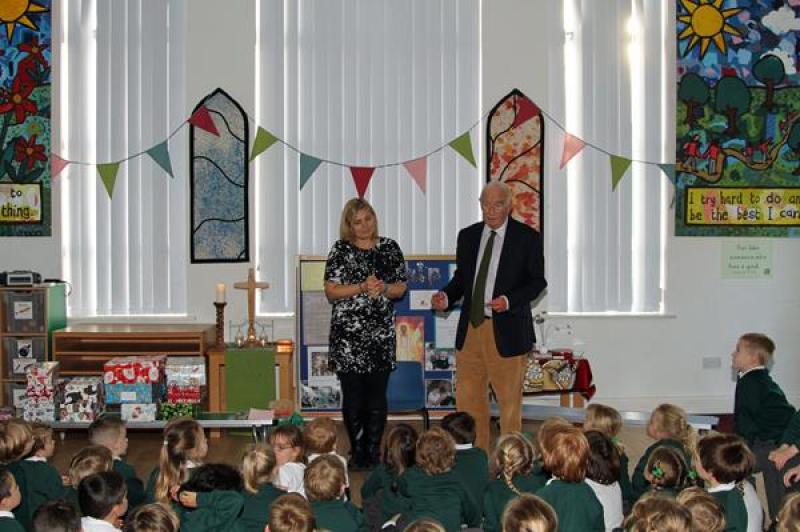 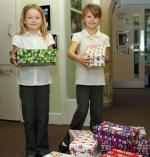 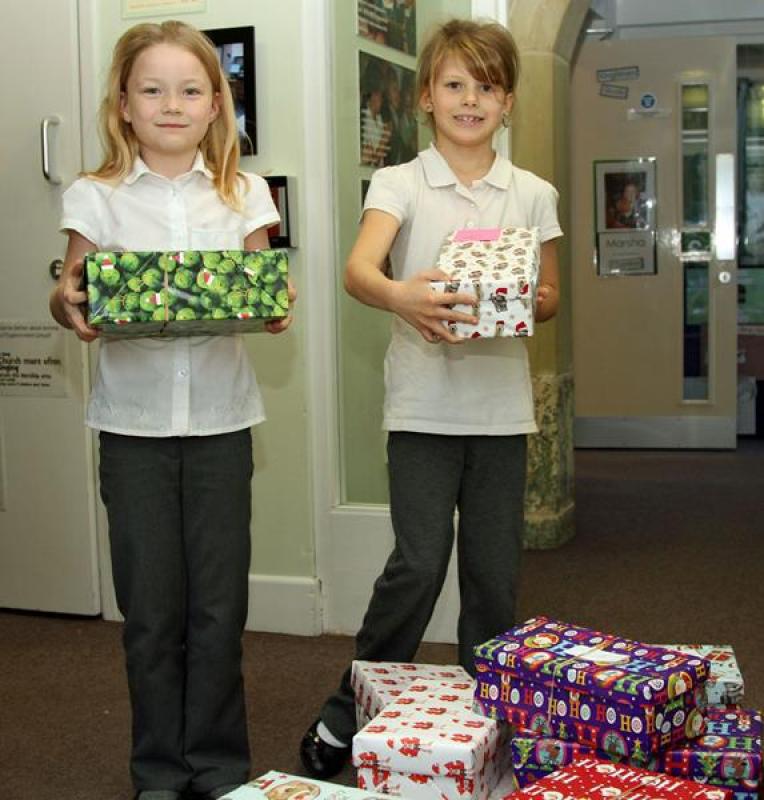 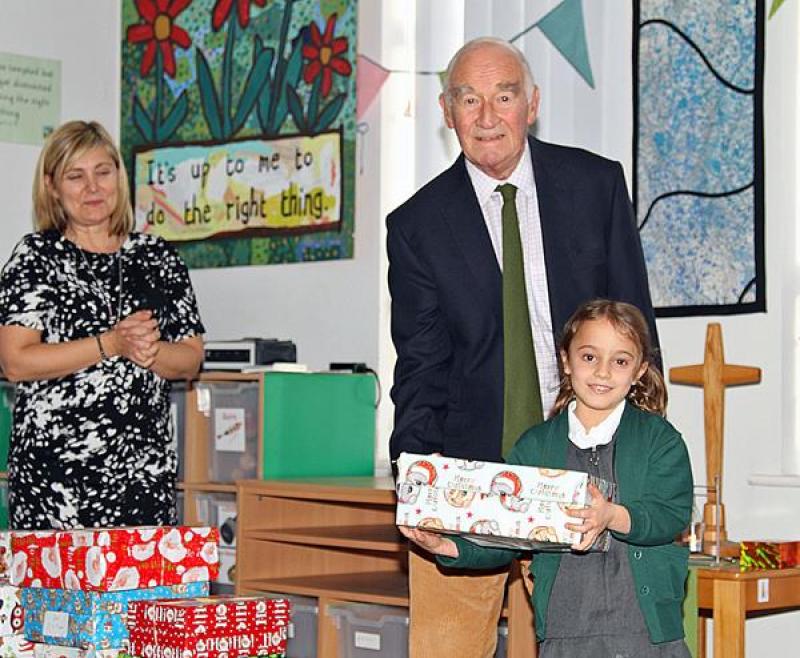 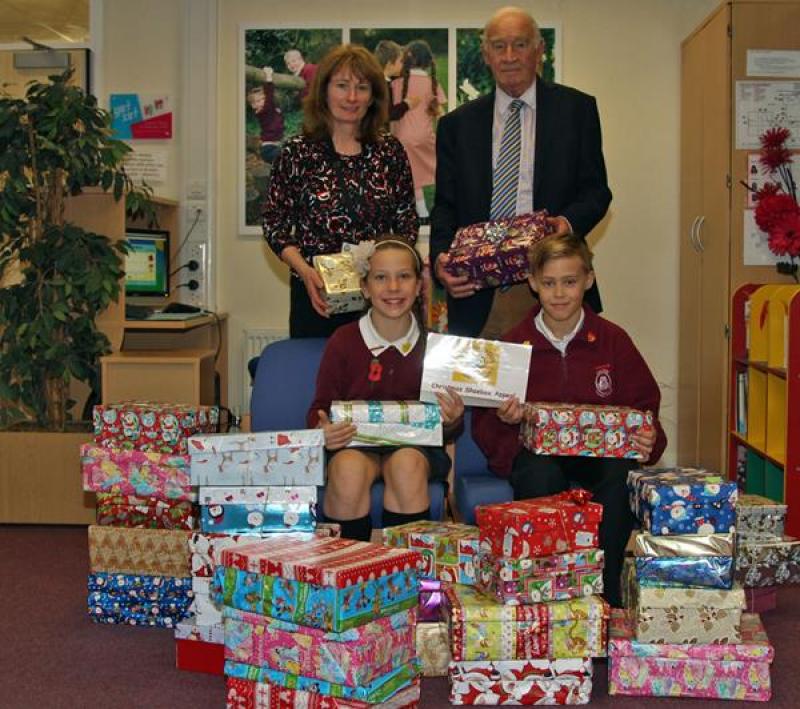 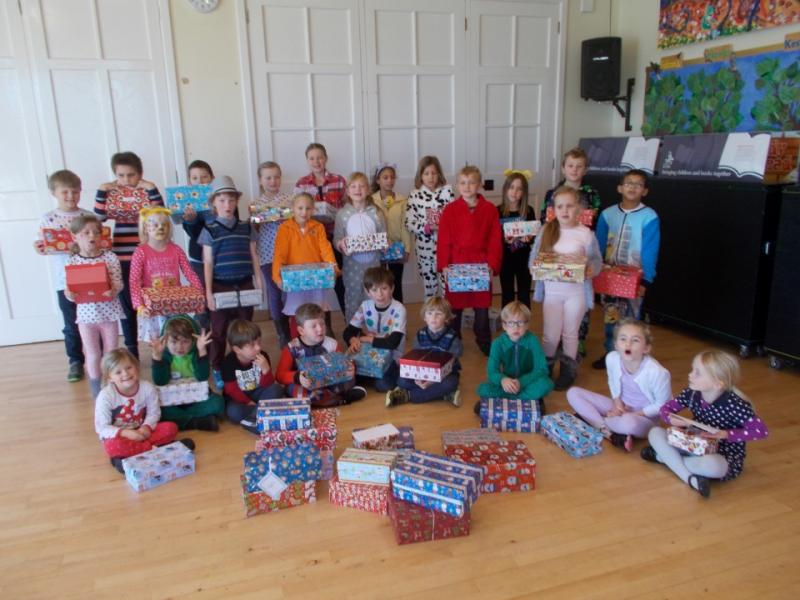 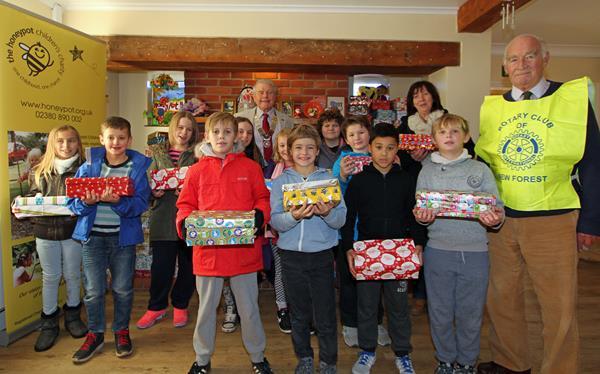 "For the third year running the New Forest Rotary Club  has organised Christmas-filled shoe boxes for the Honeypot Children’s Charity, primarily from fourteen schools around the New Forest and Totton.   Each year's collection has surpassed the previous years, and 2015 has achieved a record collection of 730 boxes, which are now in course of distribution to some very deserving children throughout the country in time for Christmas.

The Honeypot Children’s Charity provides ongoing support to vulnerable children and young carers aged 5-12 years, most of whom have a seriously ill or disabled parent to look after.   Lawrie Lansdell, President of the Rotary Club, said “The efforts and generosity of the many participating schools, children and parents, and other supporters has been truly amazing.   We estimate that over £6000 has been donated by filling the Christmas-wrapped boxes, which is a magnificent gesture in the cause of disadvantaged children throughout the UK and here in the New Forest.   New Forest Rotary Club and Honeypot extend their grateful thanks to all concerned, not least because we estimate that some £16,000 will have been raised through this route over the last three years”.

Information on the Honeypot Children’s Charity can be found at www.honeypot.org.uk  ".

WELL DONE: John Thomson, David Matcham, and Nicola Antoni, who had help from many Rotarians and their partners, particularly President Lawrie and Ray Dawes (photos), with special mentions for John Bloomfield, Sue Gully and Peter Stewart.