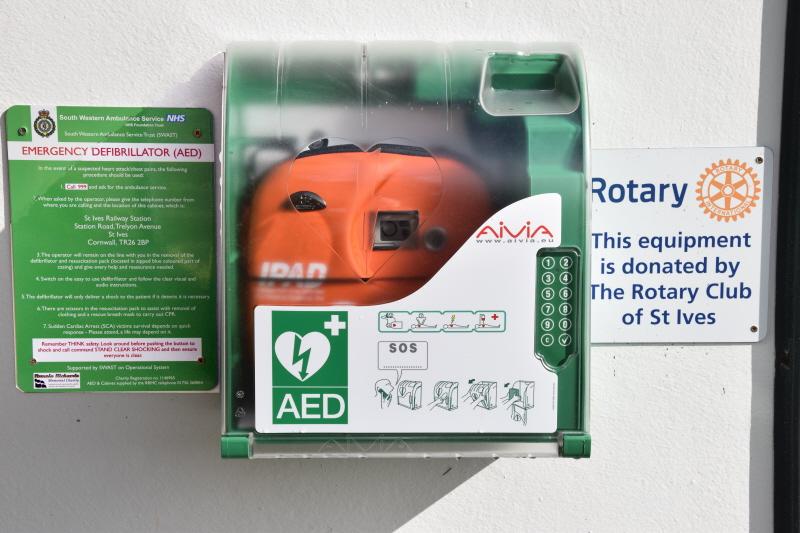 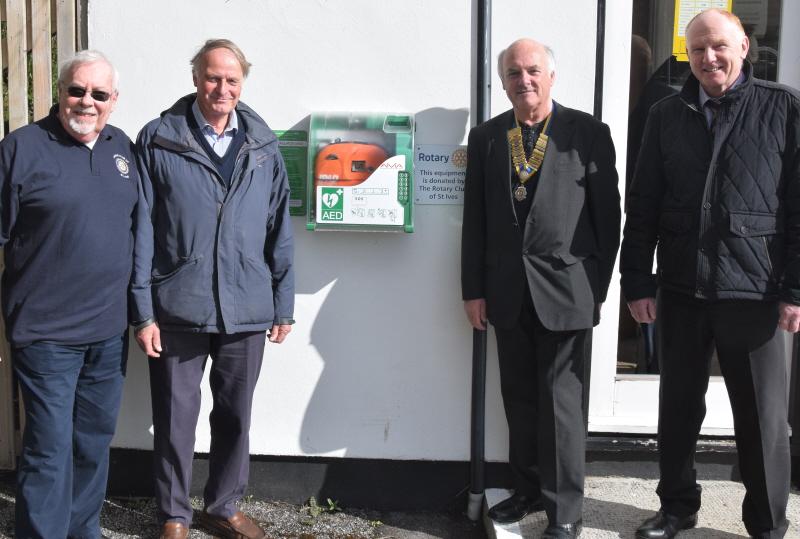 A new ‘PAD’ has now been installed outside St Ives Travel Agency beside St Ives Station with the kind permission of the owner, Steve Murphy. It has been funded by the Rotary Club of St Ives and is housed in a toughened vandal-proof polycarbonate case with a keypad access. It can be used in the event of a person having a cardiac arrest and will serve the station area with its many incoming and outgoing passengers, the busy Porthminster car park as well as Porthminster beach itself.
The Rotary Club have also purchased a second ‘PAD’, which is located by the Lifeboat Inn.  The Gig Club are currently fund-raising to purchase another ‘PAD’, hopefully to be sited at the western end of the harbour to give full coverage to this important part of the town.

The ‘PAD’ is used in the following way: if a person collapses possibly due to a cardiac arrest, bystander(s) will call an ambulance in the usual way via 999. The controller at the ambulance service will dispatch an ambulance as quickly as possible but will also advise the location of the nearest ‘PAD’, provide the number to type into the keypad access and talk through the procedure to follow whilst the caller is returning to the casualty with the equipment.
Time is of the absolute essence if successful resuscitation is to be successful. The ‘voice’ in the machine gives full instructions, determines whether the collapse is due to a cardiac arrest and explains how to apply a shock. A fail-safe mechanism ensures that no shock can be delivered if the collapse is not caused by a cardiac arrest.

The ‘PAD’ was purchased via the Penzance based Ronnie Richards Memorial Charity, which has been responsible for the deployment of many of these machines throughout Cornwall and elsewhere. A number of lives have been saved already.


Although the use of the equipment and the verbal instructions given by it are very straightforward, the St Ives Rotary Club, in conjunction with the above charity, arranged three training sessions in their use, instruction in the vital procedure of cardiopulmonary resuscitation (CPR), use of the recovery position etc. These sessions took place at the Guildhall in April and May. 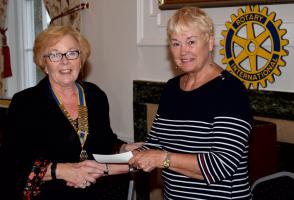 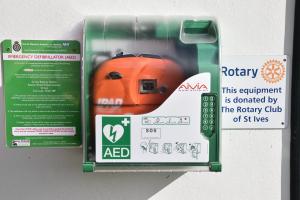 The Public Access Defibrillator is one of 2 units funded by The Rotary Club of St. Ives and installed outside The Lifeboat Inn on The Wharf and at the Travel Office at St. Ives Railway Station

A project, jointly with other local Rotary Clubs and Schools, to provide clean water and sanitation to some villages in Uganda. 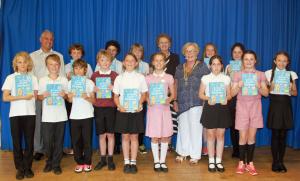 Roll Out The Barrel

Barrels purchased for the 'Roll Out The Barrel' project 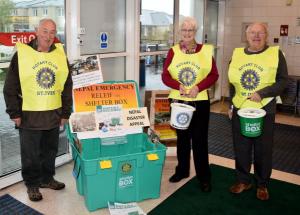 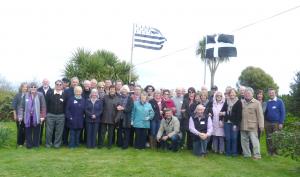 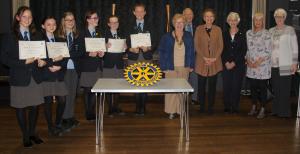 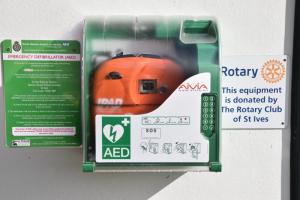 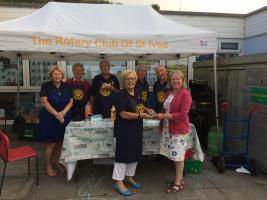 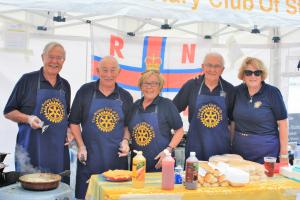 The Team once again provide quality food on The Wharf on Lifeboat Day, raising money for Charity

DONATIONS TO THE COMMUNITY

Rotary Club of St Ives supports National and International causes and is proud of its continuing support to the community of St Ives. 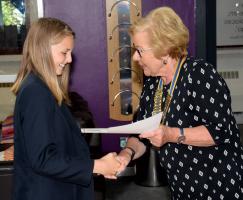