Our Rotary Club was founded and chartered in 1986. We are situated on the west coast of Ireland 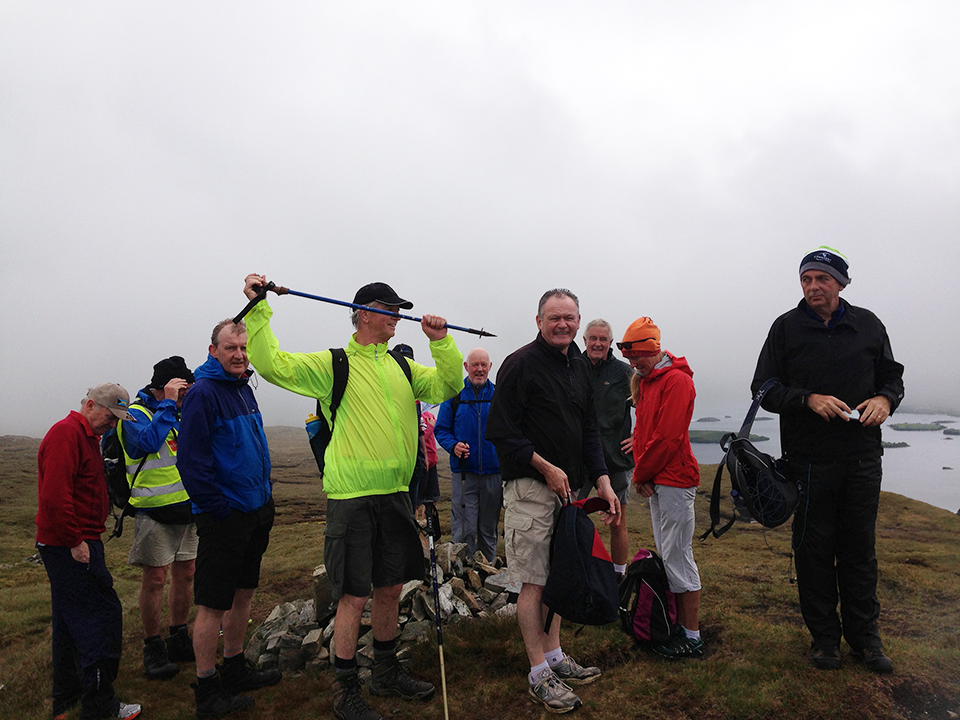 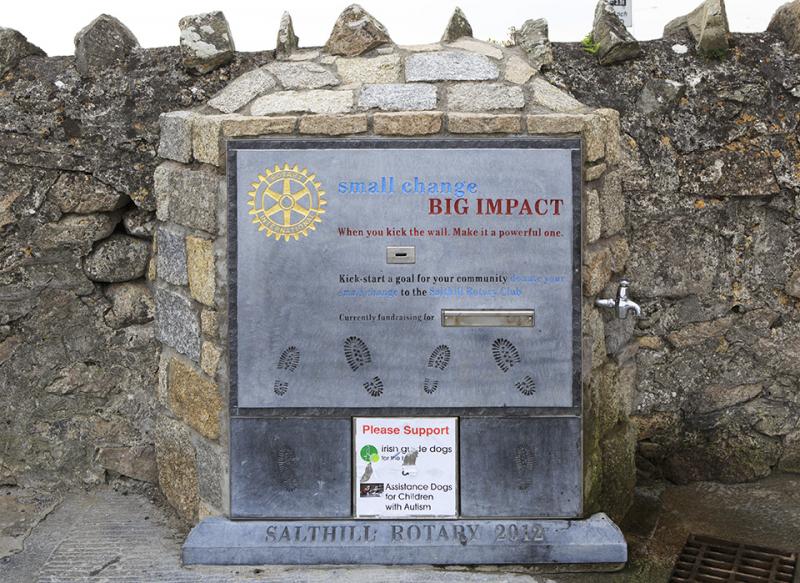 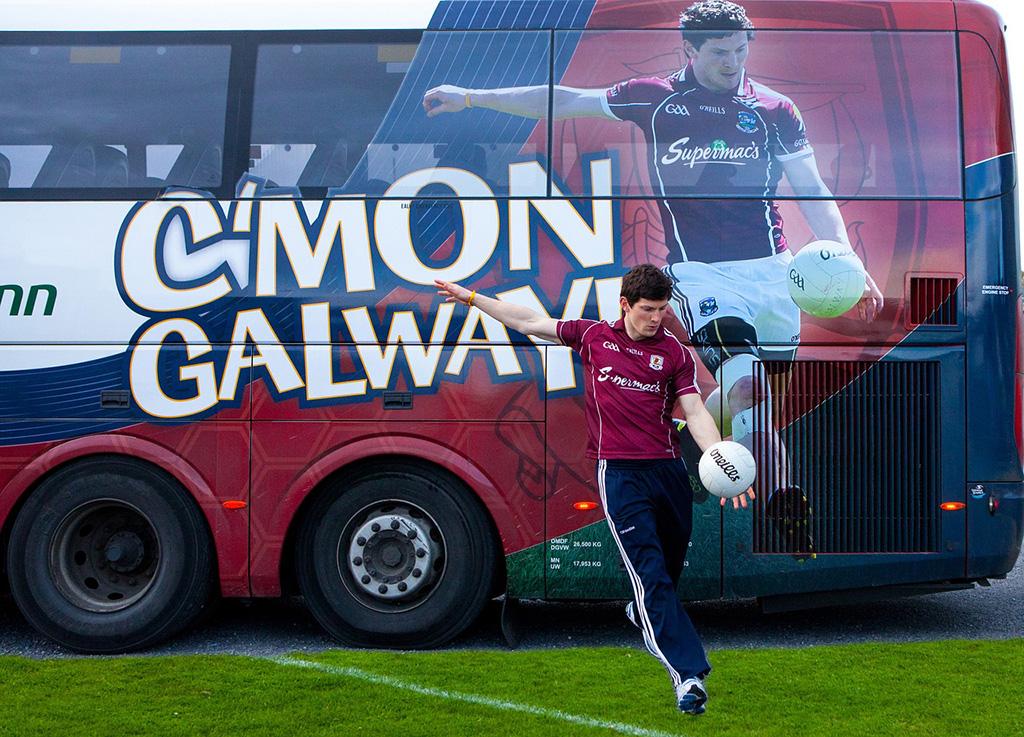 Galway Salthill Rotary Club is a member club of Rotary International, District 1160, Ireland. Rotary is an organisation of business and professional men and women, united worldwide, who provide humanitarian service, encourage high ethical standards in all vocations and help to build goodwill and peace in the world.

The Galway Salthill Rotary Club has launched a fundraising project for local Galway charities.  With the full support of Galway City Council, a permanent limestone collection point has been erected at the famous ‘Kick the Wall’ location at the end of the Promenade at Blackrock.

The collection point incorporates the slogan ‘Small Change, Big Impact’ which will hopefully motivate people to make their traditional kick a ‘powerful one’ through donating their small change to a local charity.  After each month, this will rotate to another chosen charity.  The chosen charity's name will appear on the wall for each monthly period.

The Club has been actively engaged in projects for the benefit of the local community since 1986 and will manage this project and many others.

Our Club Logo reflects the “Galway Hooker”, a symbol of our close ties to the sea, particularly to Claddagh, which is known worldwide for its unique friendship ring. Our club banner reflects the club's hometown pride and connection with the community and Rotary International.

In addition to incorporating the Rotary emblem, our banner has the symbol of the club's seaside resort Salthill.  The Galway hooker is a traditional fishing boat used in Galway Bay off the west coast of Ireland.  The hooker was developed for the strong seas there.  Its sail plan consists of a single mast with a main sail and two foresails. Traditionally, the boat is black and the sails are a dark red-brown.

One of the more colourful traditions among Rotary clubs is the exchange of small club banners which serves as a tangible symbol of our international fellowship. Each club has its own banner which is in some way respective of its heritage.

Rotarians traveling to distant locations often take banners to exchange at make-up meetings as a token of friendship. Many clubs use the decorative banners they have received for attractive displays at club meetings and district events.

Galway, the “City of the Tribes”, is a city rich in heritage, and steeped in history, as well as a vibrant and modern location, reflecting the Ireland of the 21st century. The Tribes of Galway were fourteen merchant families who dominated the political, commercial, and social life of the city of Galway in western Ireland between the mid-13th and late 19th centuries.  Hence we have proudly displayed the 14 family crests near the top of the banner which includes:   Athy, Blake, Bodkin, Browne, D'Arcy, Deane, Font, Ffrench, Joyce, Kirwan, Lynch, Martin, Morris and Skerrett. They were of mixed origins, variously Norman, Hiberno-Norman, Gaelic-Irish, French, Welsh and English, or some combination of the above.

We opted to use a wee bit of the fringe and tassel colours to finish off the Banner with a QR designed code near the bottom with Rotary colours and embeded with the Rotary logo which will direct one to the club's website with a scan of one's smart phone.

Salthill’s best known and popular facility is “The Promenade”, which is popular all year round. It extends over 1 km in length, overlooking Galway Bay. 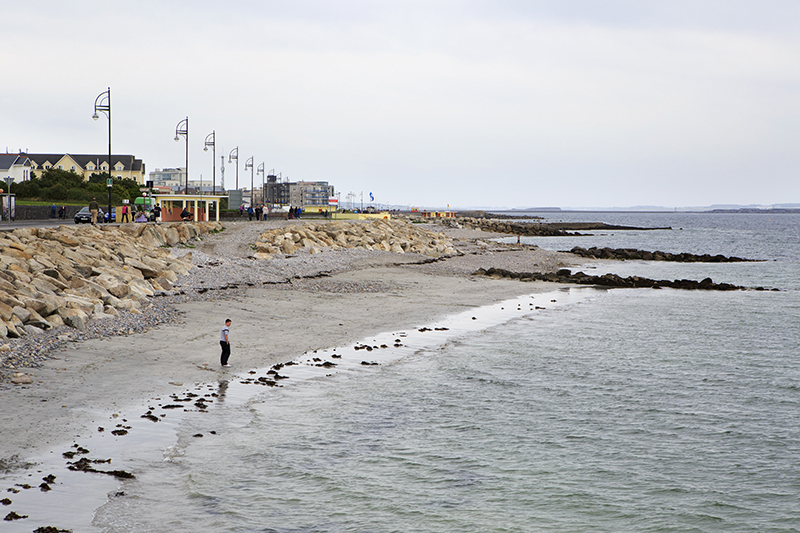 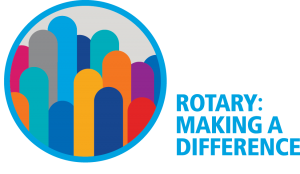 Rotarians & Freemasons working together for TLC