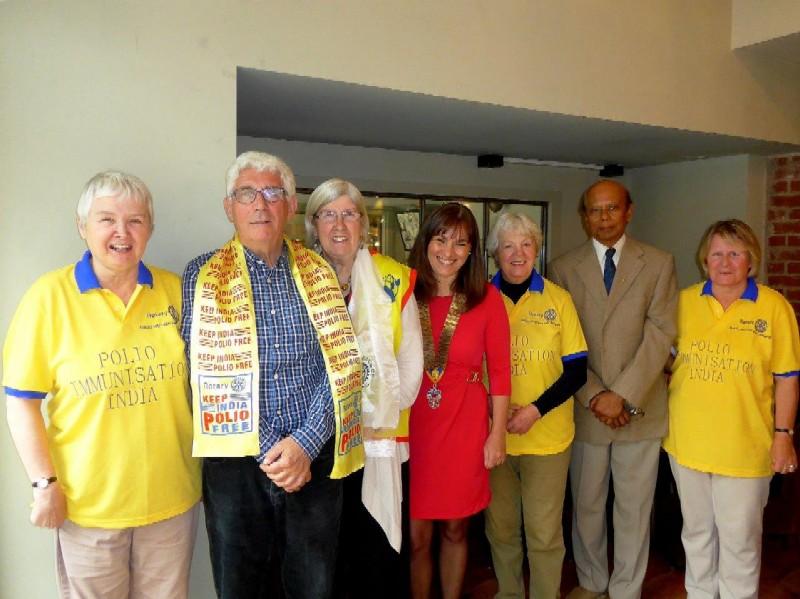 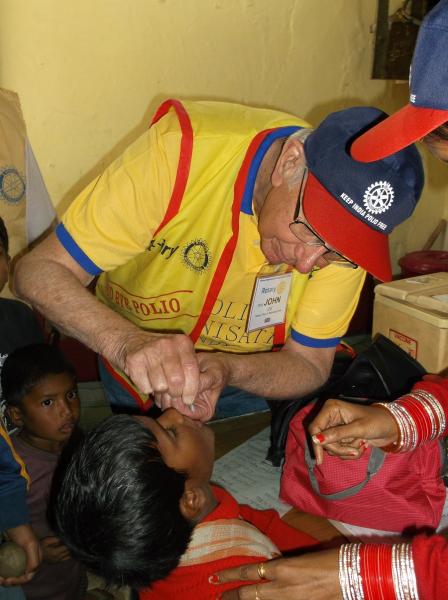 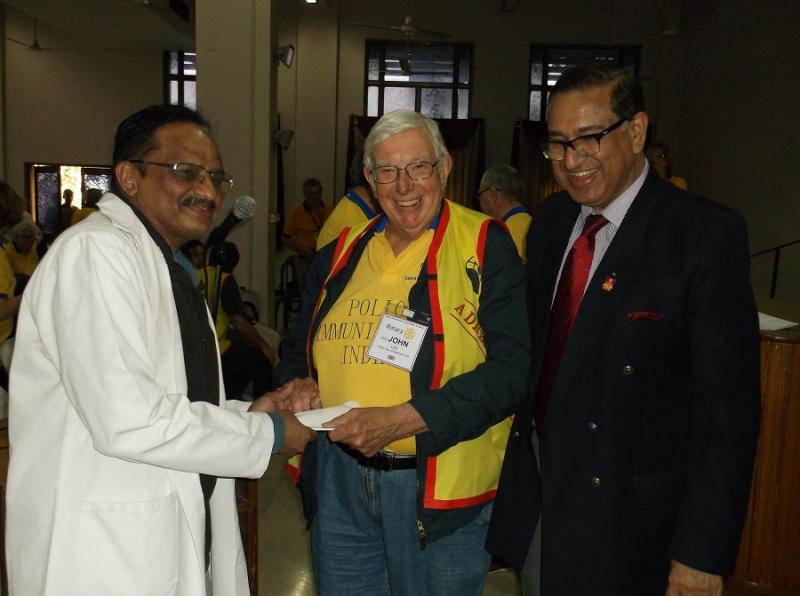 Latest Update
The World Health Organization (WHO) has confirmed that two cases of wild poliovirus type 1 (WPV1) have been detected in Nigeria.
The cases, which were reported in the north-eastern state of Borno, are the first in the country since July 2014.
Although this is a setback in our fight to rid the world of polio, we are confident that Rotarians across Great Britain and Ireland will redouble their efforts and continue to show the incredible levels of dedication, commitment and resilience which have brought us so far over the last three decades.
Eve Conway, Rotary International in Great Britain and Ireland President commented: “This is disappointing news, but Rotarians are determined to keep up the fight against polio and to reach our number one goal of ridding the world of this crippling disease. We shall continue our advocacy work and our efforts to raise awareness and funds to end polio now and forever.
We have just launched the Purple4Polio campaign in Britain and Ireland and urge support of this campaign as we strengthen our efforts to reach a polio free world.”
Nigeria had gone over two years without any cases of wild poliovirus and as eradication nears completion, the poliovirus is expected to fight back. However, WHO remain confident that Nigeria can end polio. The Nigerian government and the polio programme are working quickly to respond to the outbreak using proven tactics that will prevent further spread of the disease.

Michael K. McGovern, International PolioPlus Chair, commented: “This response will include emergency vaccination campaigns to boost immunity in impacted and at-risk areas, and reinforced surveillance activities to ensure we detect all strains of polio. Because polio knows no borders, steps will also be taken to protect surrounding countries, to ensure all children are vaccinated and to reduce the risk of the spread of the disease.”

A report from one of our members regarding his immunisation day in February, in Delhi, India

KEEP INDIA FREE FROM POLIO.
India has achieved polio free status but the task now is to keep it free so that means continuing the mass
Vaccination programmes when millions of children will receive the two precious drops.
In February six of our members went to India to support one of those National Immunisation Days.
Delhi was the main centre but groups went to other towns to support there.
The Immunisation Day was in a Sunday but in one area of Delhi the event was published by a parade through the streets -----------a pipe band led scores of children from the local high school waving flags and banners followed yellow shirted volunteers.
Local people stopped and clapped and cheered; drivers of cars, buses and vans waited patiently until the long parade passed by.
Keep India Polio Free got off to a lively start.
On the Day groups of three volunteers
Were taken to established booths which might be a table in a hallway of a desk in an office, to help local health workers---------- and the children came led by parents, grandparents or siblings to receive two drops of the previous vaccine.
The volunteers helped administer the drops, Mark the little fingers with a purple die and give out modest little presents.
On the following Monday went out into the slum areas to trace children who had not come to a booth.
Up and down narrow alleys knocking on doors, calling up stairs the children were found and given the life saving drops.
Those three days completed our stint but the health workers will carry on until all children have been located and given the Vaccine.
It has taken a lot of hard dedicated work to free India from polio, it will take hard work to keep it that way but there is a determination to see it through.
World wide there have been six new cases this year ---------- five in Pakistan, one in Afghanistan; at the same last year the total was seventy four so we are getting nearer and nearer achieving the complete irradiation from the world. 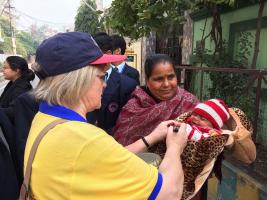 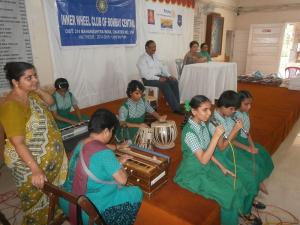 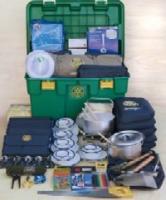 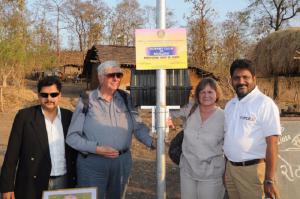 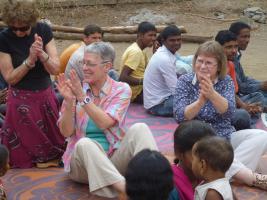 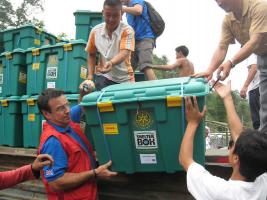