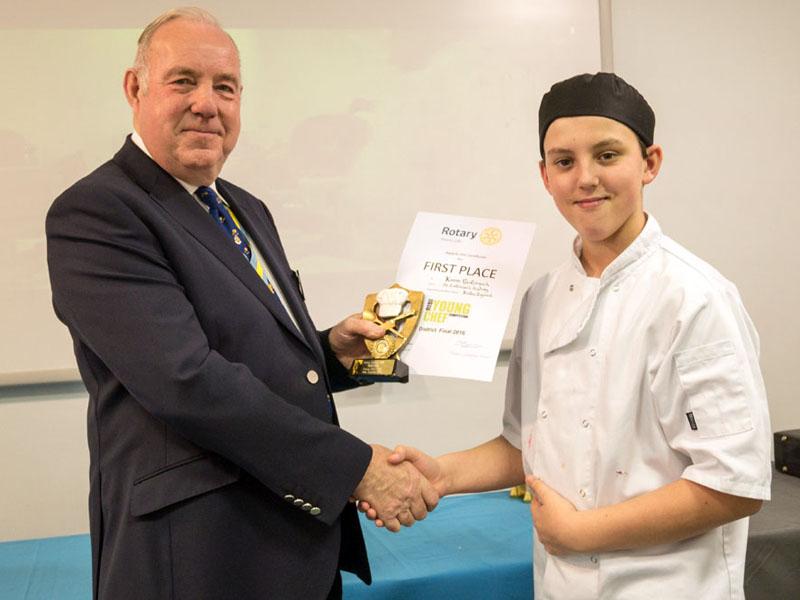 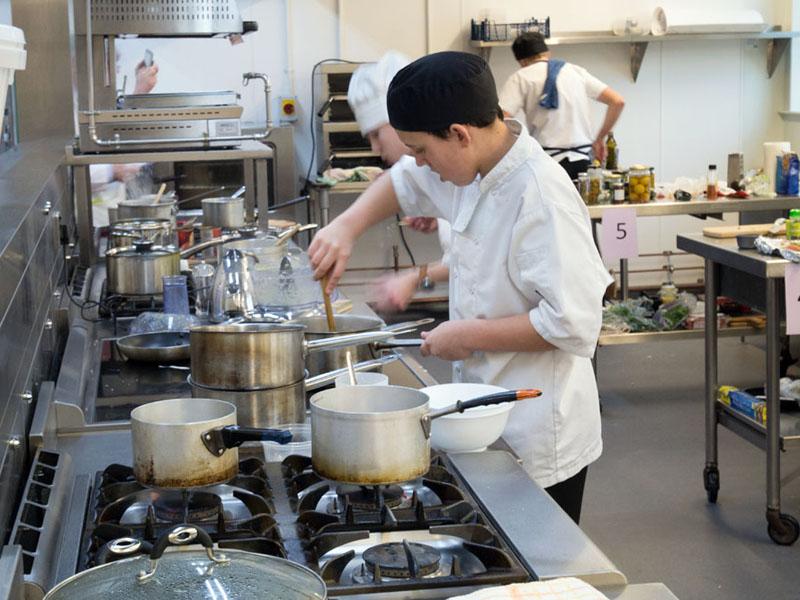 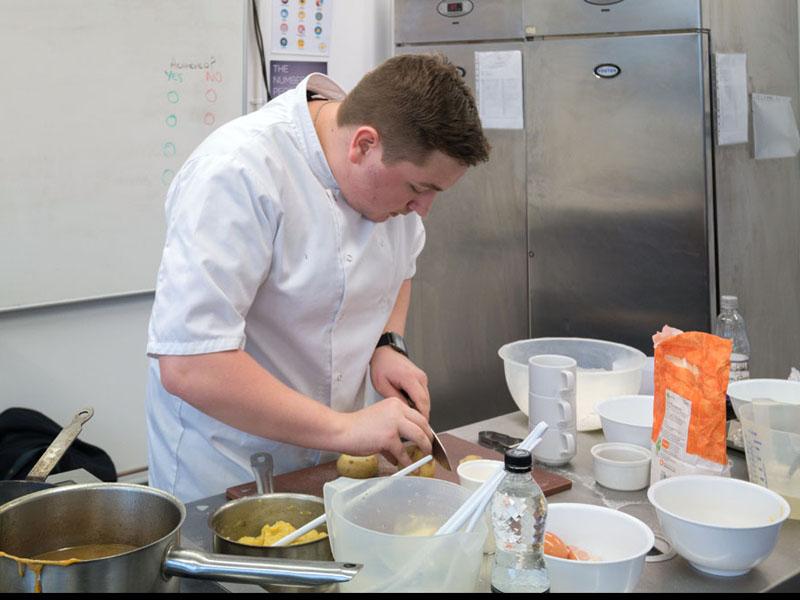 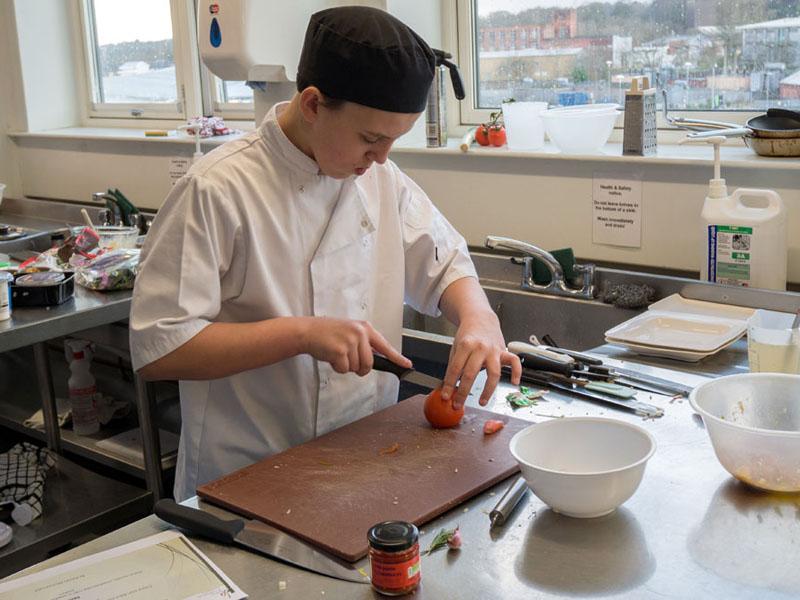 The Young Chef District Final was held on the 30th January 2016 at Hopwood Hall College, Rochdale. There were nine young contestants taking part each of whom were sponsored by a local Rotary Club. Details of the entrants, their Schools  and sponsoring Rotary Club are given below :-

The Judges for this District Final were John Bainbridge , Daryll  Houghton , Jorge Orencio.( all from the Marriott Hotel ) and Trevor Hoyle. We are grateful to all four Judges who give so freely of their time and also to the Marriott Hotel who continue to offer their help and support to this event.

The winners of the event were

In announcing their decisions the Judges remarked on the high standards achieved by all the competitors and offered their sincere congratulations to all entrants. They also gave personal feedback to the three winners  that would help them when they progressed to the Regional Final.

The Certificates and trophies were presented to the competitors by our District Governor Elect Stan Bowes. In making the awards Stan gave thanks to all those who had helped organise the event and gave particular thanks to Hopwood Hall College  for the facilities they had made available.

So  Keiron, Tom and Roukaya  now progress to the Regional Final of the Young Chef competition. This was held on Saturday 5th March 2016 and the venue is Kendal College, Milnthorpe Road, Kendal, Cumbria LA9 5AY. 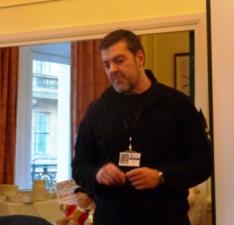 more Rotary Young Chef is a national competition for Rotary. Initially local competitions are the first step to the national finals.