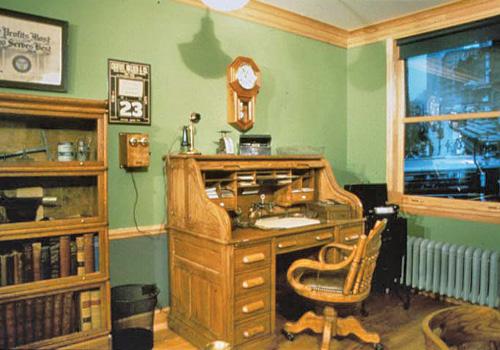 The office, Room 711, is a symbol, protected and maintained at R.I. as the birthplace of Rotary.

Room 711 was an office in the Unity Building on Dearborn Avenue, in Chicago, Illinois, USA.  There, a mining engineer, Gus Loehr, conducted his businesses. As far as history shows, there was never a Rotary meeting in Room 711.

That is, the name Rotary did not come up at the time four men gathered in Loehr’s office on a cold winter night, Thursday, February 23rd 1905. Also Gus Loehr did not remain with the group for very long.

On the night of February 23, 1905, the first meeting took place at Gus’ office in the Unity Building. Silvester and Paul had dined together at an Italian restaurant on Chicago’s near north side.

Gus, by prearrangement, had invited a personal friend, Hiram Shorey, a merchant tailor, a native of the village of Litchfield, in the State of Maine, to whom he had previously introduced Paul Harris.

The meeting was enlivened by the relating of personal experiences, after which Paul Harris unfolded his idea of forming a club where professionals with diverse backgrounds could exchange ideas and form meaningful, lifelong friendships.

Rotary’s name came from the early practice of rotating meetings between the offices of each member.

Though the man whose office this is, did not remain in the organisation, nor did another guest that night, Silvester became the first president of the Chicago club and a steadfast Rotarian. Paul and Silvester were fast friends and became neighbors and friends for life.

The Rotary Club model spread across the US and in 1914 the organisation moved across the Atlantic and the British Association of Rotary Clubs was established. The association was renamed Rotary International in Great Britain & Ireland in 1924.

Today Rotary continues to respond to the needs of an ever changing world, whilst retaining its strong founding principles.

Rotary has since grown internationally to more than 1.2 million members across 200 countries.

The members of the Rotary Club of Southgate, which was chartered in 1925, meet for lunch every Monday at 12.30pm in a private room at the Jolly Farmers, 2 Enfield Road, Middlesex EN2 7QS, which is in Greater London, England.

Before the 1930s Southgate was a sparsley populated area. In 1933 the Piccadilly Line extension to Cockfosters heralded a property boom and the population grew exponentially.

The benefits claimed by most Rotarians for their membership of a Rotary Club are "friendship" and the "opportunity to put something back into society and improve peoples lives". 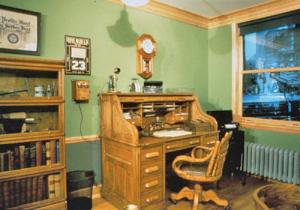 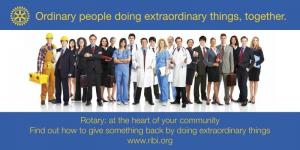 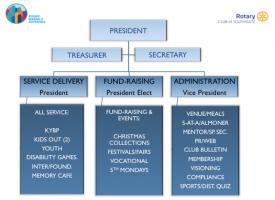 A more detailed look at the Rotary Club of Southgate

SOME COOL THINGS WE DO 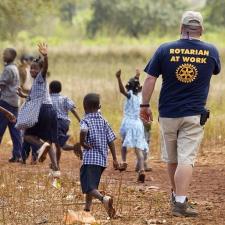 Our other social activities and work we carry out 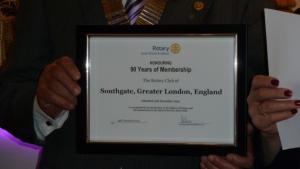 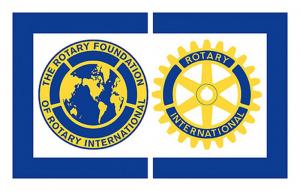 We thought we'd share with you some answers to the TOP 10 myths we bump into out there in the community.