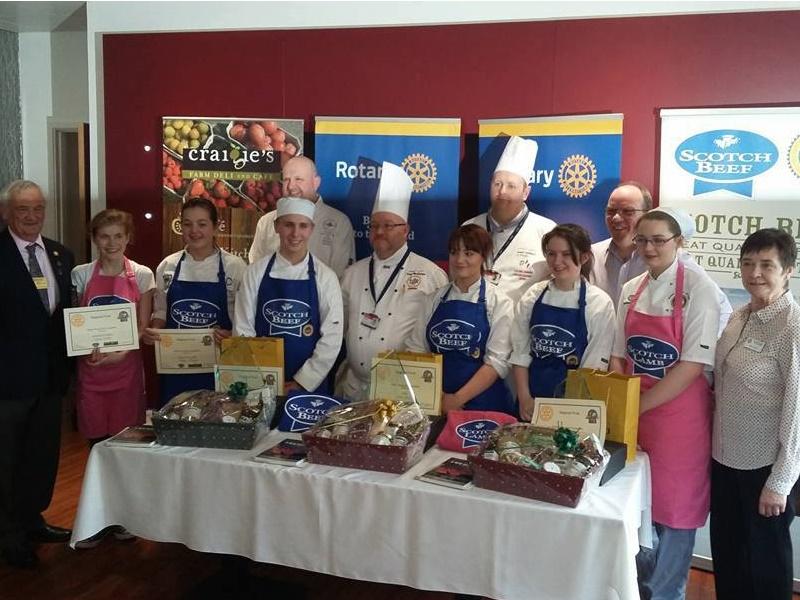 The Rotary Club of Cumbernauld was delighted to be represented at the 2016 Grand Final of the Rotary Young Chef competition on Saturday 23rd April by Emma Grant, from New College Lanarkshire's Cumbernauld campus. We were even more delighted when Emma was announced as the winner of the national competition, which had over 8000 entrants from throughout the UK and Ireland.

Emma's journey to becoming the 2016 Rotary Young Chef champion began when she was awarded first place at the District round on Saturday 6th February, before going on to win the Regional Final on Saturday 5th March at West Lothian College in Livingston.

The regional judges were unanimous in placing Emma in top position. At the District and Regional competitions, Emma's winning menu was Panfried Quail with Butternut Squash Risotto, followed by Hake Fillet, with Bean and Chorizo Stew, White Bean Puree and Spinach Pesto, with Vanilla Poached Pear, Buttermilk Panna Cotta and Granola for dessert.

Congratulations to Emma, and our thanks for representing the Rotary Club of Cumbernauld. 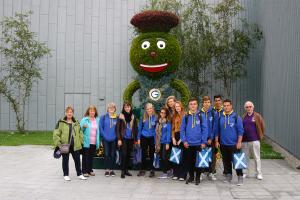 more The Rotary Club of Cumbernauld acted as host on Friday, 22nd July and spent the day in Glasgow visiting the Motor Museum, Hampden Football Stadium and the Buchanan Gallery. They were accompanied by President Elizabeth Robertson and other fellow Rotarians.