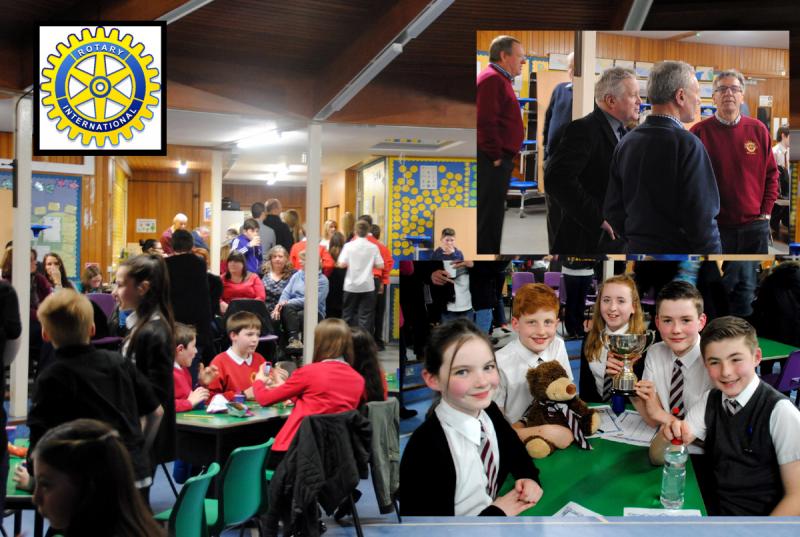 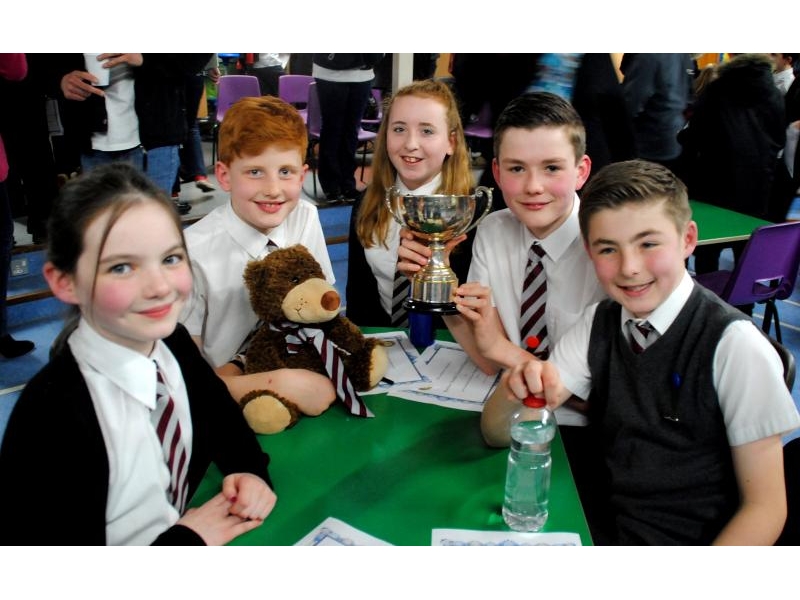 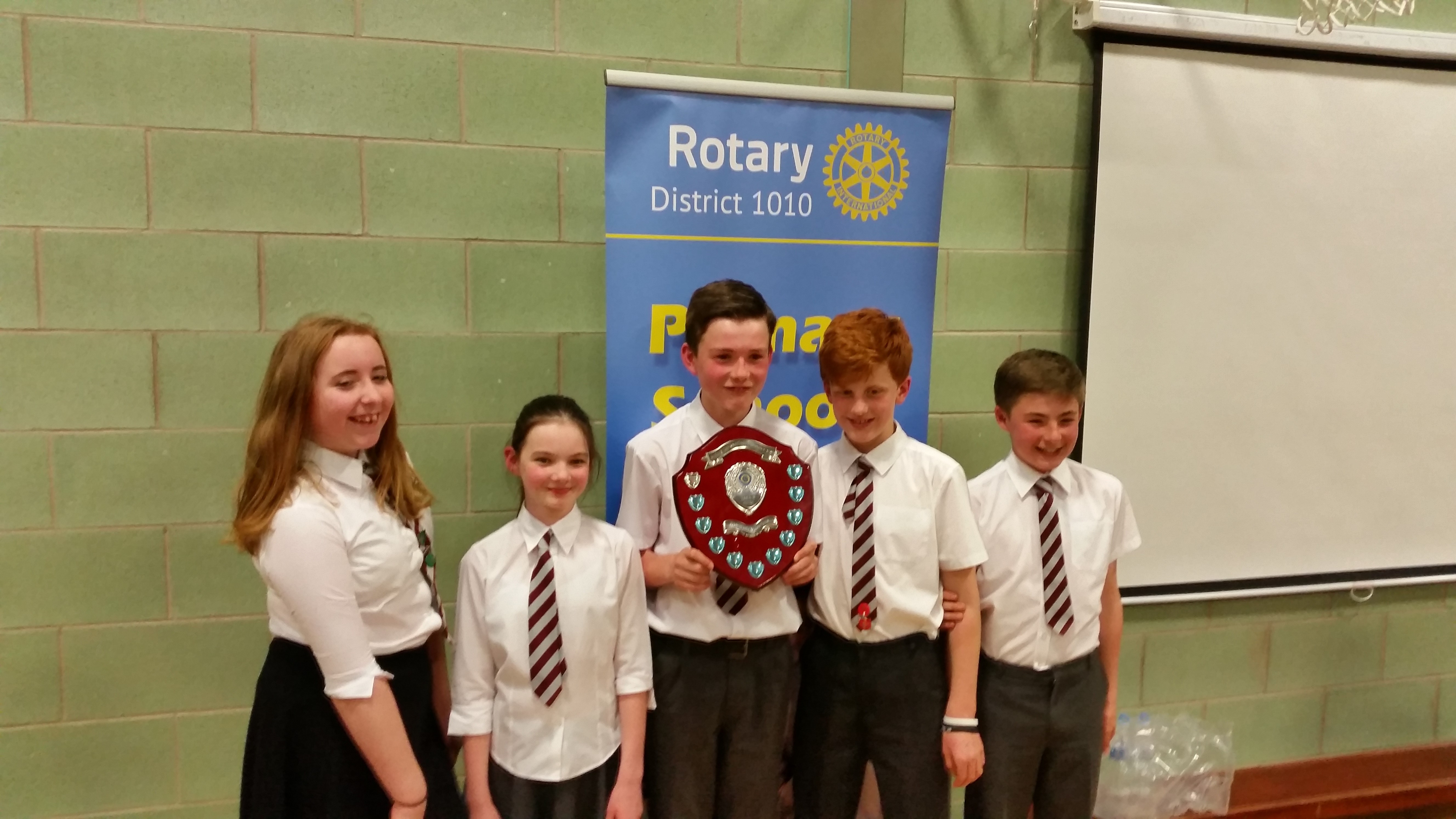 Fiona Spriddle, and Neil attended the Zone Final of the Primary School Quiz at Donibristle Primary School on 3rd May 2016 in support of the team from Crossford Primary School, who won our Club final for the third consecutive year back in March.

After a keenly contested and exciting quiz, after the final round 3 teams were tied at the head of the leaderboard, one of which was Crossford !  A tie break round was then contested between the 3 leading teams, and Crossford emerged from this round with a clear 4 point winning margin. A sudden death question was required to determine the runner up, which was Dalgety Bay Primary School.
Crossford and Dalgety Bay move on to the District Final at the Beach Ballroom in Aberdeen on Saturday 18th June. There was great excitement among the winning team, parents and teachers and it was exciting for us as I think this is the first time a team has emerged from our Club final to the District final.
Neil intends to attend the District Final.
The Rotary Club of West Fife Primary Schools Quiz 2016 involved eight local schools – Camdean, Carnock, Culross, Saline, Cairneyhill, McLean, Torryburn and hosts Crossford. The competition was keenly contested but the Natural World round proved to be the decisive of the ten rounds.  Crossford pulled away from the others in that round and held out to score 110 and win by ten points.  Joint runners up all on 100 points were Cairneyhill, McLean and Torryburn.
The winning Crossford team was made up by Matthew 1, Matthew 2, Jenny , Lewis and reserve Cara and they will progress to the area finals.

more New for this Rotary Year

more Information about the 2021-22 competition

more This has been a very challenging year in schools, however in discussion with some Headteachers and Teachers I have been in awe of how they have risen to the challenges in many ways

more Report to the 2020 AGM by convenor Aileen North 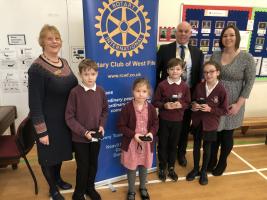 more Club President Brian Mitchell and the club’s Youth Activities convenor Aileen North are shown with School head teacher Mrs Gresty and four of the children at the official presentation. 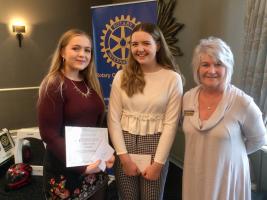 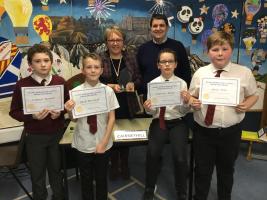 more Seven local schools made it a close contest with Cairneyhill Primary and Community School winning the trophy with a score of 97.

more Report to the 2018 AGM by convenor Aileen North 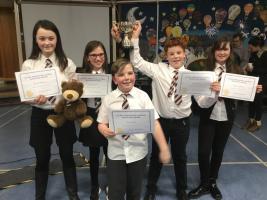 more Summary of activities in current year. We have once again sponsored two classes at the Fife Festival of Music earlier this year. 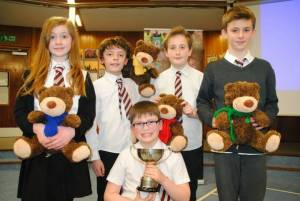 more Crossford cantered into an early lead for the first three rounds but then saw that clawed back for them to be overtaken by the winners Camdean Primary School. 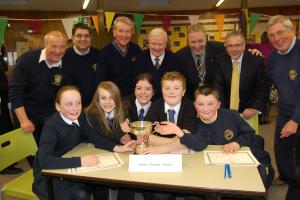 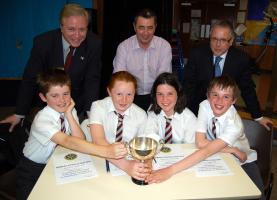 more Crossford won through to the Zone Final 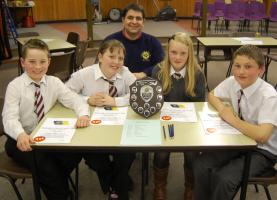 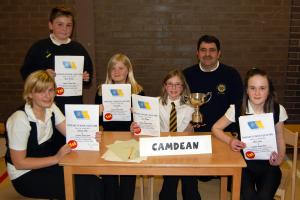 more The winners were Camdean PS 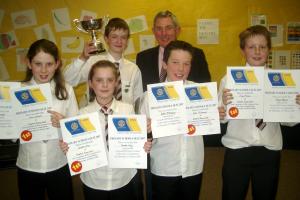 more Held in Crossford Primary School, the event was won by the host team who progressed to the Zone Final in Cupar 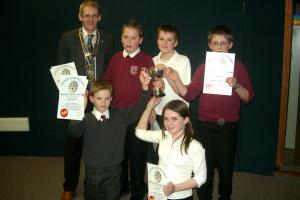 more In a fiercely contested competition Cairneyhill Primary School came from behind to pip the hosts, Crossford to pick up the Bank of Scotland Trophy 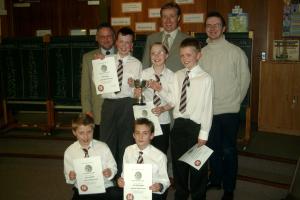 more Crossford trailed Culross by six points at half way but clawed back their deficit to win by three points.