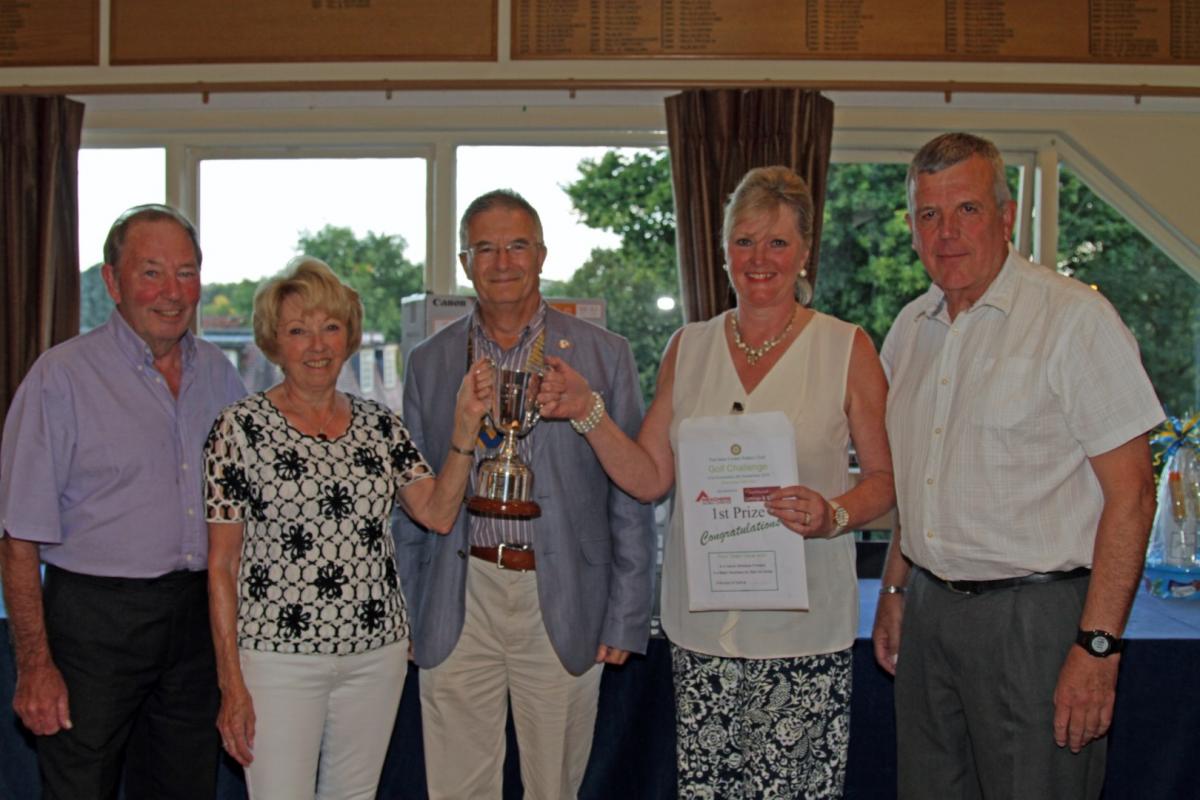 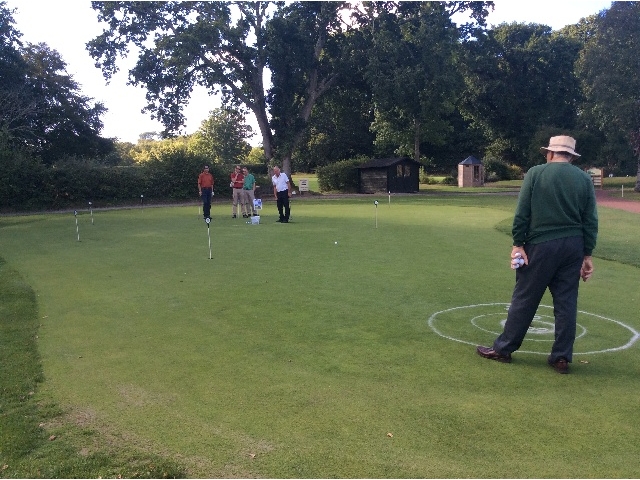 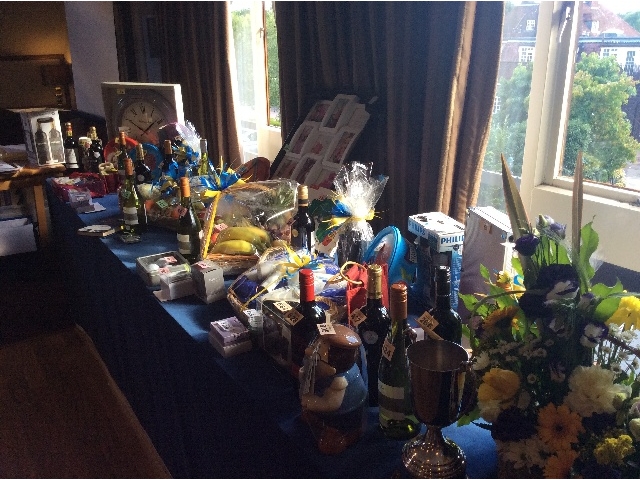 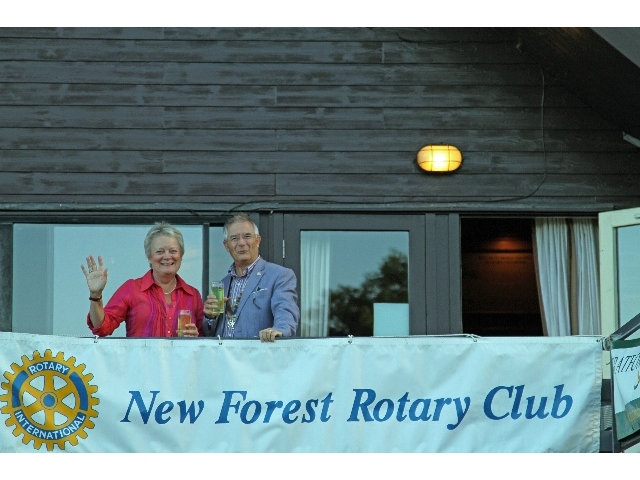 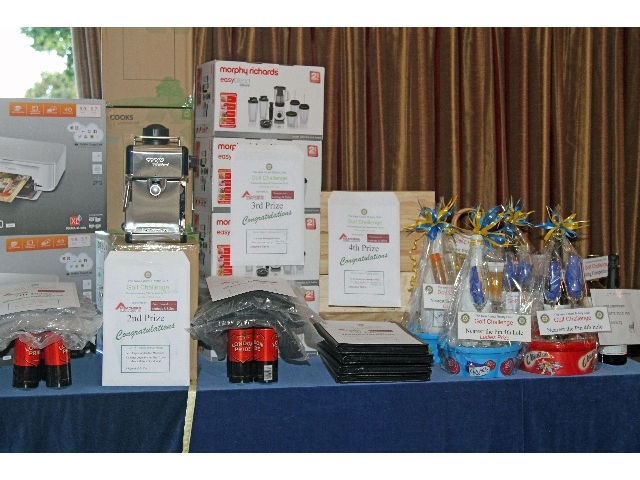 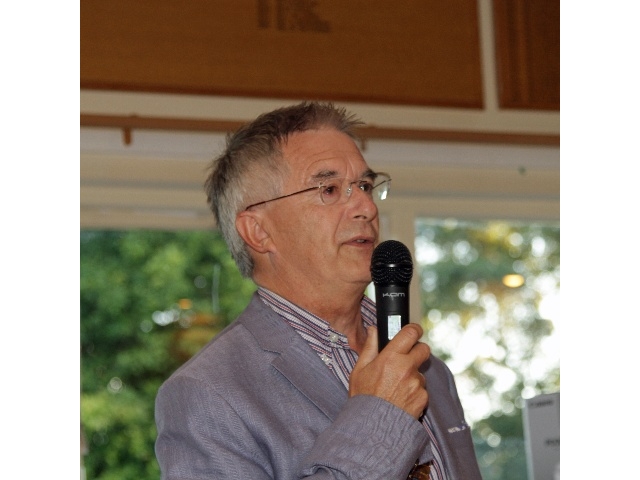 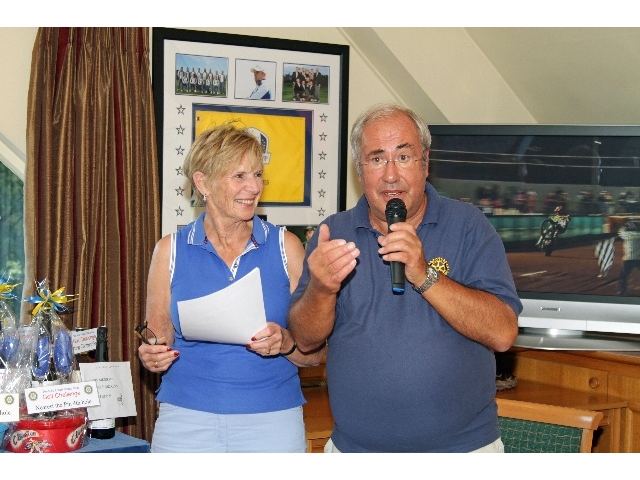 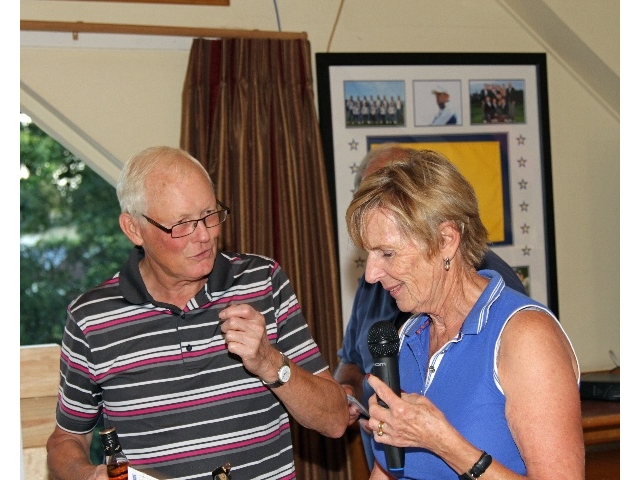 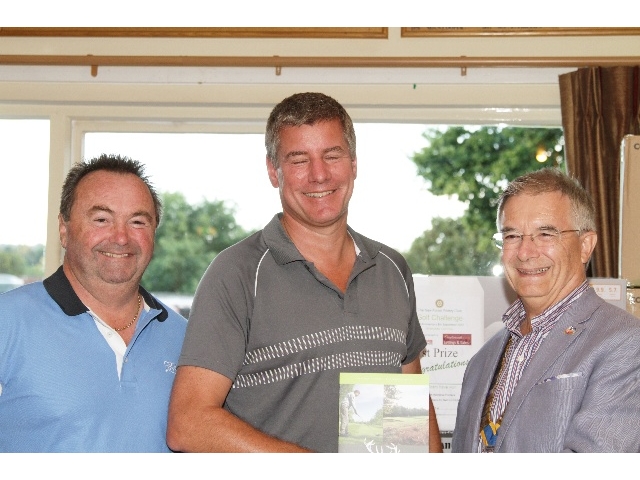 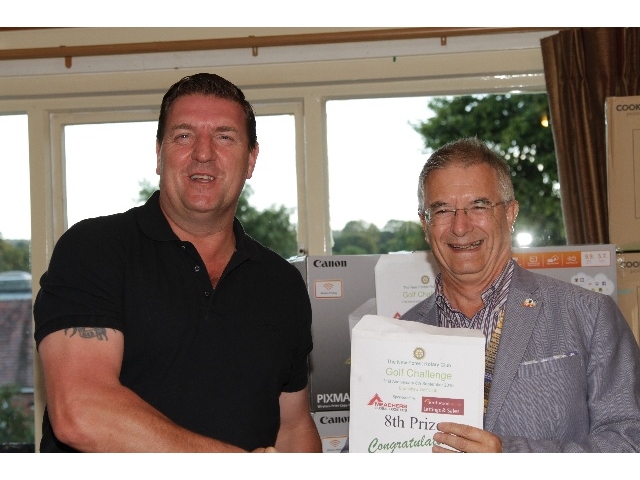 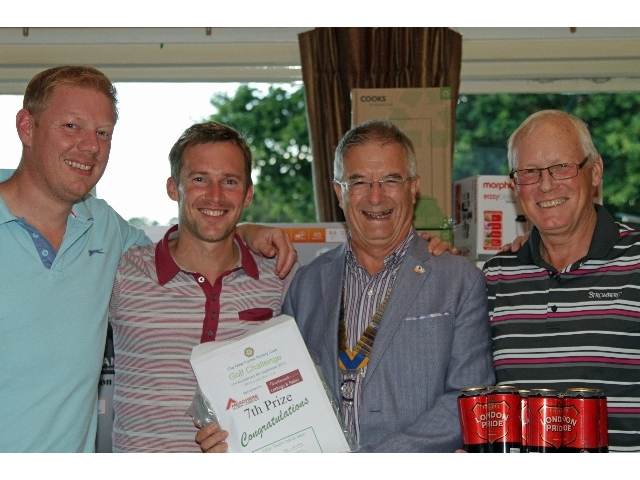 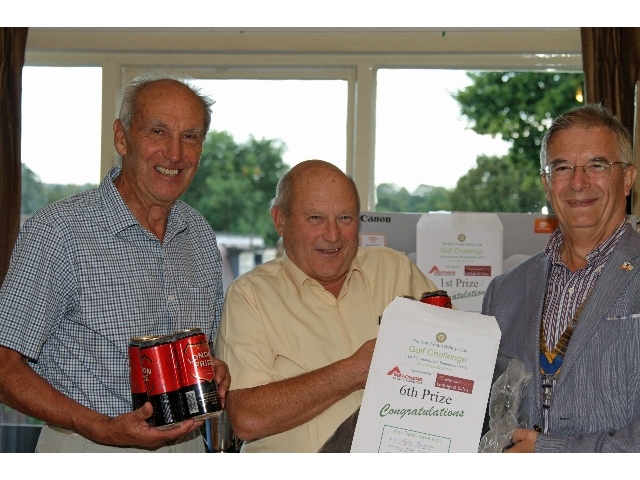 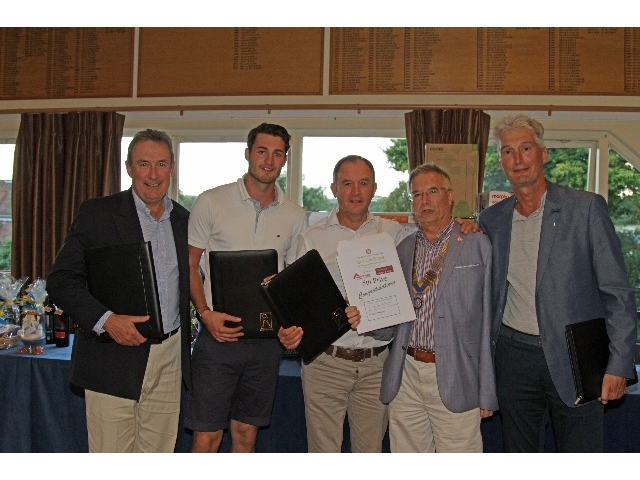 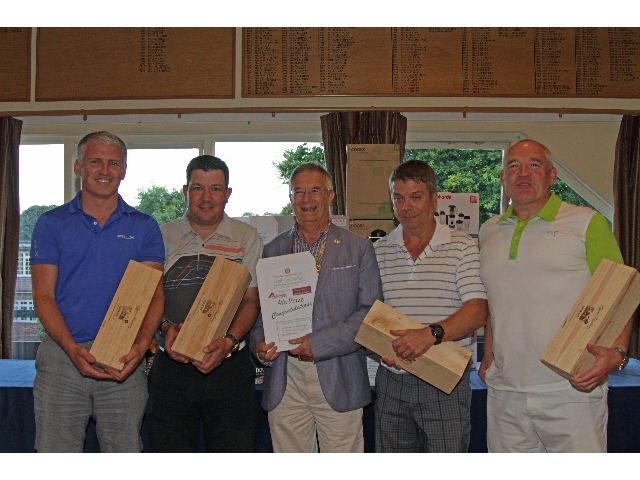 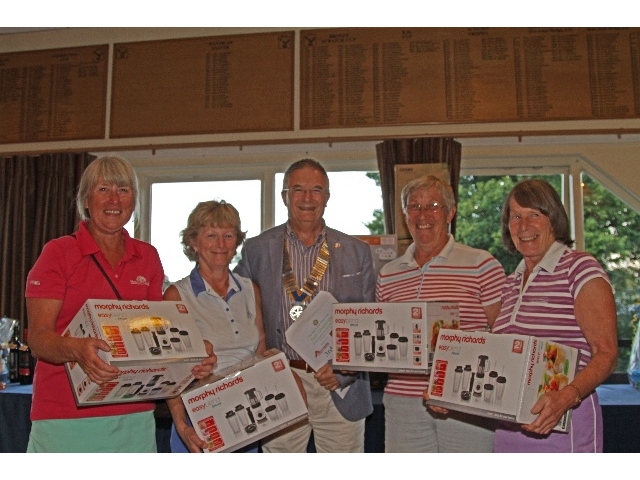 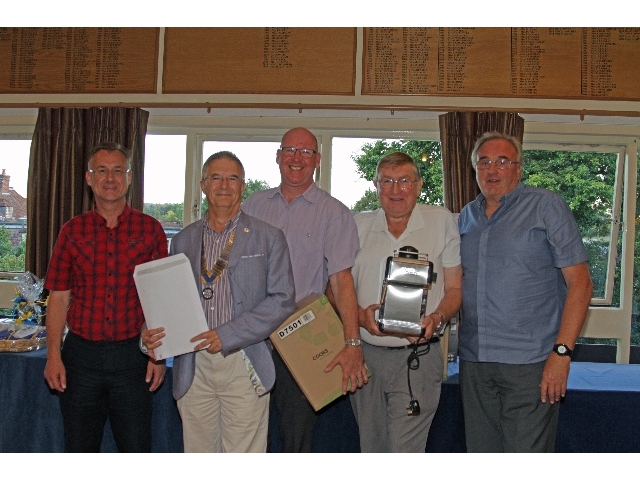 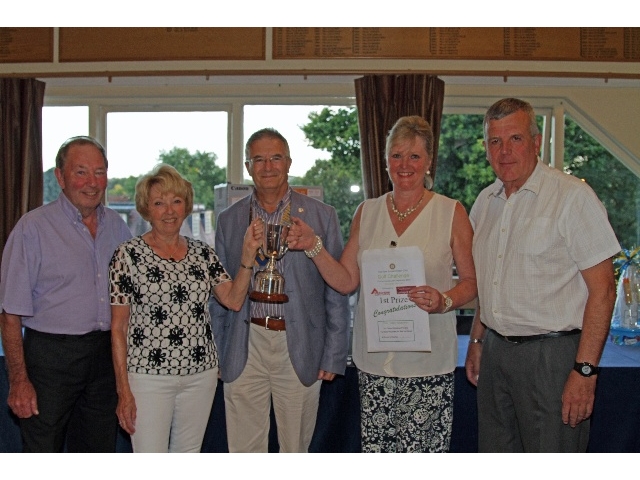 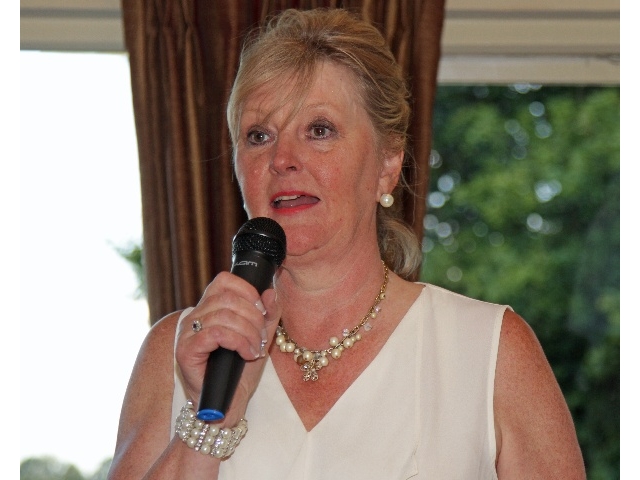 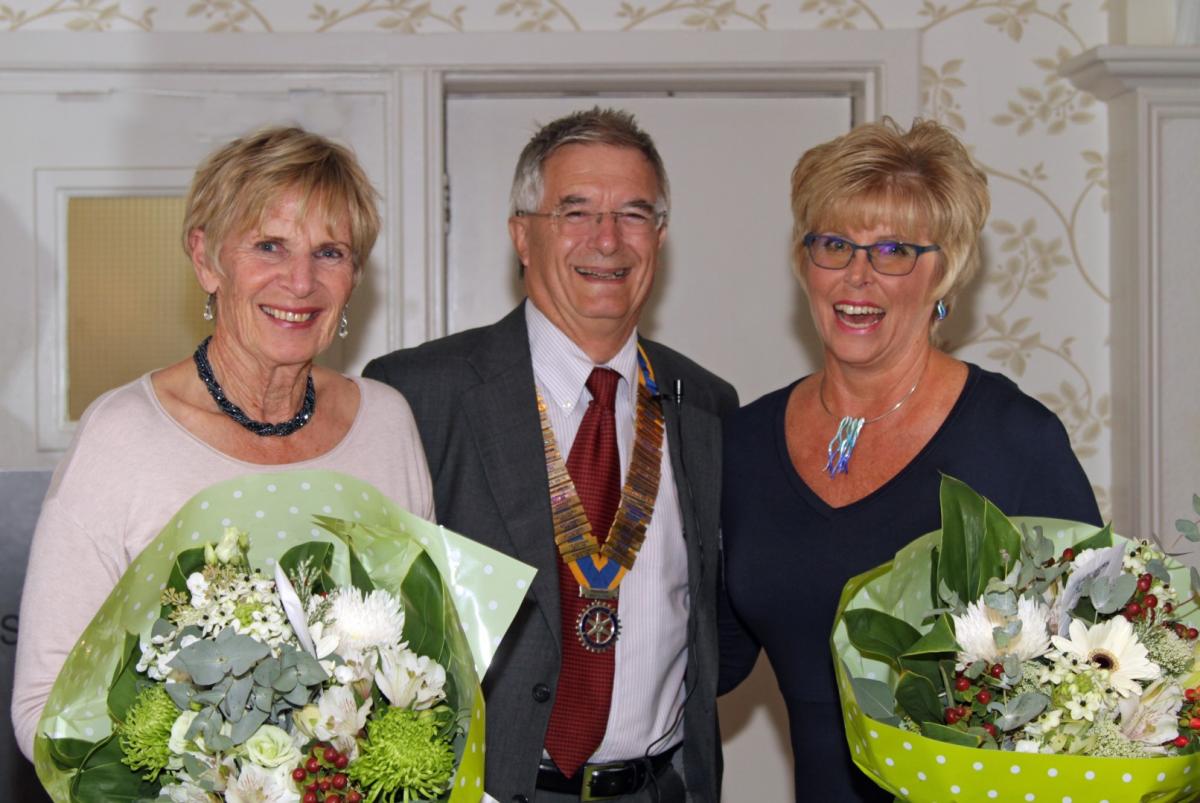 Ken Ball writes "After the huge success of our 30th Anniversary Golf Day it was going to be a real challenge to repeat or exceed it. We have been so fortunate with the weather in recent years and we could not believe that once again we were blessed with glorious sunshine. It was a perfect golf day and 116 players in 29 teams took part. (SEE THE FINAL RESULT AT THE FOOT OF THIS REPORT)

I cannot stress enough the value of members and sponsors contributions, in particular Bramshaw Golf Club for the concessionary use of the course. To Meachers Logistics for sponsoring yet another year, and to Nigel’s son Stuart owner of Northwoods Southampton for his generosity both in sponsorship and also donating his lovely holiday home in the Cotswold Lakes as an auction prize. I am humbled by the support we receive from family and friends to help in our fundraising activities.

Thanks to the support of members and sponsors we were able to put on a great day which received numerous compliments from the competitors. The scoring was very close and the top 9 teams were within 5 shots of the winner. It was great to see so many familiar faces who continue to support us, and to welcome new ones who very willingly help in our fundraising.

It was particularly poignant that in her Winners speech Lynne spoke of her autistic son who loved using the excellent facilities of Sailability at Ringwood Lakes, and fully supported President Philip’s efforts with the same organisation at Testwood Lakes.

On the day we would like to thank our President Philip for announcing the teams on the opening tee, despite suffering from a very painful looking eye. It was a great opportunity for him to meet the players and mention his chosen charities.

Others made a great contribution, including Sam who supervised the refreshments on the course. Eddie & Penny ran a very successful competition on the 13th hole, also Fred Helyer and John Kernan who ran the very popular putting competition. John Robinson assisted Ann on Reception and sold the raffle tickets, Ray Dawes took photos of the prize giving, and Clive Rutland and Malcolm Woolley helped with various tasks early in the day.

We would like to give a huge thank you to our wives. To Ann Calvert, who dealt with the registration desk and complex task of marking player’s score cards. To Barbara Clayton for all the administration before the event, and to Sally for the display of prizes, and the Pimm’s in the tent kindly erected by Jim Knight.

Thank you to all players, the members who contributed prizes, and to the sponsors who helped make the day a success.

Thank you to Peter Clayton, who liaises with Sponsors and Team entrants.

Lastly a thank you to Nigel who works tirelessly in obtaining concessionary golf vouchers for the winning teams, organizing the catering and making sure nothing is overlooked on the day.

After a 14 hour day we all went home tired but delighted that the day had gone very well and every expectation that we would at least match the previous year’s total of nearly £6,000".

At the Familyand Friends Evening on 3 October Ken announced the final figures achieved for charity (as above).  President Philip was pleased to highlight the work by the Rotarians involved, particularly Ken Ball, Nigel Calvert and honorary member Peter Clayton and his wife Barbara. He also especially mentioned the splendid work by Anne Calvert and by Sally Ball both before and notably on the day and he presented them with flowers on behalf of the Club (pictured)