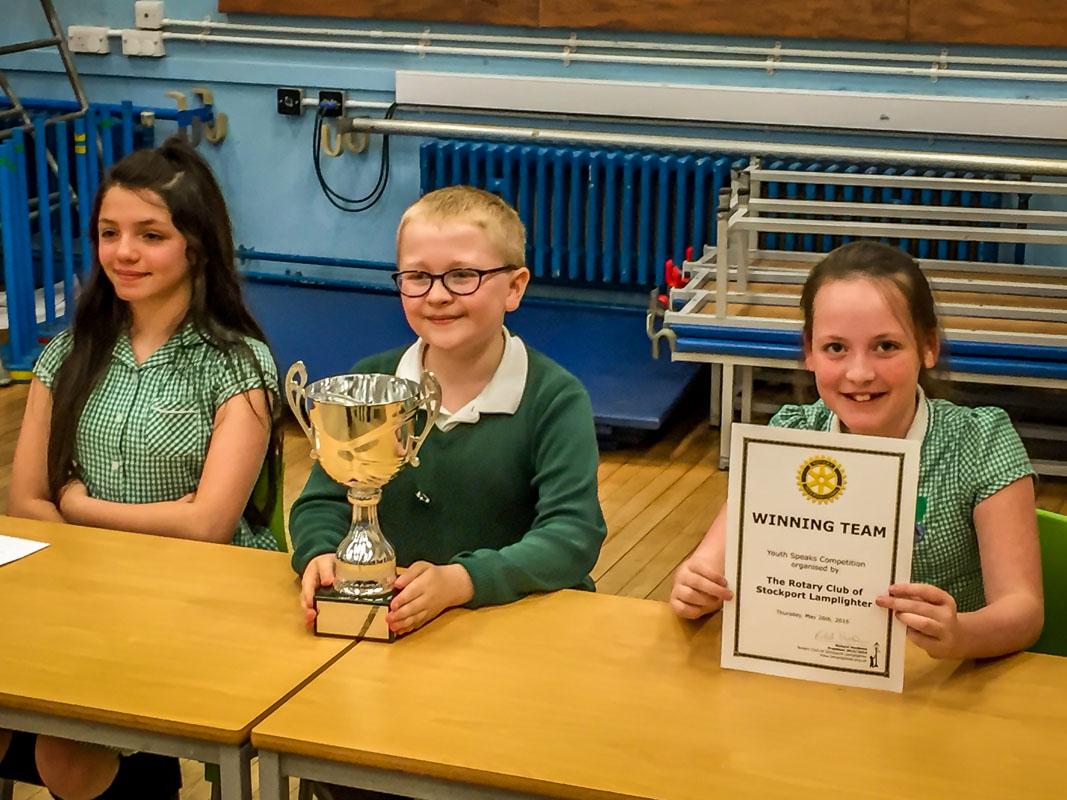 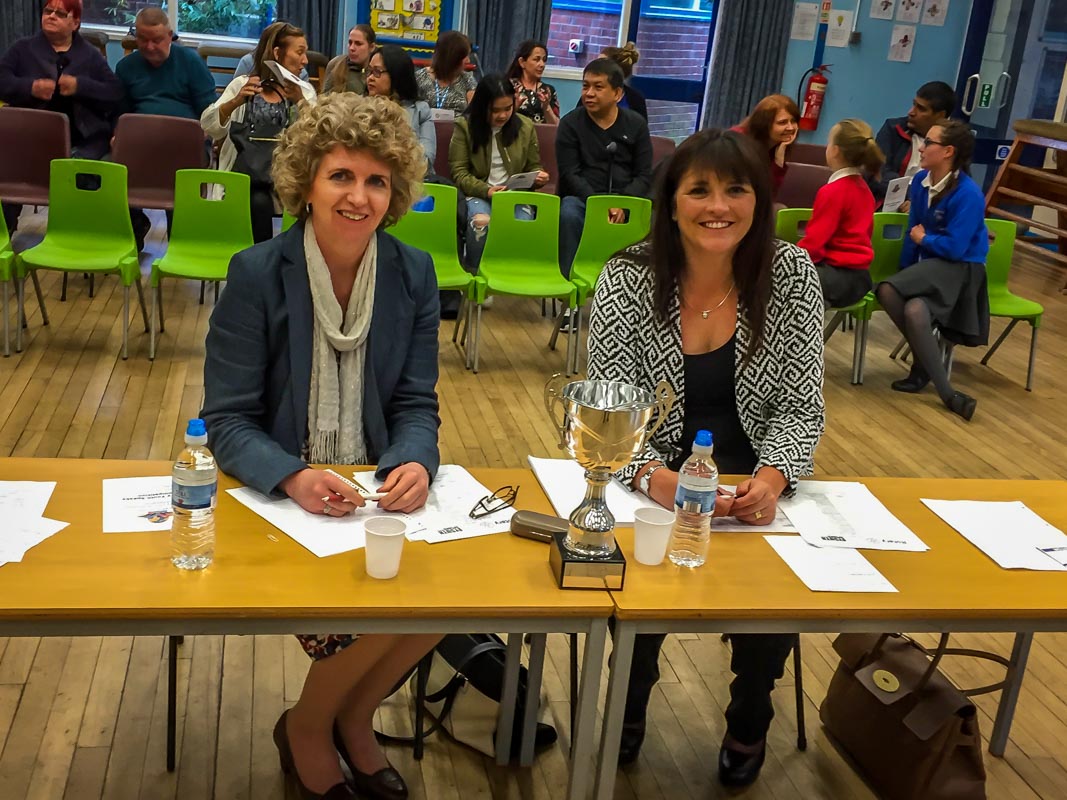 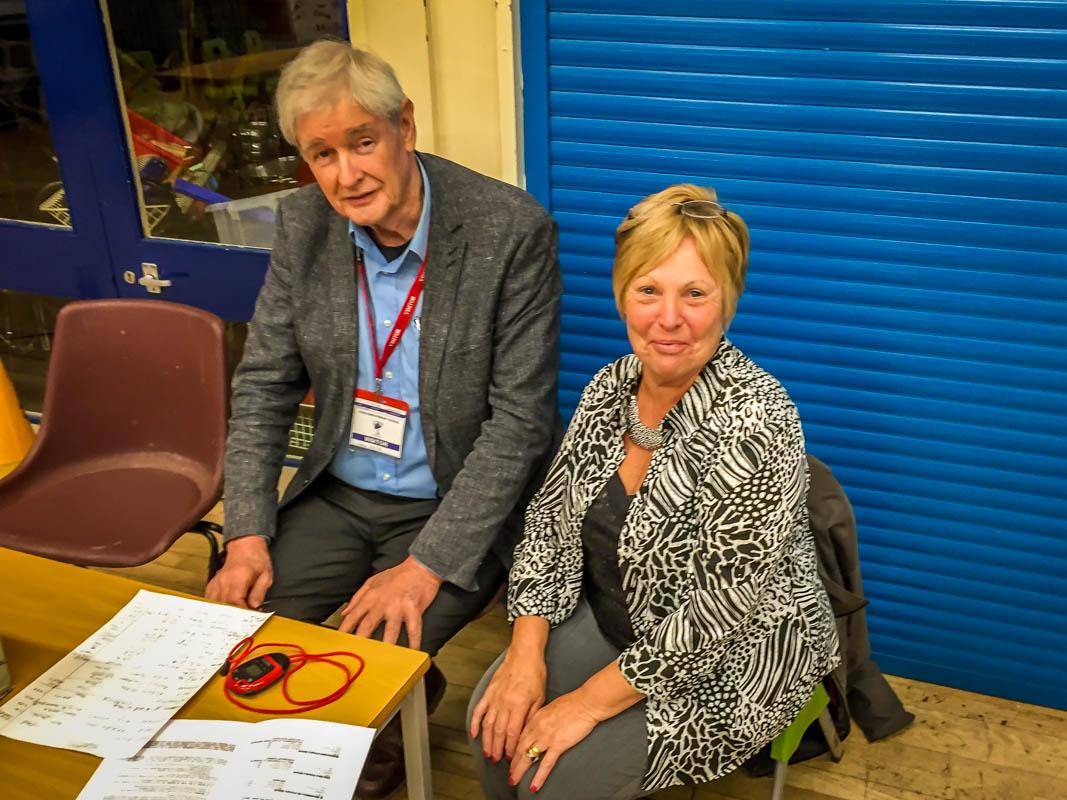 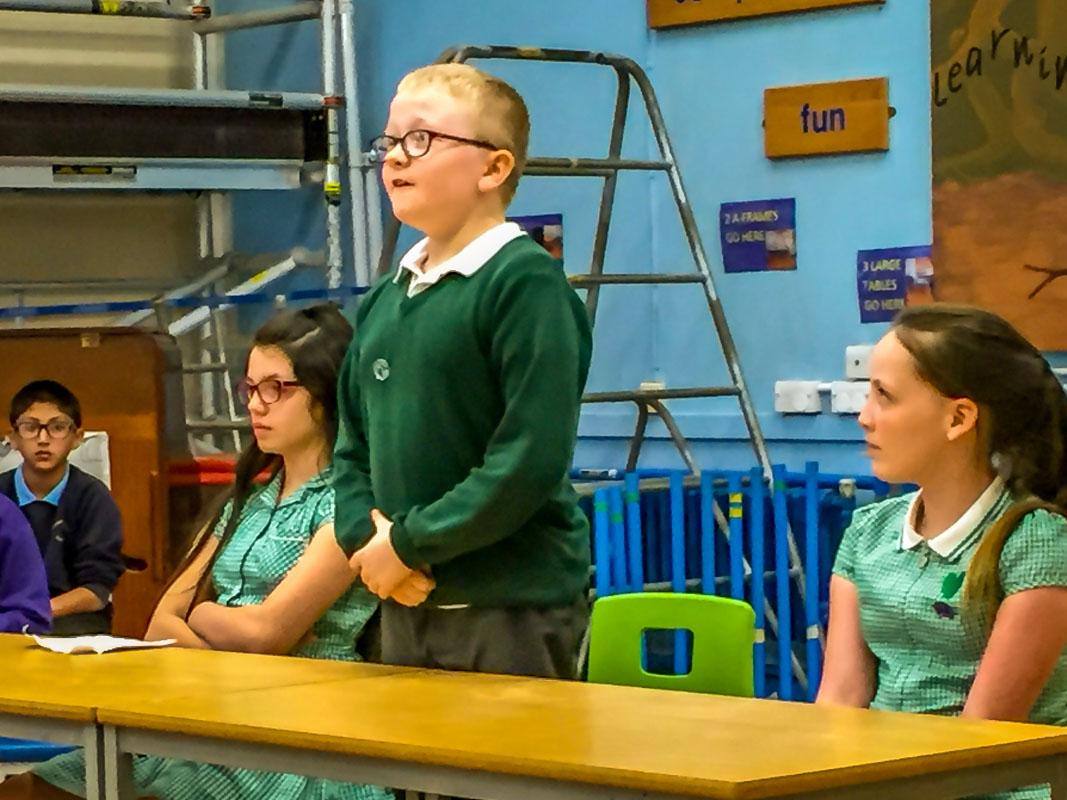 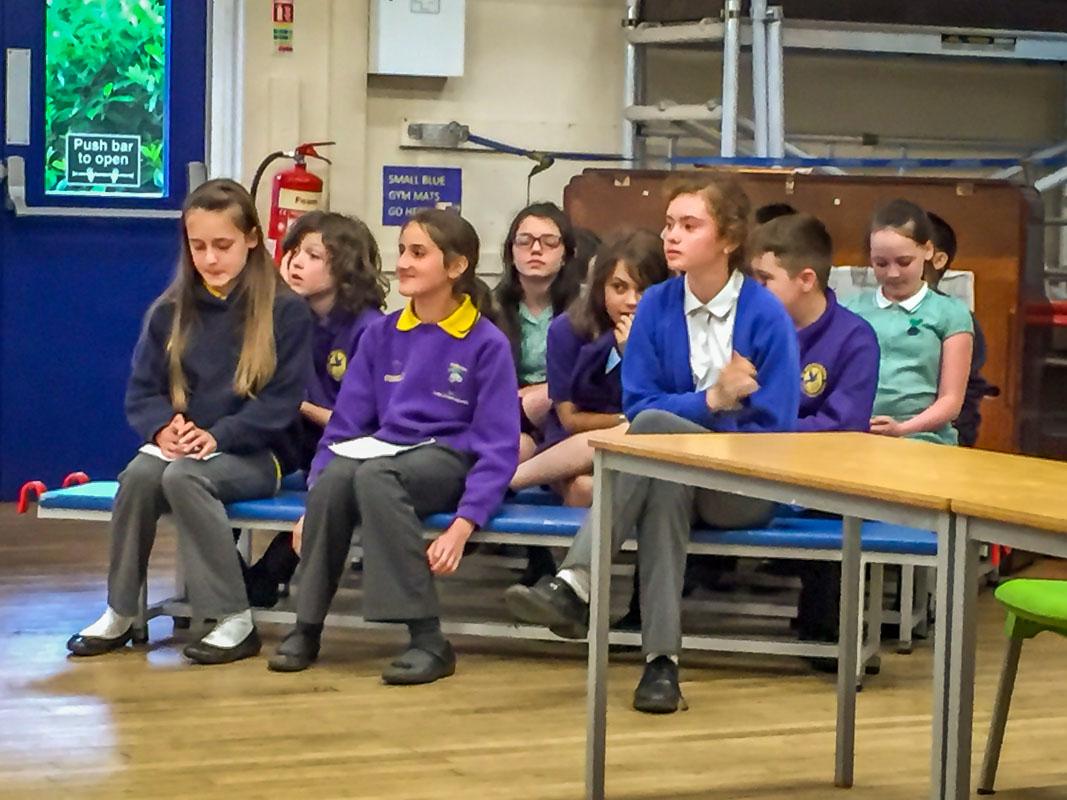 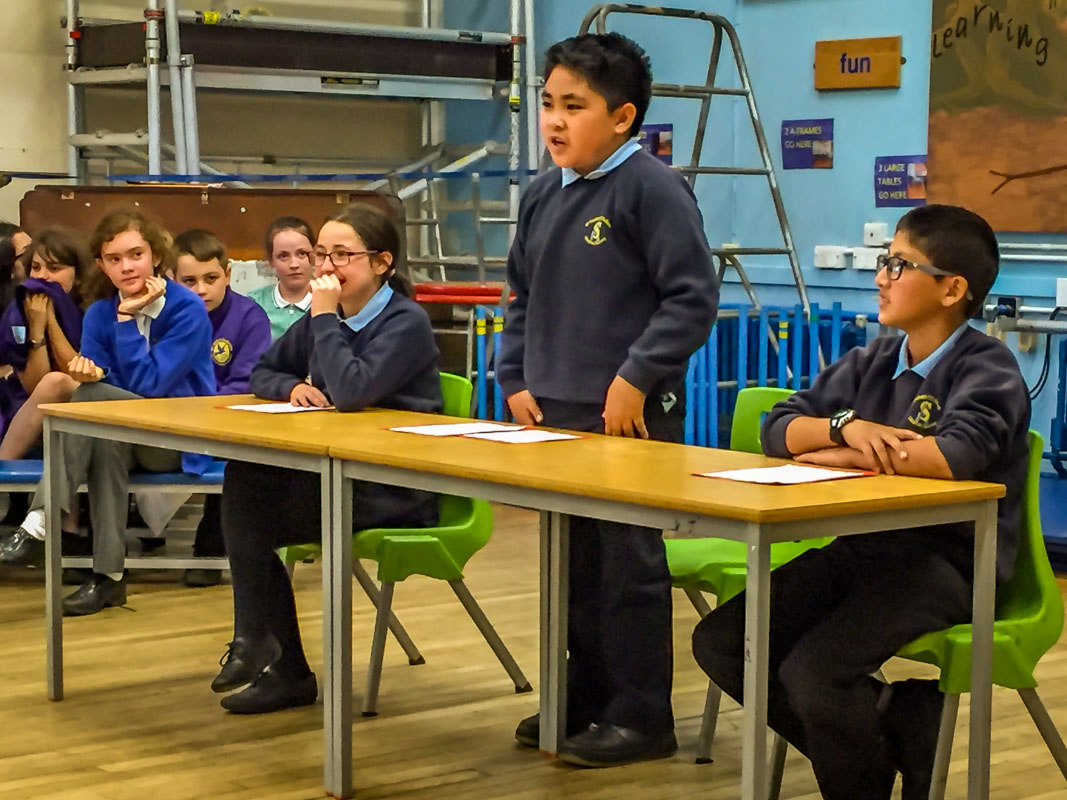 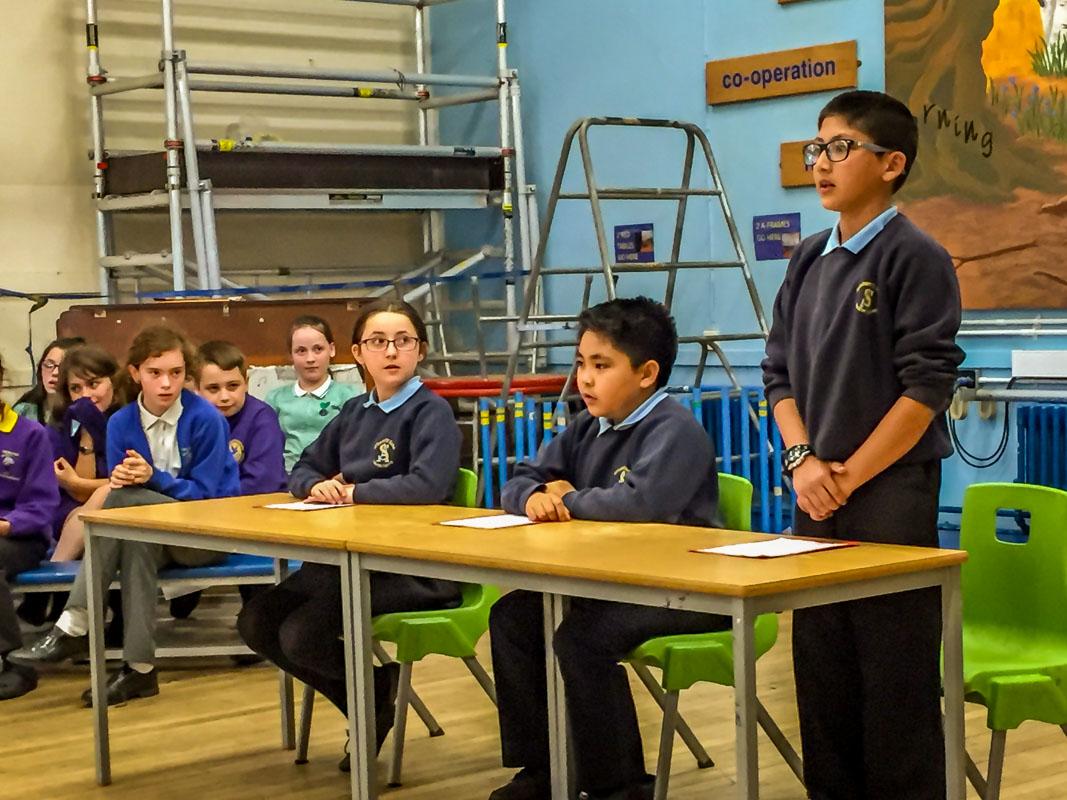 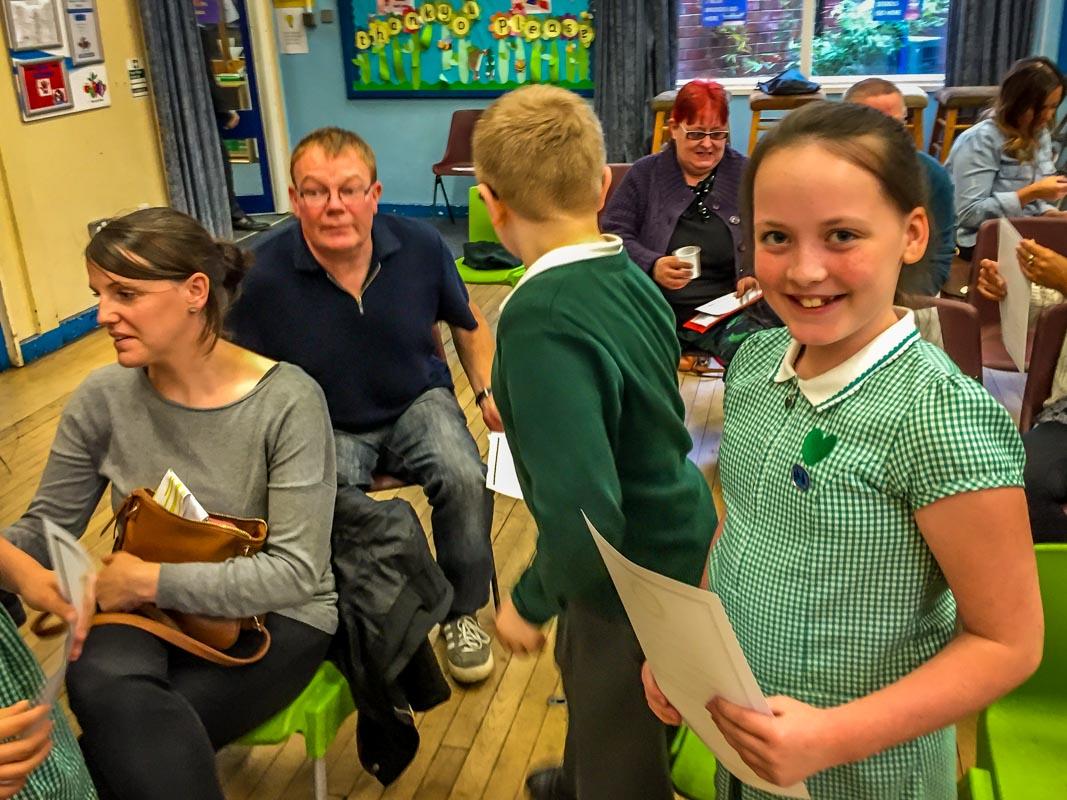 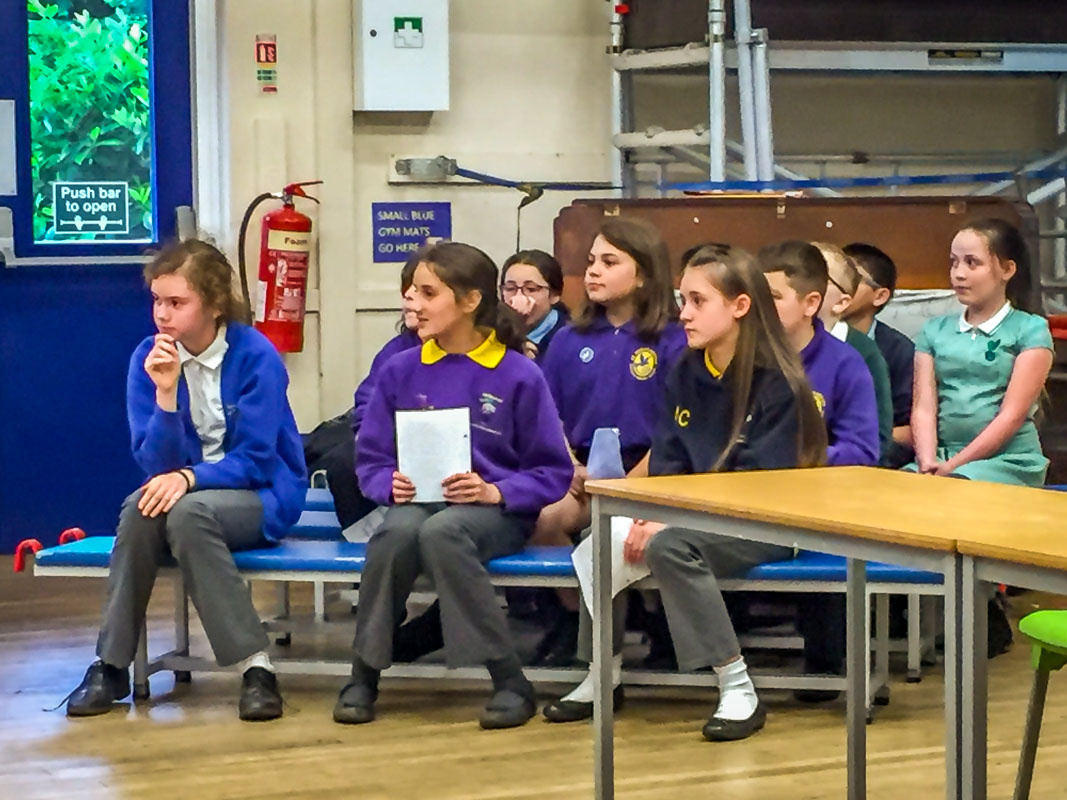 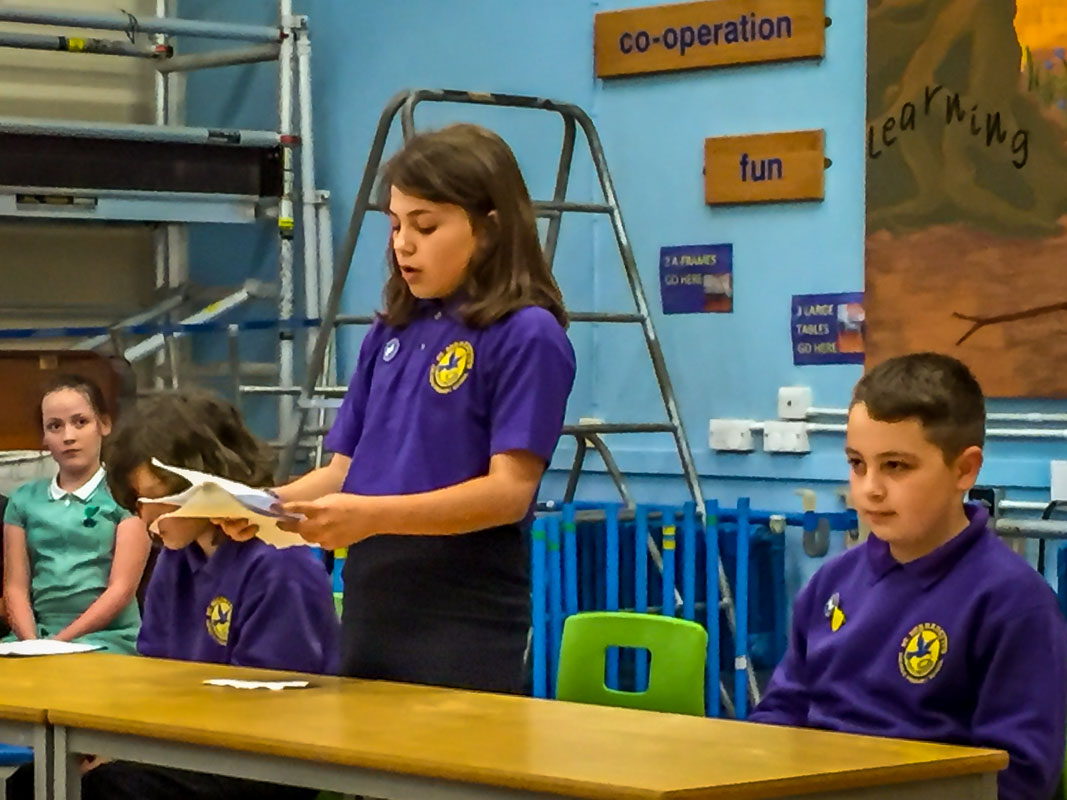 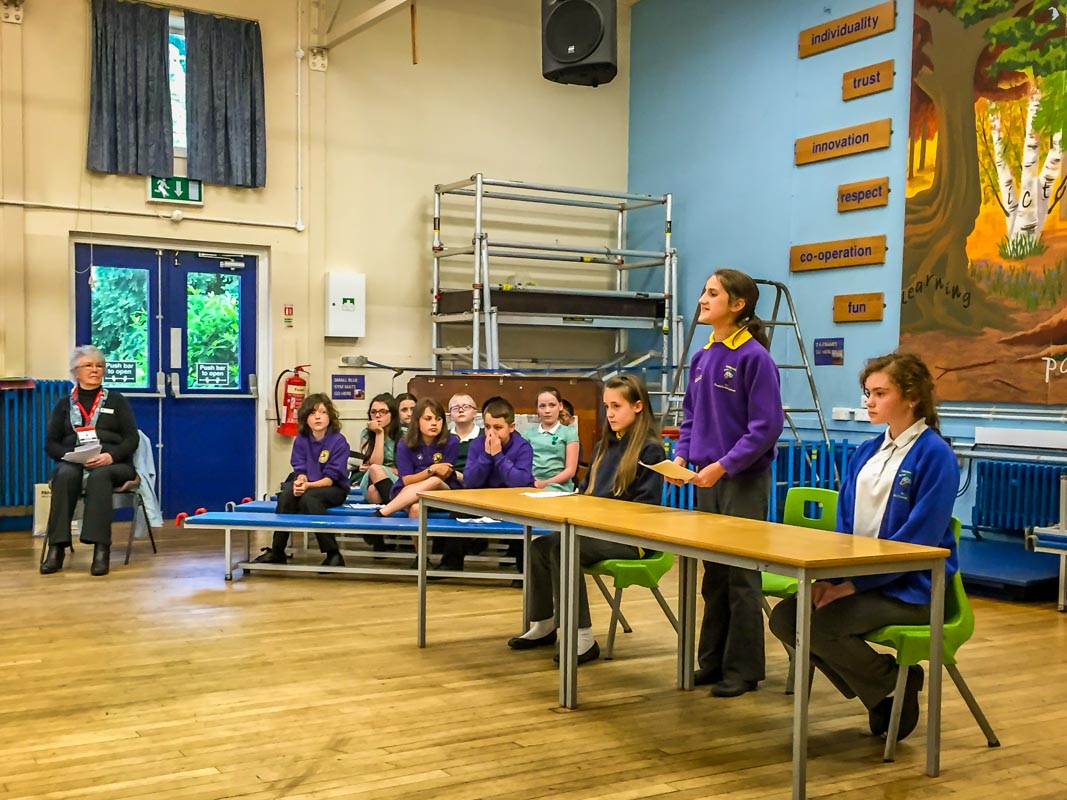 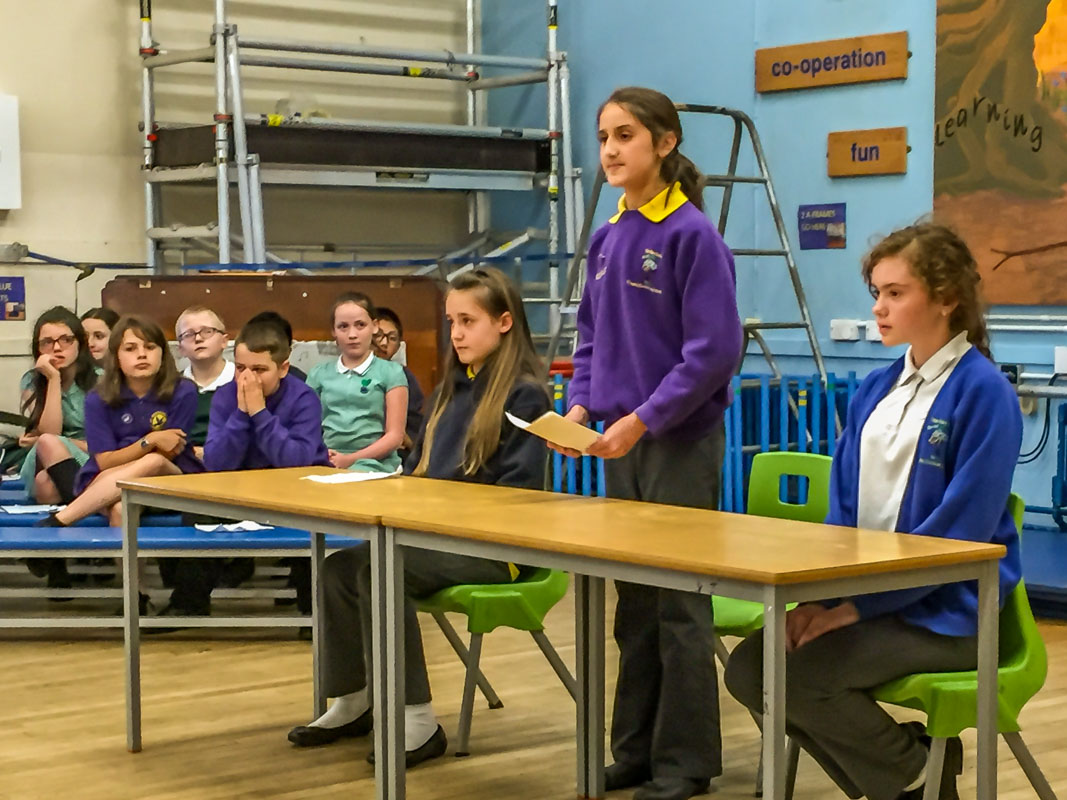 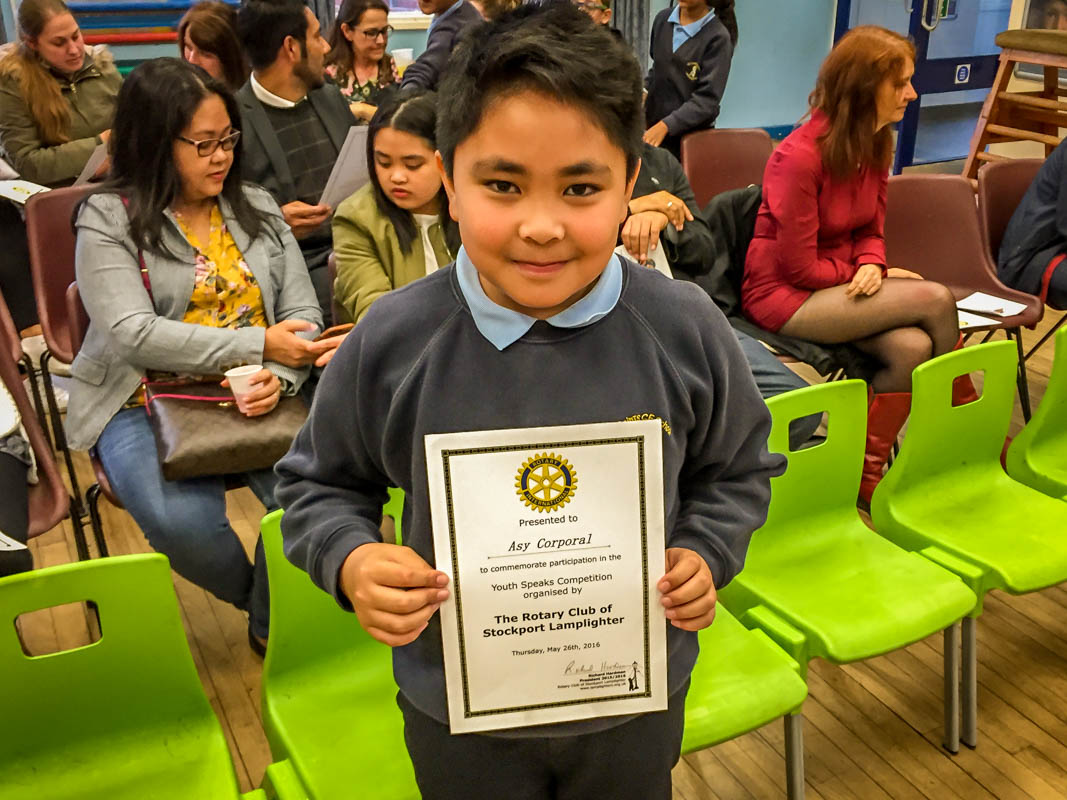 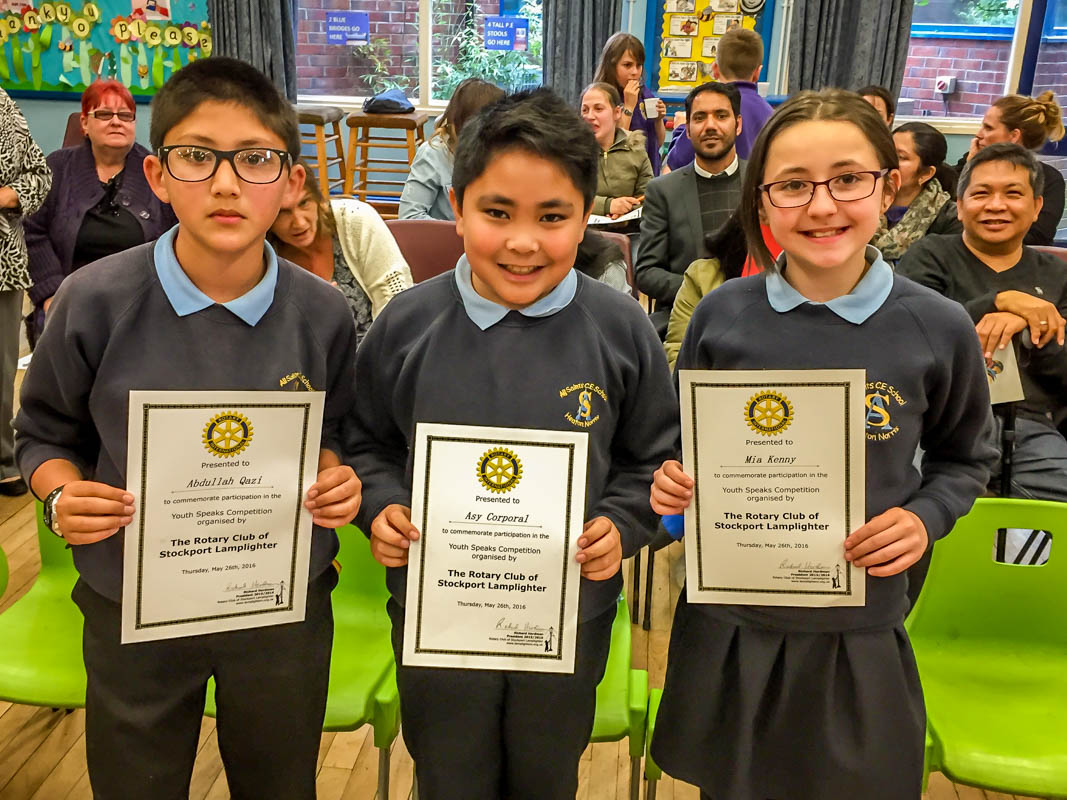 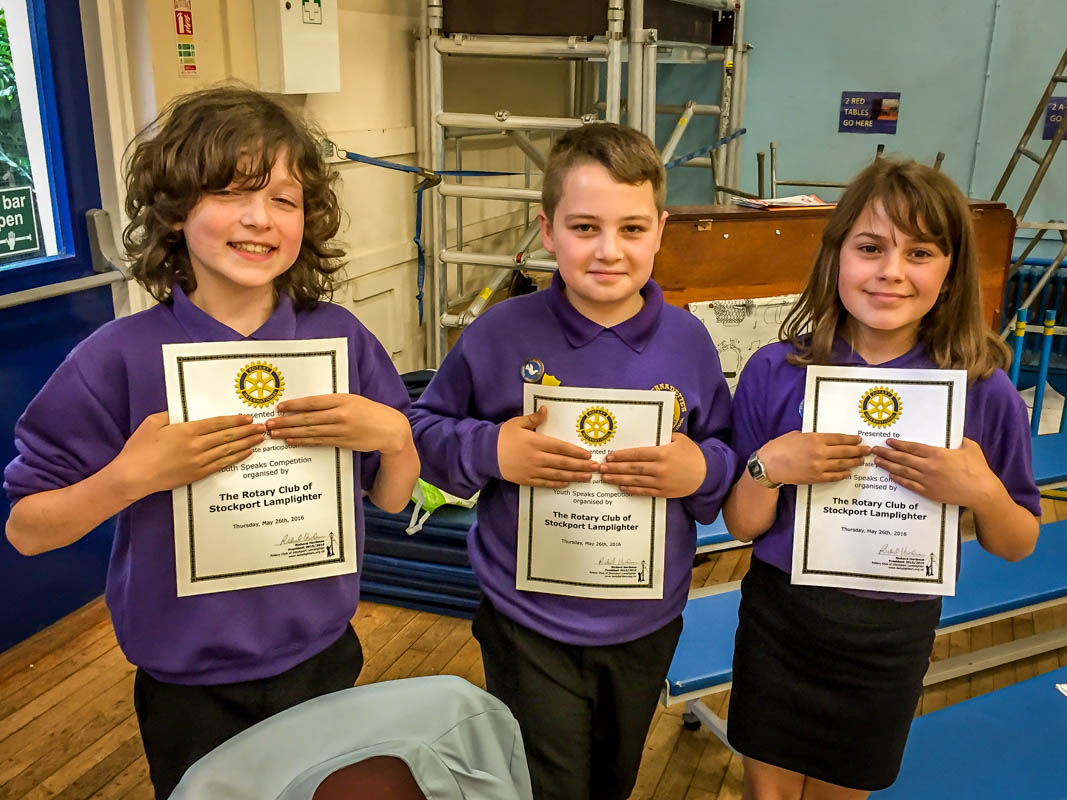 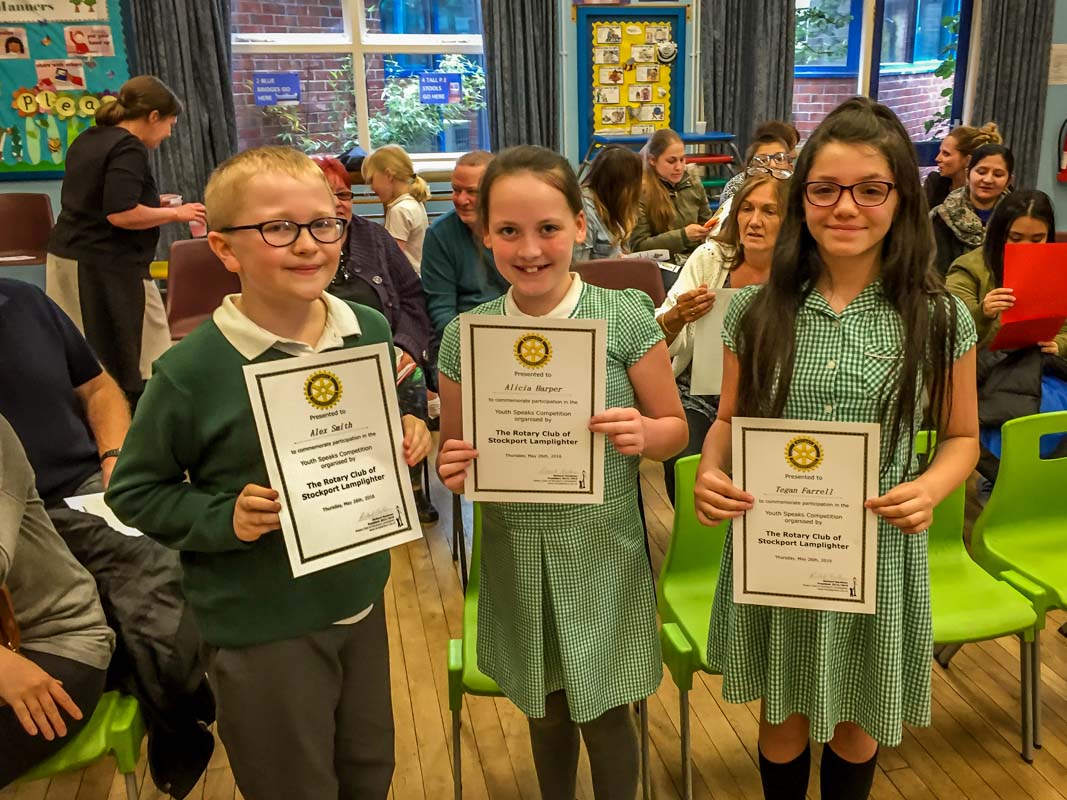 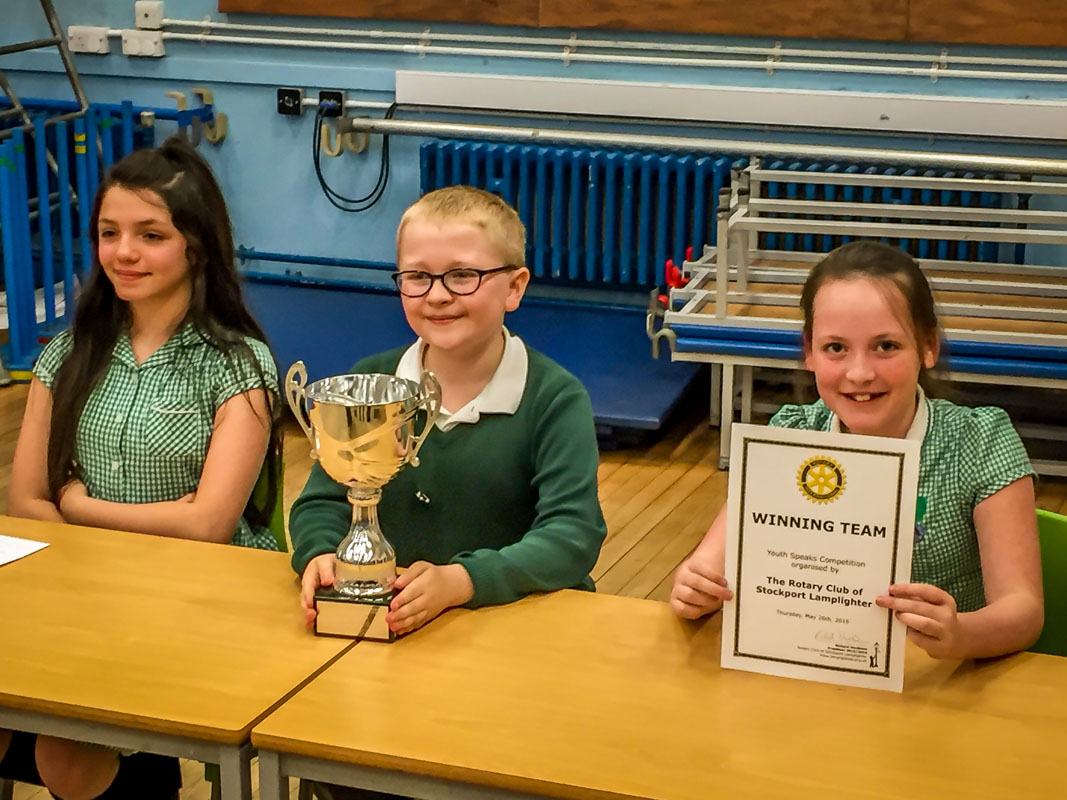 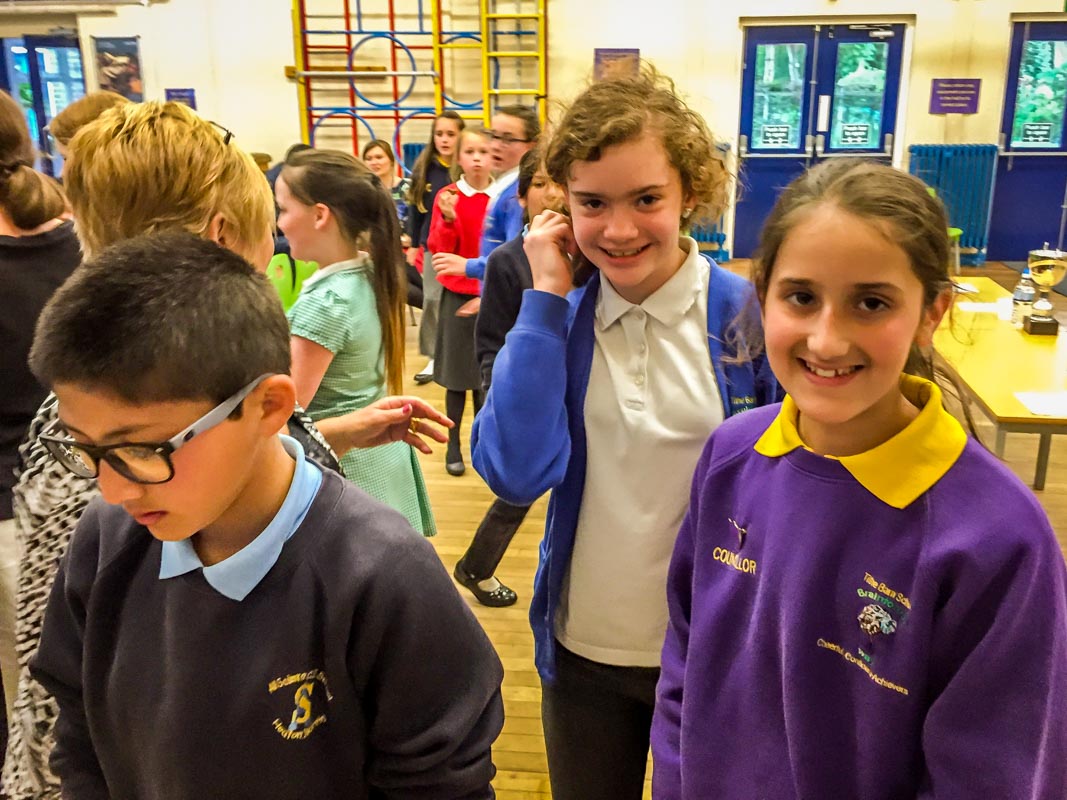 This year's Youth Speaks competition was once again held at Tithe Barn School, and the standard was as high as ever. Four teams took part, representing All Saints, Tithe Barn, Green End and St Bernadette's schools. Green End won the cup for winning the competition, and Tithe Barn were judged second. Both these teams will go to the area finals later this month, to be held at the Deanwater Hotel. The winning chair was Abdulla Qazi (All Saints), the winning speaker was Samara Choudrey (Tithe Barn) and winning proposer of the vote of thanks was Alex Robinson (St Bernadette's). Special thanks go to the judges, Claire Tunnicliffe and Susan Allen for their time and expertise, and especially to Rotarian Nan Ironside who once again organised a superb event, but unfortunately could not be there on the day.

Thanks also to John Palmer for photographs.