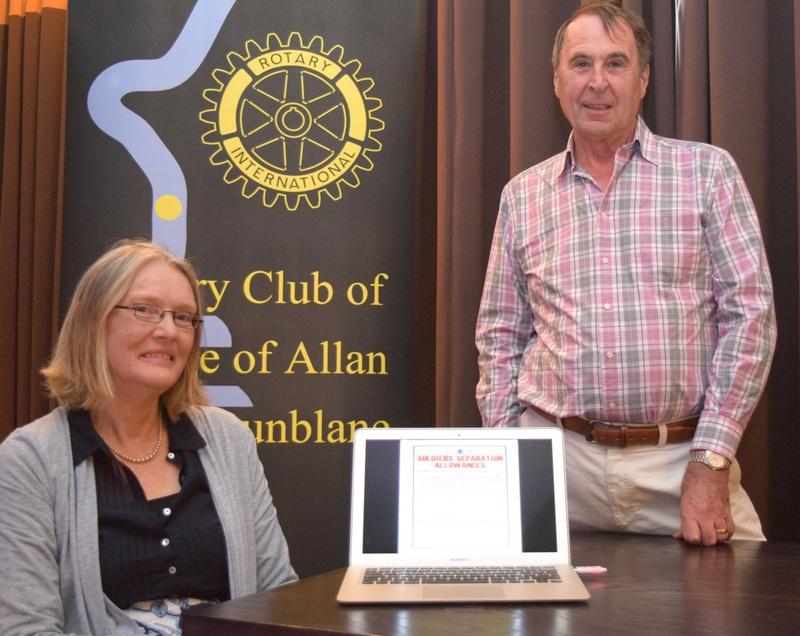 In the various centenary events and commemorations connected with World War One, the focus has tended to be on the battlefields, with much less consideration being given to the Home Front.  This emphasis was corrected on Thursday at the meeting of the Bridge of Allan and Dunblane Rotary Club when Past President Mary Fraser talked about the financial arrangements made for wives whose husbands joined the armed forces.

She explained that there was concern that if a husband enlisted this could leave his family short of money.  To ensure that this concern was addressed, at least to an extent, the Government, under Prime Minister Asquith, introduced Separation Allowances to be paid to wives whose husbands joining the armed forces. To us, the amounts of the Allowance may seem small, with wives whose husbands were in the army being paid between 12 shillings and sixpence (57.5p) and twenty-three shilling £1.15p) each week, depending on their husband’s rank, to which was added two shillings (10p) for each child.  However, with money being sent home by the soldiers, and with women increasingly becoming employed in war work, the wives began to have more money than they were accustomed to, with public fears expressed “that they could fall victim to intemperance and other evils.”

To counter these concerns, the Government involved the Soldiers and Sailors Family Association to monitor how the Allowances were being used.  This often led to an intrusive approach by the Association much resented by women whose expenditure was being questioned.  Given the level of discontent, the Government took away this responsibility. 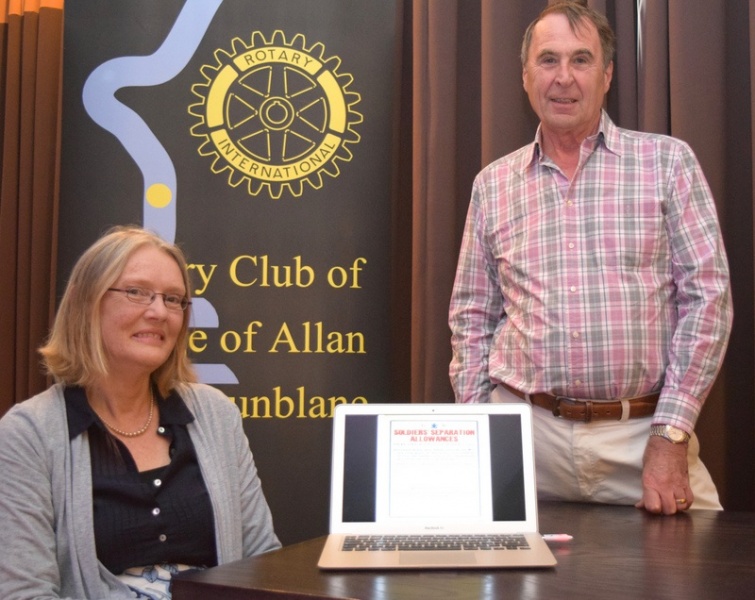 However, Mary explained:  “this didn’t relieve public concern that, given this additional money, and, without the restraint of their husbands, women would be out of control, leading to drunkenness, immorality and child neglect.”  To give reassurance, the Home Secretary replaced the role of the Soldiers and Sailors Family Association by giving the police the responsibility to monitor women’s behavior, and by granting powers that could lead to discontinuance of the Allowance where it was judged that it was being abused.  This power of intrusion by the police into women’s lives was again deeply resented, not least by the emerging suffragette movement, to whose opposition was added the support of Arthur Henderson, the MP for Glasgow, who became a leading advocate opposing these powers.

In the light of this opposition, the police forces largely watered-down the extent to which they applied the powers given to them.  In effect, they tended to take action against a woman’s entitlement to the Allowance only where there was a breach of the law.  Subsequently, this lighter touch prevailed.

Summing up, Mary reflected on the introduction of the Separation Allowance as an important instance of the State moving away from reliance on charity to itself being the source of support to those in need.  However, the mode of monitoring, also highlighted the extent at that time of a highly patriarchal society.

Thanking Mary for this fascinating insight into this aspect of the Great War, Speaker’s Host Allan Macpherson asked members to join him in expressing their appreciation.

There will be a meeting on Thursday 1 September in the Westlands Hotel, Doune Road, at 6.00 for 6-30pm. The speaker will be Tanya Ewing who will talk about energy saving and renewables.   Visitors are always very welcome to meetings.  Anyone interested in attending should contact the Club Secretary, Iain Fraser at secretary@dunblanerotary.org.  Tel: 01786 822751.  More information can be found on the Club website: www.dunblanerotary.org.uk or the Facebook site: www.facebook.com/dunblanerotary.