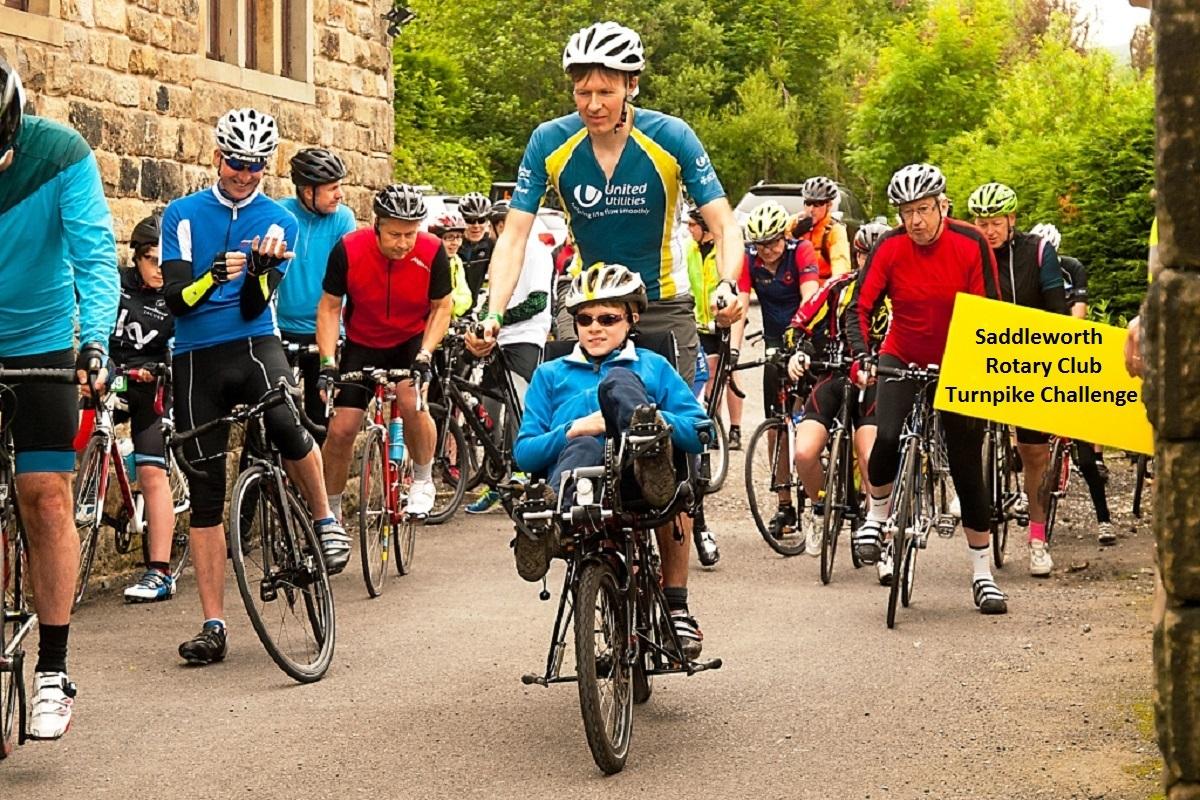 The second Turnpike Challenge Charity Bike ride was again held on the morning of Father’s day, 19th June.  The joint venture between Saddleworth Rotary and Saddleworth Clarion Cycle Club attracted 60 riders of all age groups including one energetic Rotarian – John Ainley. The weather was much kinder to the riders this year and all completed the 25 mile round trip over the tops of the Pennines.  Chris Moreman, the event organiser commented that again he was very pleased with the turnout and is looking forward to running the event in 2017

The ride started and finished at the Diggle Band Club where the returning riders received welcoming hot drinks and a steaming plate of pie and peas provided by Jo Castle. Jon Stocker from Rotary said that the riders really appreciate the hot drinks and food when they finish the ride and also really like the flapjacks at the half way feed station, which were kindly baked by the staff of North Ainley Solicitors.

We also need to thank Paul Smith of Cycle Tech Oldham for giving his time to make any necessary repairs to the bicycles, the Rotarians and volunteers who stewarded and manned the feed station and the Clarion Cyclists who went round with the riders offering support and making sure no one got left behind. Last but not least we would like to thank the riders that turned out with their hard earned cash to support the event, and in some cases had been organised enough to get some valuable sponsorship for their efforts.  Special mention to Nigel Hill of Saddleworth Round Table/41 Club. With their help we have raised over £750 for Prostate Cancer UK.  Well done to everyone, and see you next year!