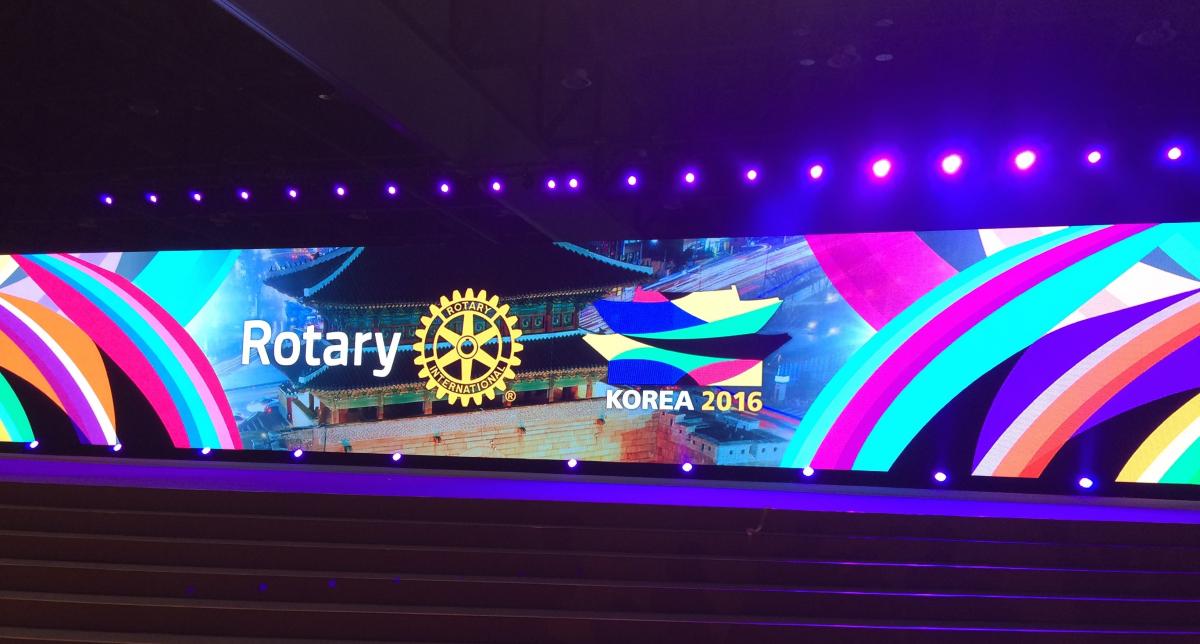 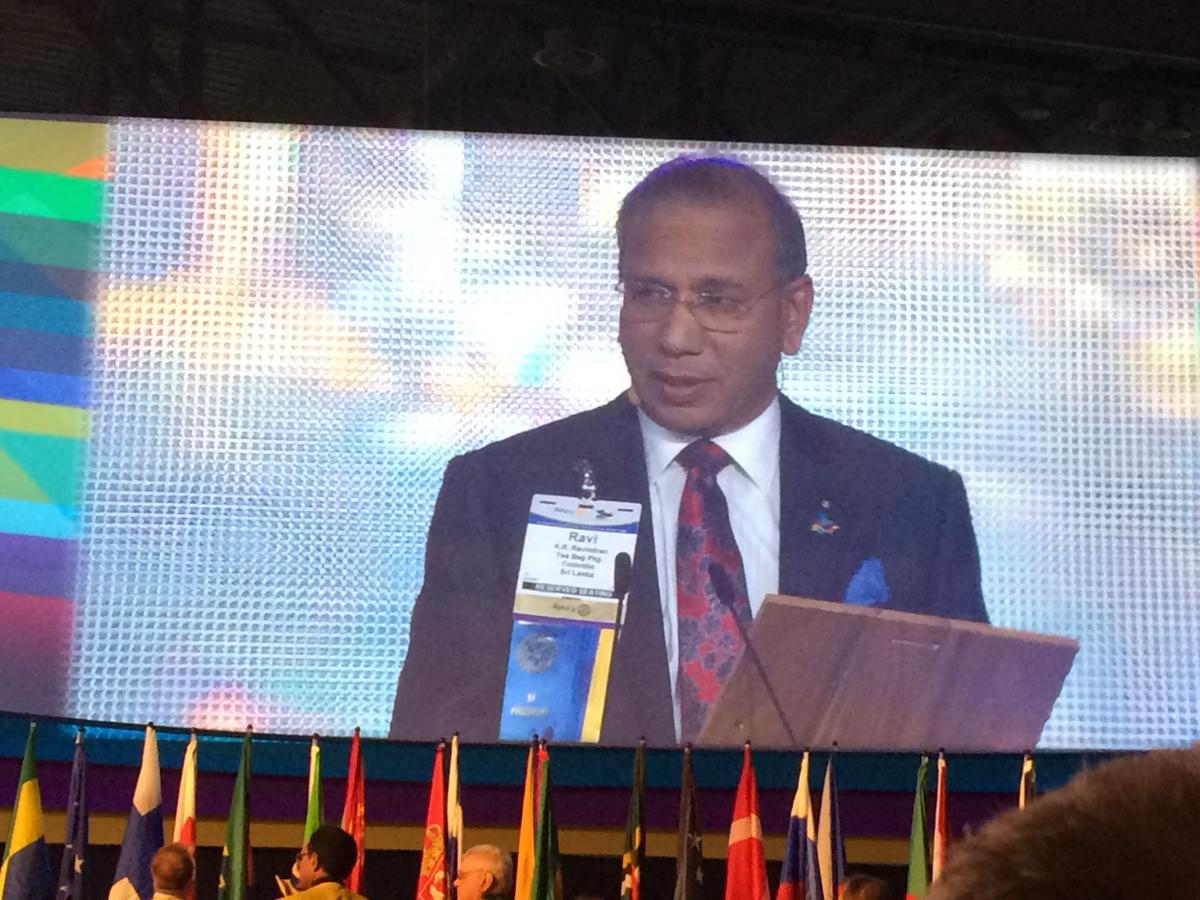 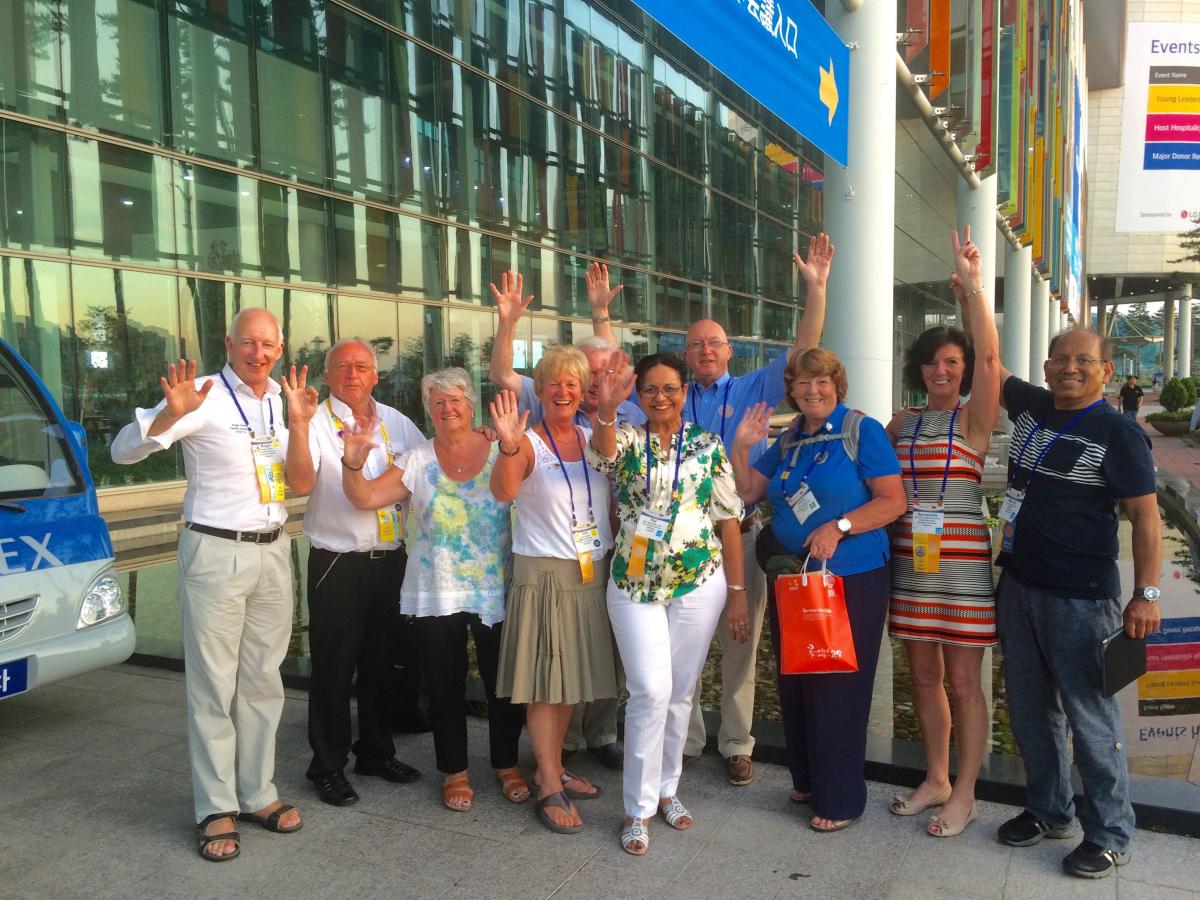 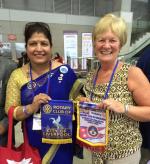 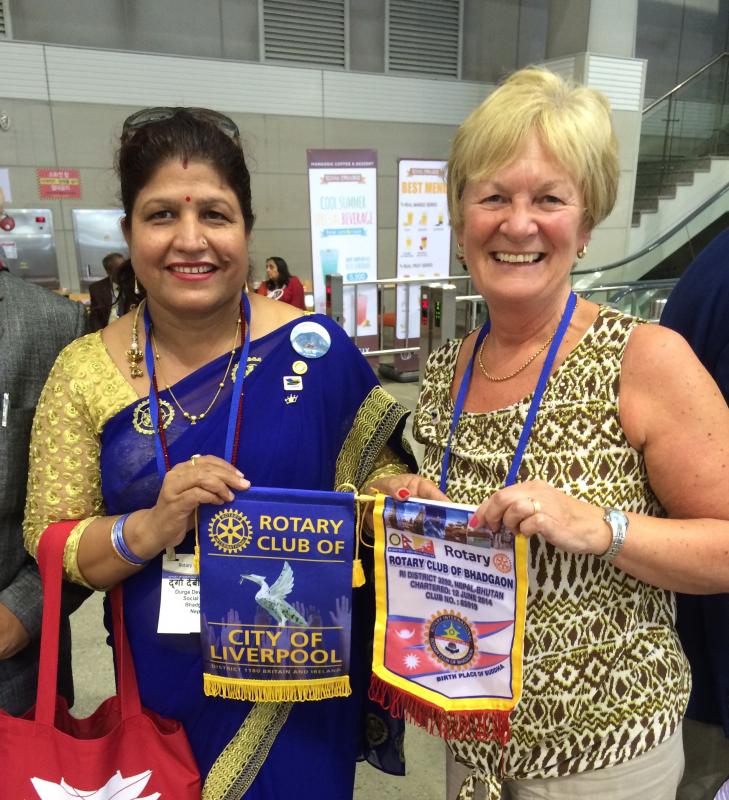 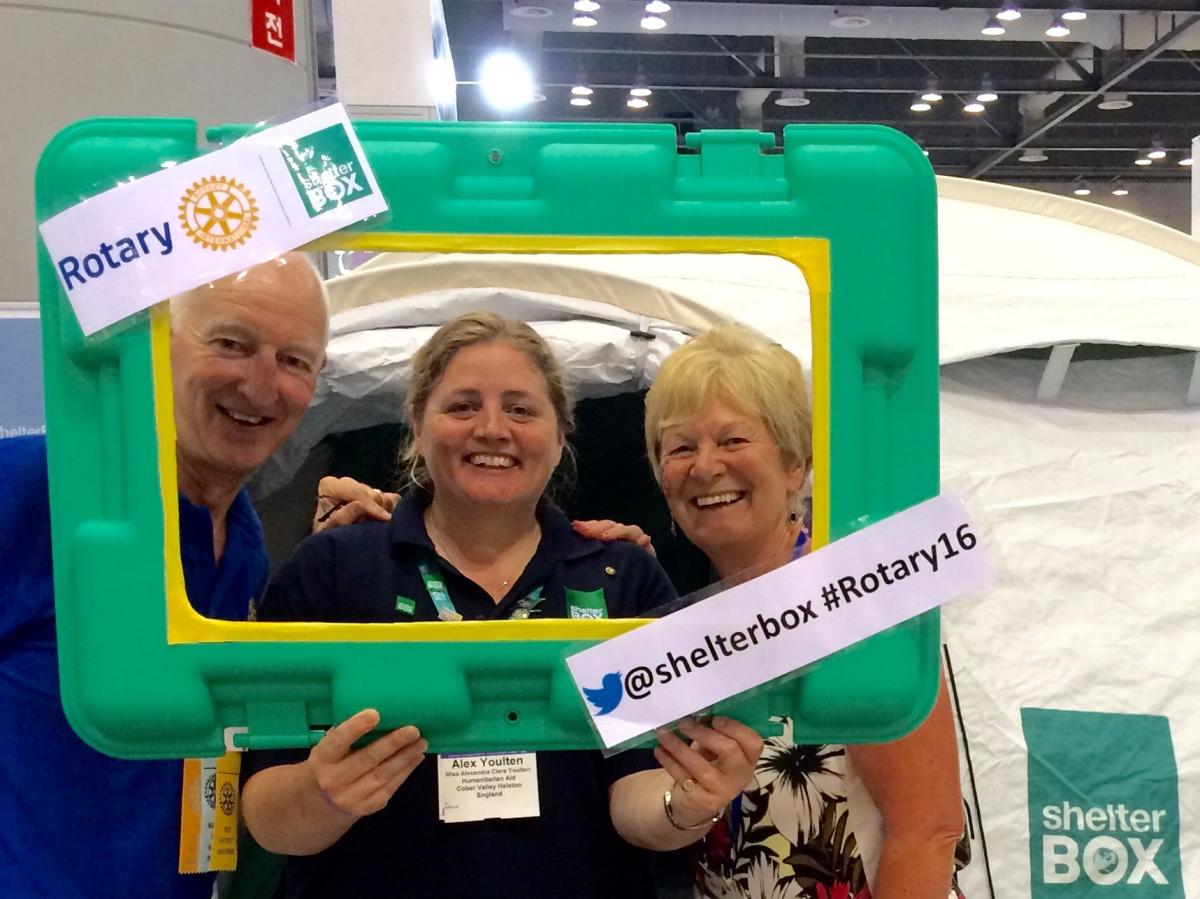 So what is the RI Convention and why did I go ?

The District conference and the national Rotary GB&I conference are held each year giving Rotarians an opportunity to meet, be inspired, hear about Rotary projects and other important issues and most of all have a good time!

Well the Rotary International Convention is just that but on a much bigger scale and in a different country each year.  It gives Rotarians around the world the opportunity to meet old friends, make new friends, share ideas, find out about rotary projects, listen to some inspiring and motivational speakers and provides some excellent entertainment.

Roger and I went to our first convention in Birmingham 7 years ago, we thought as it was so close to home we would give it try, as we really didn’t know what to expect, however we enjoyed it so much we have since been to 4 more, in Bangkok, Lisbon, Sydney and this year in June we went to Seoul in South Korea, along with 8 others from our district 1180 and over 40k other Rotarians from across the world and we were not disappointed.

We made our way to the Kintex Centre on the first morning and while we were sitting waiting for the opening ceremony to begin, we introduced ourselves to the Rotarians around us, to find that the gentleman sitting next to me, who was from Nepal, had met our new DG Molly Youd earlier this year in San Diego, the world just gets smaller!

President Ravi opened the convention followed by Banki Moon, Secretary General for the United Nations, then the Prime Minister of South Korea and then the PM of Sri Lanka, quite an opening line up and all mentioning polio and the great work Rotary has done, to now be so close to its eradication.  They knew their stuff about what Rotary is, stands for and does!

Then the opening ceremony began with the presentation of flags from every country where there are rotary clubs, this took some time but is always a great sight to see and makes you realise just how prominent Rotary is across the world.

We then were given a wonderful display of Korean arts, music, sand art, dancing including a huge maypole which signified all the countries of the world coming together, it was a great display.

We left this first session exhilarated and made our way across the convention site through an avenue of eating places, there was every type of food you could imagine and plenty of places to sit and meet friends, which you could also do in the huge House of Friendship.  In here there were over a hundred stalls, selling Korean and other merchandise, advertising  and demonstrating products, interactive games, more entertainment and rotary projects, and banner exchanges which is where I exchanged our City of Liverpool banner.

In the evening we went to a host hospitality night where we were told about the Korean culture, had the history of the Korean costume explained to us,  enjoyed  a very tasty buffet whilst being entertained with dance & music and I presented another City of Liverpool banner.  We could also have attended a concert given by the Korean Symphony orchestra or a contempory ballet display, there was always plenty to fill every minute of the day.

Over the next few days we had some amazing and very inspirational speakers including;

Mark Waddington, from the UK, Chief executive of Hope and Homes for Children

Judith Diment, from Windsor, who was a DG at the same as Roger and who is now secretary of the Polio Advisory Task Force

To name but a few!

Under the rotary theme of, ‘Be a Gift to the World’, we had a sports panel comprising of Willie John McBride, retired rugby union player and former British Lions Captain, Paul Sheehan, former Australian international cricketer and Michelle Stilwell, Paralympic gold medallist and world record holder, who spoke of the characteristics they needed, to overcome their struggles for success.

We attended break out sessions of which there were over a hundred, including Effective fundraising, Global Grants, Keeping children safe online, Combatting child slavery and human trafficking, Public speaking skills and The future of Rotaract, which was one Roger & I attended.

We were entertained every morning before the business session began and experienced some wonderful sights and sounds, and the convention finished with an amazing show, which included some of the artists who appeared on Britain’s Got Talent and other countries around the world.  We even had a visit from Psy, Mr Gangnam style, who not only performed but also spoke about how Rotary had influenced his father and grandfather and played a big part during his early life.

President Ravi spoke of the wonderful year he had had travelling around the Rotary World and being involved with such wonderful and amazing people and projects, referring especially to his audience with Pope Francis.  Then he rang the bell signifying the end of Rotary Convention 2016.

What a great time we had, tiring yes, early mornings and late nights and a lot of walking, talking, listening and having loads of fun in between !

Next year the RI Convention is in Atlanta Georgia, we’ve already booked, along with some other Rotarians from District 1180……Rotary is taking us around the World and we’re having FUN……..fancy coming with us ??

The Paul Harris Fellowship (PHF) is a prestigious Rotary award to members who have contributed in a significant manner. 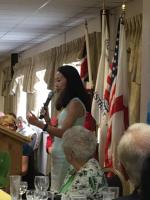 Rotary In and Out lunch

This annual event thanks the outgoing District Governor, District Officers and Presidents.