Donation of a Shelter Box for Hurricane Irma victims

Yet another donation of a Shelter Box from Hedge End Breakfast Rotary Club to those around the world in dire need following a disaster. 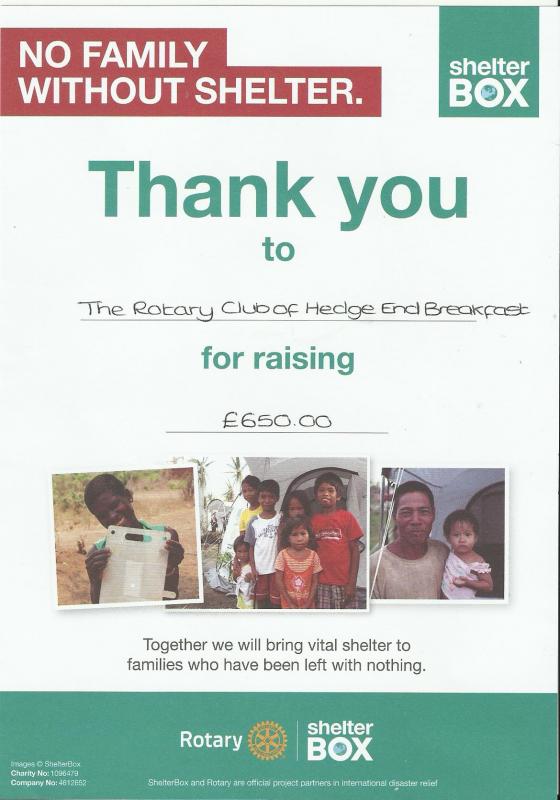 At one point, Hurricane Irma was the strongest hurricane the National Hurricane Centre had ever recorded in the Atlantic outside of the Caribbean Sea and Gulf of Mexico. It was moving as a Category 5 storm. Irma hit the Florida Keys as a Category 4 hurricane and later the mainland as a Category 3. As of September 23, 2017, the death toll had risen to 102 people, including 75 in Florida. Of those, 11 seniors perished in a nursing home, fourteen people died in the Florida Keys. Irma damaged 90 percent of the buildings on Barbuda. It destroyed almost all communication, and left 60 percent of the population homeless. The government evacuated 300 citizens to Antigua. Florida officials ordered 6.5 million people to evacuate. There were 77,000 people in 450 shelters. Once again, as one of many worldwide charities, Rotary International sprang into action to provide practical and material support to those who needed it. http://www.stormgeo.com/whats-new/news/hurricane-irma-interesting-facts/