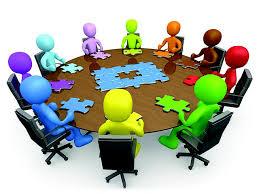 On Thursday 17th November, President Graham Leith chaired a business meeting of the Rotary Club of South Queensferry in the Hawes Inn. The club's Christmas programme and future projects were discussed. The club thanked all Rotarians who had participated in the Armistice ceremonies at South Queensferry and Kirkliston. This was followed by a Special General meeting in which the nomination of Jim McCulloch for the post of club president in Rotary Year 1019-2020 was approved by the members. President Graham congratulated Jim on his appointment. Craig MacKenzie was appointed Secretary for the next Rotary year and Stuart Ridge agreed to stay on as Foundation Convener.

Rotarian Richard Brown announced the winners of the club's Rotary Junior Golf Competition. Lewis Johnson won the Scratch Competition and the Handicap Competition trophy went to Ben Dunlop. Congratulations to the young winners. Our thanks go to Dundas Parks Golf Club for hosting the competition and presentation and Richard Brown for organising the event.

The annual Rotary Carol Concert will be held on Tuesday 6th December. The venue this year is Queensferry Parish Church and the concert starts at 7.00 pm. An inspiring programme of song and instrumental music is planned. Mulled wine and mince pies will be served in the church hall following the concert.