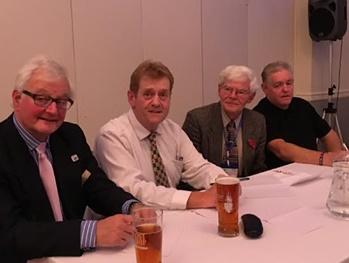 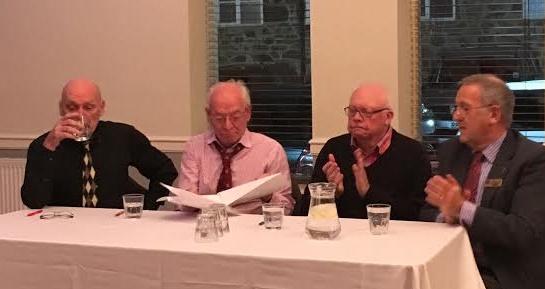 Welshpool Rotary Club hosted the first round of the District Quiz against Oswestry Rotary Club at their meeting on 9th November. Cashier for the evening was Rtn Ian Hughes.

It was a tightly fought match with Welshpool pulling into the lead to beat Oswestry by 5 points, the final score being 57-52 to Welshpool. A very respectable score for both teams.

Thank you to members and guests of Oswestry Rotary Club for spending a very enjoyable evening with us at Welshpool.