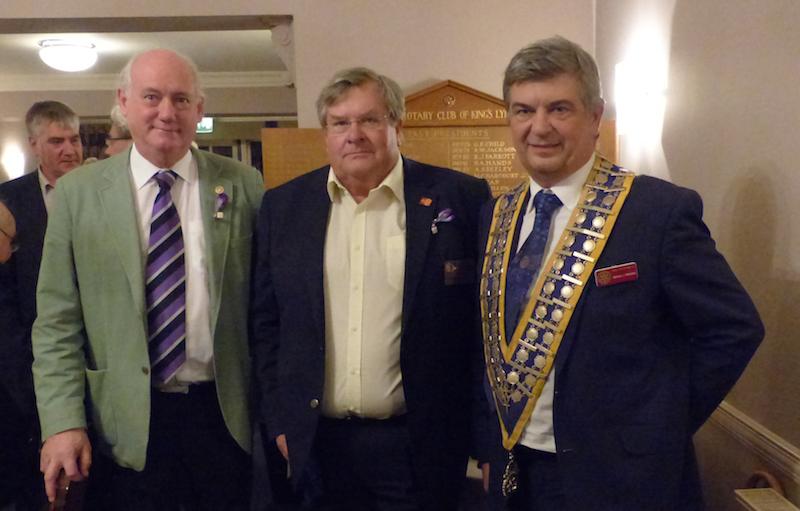 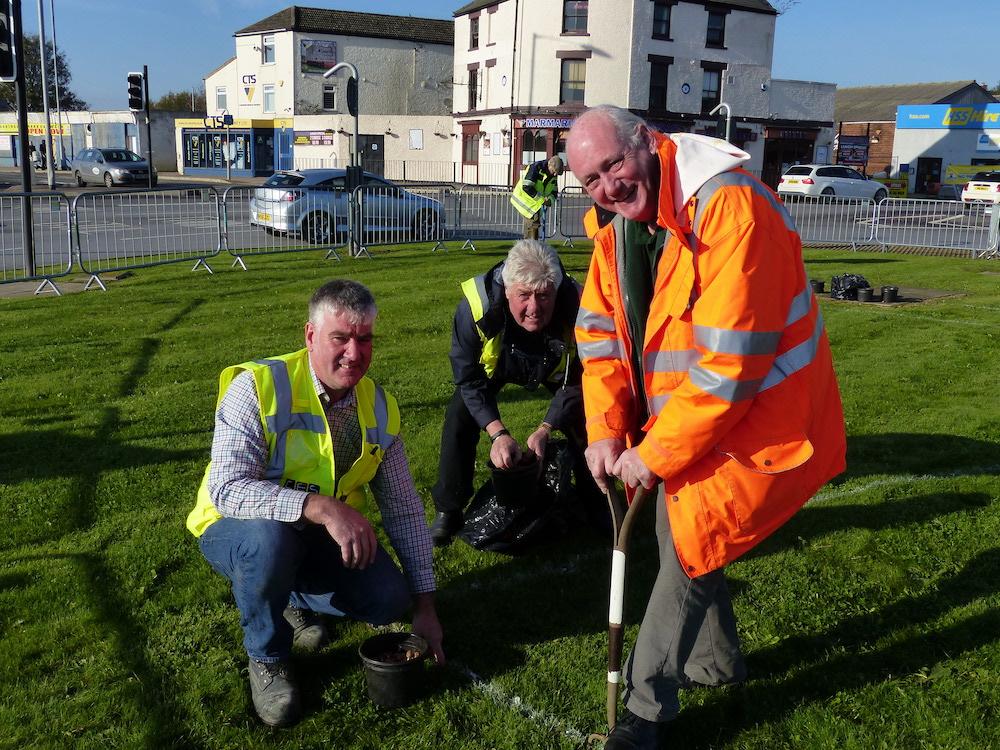 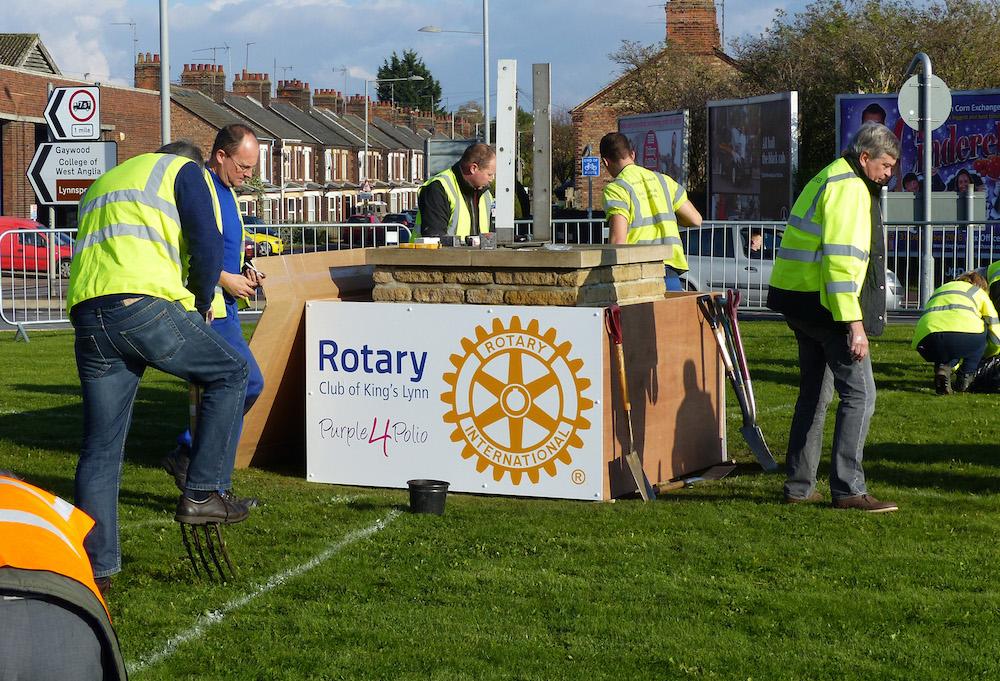 A great many people admired the verges in Lynn this spring when they were filled by purple crocuses but few would realise their significance or that they had been planted the previous year by The Rotary Club of King's Lynn. Apart from enhancing the town, their significance is related to Rotary International's campaign to rid the world of Polio which was inaugurated in 1985 *(see below details from website) The Rotary Club of King's Lynn negotiated this year with the Town Council to again plant 10,000 crocus corms in the Town's open spaces and the Club was offered the prime site of the South Gates Roundabout. On Friday 11th November members of the Rotary Club of King's Lynn, aided by members of the Council staff assembled in brilliant sunshine on the roundabout armed with forks and dibbers to plant the 10,000 corms. Foundation Committee chairman Derek Harvey, who organised the planting operation, expressed his thanks to Councillor Nockolds, Toby Wing-Pantalow, Sarah Moore (Operations Manager for Parks and Open Spaces) and Paul Robson for their help and co-operation.

In the early 1950s, 8,000 people were paralysed by polio each year in the UK, of which tragically, five to 10 per cent lost their lives after their breathing muscles became immobilized. In 1985 Rotary International made a pledge to eradicate Polio Worldwide and in the intervening years in excess of $1.6 billion has been raised and spent by the Rotary movement during which 2.5 billion children have been immunised but more funding is needed to complete the task. In the third world, due to wars, political and religious objections there are still two countries where small pockets of polio outbreaks still exist, but due to the determination of Rotary and its supporters, it is hoped that by 2020 our goal will be reached and that Polio will finally be totally eradicated. To mark World Polio Day, the Rotary Club of King's Lynn invited the District 1080 Foundation chairman, Rotarian Ian Graham, to visit the Club to outline how the "End Polio Now" campaign is progressing, together with reporting on the work of Rotary Foundation locally and around the World.