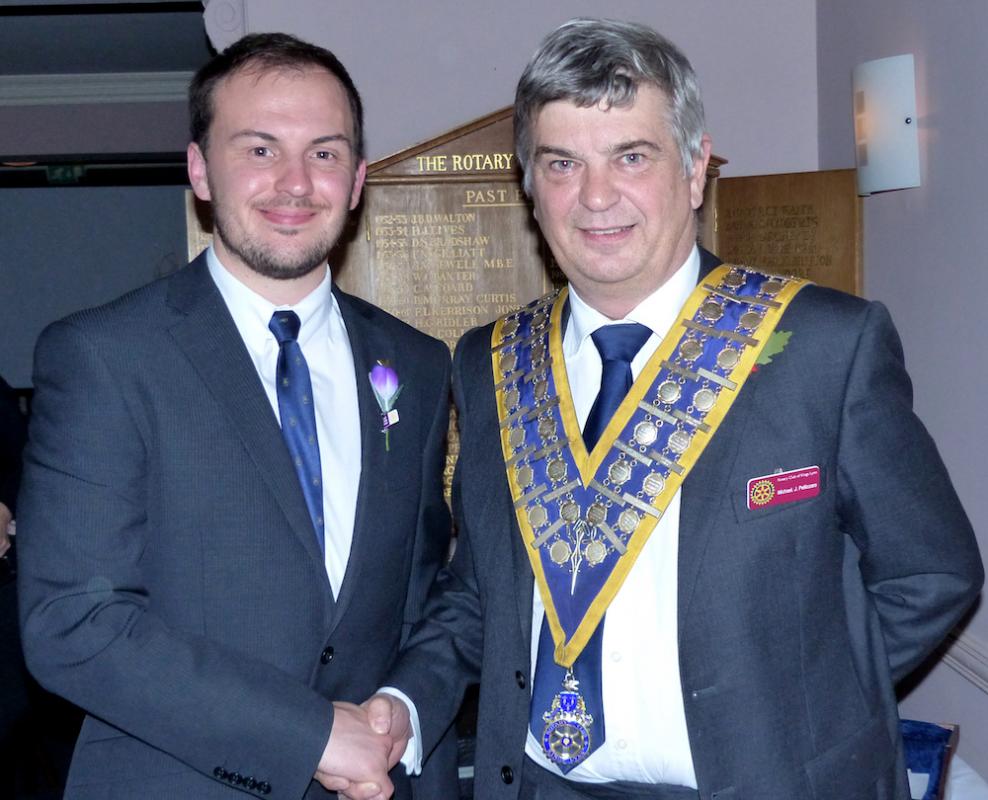 Almost exactly 2 years ago, local building company boss, Sam O'Callaghan was inducted into the Rotary Club of King's Lynn as the Club's youngest member, during which time he has become a very enthusiastic Rotarian to the extent that a short time ago he invited an old friend to a meeting. Sam shared his junior school days in Lynn with Jason Gollaglee and despite their education and business lives taking different paths, the two have remained staunch friends.   Jason went to University at Loughborough and whilst he is still living in King's Lynn, he is a systems engineer in the aerospace industry working in Cambridge. On Monday 31st October, Jason was formally inducted into the Club by President Michael Pellizzaro and like Sam he will be one of the Club's youngest members.  Jason said that like Sam, he saw that Rotary provided an opportunity for him to be able to give something back to the community.