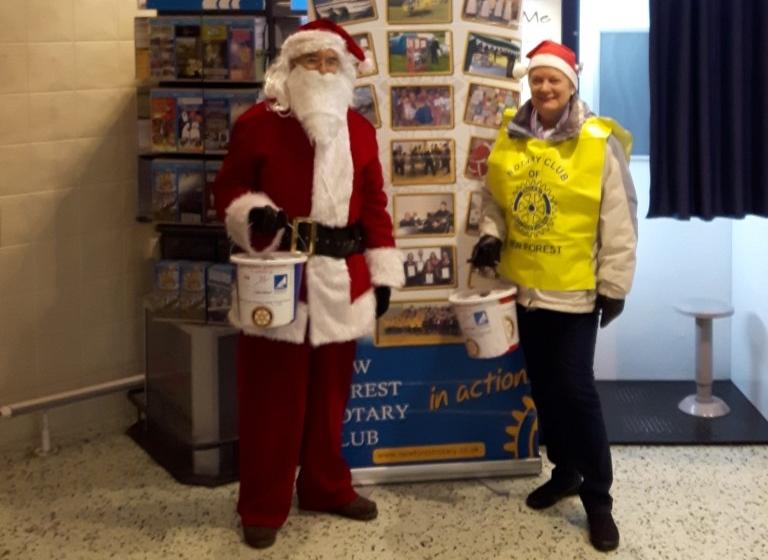 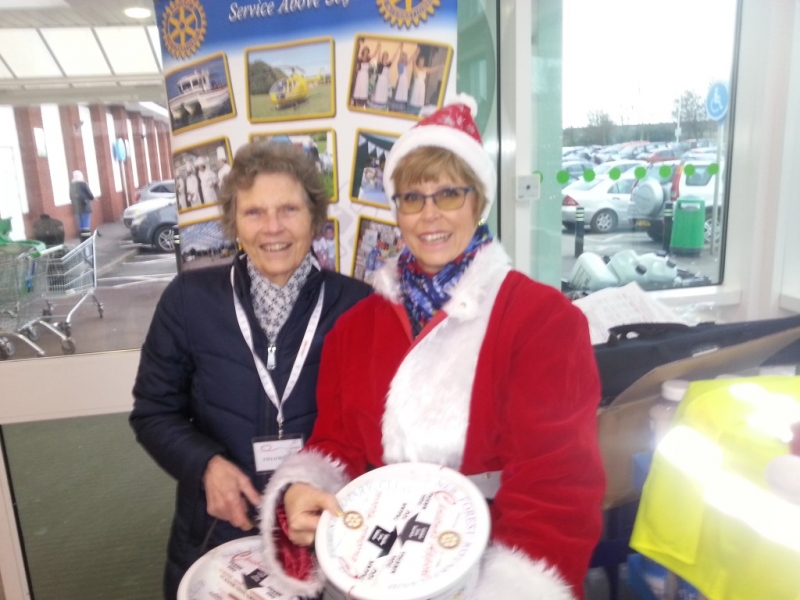 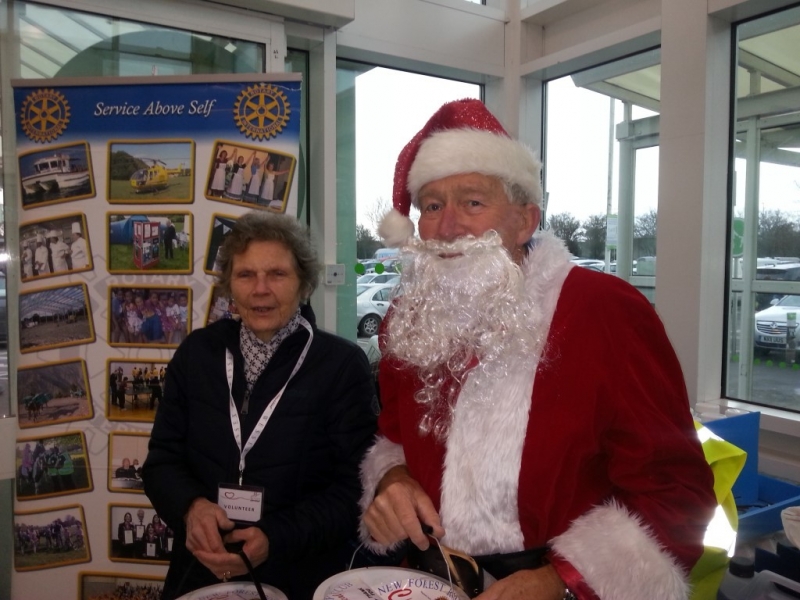 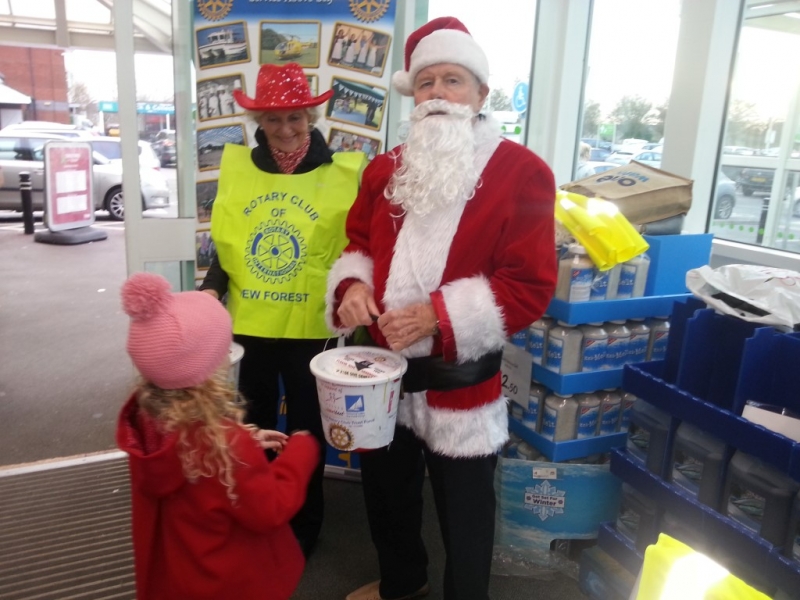 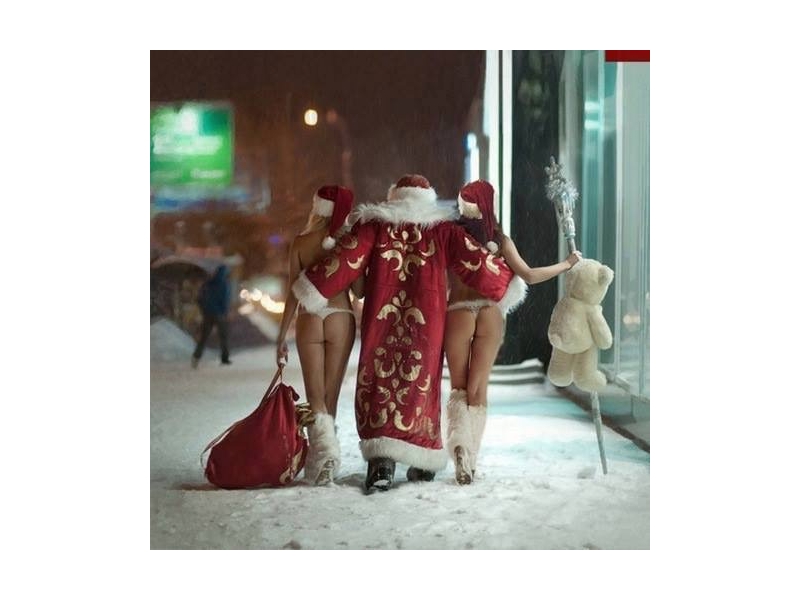 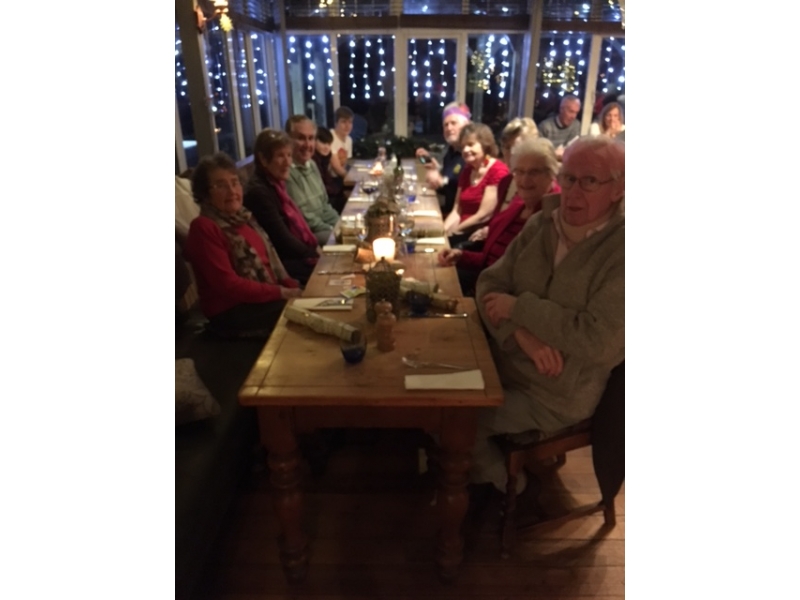 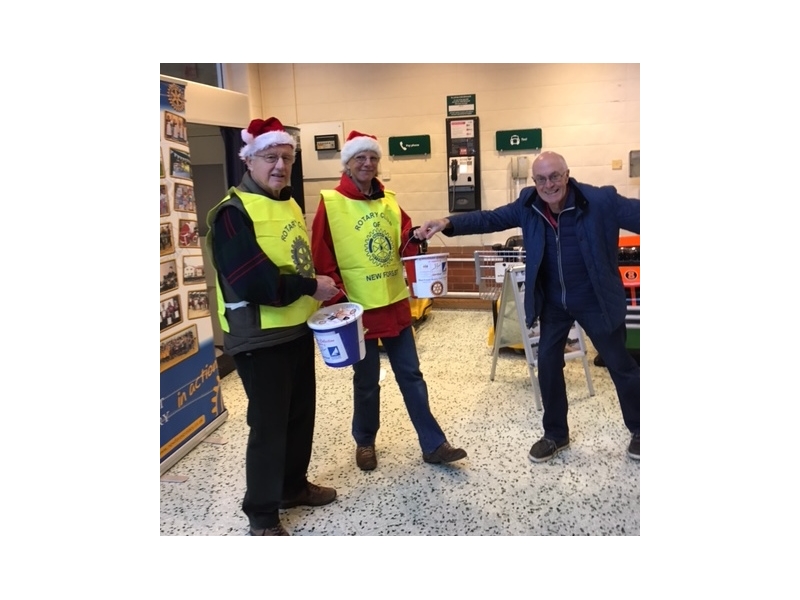 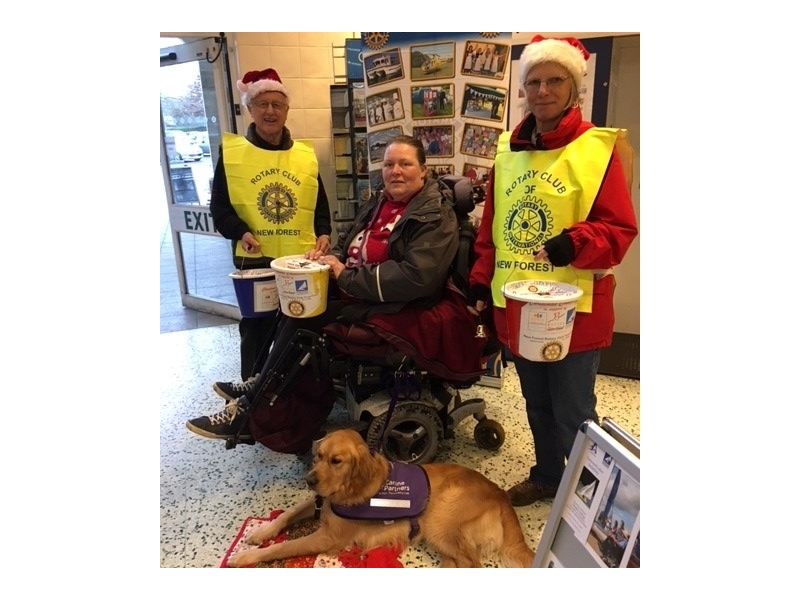 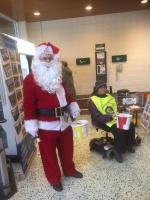 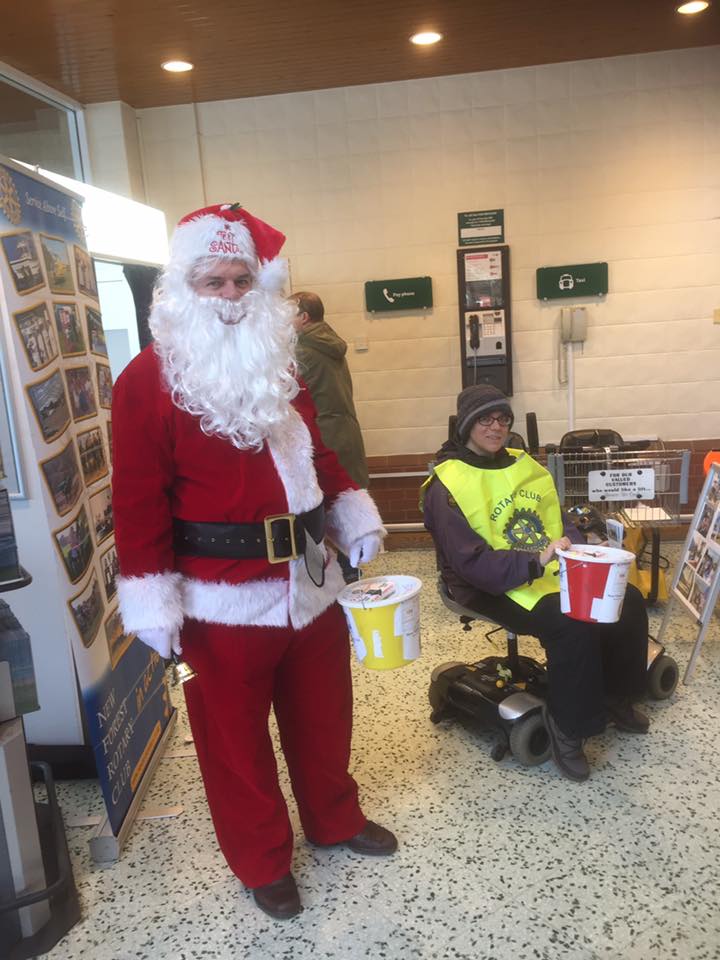 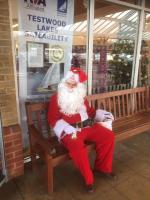 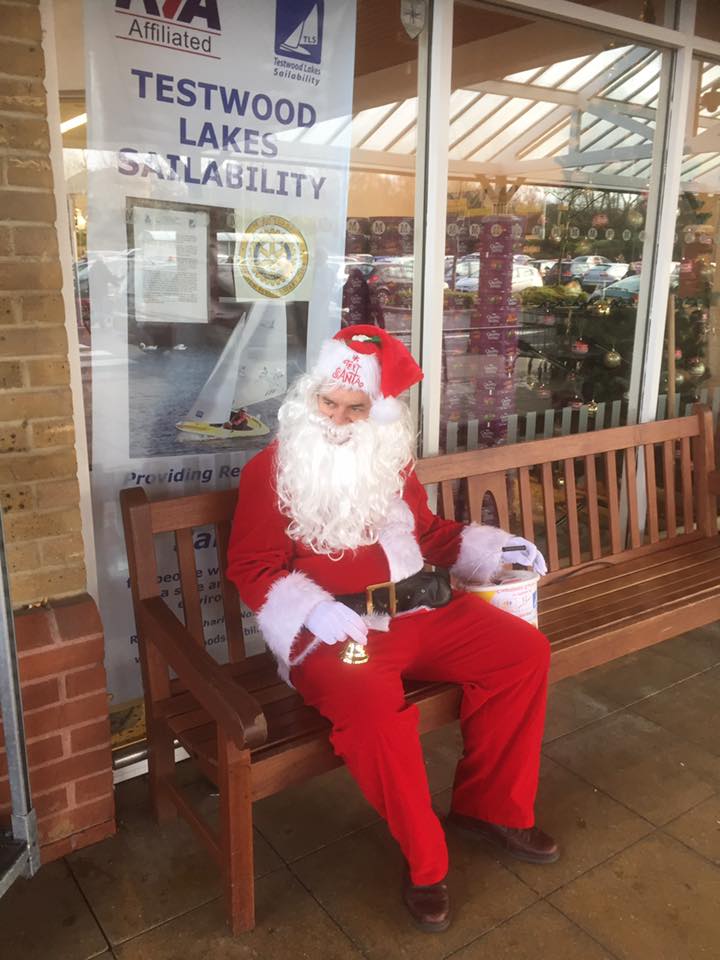 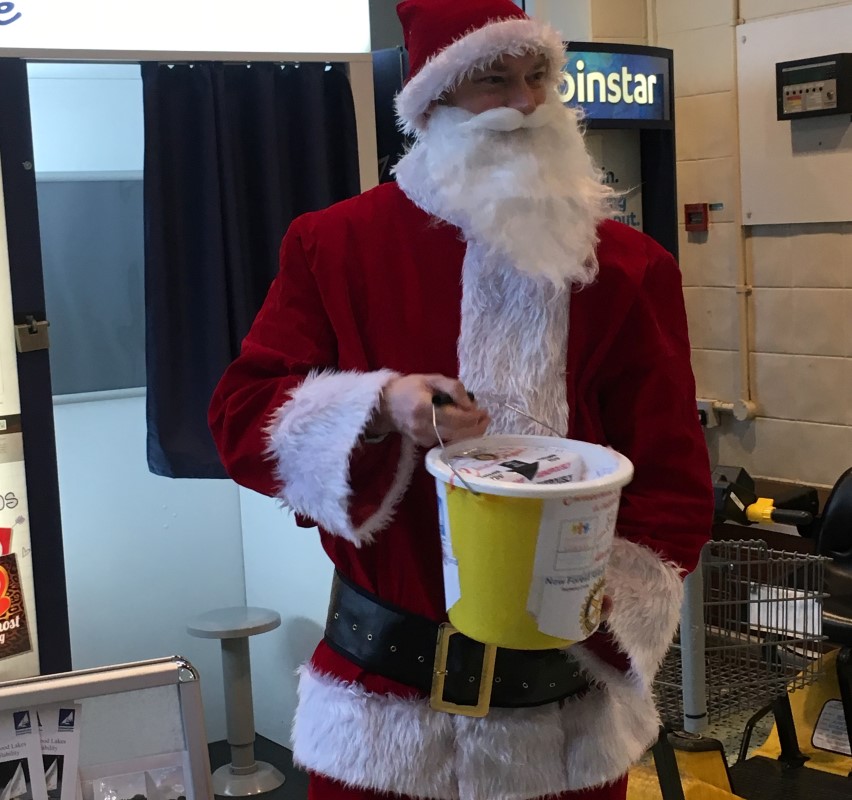 A week of collections reaped a welcome reward for three charities. A rota of Rotarians and partners with volunteers from Testwood Sailability, Wessex Heartbeat and Brockenhurst Gateway Club spent two days in the Asda Store at Totton, three days in Morrisons Store plus Christmas Eve at Budgens in Lyndhurst. There were also Christmas Carols at Asda with the “Rotary Choir” followed by a jolly meal at The Forest Inn at Ashurst Bridge.
Tony put the ever-changing rotas together and organised the whole event,  making numerous visits to the stores.  John B and Christine put in hours of work counting the donations.

Tony commented “I would like to thank all those who were able to give so freely of their time across the three collection venues – several did multiple shifts and it is invidious to single any one out but Philip and Fiona did virtually all the first and last shifts of the days we were at Asda and Morrison’s plus a shift at Budgens. Well done to them but also to everyone involved”.

A magnificent total of £4,658 was achieved, including gift aid, and will be donated to the three charities. This total exceeded last year’s by £105.

Hard and sometimes rather cold work but enjoyable and well worth it.