The local round of the quiz was held on Tuesday 14th March, 2017 at Banff Academy. 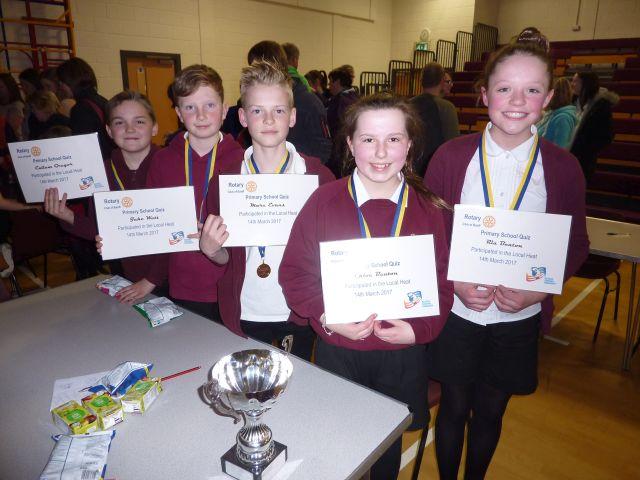 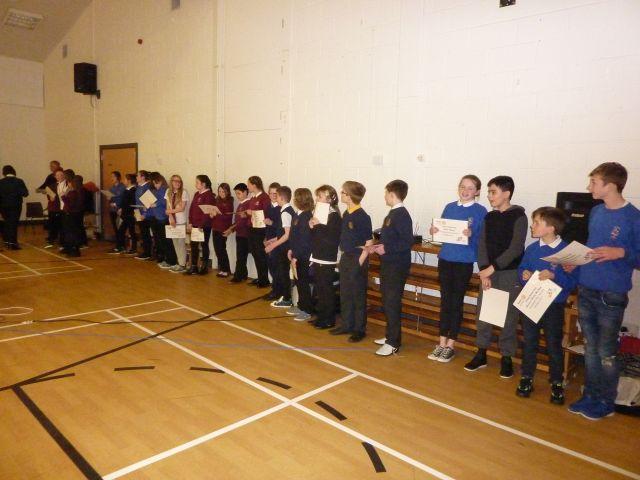 A total of seven teams competed including 2 teams from Banff Primary School (the Banffers and the Tomato Piggies), Bracoden (The Fantastic 4), Aberchirder (The Foggie Flowers), Portsoy (The Klever Kelts – their spelling!!) and Macduff (The Amazing Macduffers).  They were cheered on by family members, teachers and friends.

Last year winners were Portsoy Primary School, keen to defend their title and the group were joined for the first time this year by competitors from Aberchirder Primary School.

The teams competed over 10 rounds on varying subjects from the media to music and from history to geography.  Hilary and Mick Gordon, of Ellon Rotary Club officiated (independence being important) and at the halfway point, just one point separated four of the teams.

Organizer Isobel Mutch was delighted with the turn-out “It’s great to see so many teams compete, and to see them so keen to win.  The Rotary Quiz is always a great evening and it’s good to be able to do something valuable which supports all our local Primary Schools at the same time”.

So, Banff Primary Schools “Banffers” team will go through to the next round to be held in May at the Hallmark Hotel in Dyce.

Rotary President, John West and his Fellow-Rotarian, Debbie Wilson presented certificates to all the teams and Medals to the winners – “We’ve had a great evening, and even one or two adults admitted to having to think twice about some of the answers!  The level of general knowledge is high, which is a useful thing to have in life.  But it’s not just about knowing the facts, this event does a great deal for the confidence of young people and also gives them an opportunity to compete on a slightly bigger stage with other students from across the area”. 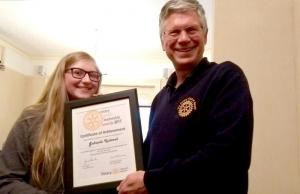 more Do you have what it takes to become a dynamic leader and change not only yourself but the world? Rotary Youth Leadership Awards (RYLA) 2017: Gabriella Kubarek receives Certificate of Achievement 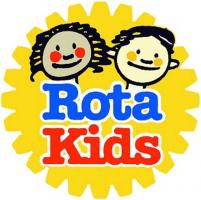 more RotaKids is an exciting way for those 12 and under to lead and engage in important, lively activities that will make a positive difference in their school, in their local community and globally.

more Rotary provides support to the global community in many ways. The Rotary Club of Banff is proud to support the development of the Integrated Community Centre for Employable Skills Training Centre in Ghana.

more Do you have the words to write creatively? 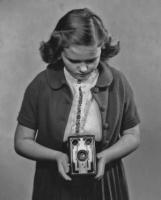 more Do you have an eye for a beautiful shot?

back We support youth development in our community in a number of ways: through Rotary programs such as Rotakids and Rotary Youth Leadership Awards (RYLA) and through local projects which engage young people in learning and development opportunities.