The Harry Jack Trophy - It is 40 years since PP Harry Henderson and his Edinburgh counterpart Jackson Rolland donated the Harry Jack Curling Trophy for annual competition between the Rotary Clubs of Glasgow and Edinburgh. 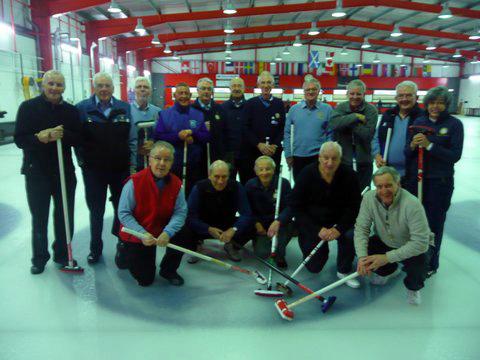 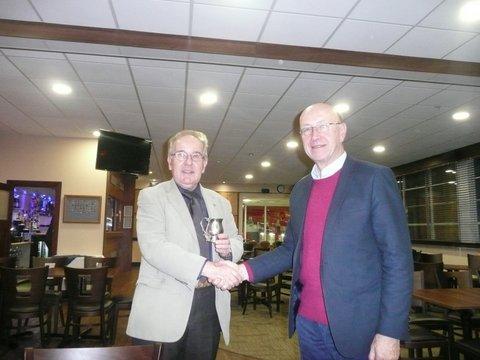 It has been competed for every year except 1985.   Delighted to advise that on 13 February, playing at Murrayfield Curling Rink Glasgow won for the first time since 2012.  The score is now Edinburgh 23 Glasgow 16.

It was a VERY close match with Glasgow winning by ONE shot over the two rinks.

Glasgow Team 2.  Skip Bill Christie, Iain Smith. Ron Griffiths and Brian Evans came back from 6/2 down after 5 ends to reduce the margin to 6/5 after 7 ends.   1 Shot Down.

As always it was an excellent day of Rotary Fellowship and we look forward to hosting Edinburgh at Greenacres in 2018.

Picture 1 .   The Edinburgh and Glasgow teams