The first meeting of the Buttsbury Junior School RotaKids and President Mike gave each club member their membership badges and each club Officer their badges of office. 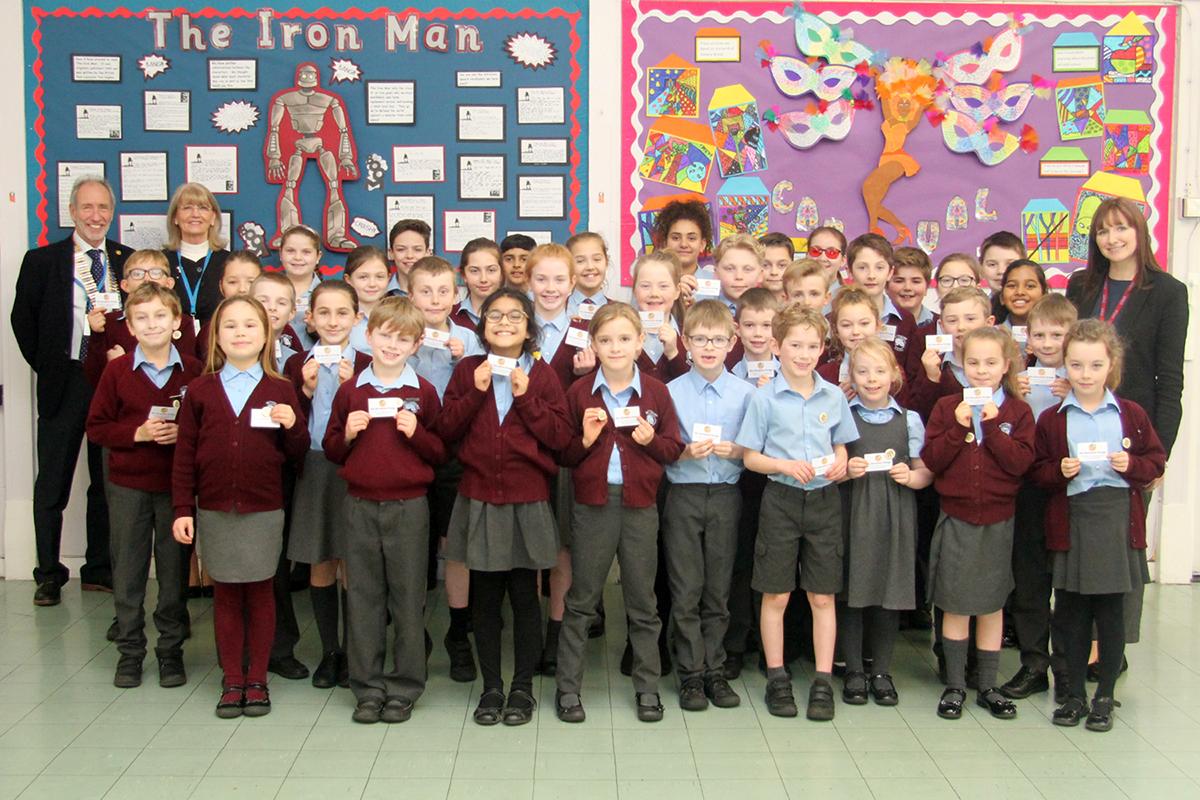 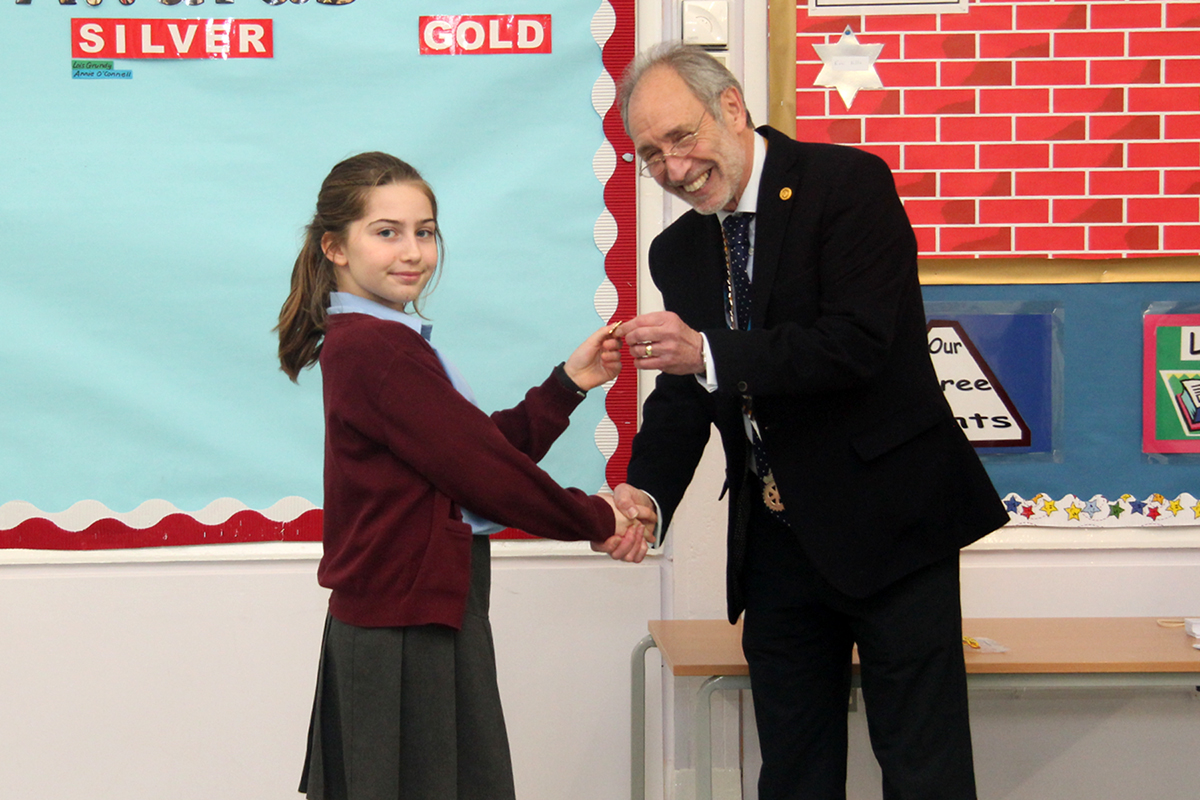 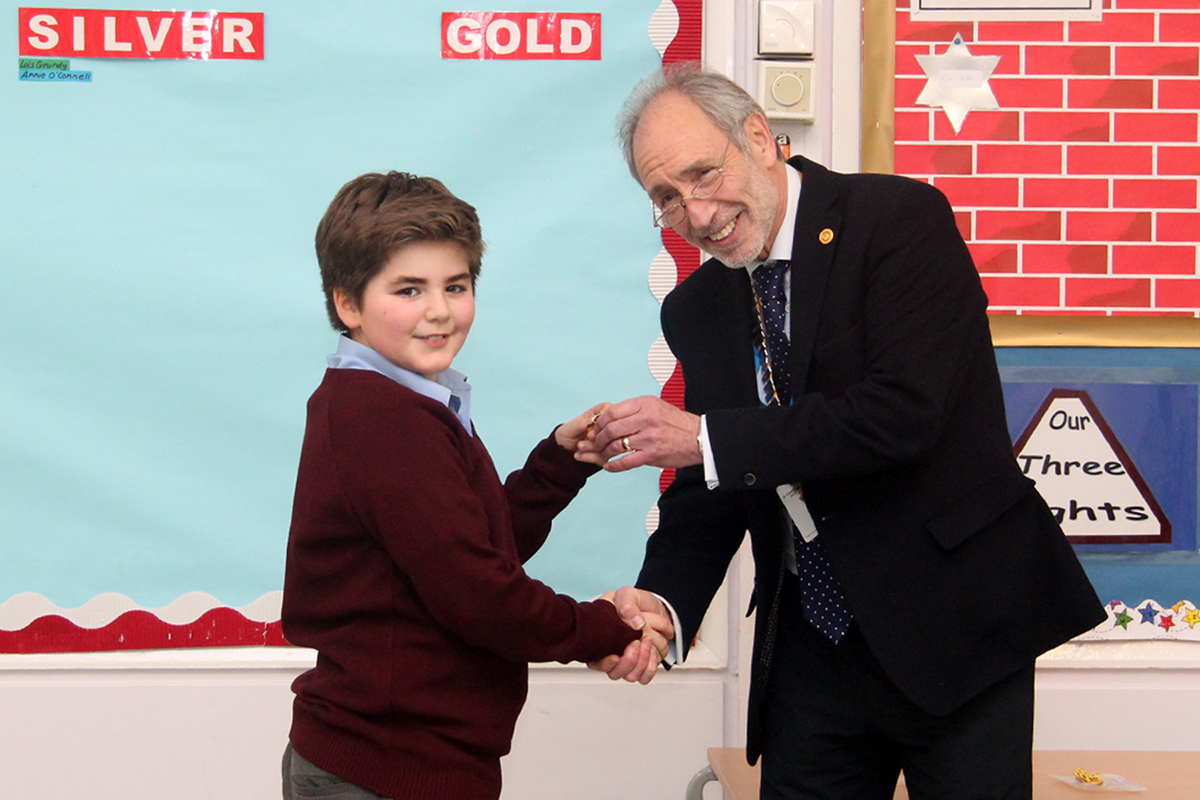 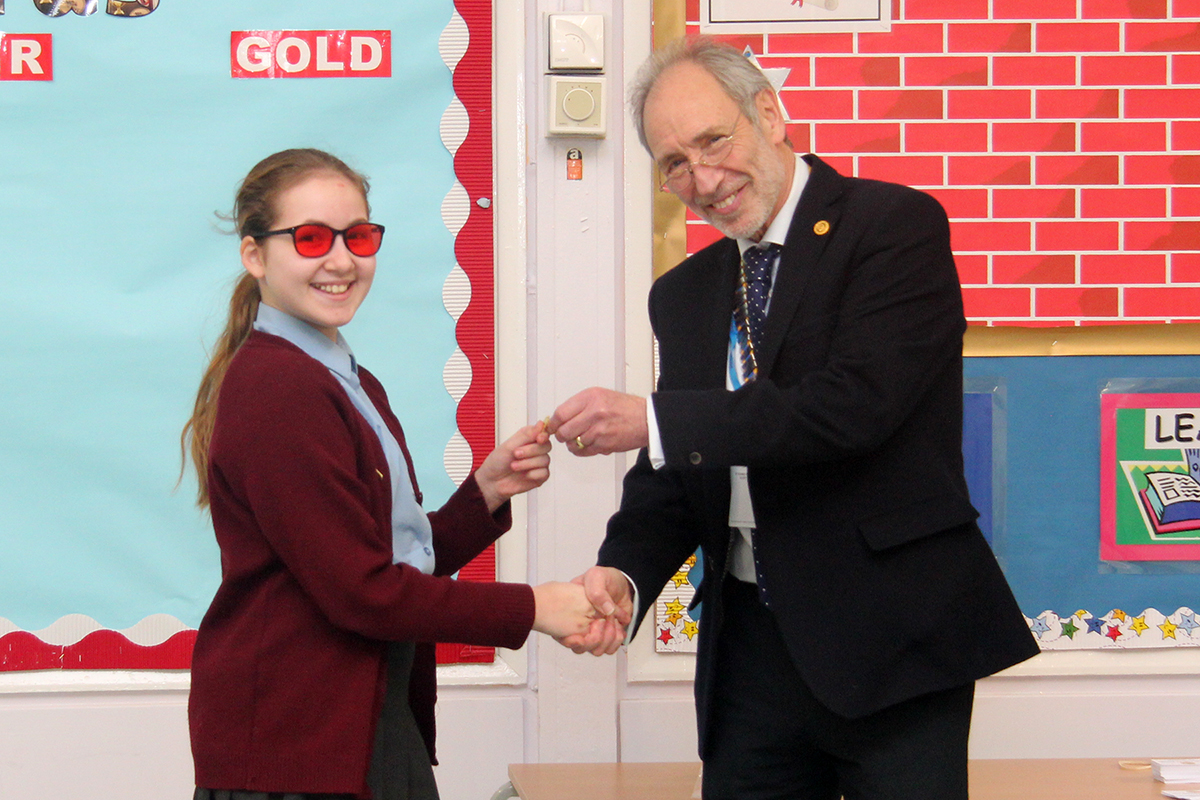 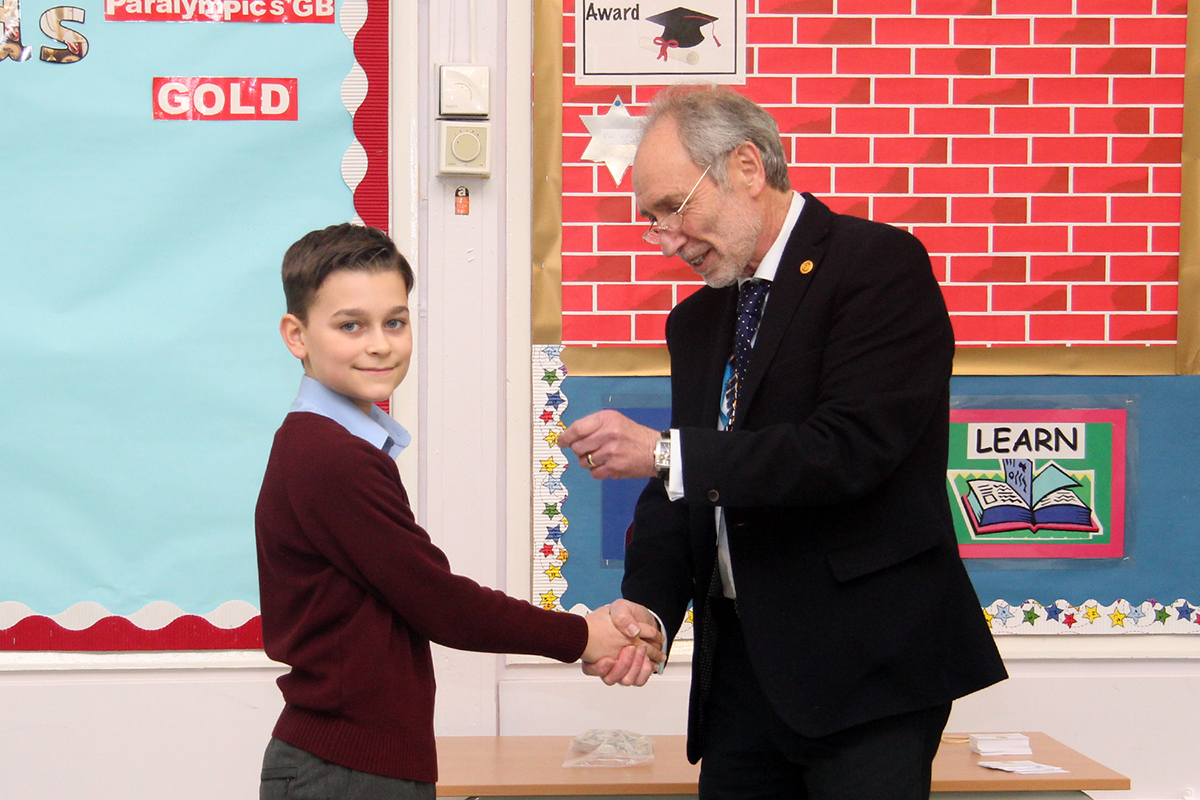 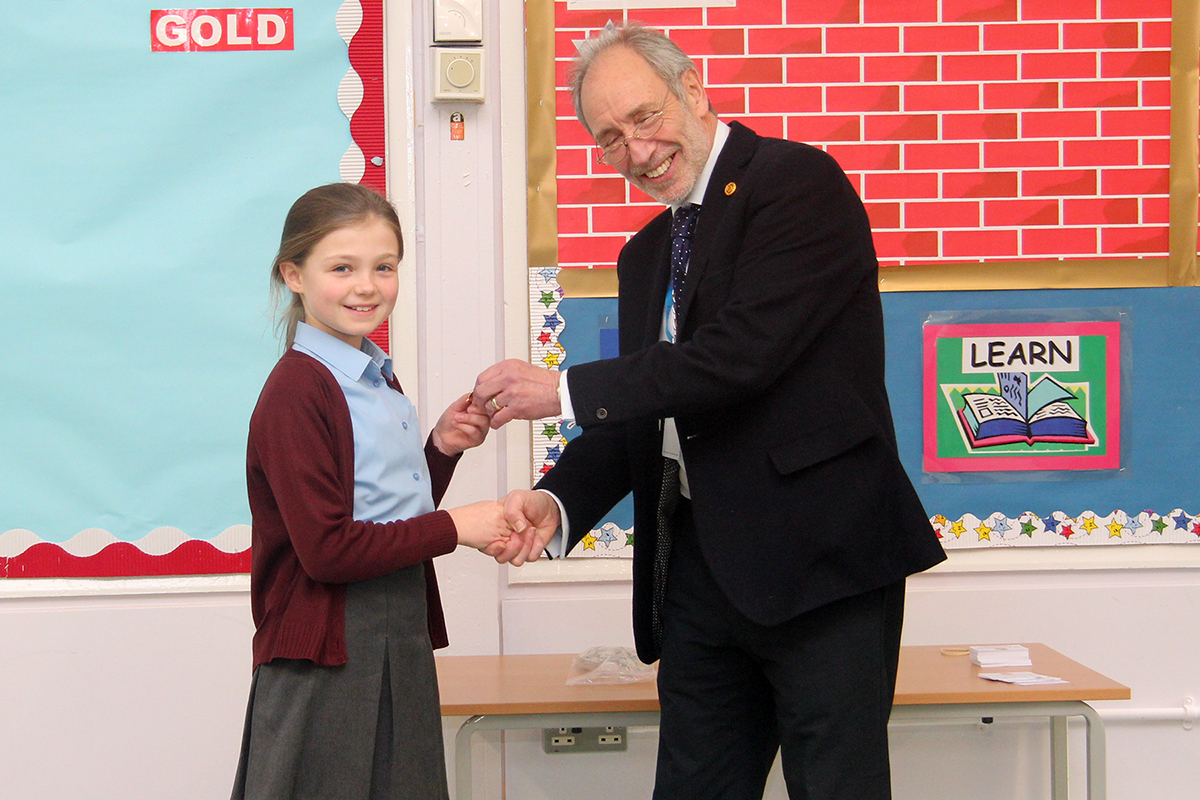 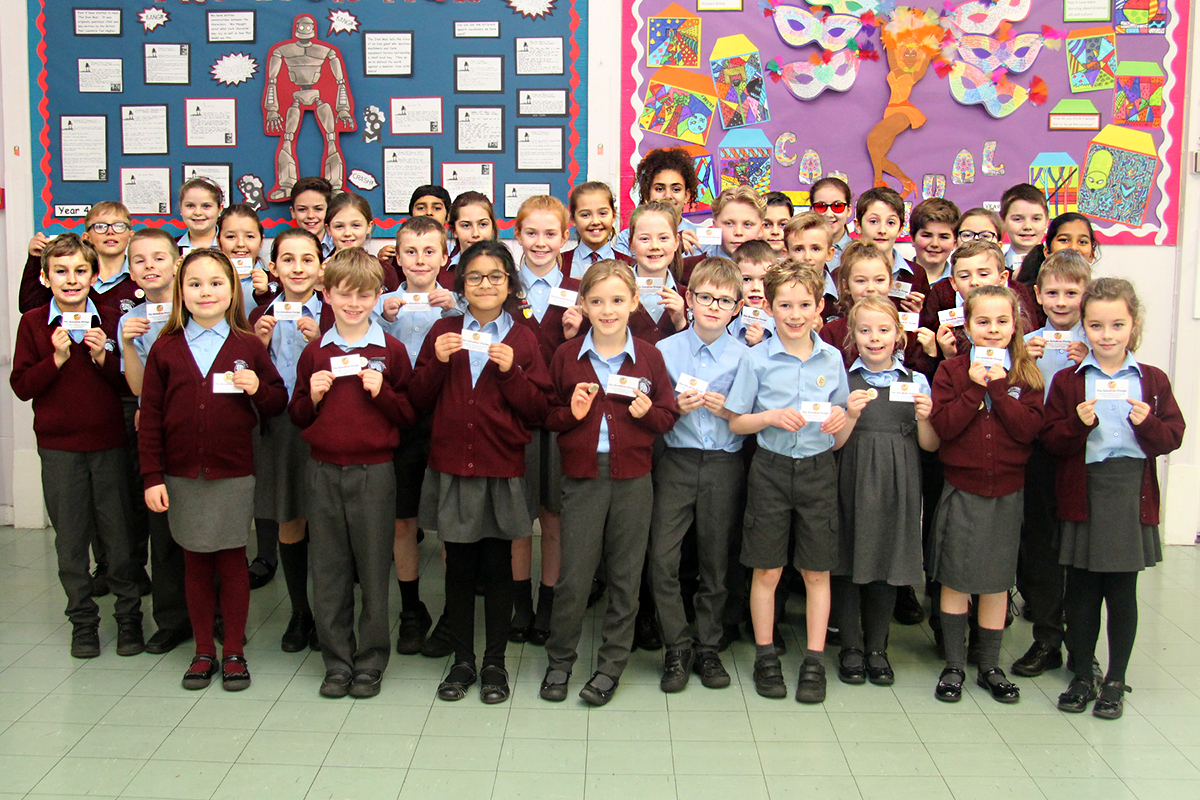 A Tuesday at the end of February, and just a week after Half Term, and President Mike Sinclair, President-Elect Peter Greene and Rtn. Margaret Fowler who is the principal liaison and Mentor with the club, all assembled at Buttsbury School.  Why?  Because this was the inauguration of the new RotaKids club at this Junior School, the enrolment of the 27 members of the club, and its first formal meeting.

The meeting started with an address by Sally Lavelle, deputy head at the school and lead teacher for the club, who introduced the Rotary Club members and explained the importance of the day.  President Mike then gave a brief talk on the objectives of Rotary and RotaKids and our shared desire to help others in the community.  He ended by saying “We can help you with your projects to achieve this, and to raise money for charity, and you should be able to help us with our projects”.

Then the five officers of the club - President Julia Harris, Vice-President Charlie King, Secretary Millie K, Treasurer Oliver Bell and Events Manager Scarlett Costigan, went up to be awarded their Badges of Office and a RotaKids Pledge Card from President Mike.  This was followed by each club member also going up and receiving their club badges and Pledge Cards from Mike.

Then to the inaugural meeting. President Julia and Vice President Charlie moved to the front of the room and started the meeting, with Vice President Charlie reading the Pledge and then repeating it in unison with all the club members. Time was taken for the RotaKids to exchange information on what they had already been doing to support the community.  There was then discussion on what charities the club might like to support, with suggestions for Little Havens Children’s Hospice because some of the Year 5 children had already made a visit there and were very impressed by what they had seen, and wanted to support the work of the Hospice.  Also mentioned were Great Ormond Street, British Heart Foundation, and several others.  Members will consider the options and vote for the final choices at the next meeting. 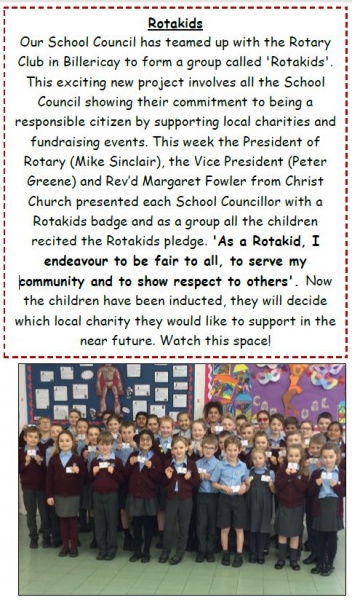