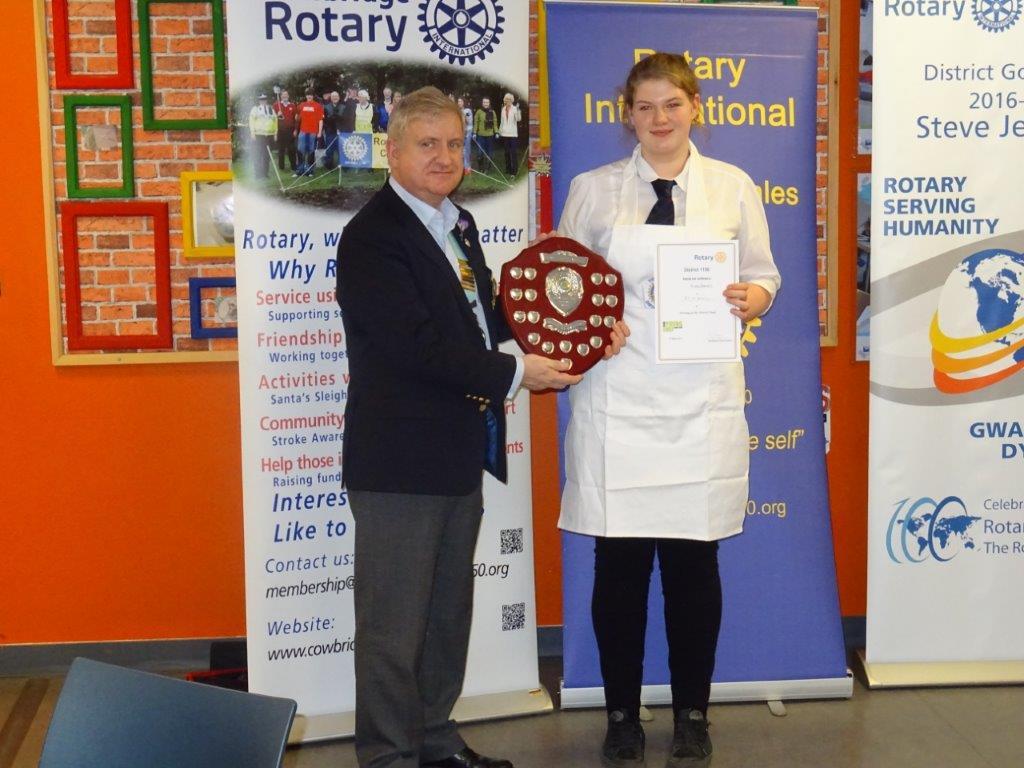 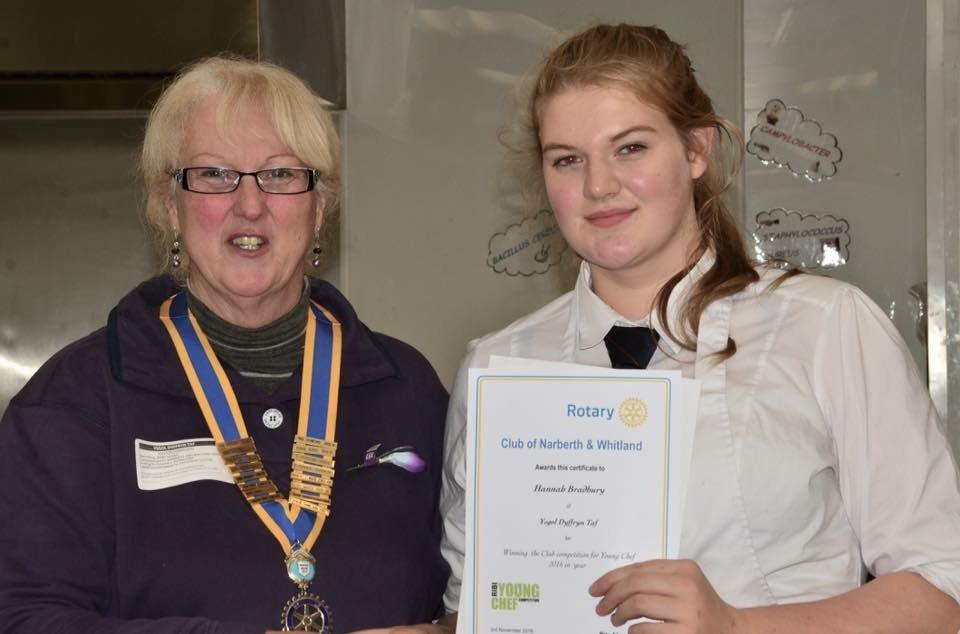 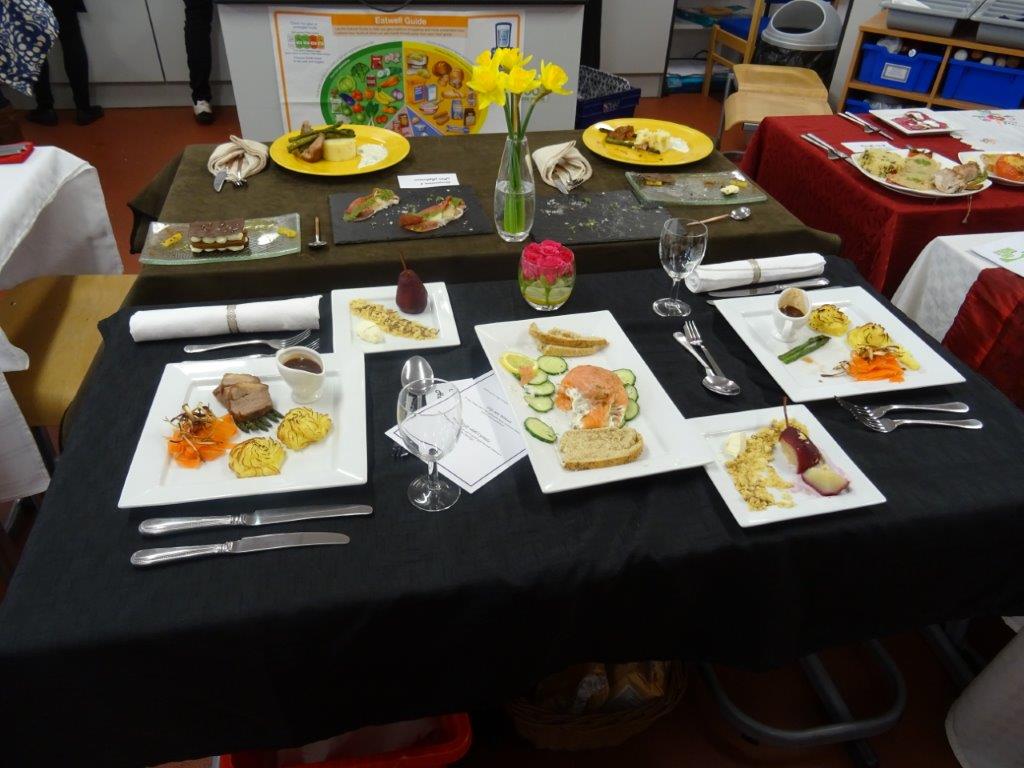 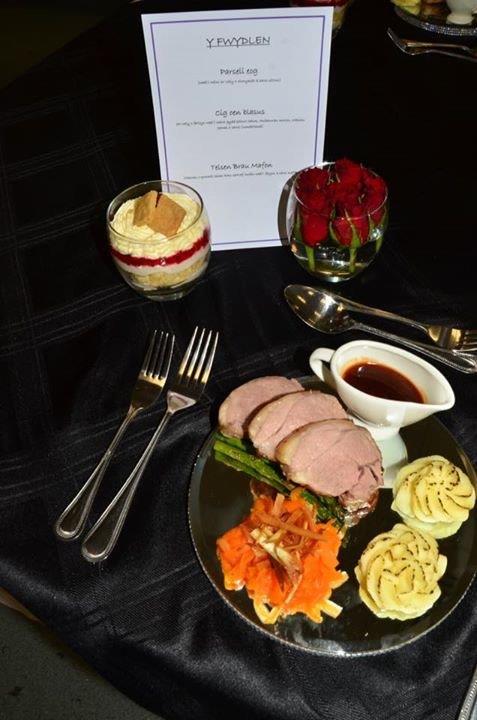 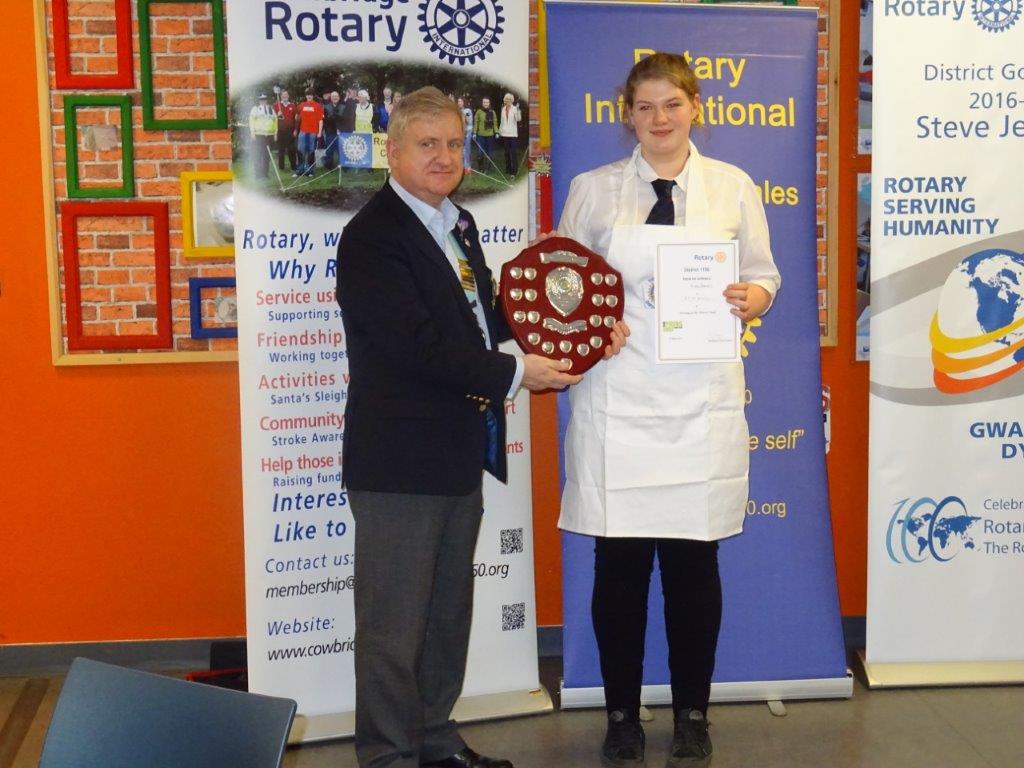 The competitors represented the areas of the Rotary District that covers Mid, South and West Wales. The competition required youngsters between 11 and 17 to prepare and serve a three course meal for two people in two hours and costing less that £15.00

In announcing the winner, Chief Judge Stuart Spicer said “the overall standard was again extremely high and first place was very difficult to decide”. The winner was Hannah Bradbury of Narberth who was sponsored by the Rotary Club of Narberth and Whitland. Hannah is a student at Dyffryn Taf, Whitland and her choice of menu was outstanding.”

Stuart added that the preparation, cooking and presentation of her meal “blew the socks of the judges”. Hannah, together with runner up Hope Wilkinson of Llanharry, who was sponsored by the Rotary Club of Cowbridge, will now go forward to represent Rotary District 1150 in the Regional Final to be held in two weeks in Rugby.

Hannah was presented with the winners shield by Rotary District Governor  Steve Jenkins.

The Rotary Club of Narberth & Whitland was represented at the competition by Rotarian Robert Elward and he has asked the club to consider sponsoring Hannah’s trip to Rugby to assist in her travelling expenses.

A selection of Hannah’s culinary skills are shown in the photographs and they show very professional standards of presentation. The President of The Rotary Club of Narberth, Mary Adams, accompanied Hannah in an earlier local competition and is confident that the club will want to assist this Pembrokeshire student in furthering her career in catering to such high standards. 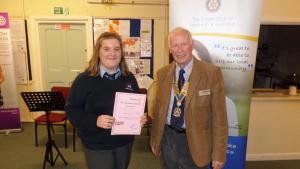 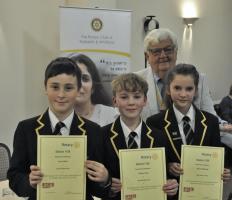 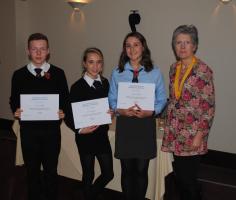 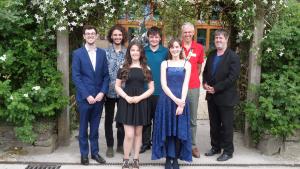 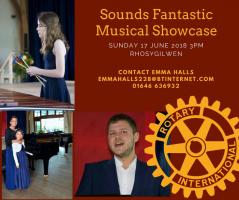 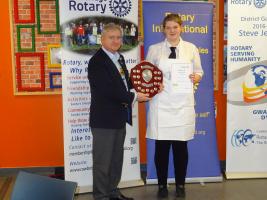