Walk and BBQ at Jim and Beryl's Home.

Walks for the energetic on the beautiful Pennington Marshes before the BBQ . 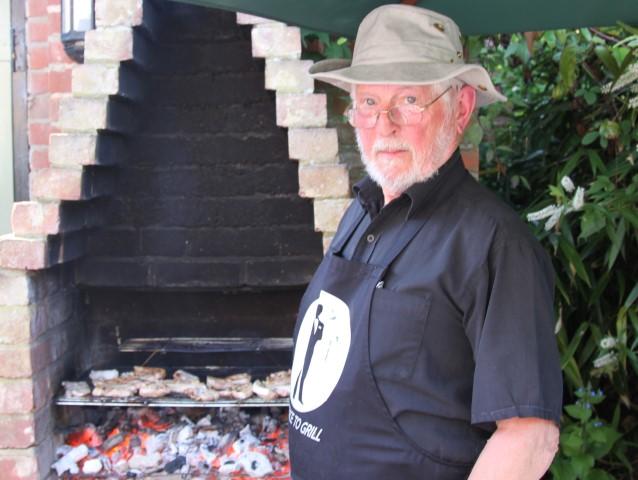 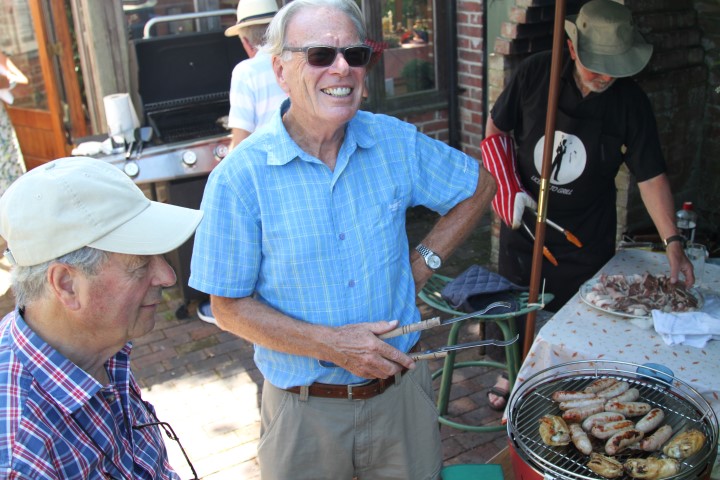 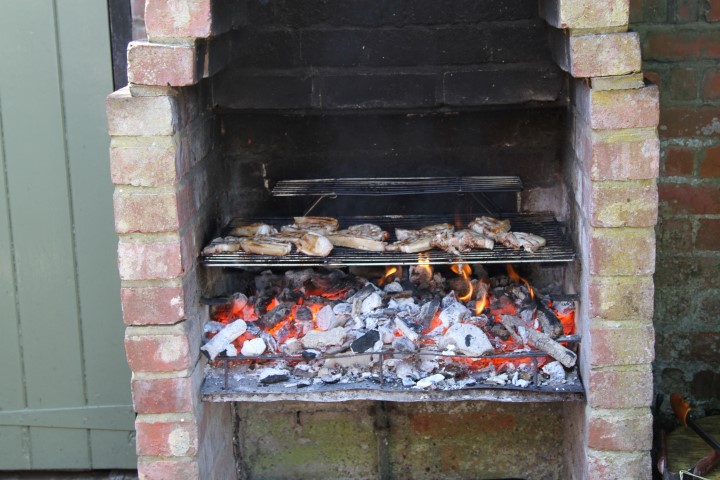 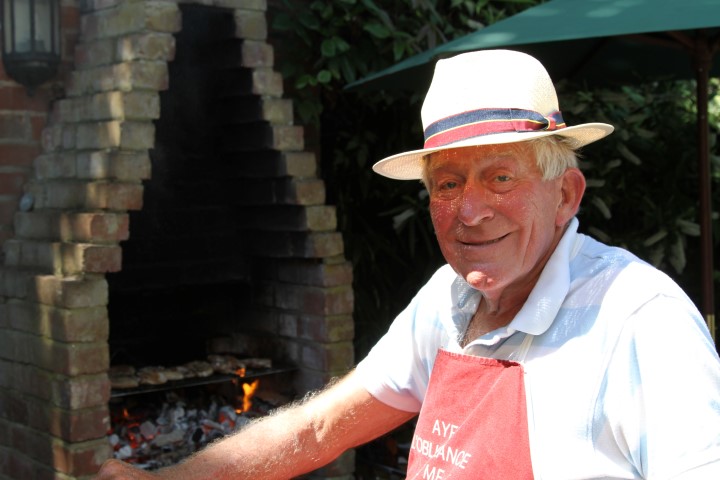 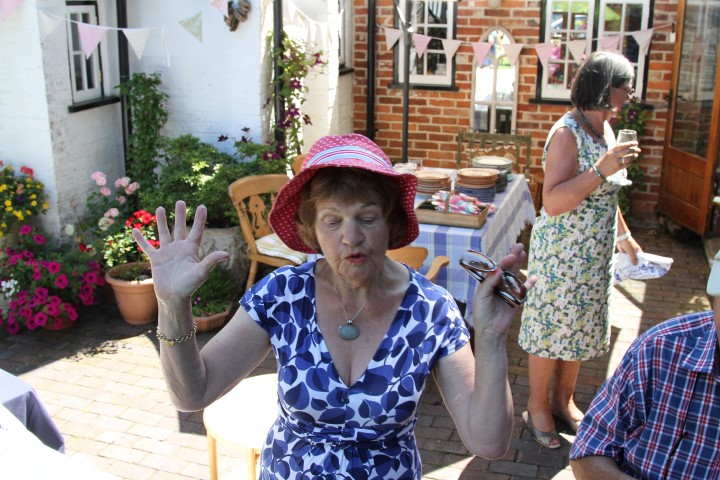 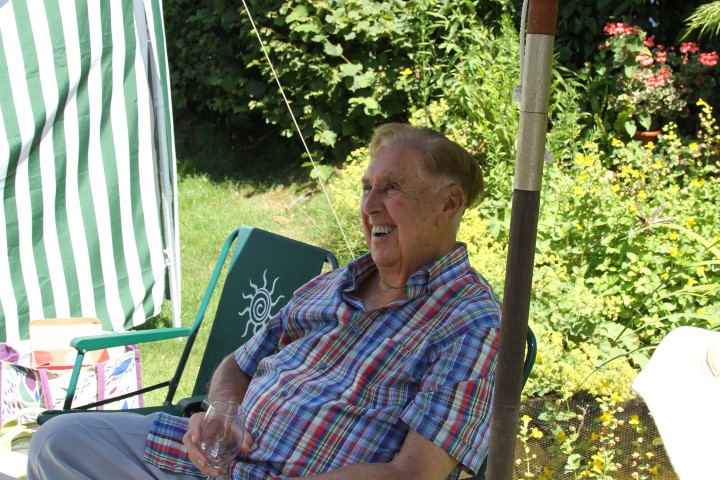 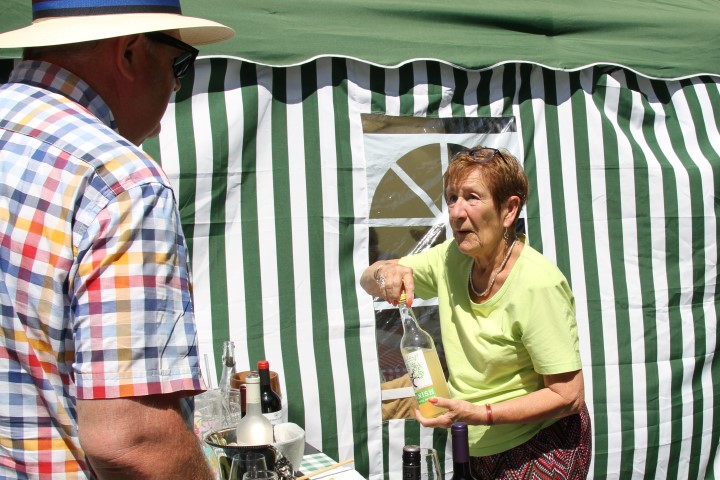 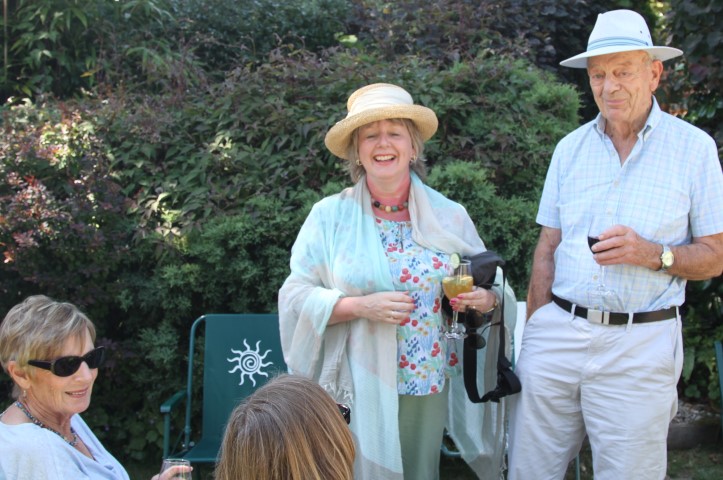 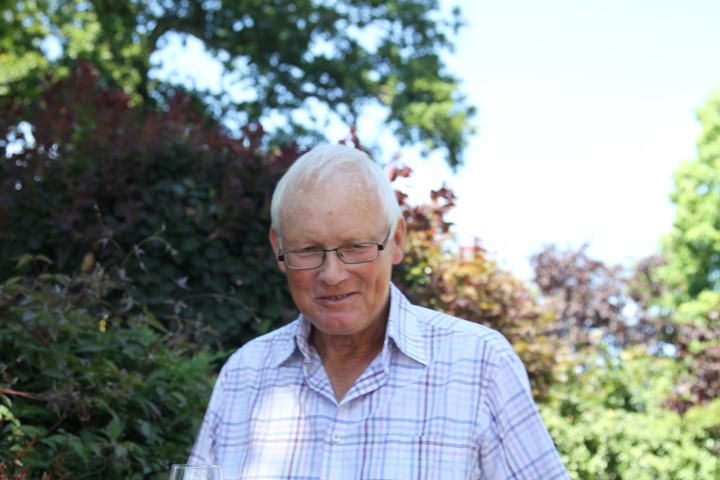 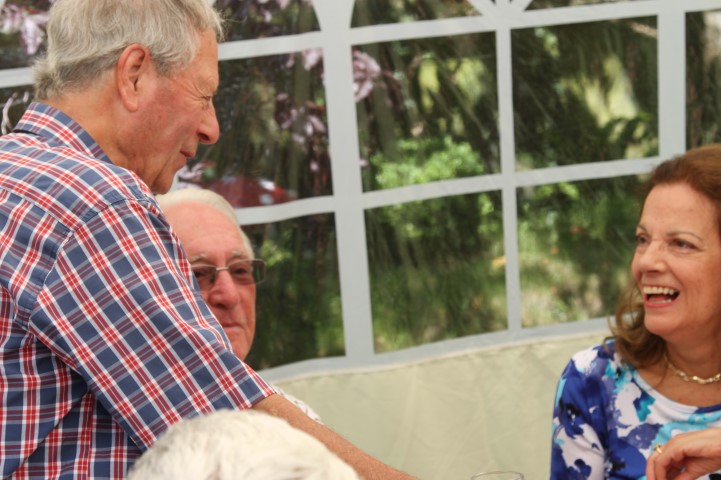 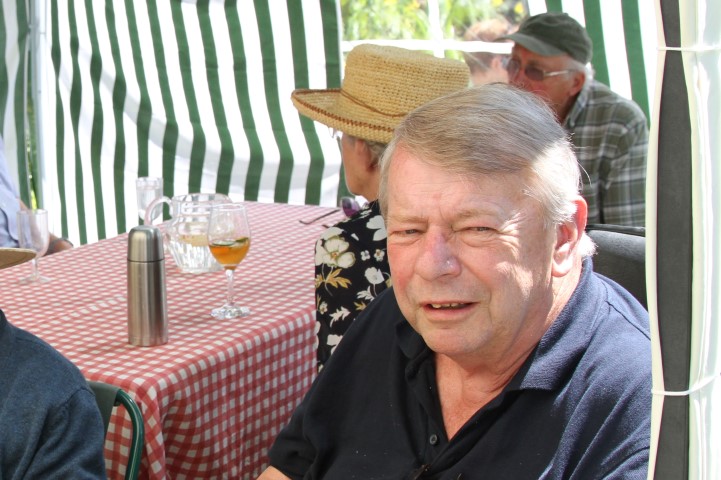 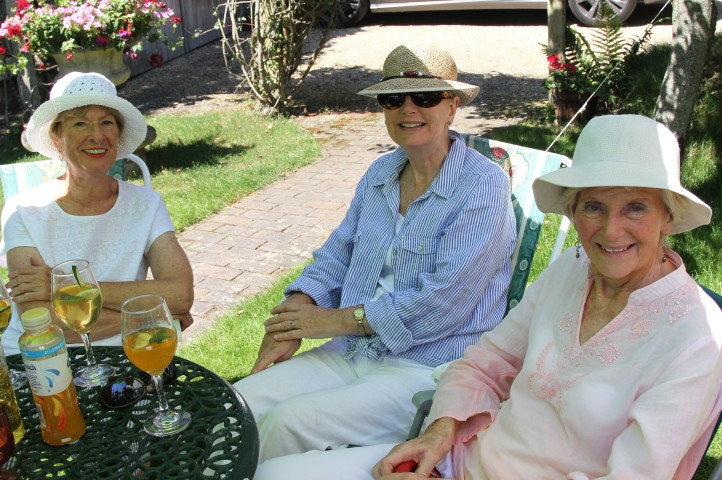 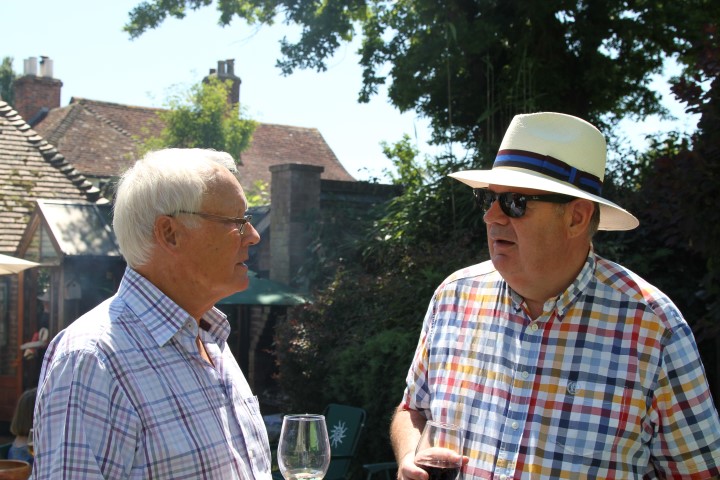 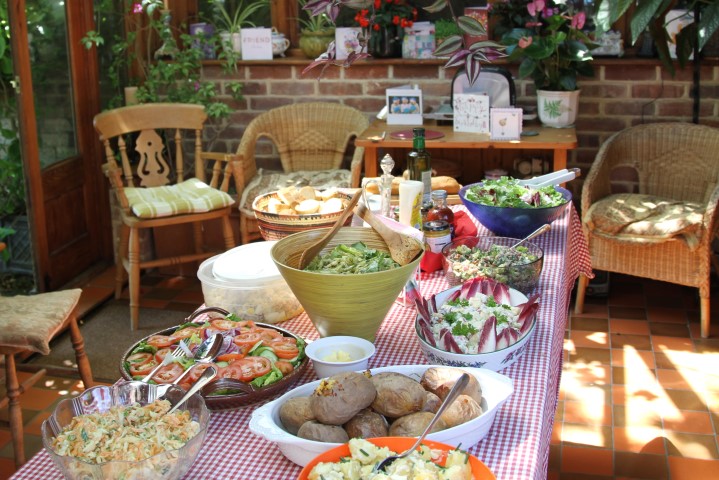 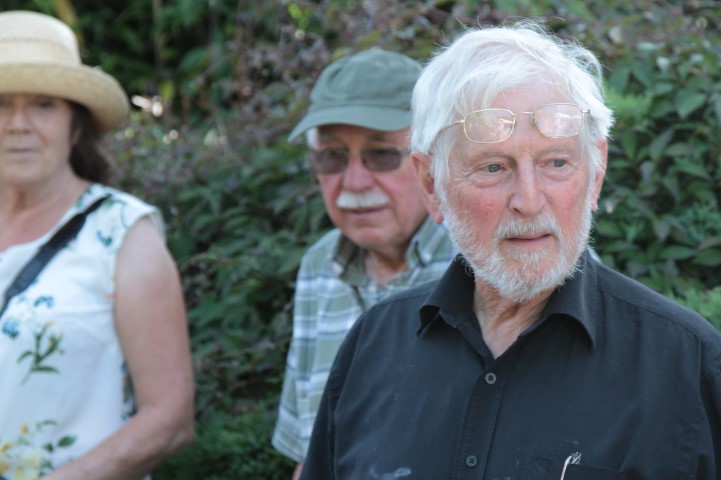 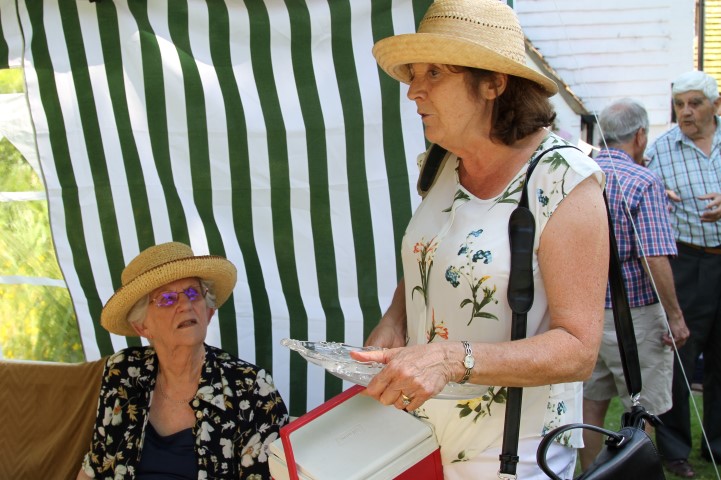 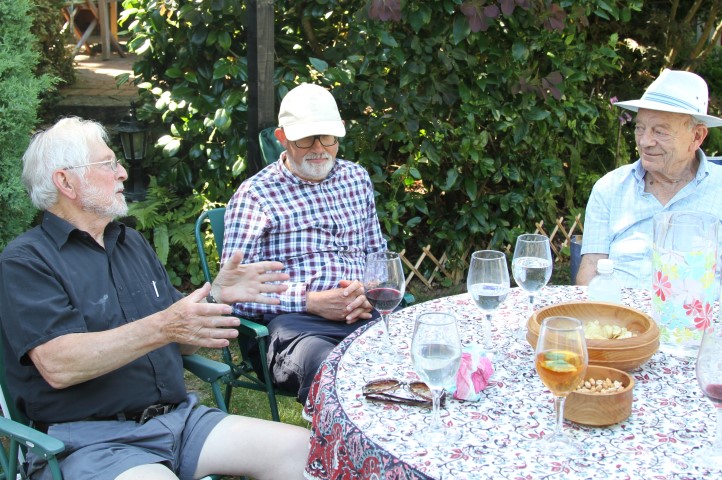 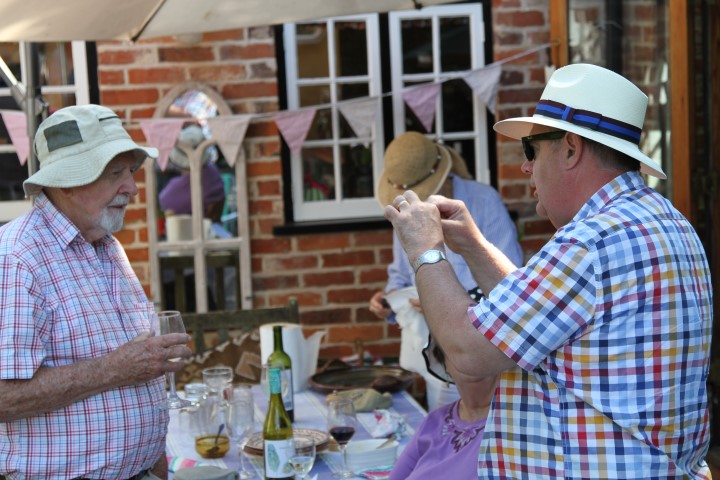 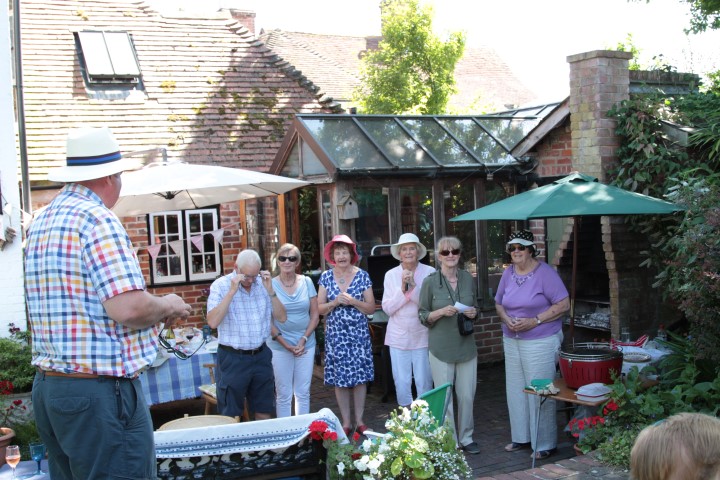 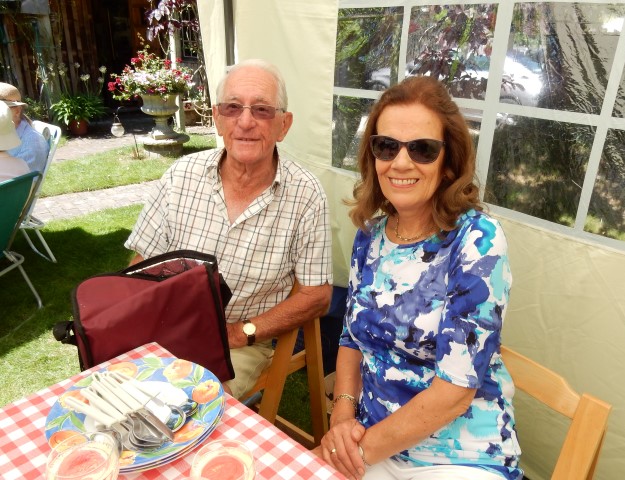 PHOTOS THANKS TO  RAY DAWES.

What a glorious day! Brilliant cloudless sunshine and the temperatures creeping up to nearly 30.

Jim and Beryl had a much higher number of guests than in previous years and had 47 people on the list just before the day. Emergency measures were called for and Mike Clarke and his BBQ were 'volunteered' and then Jim set off early on the day with his trailer to collect John Robinson's BBQ from Lyndhurst. All were fired up before the five walkers returned and the heat around Jim's BBQ area rivalled that of a blast furnace with the three perspiring 'chefs' getting stuck into the bangers, belly of pork, lamb and chicken pieces.

The garden looked a treat and, before the guests arrived, two large gazebos had been erected providing shade and chairs and tables covered the grass. Frank and Freda were in charge of the bar and set about mixing jugs of Pimms which proved extremely popular.  Nearly forty diners arrived including President Tim with Tina and Tim's parents. Surprisingly five people failed to appear at all with no explanation.

It was a thoroughly enjoyable afternoon with relaxed mingling and conversation and more than a little munching through nibbles, BBQ food, baked potatoes and a super range of salads and cold platters, then some wicked creamy desserts and finally cheese. It was not hard work.

Well done all involved and a huge thank you to Jim and Beryl.