Changeover meeting when new office-bearers take up the reins. 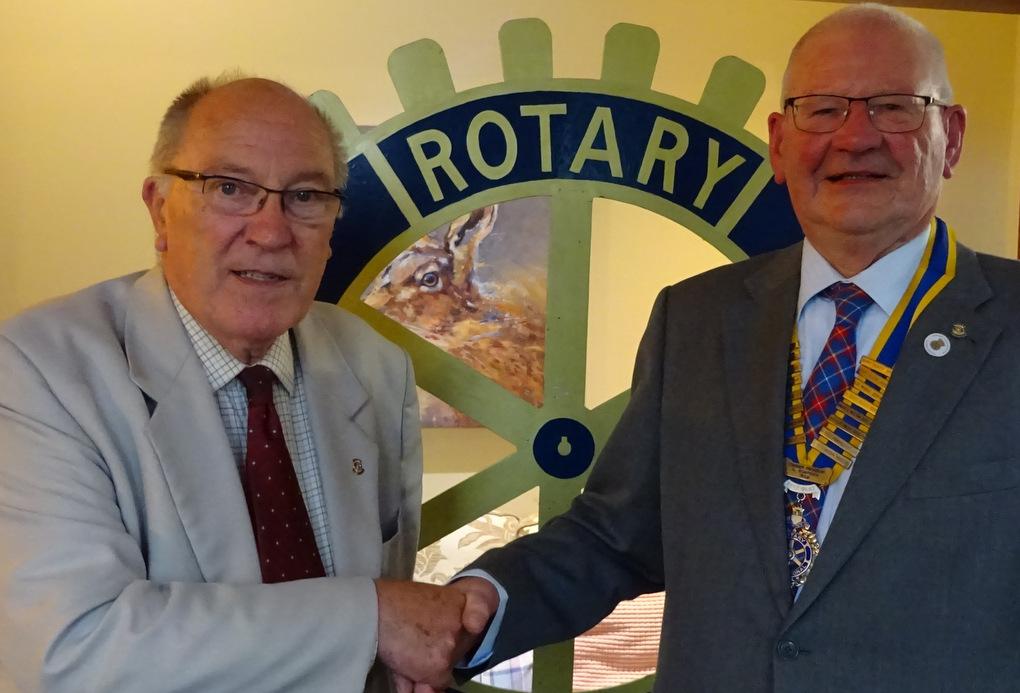 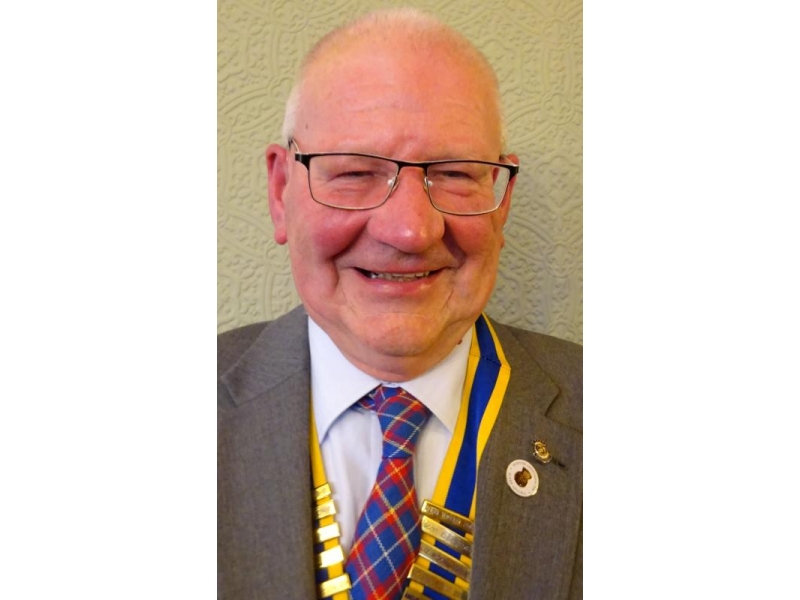 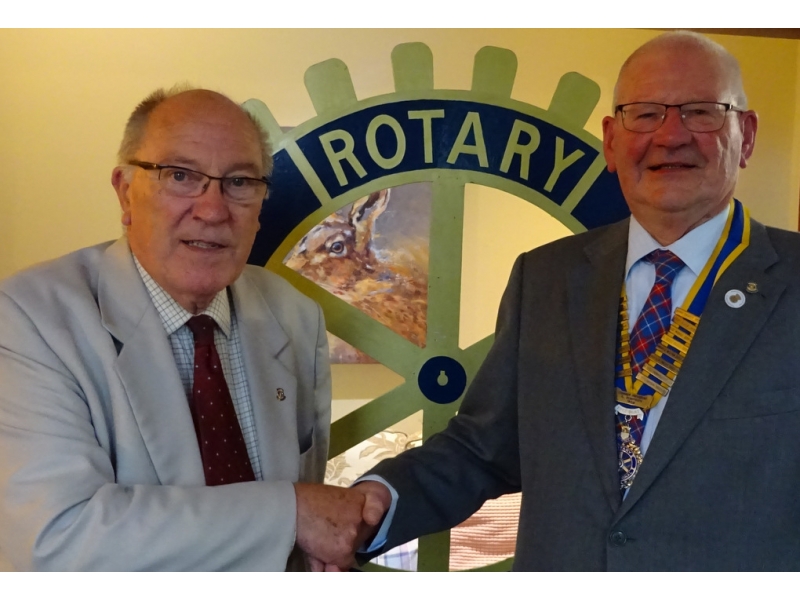 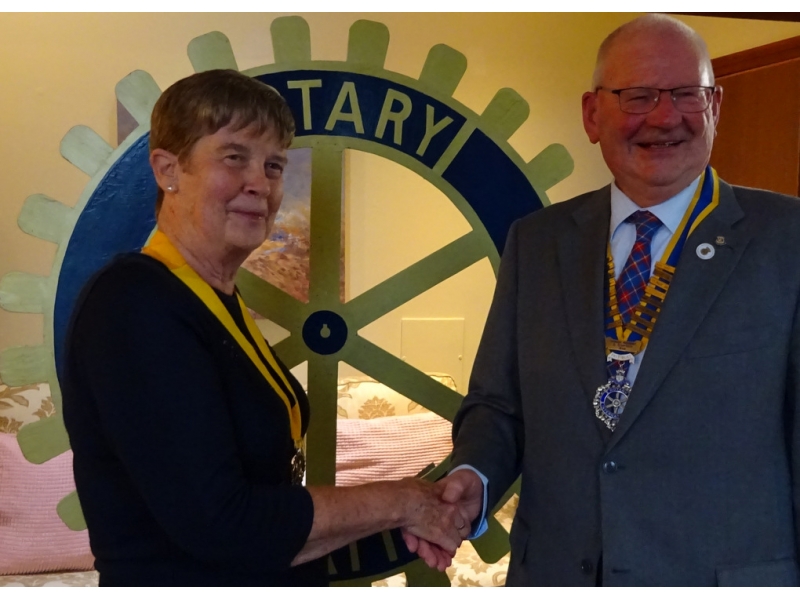 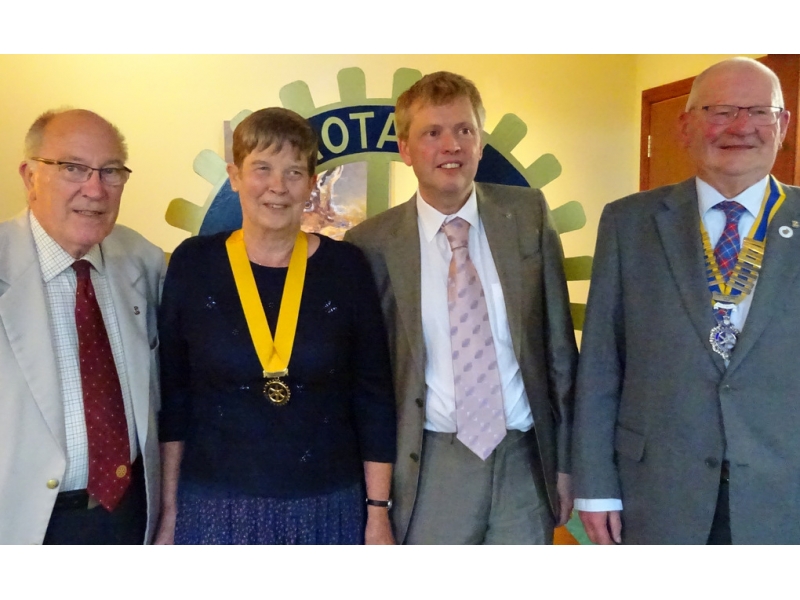 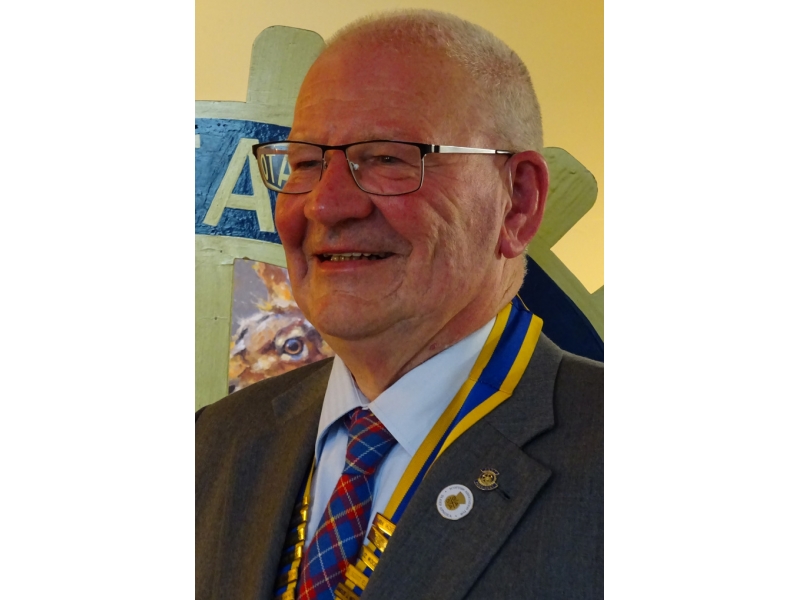 History was made at the Rotary Club meeting last week when Scott Elliot was installed as President for the coming year for his third term of office, previously having been President in 2009/10 and 2013/14.  Retiring President Jim Walker handed over the Chain of Office and wished Scott another successful tenure.  He reflected on his past year and said he thoroughly enjoyed his time and thanked his wife Rosalyn for her support.  He expressed his gratitude to his committee convenors and the members for helping him in his year as President and detailed the highlights of his year in office.  Mairhi Trickett was made Vice President, also for a third term, and Linden Warburton took over as Junior Vice President while Past President Iain Smith stood down after serving as secretary for 8 years being replaced by Ron Smith.
The Club Assembly was then held when convenors outlined their proposals for the coming year.  Gus Neilson for Foundation stated their main target was End Polio Now and supporting the Selkirk Club on their Phillipines project.  International under Linden Warburton would continue with the micro-finance scheme for overseas aid, the shoebox scheme and disasters appeal while Community Services was in the safe hands of Kerr Scott where they would send a student on the RYLA project, help the Duke of Edinburgh Award Scheme with equipment as well as supporting local charities.
A guest of the club was Callum Thomson of the Tranent Club, a District Assistant Governor, who passed on the good wishes of District and reminded the club of the help available.
President Scott looked forward to a successful year and said there was a push-on to recruit more members and invited anyone interested, male or female, to contact Jim Walker on 01450 379769 or any Rotarian for more information.