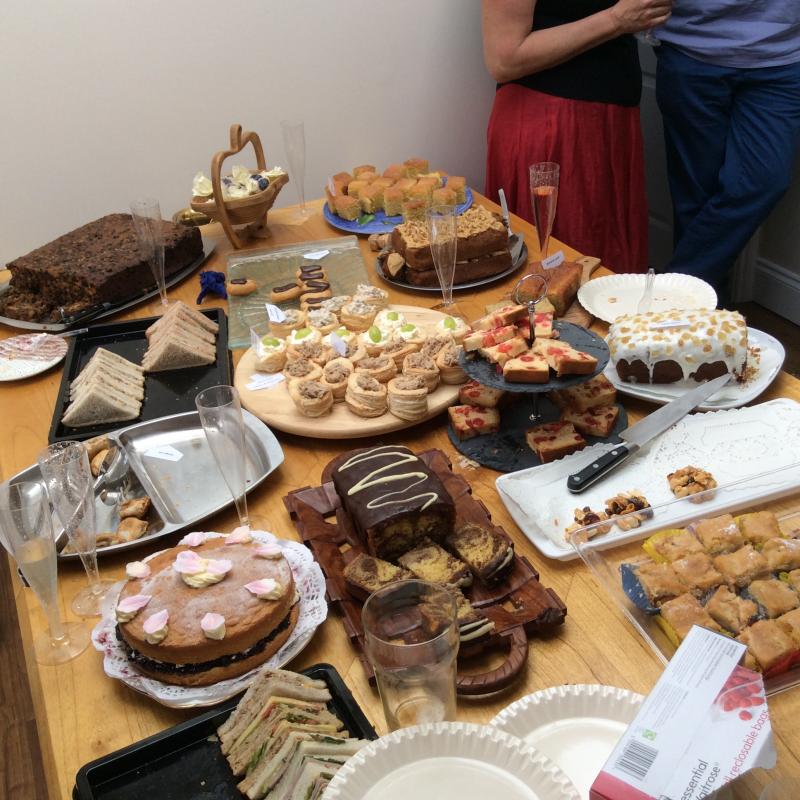 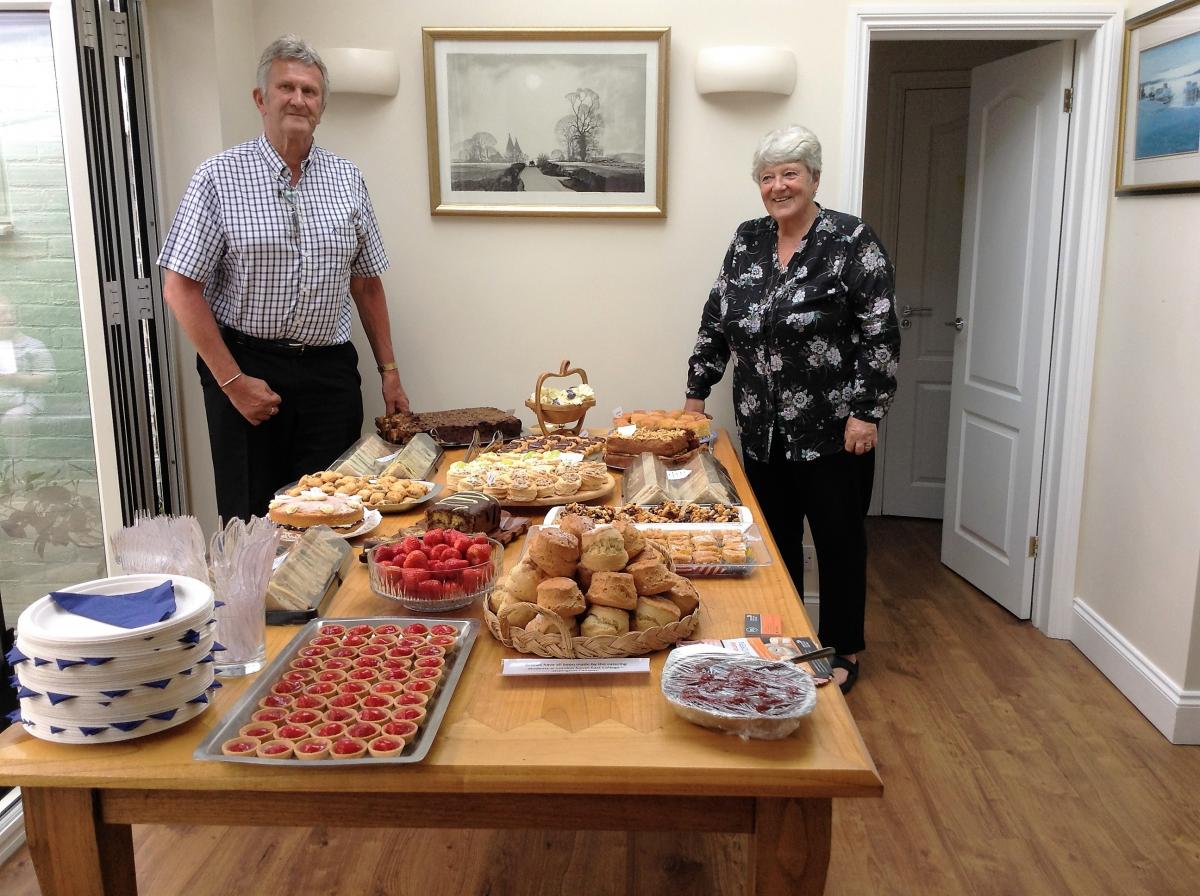 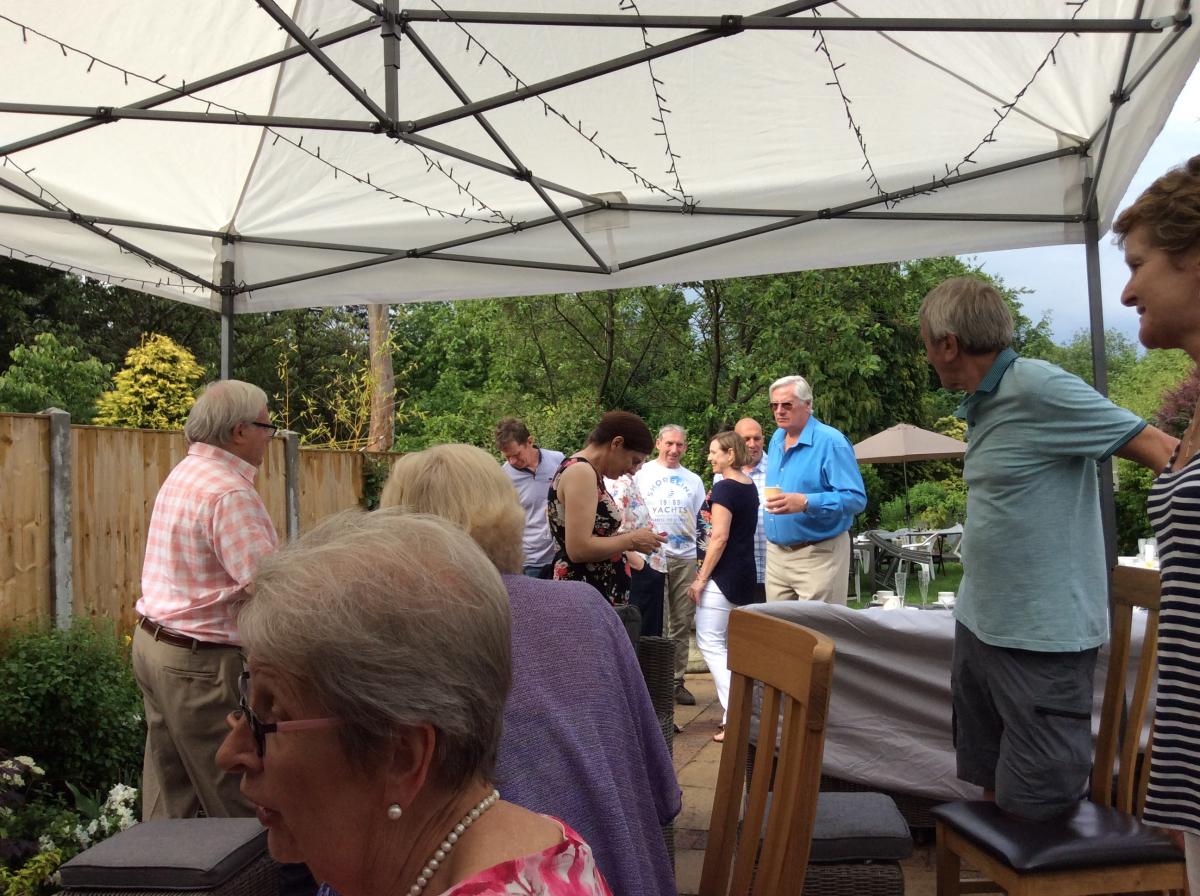 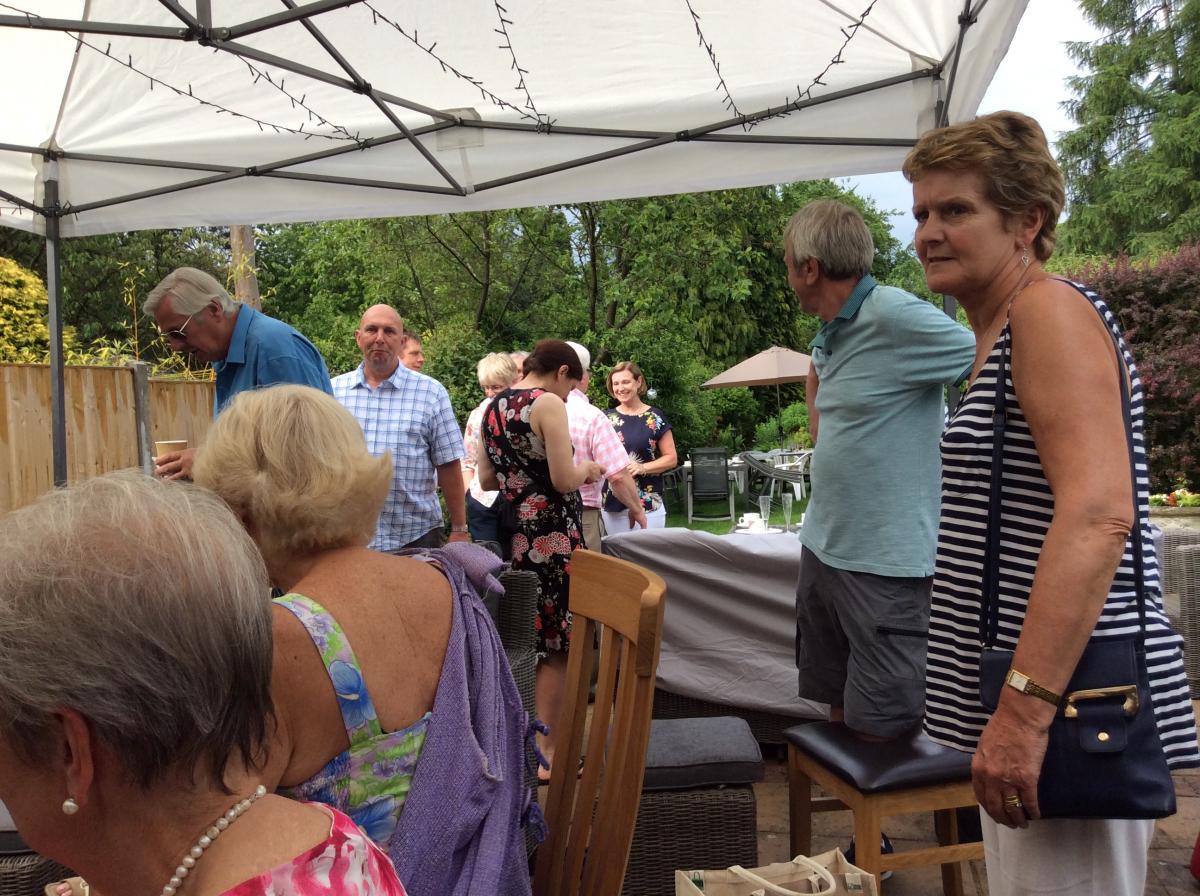 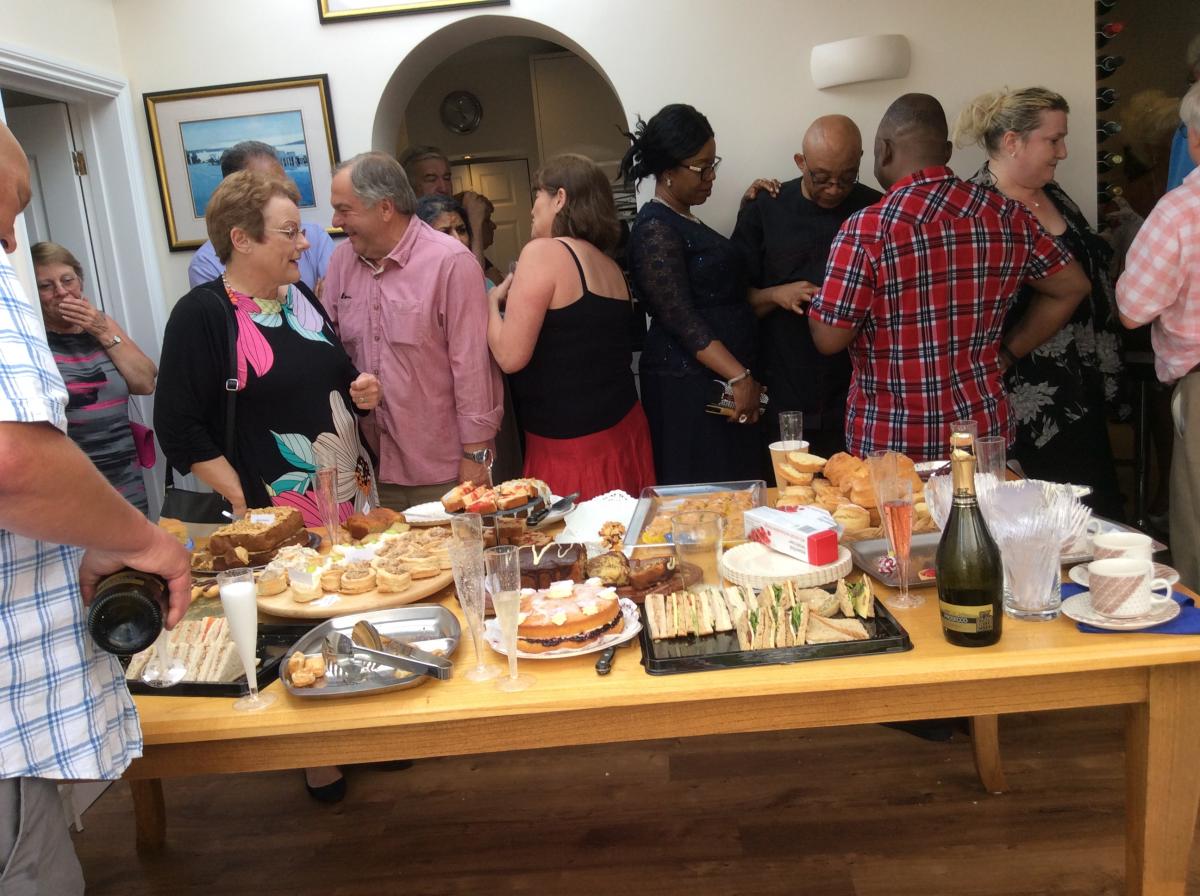 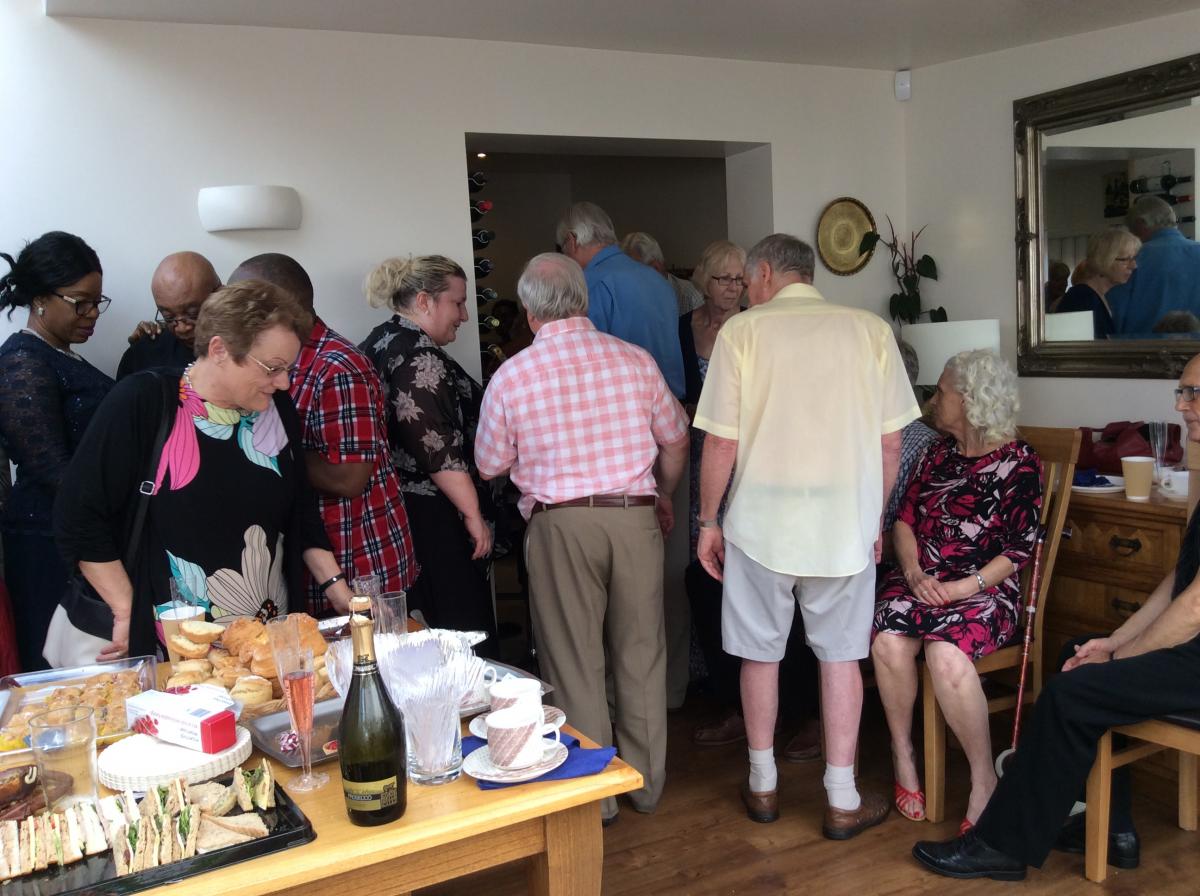 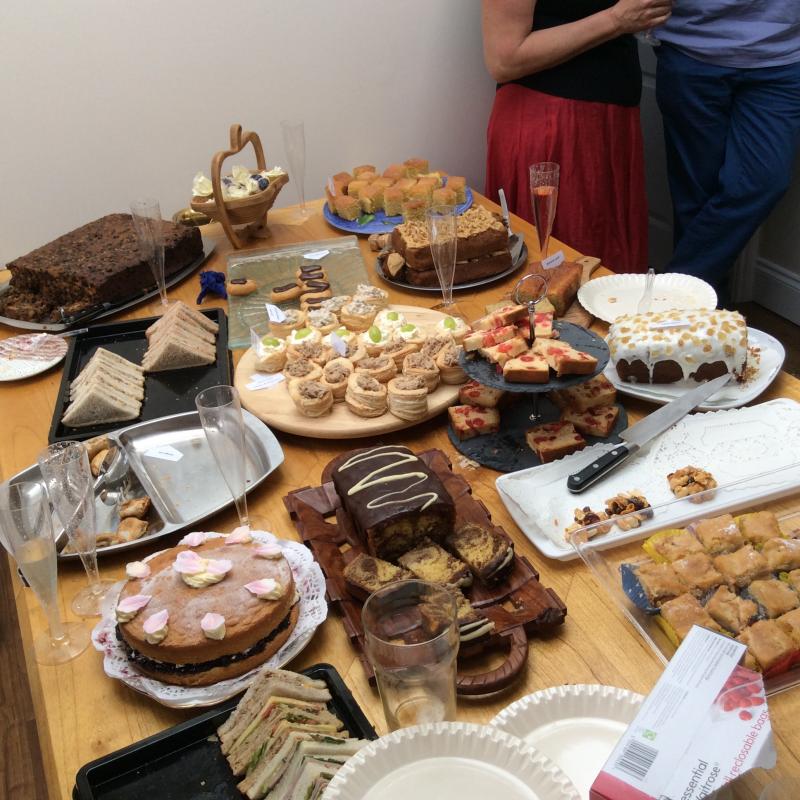 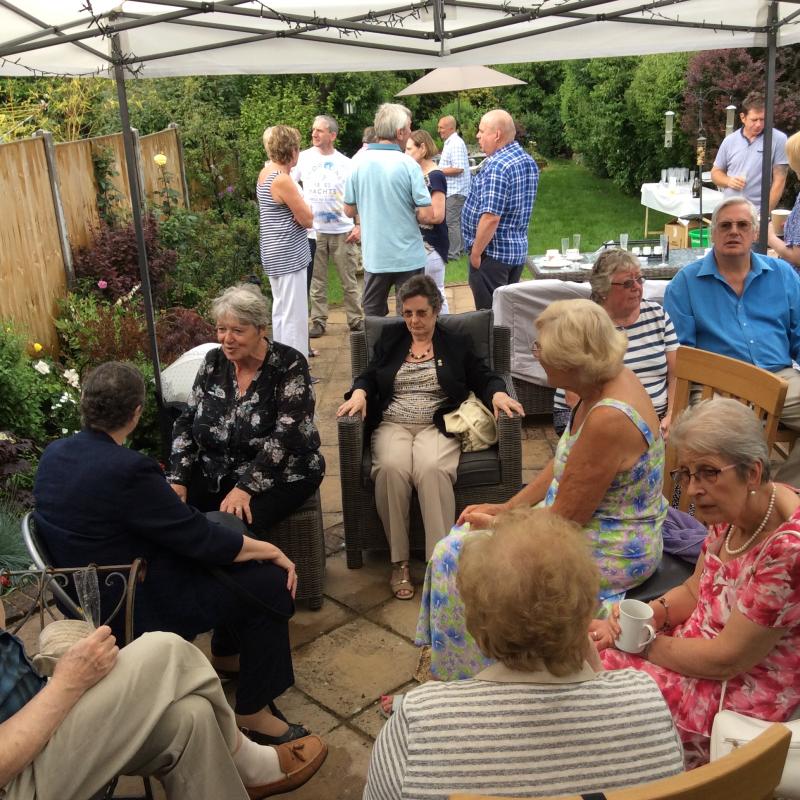 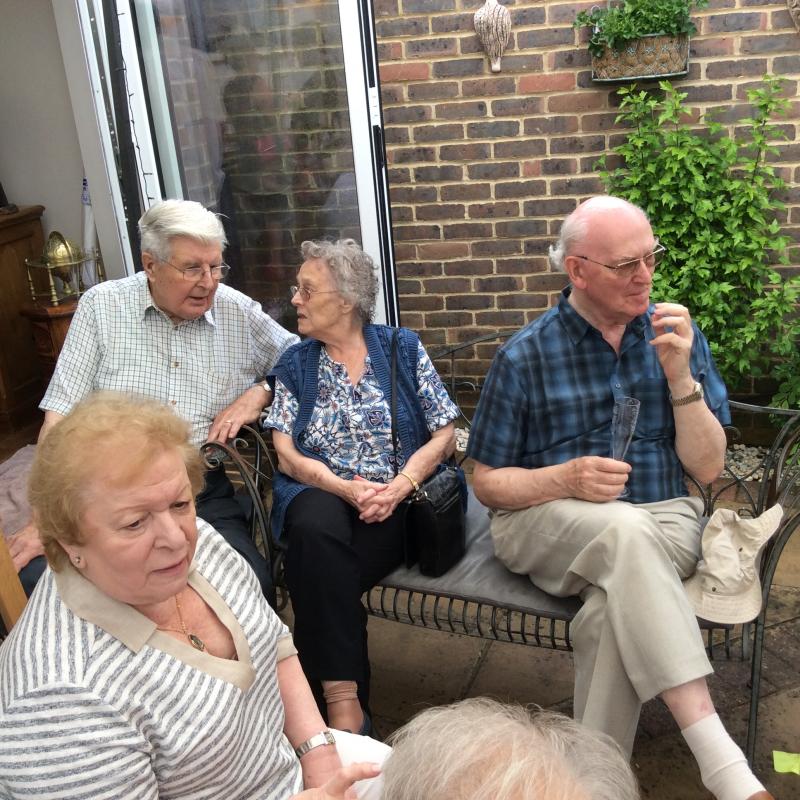 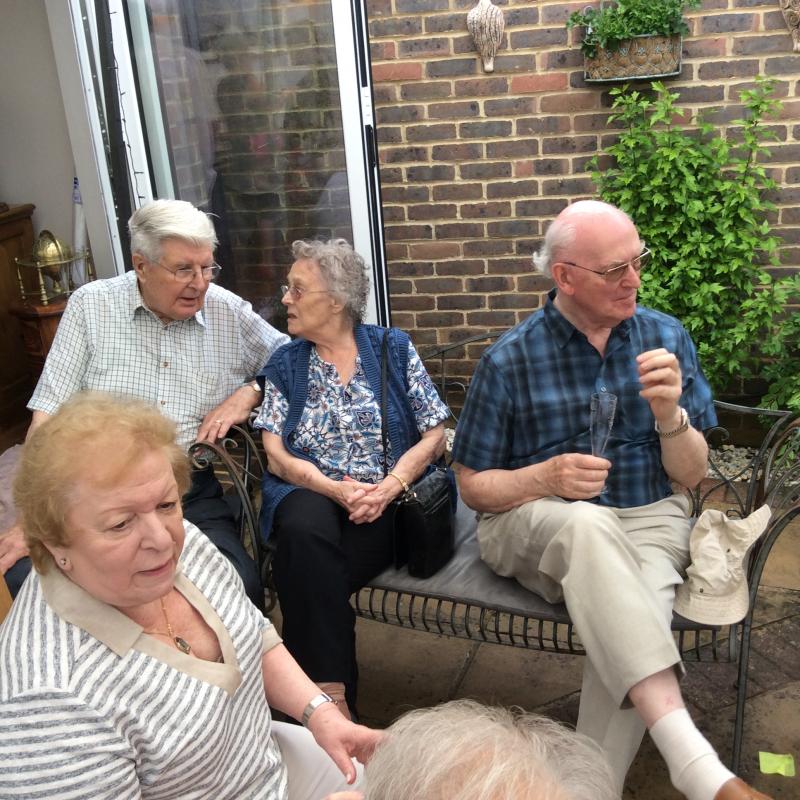 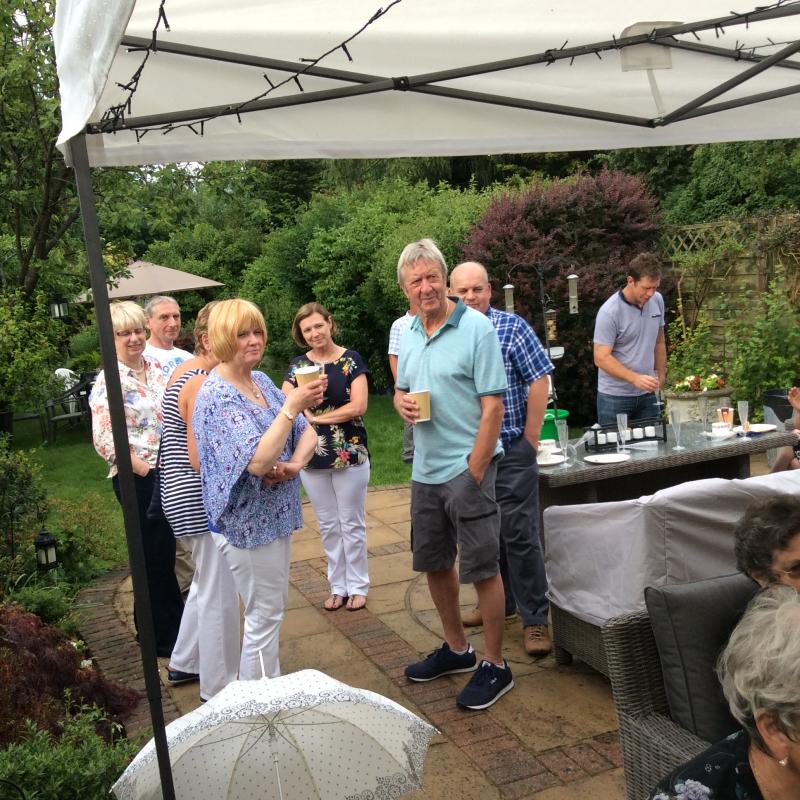 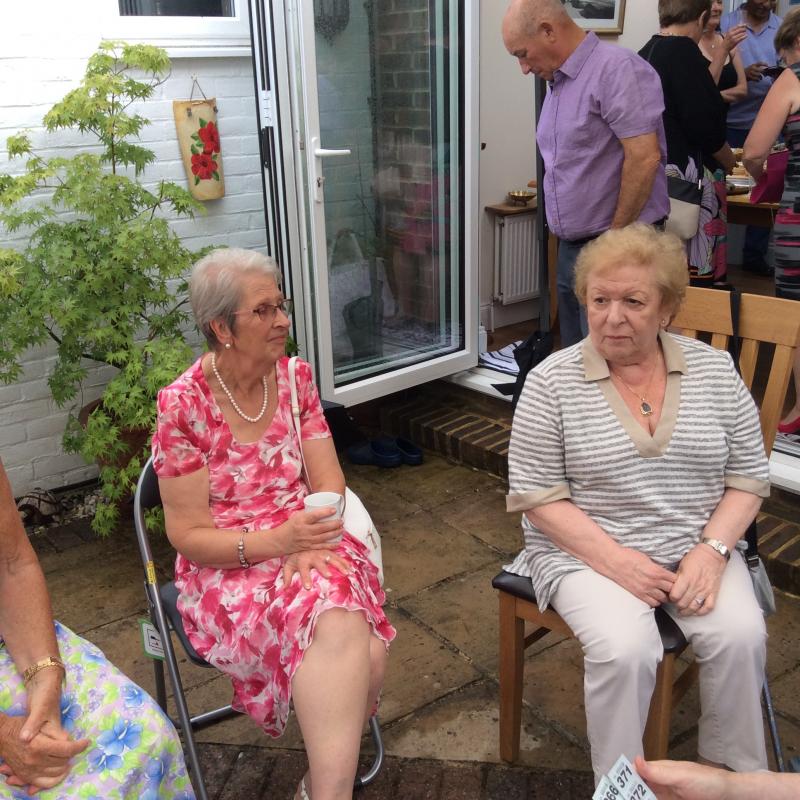 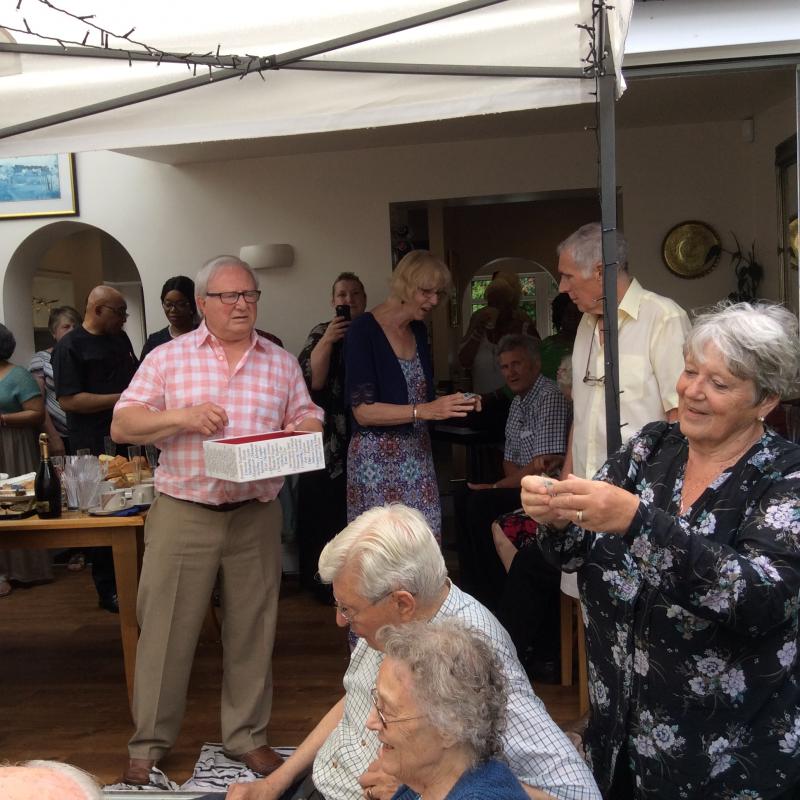 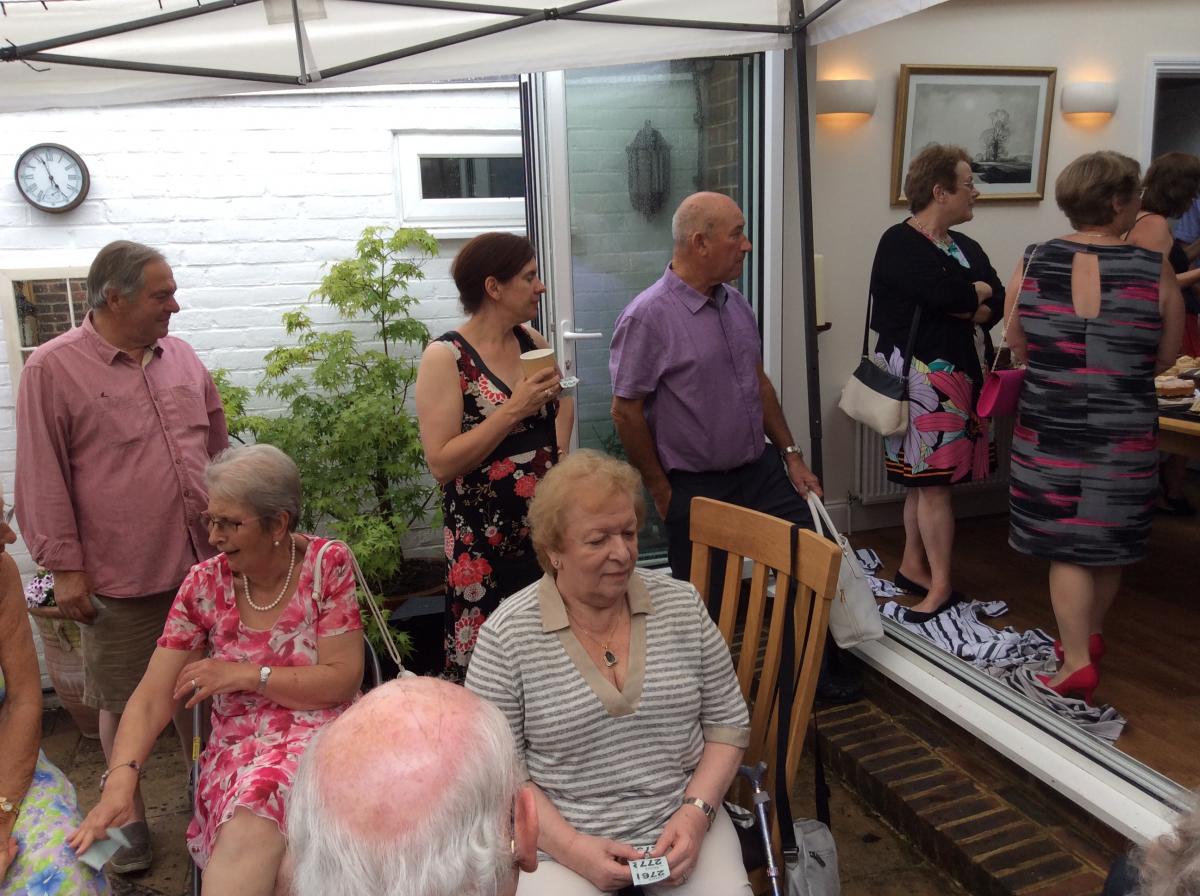 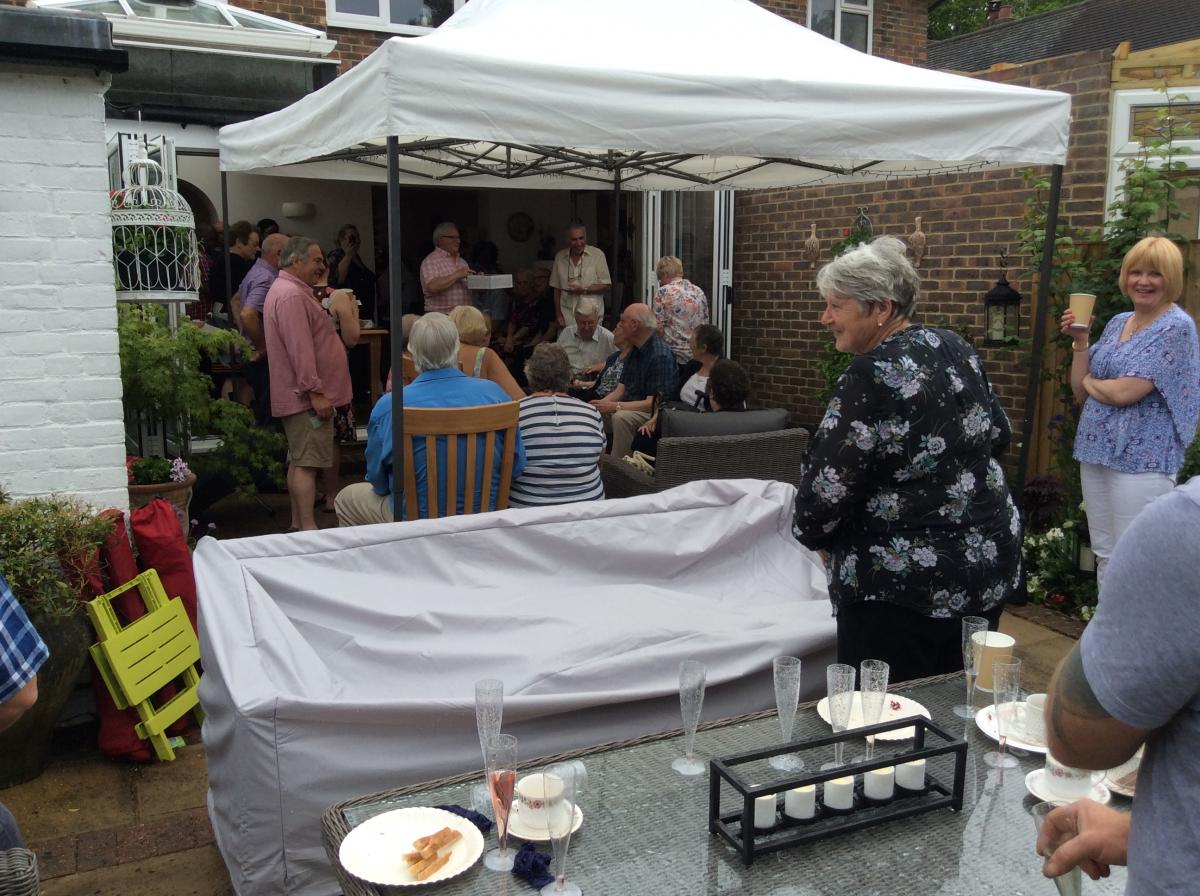 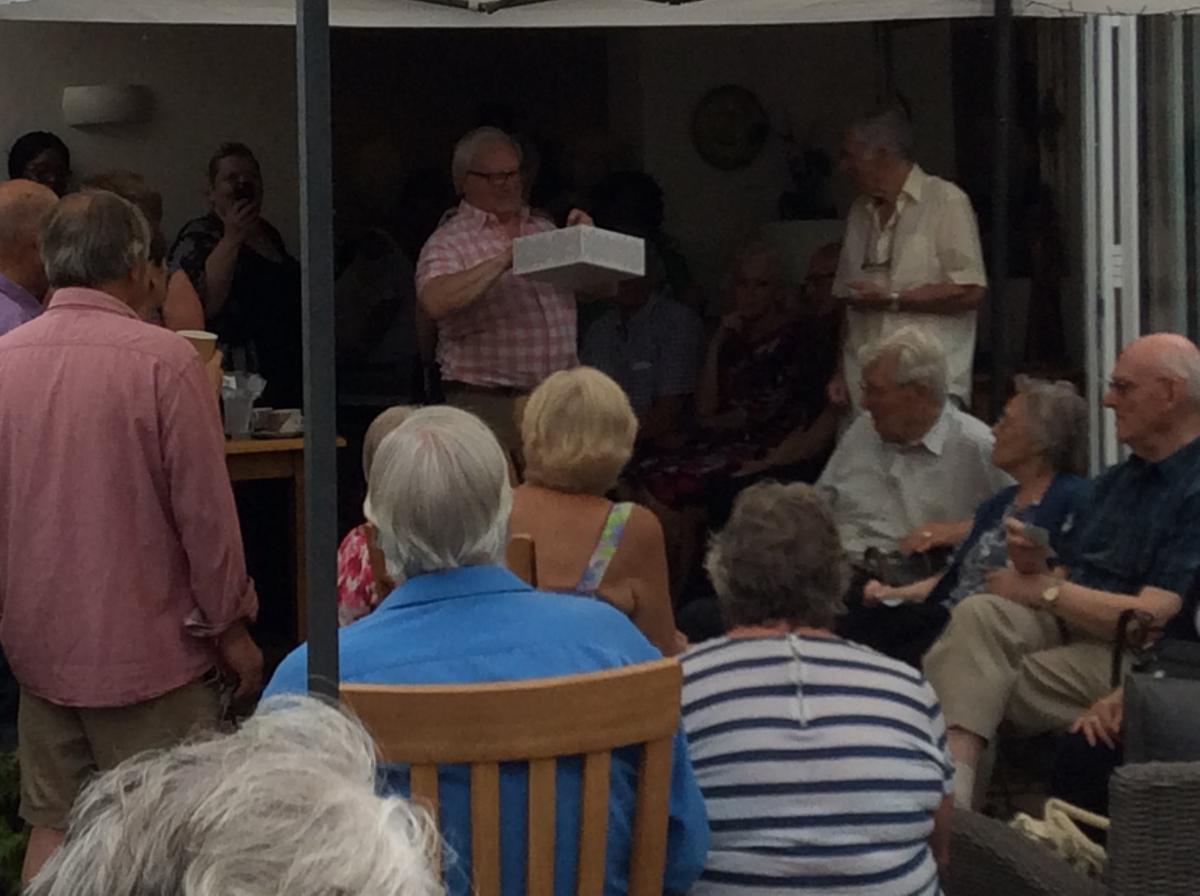 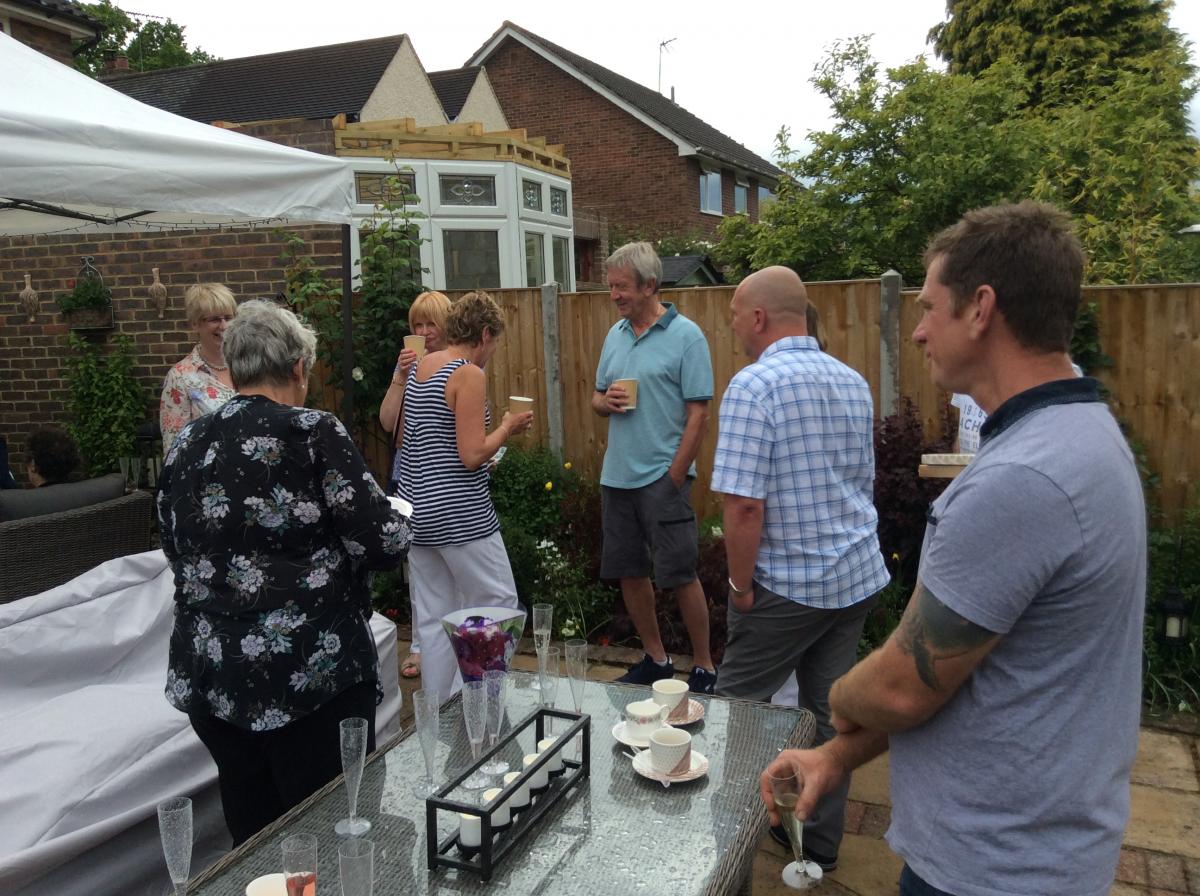 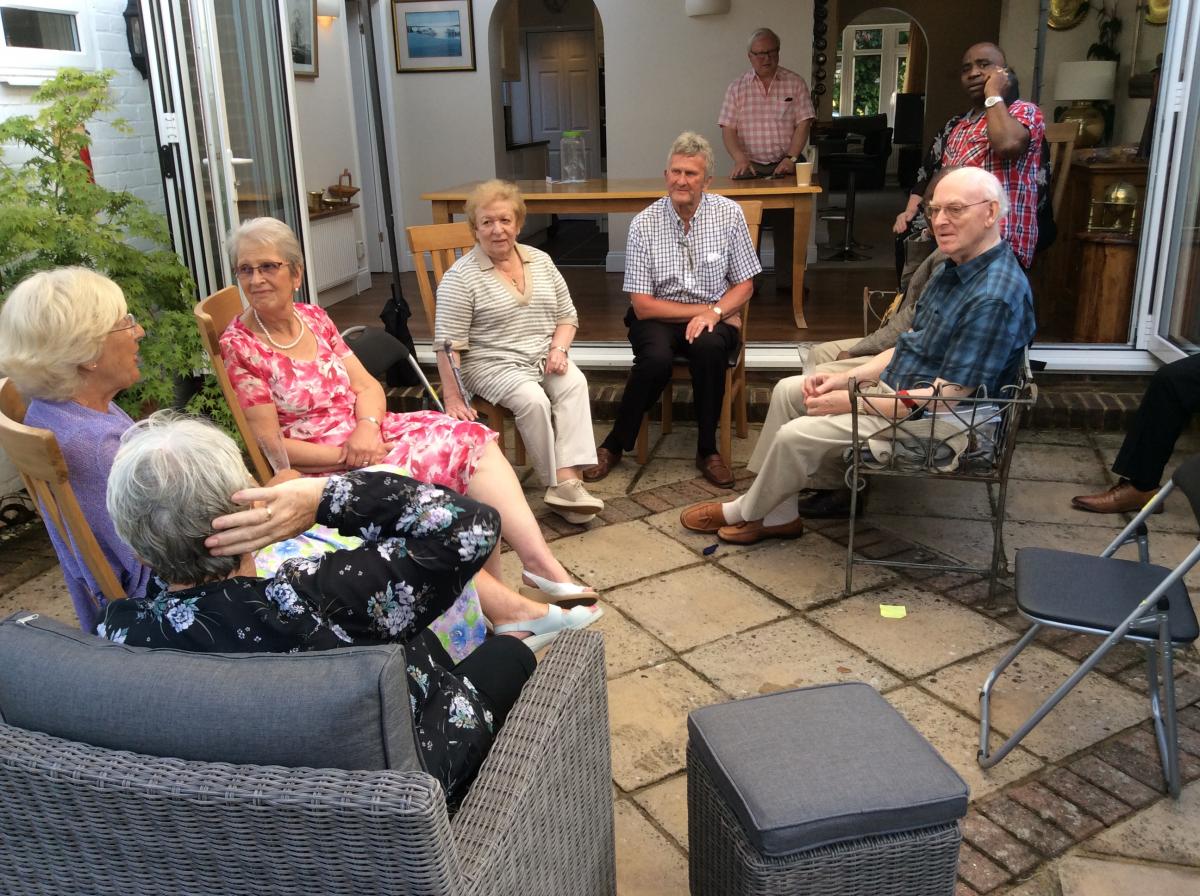 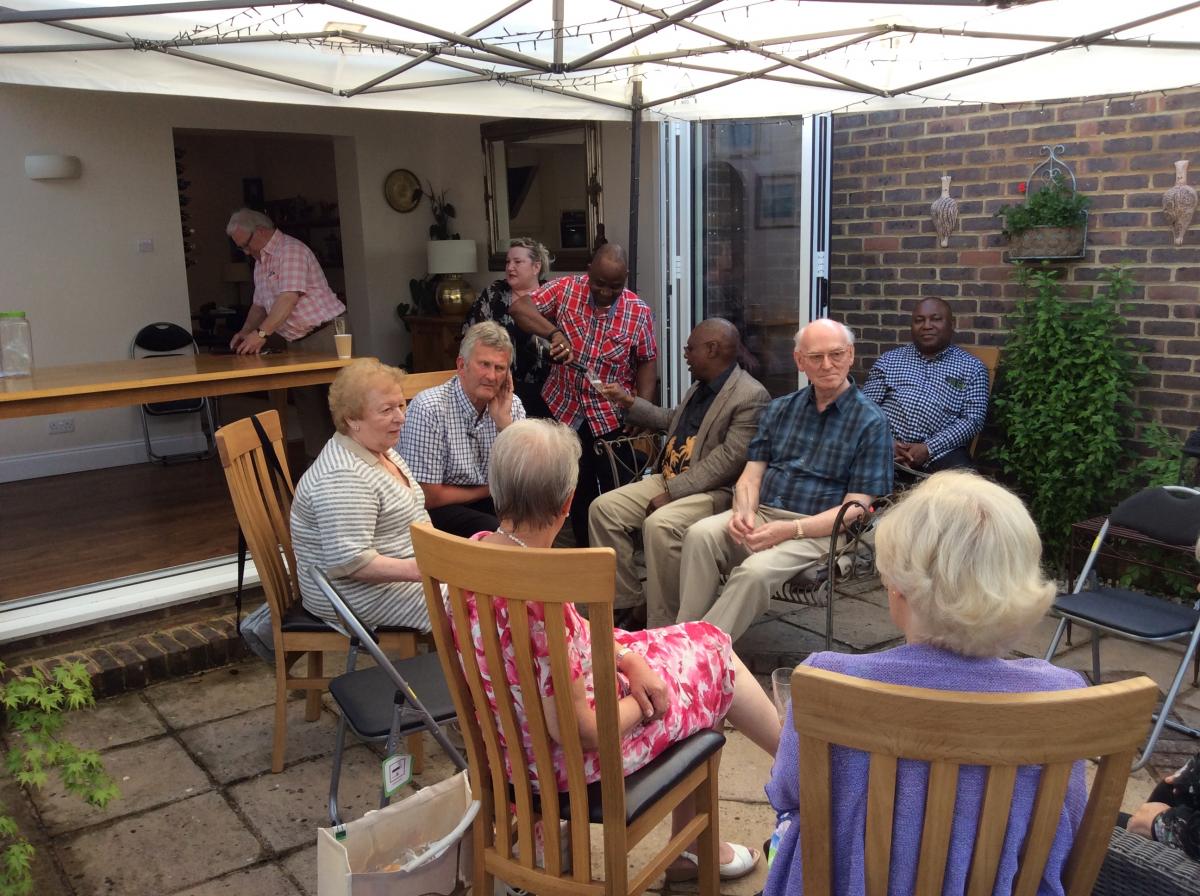 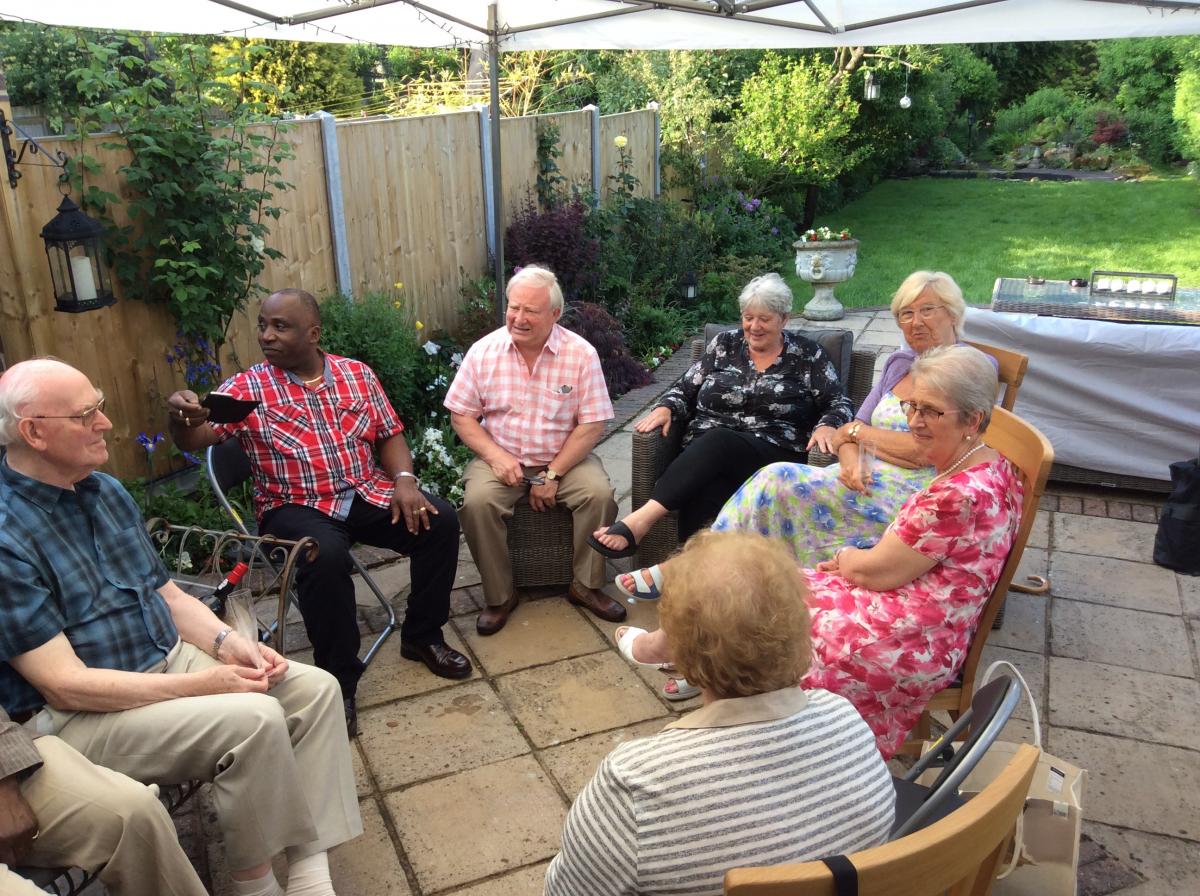 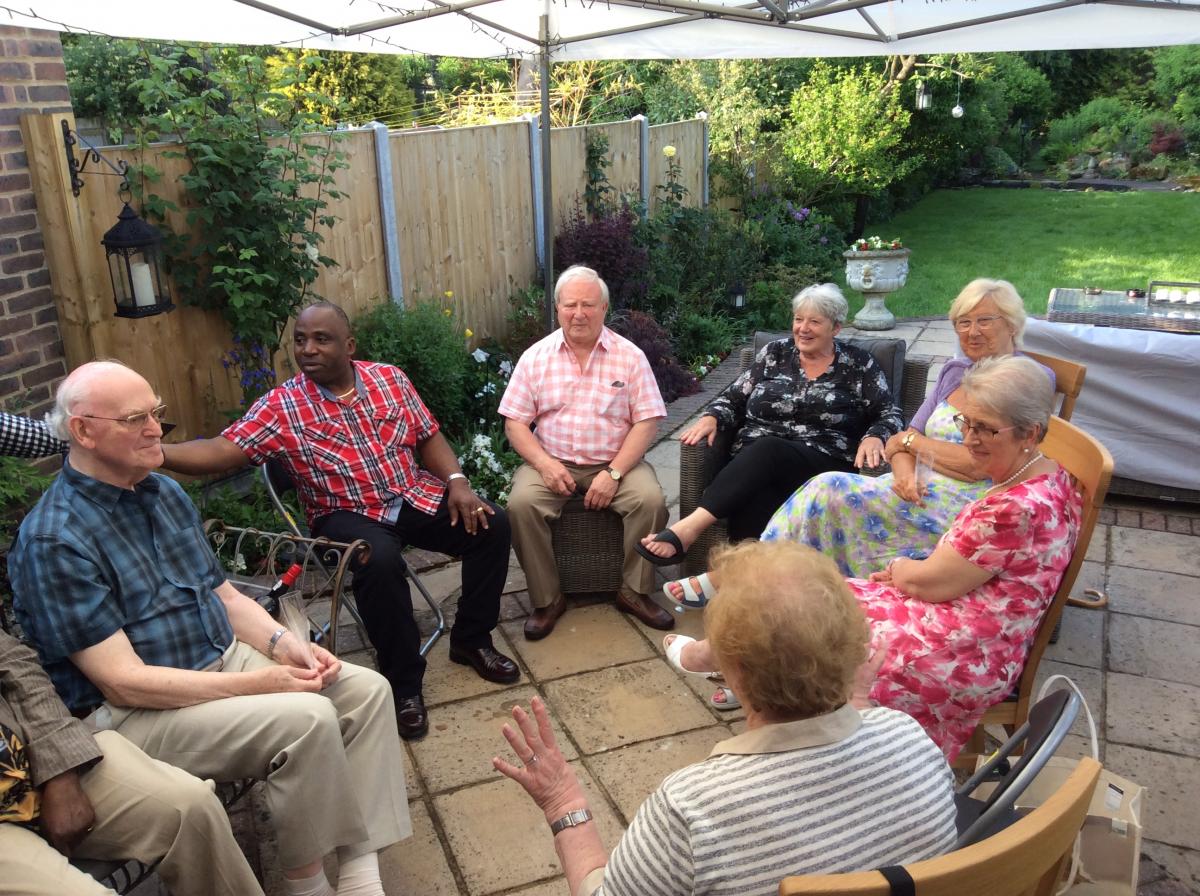 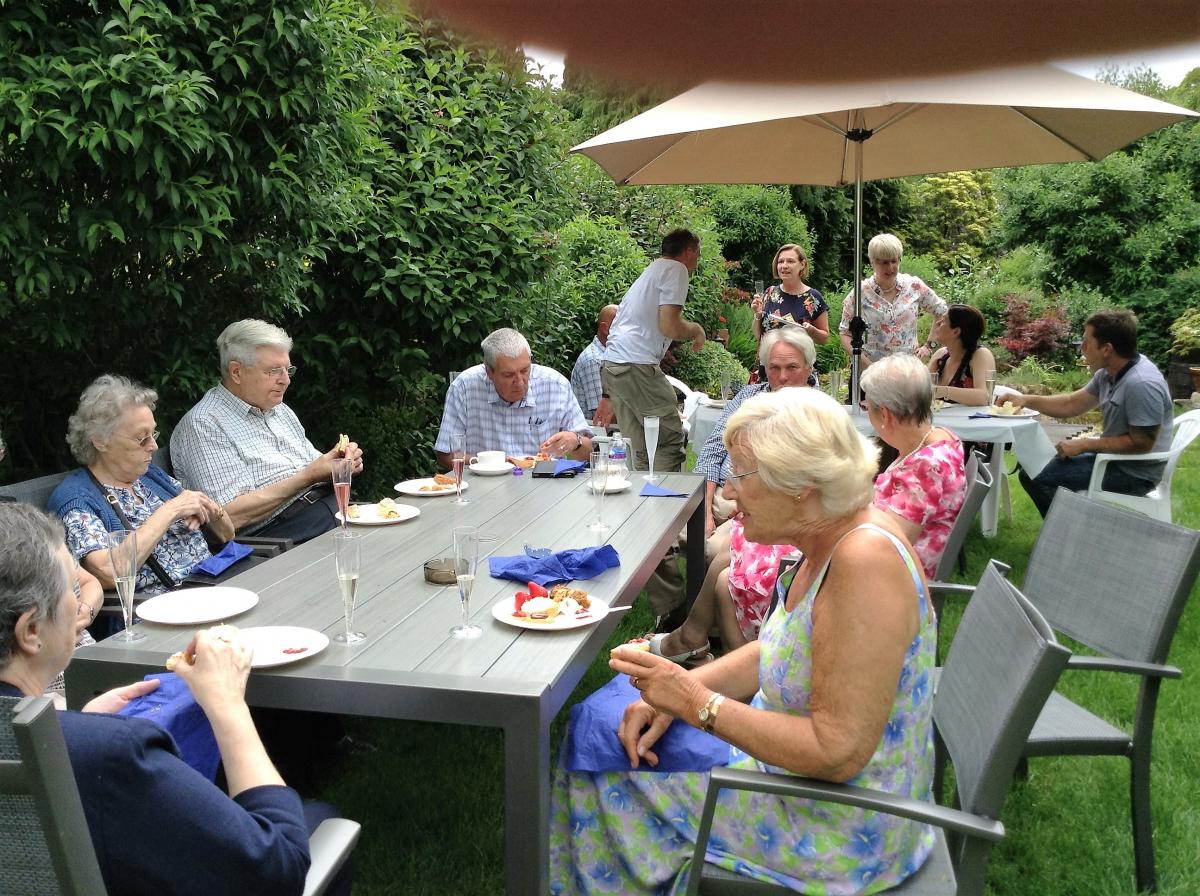 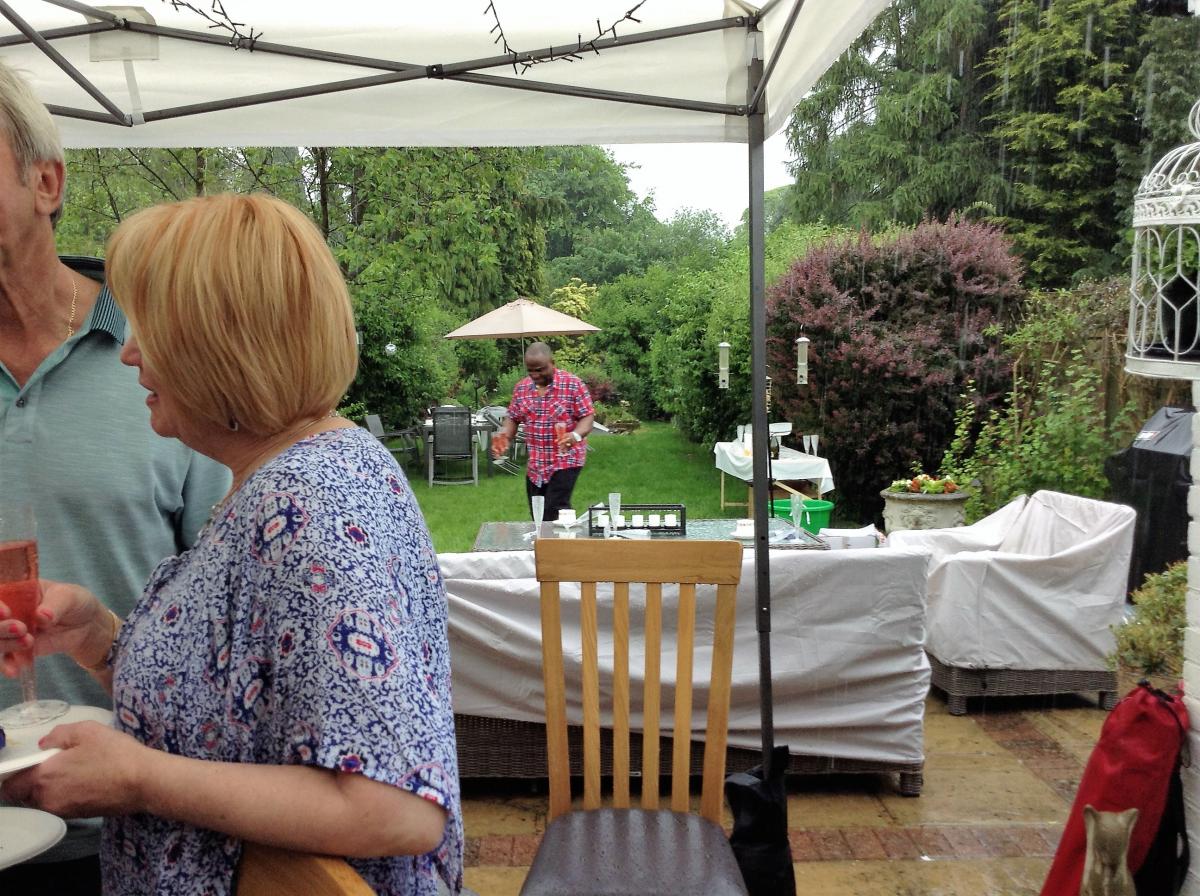 Following on the tradition of having an annual Garden Party, this year's event was held at Rotarian Pauline Eldridge's and President Elect John Smith's house  on behalf of President Tony Anaka.

This year's tea party was attended by 50 guests which included Rotarians, friends and ICare members.
Despite commencing in fine weather, the event was interupted by a heavy thunderstorm but luckily this only lasted half an hour and did not spoil the enjoyment og guests.

A raffle was held during the afternoon which raised £500 for ICare and together with the entrance fee paid by each guest a further £500 was raised for ICare making a total of £1000. Donations by Rotarians who were unable to attend will also increase the total amount to in excess of £1050.

One of the reasons this event was so succesful was the good attendance but more than this it was also down to President Tony and his wife, together with Rotarians Pauline & John who allowed  this event to be held at their house. In addition it must be noted that the cost of all food and drink consummed was paid for by the above.

Finally many thanks go to President Tony's wife Michaela for all the raffle tickets she sold and for the unrelenting work when she continued to clear up and clean Pauline's kitchen when most people had left.