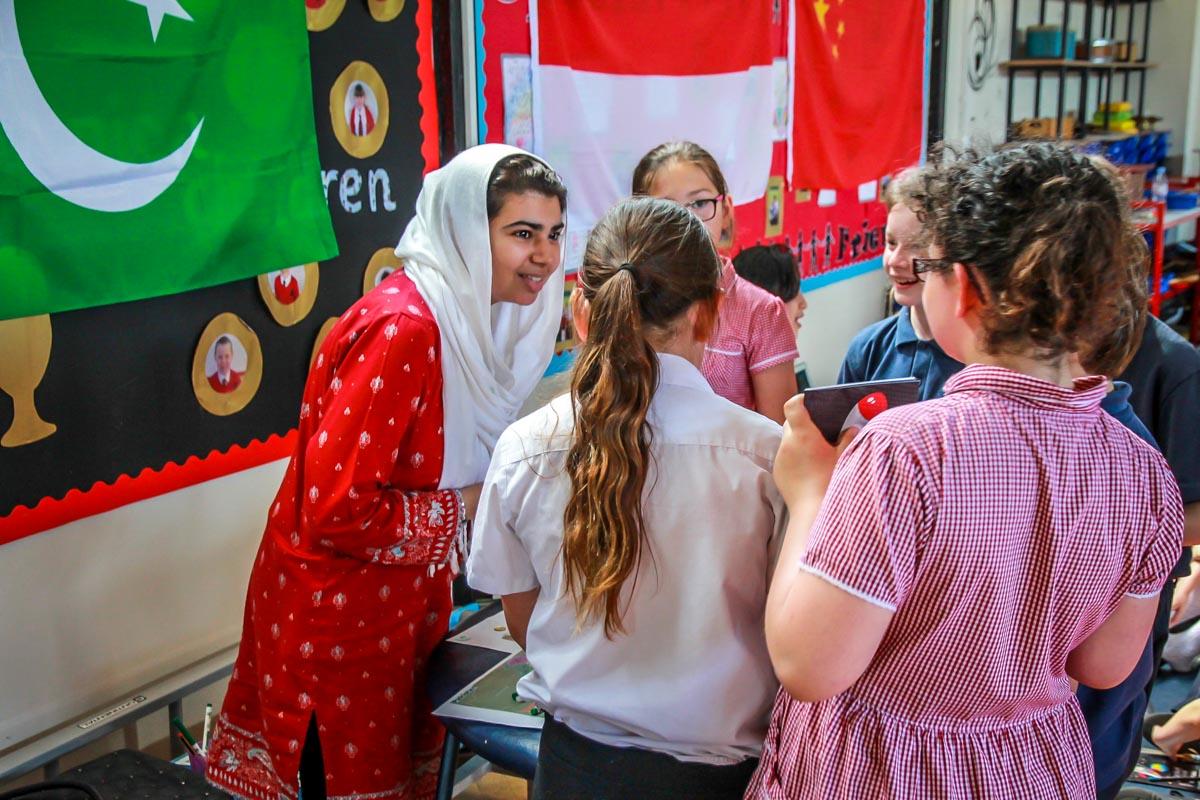 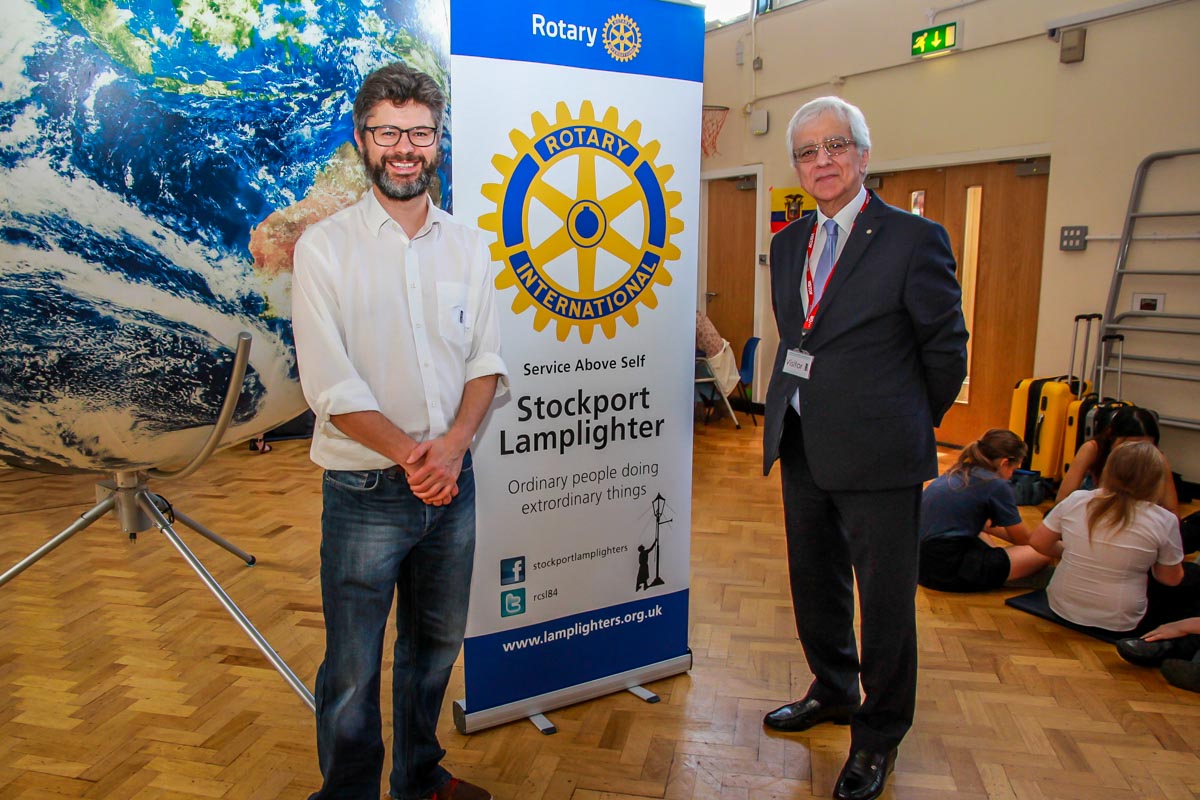 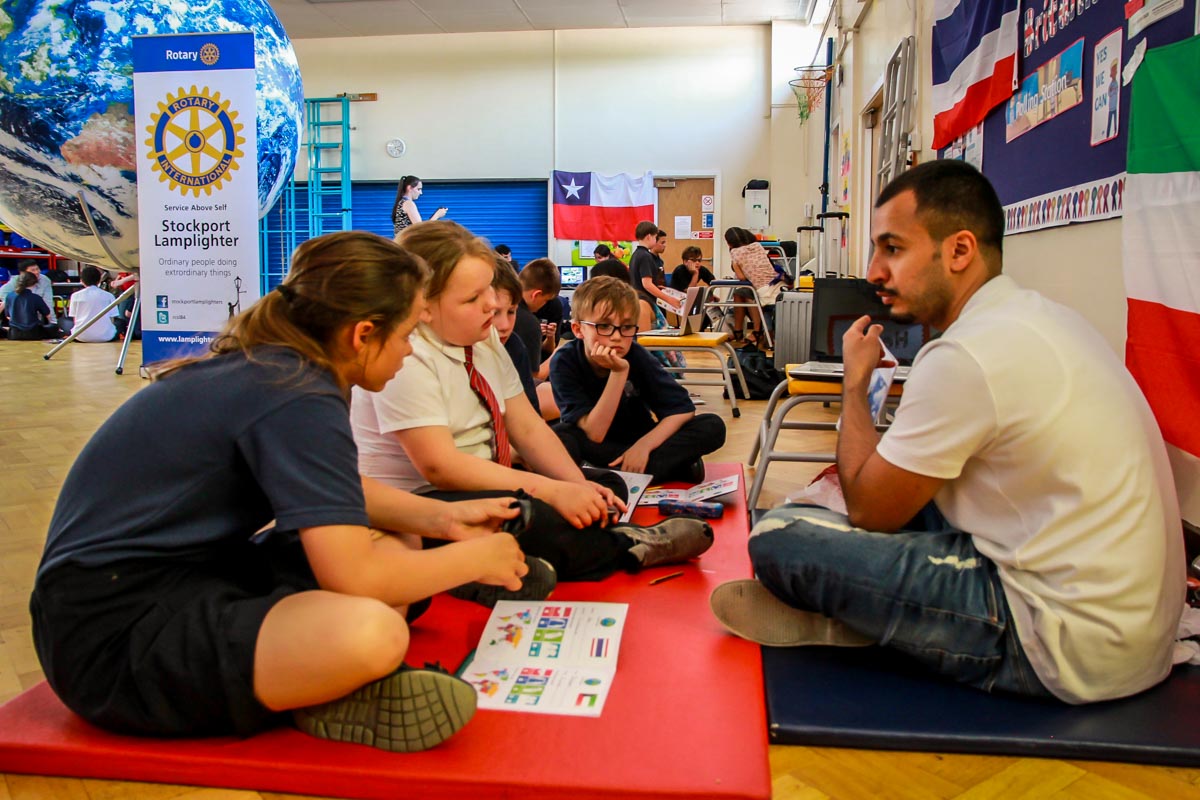 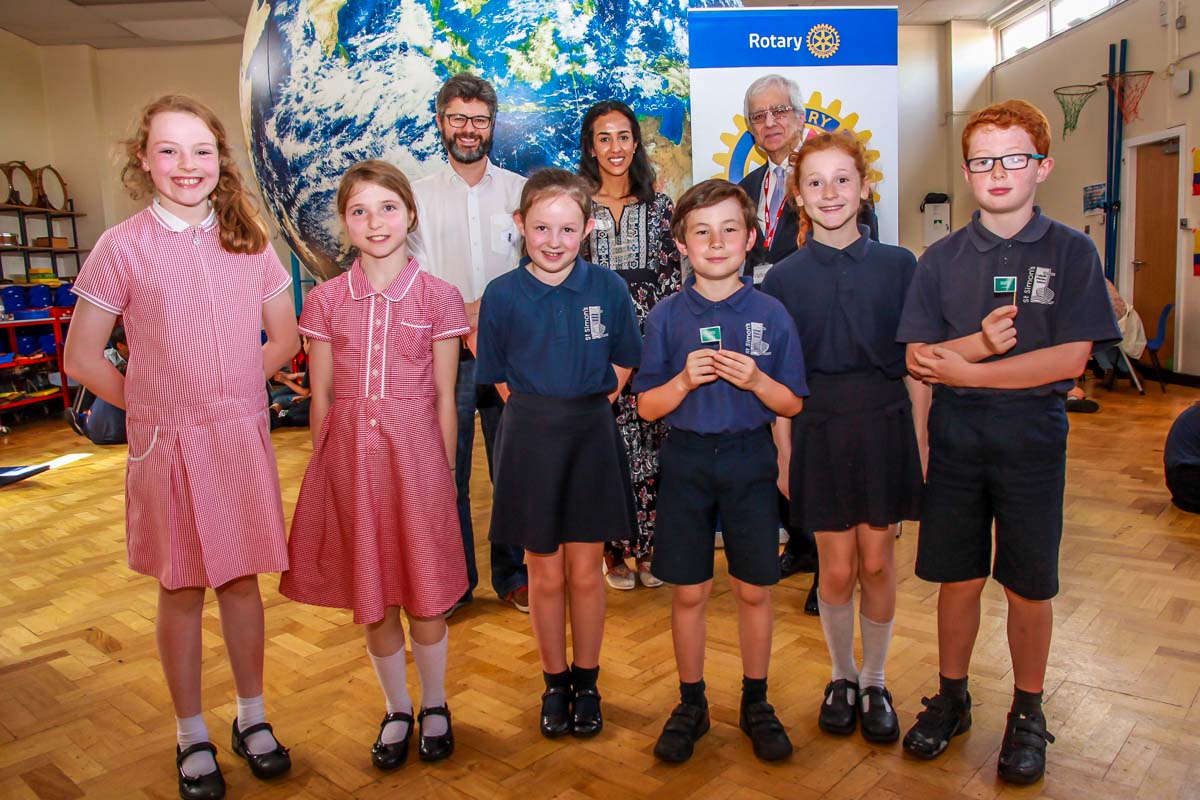 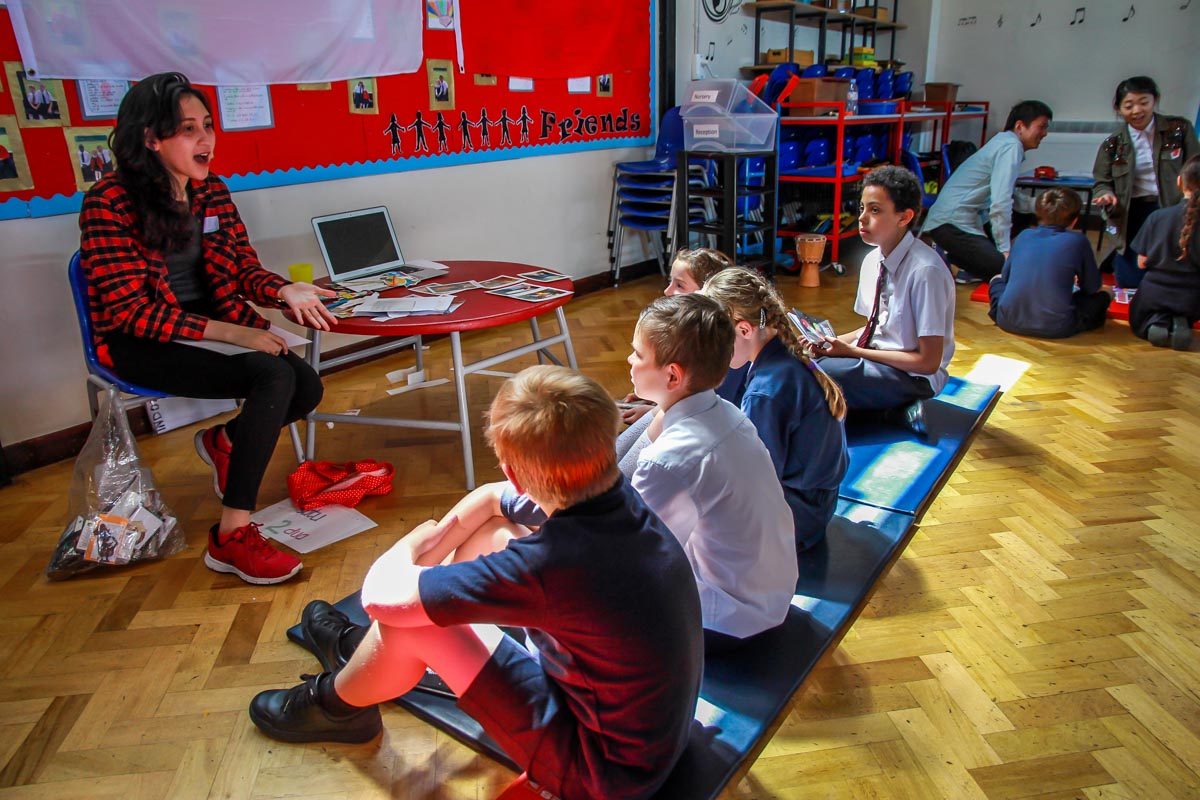 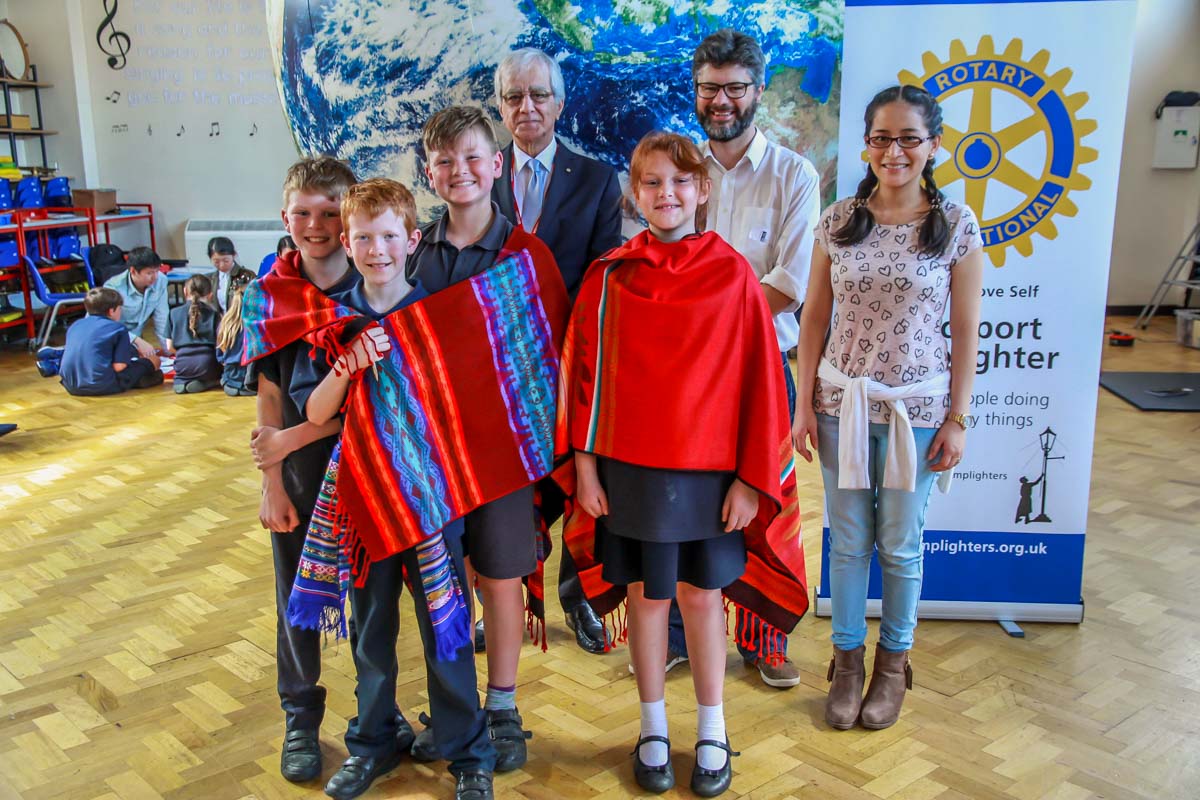 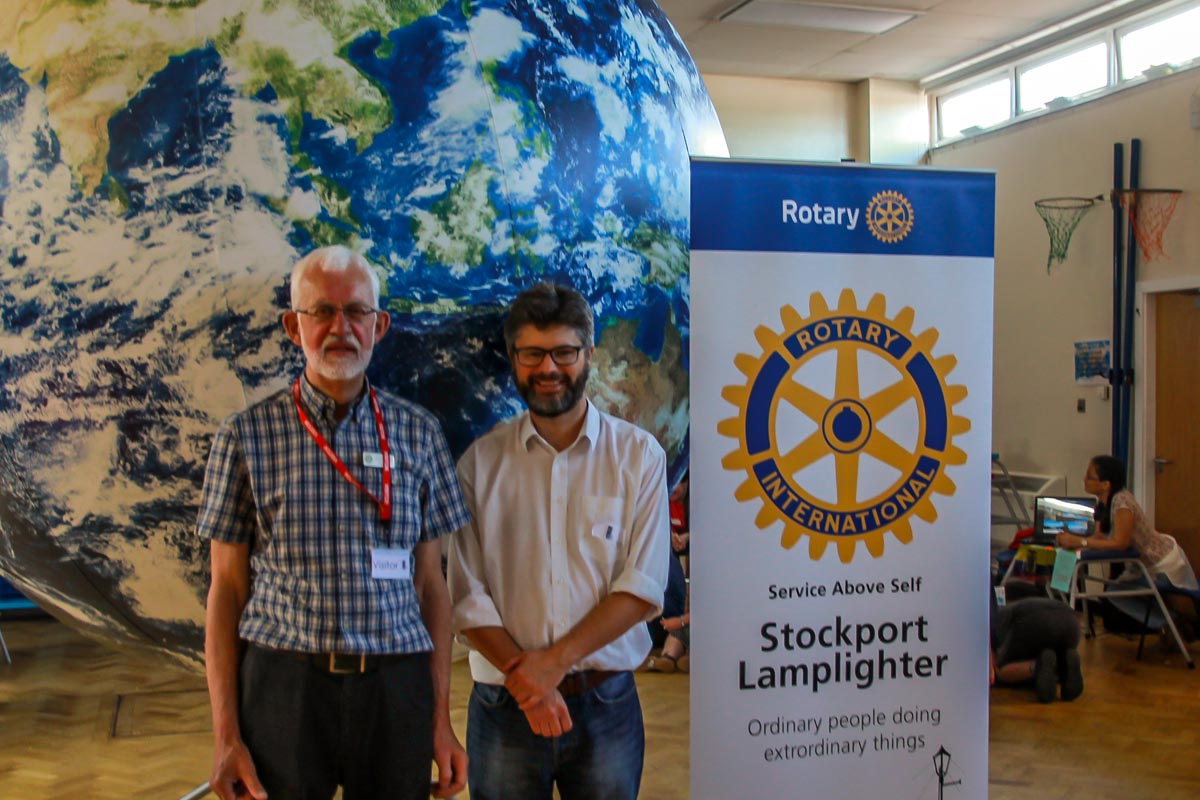 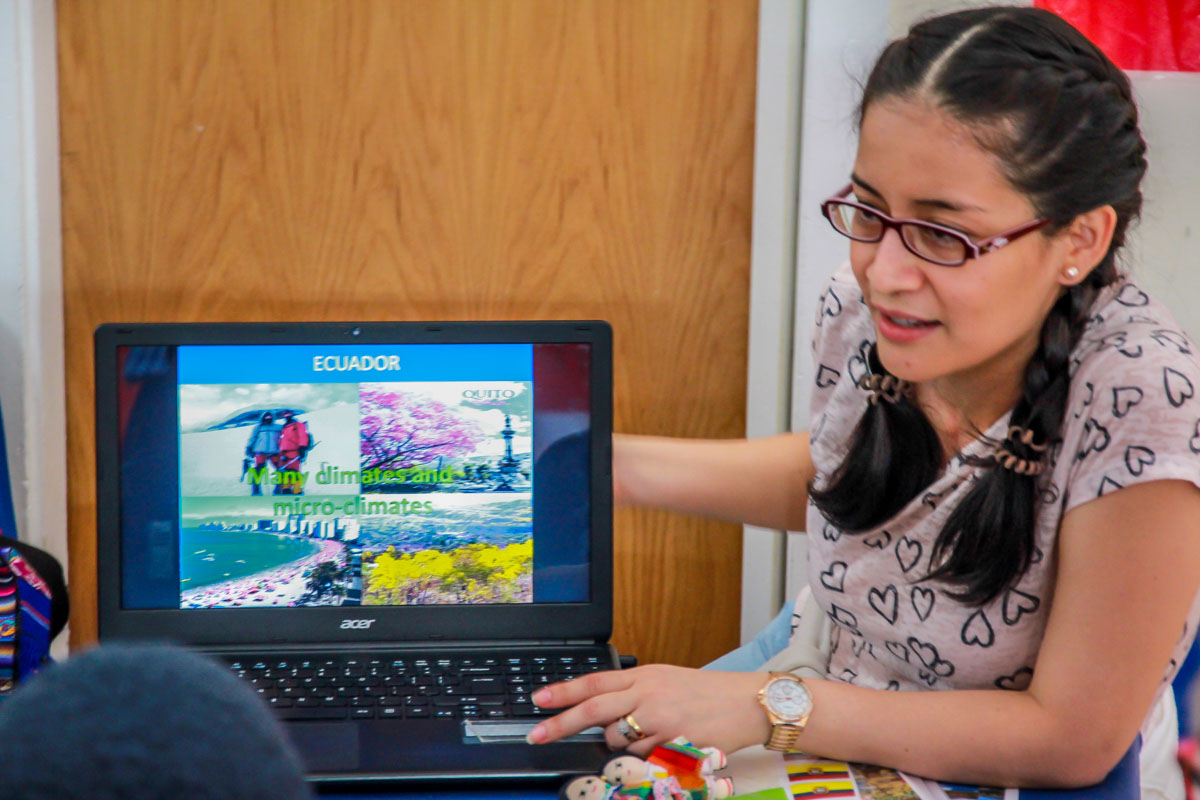 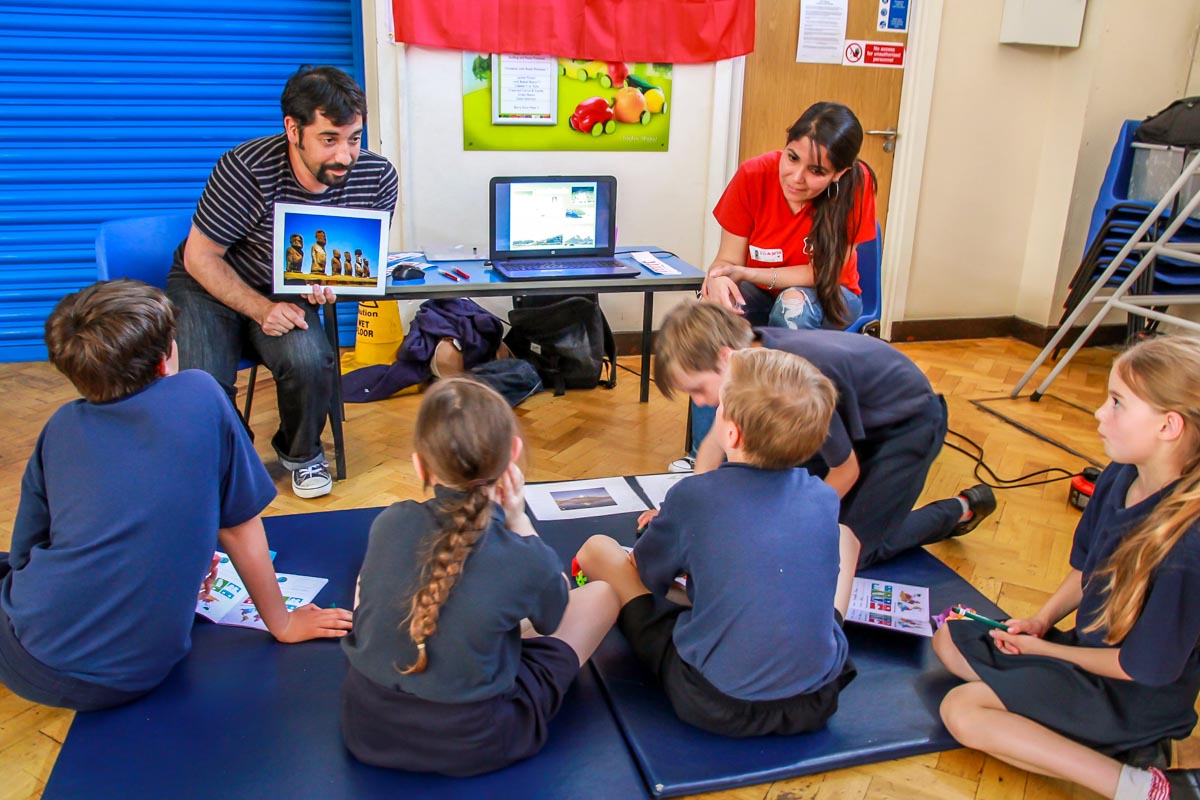 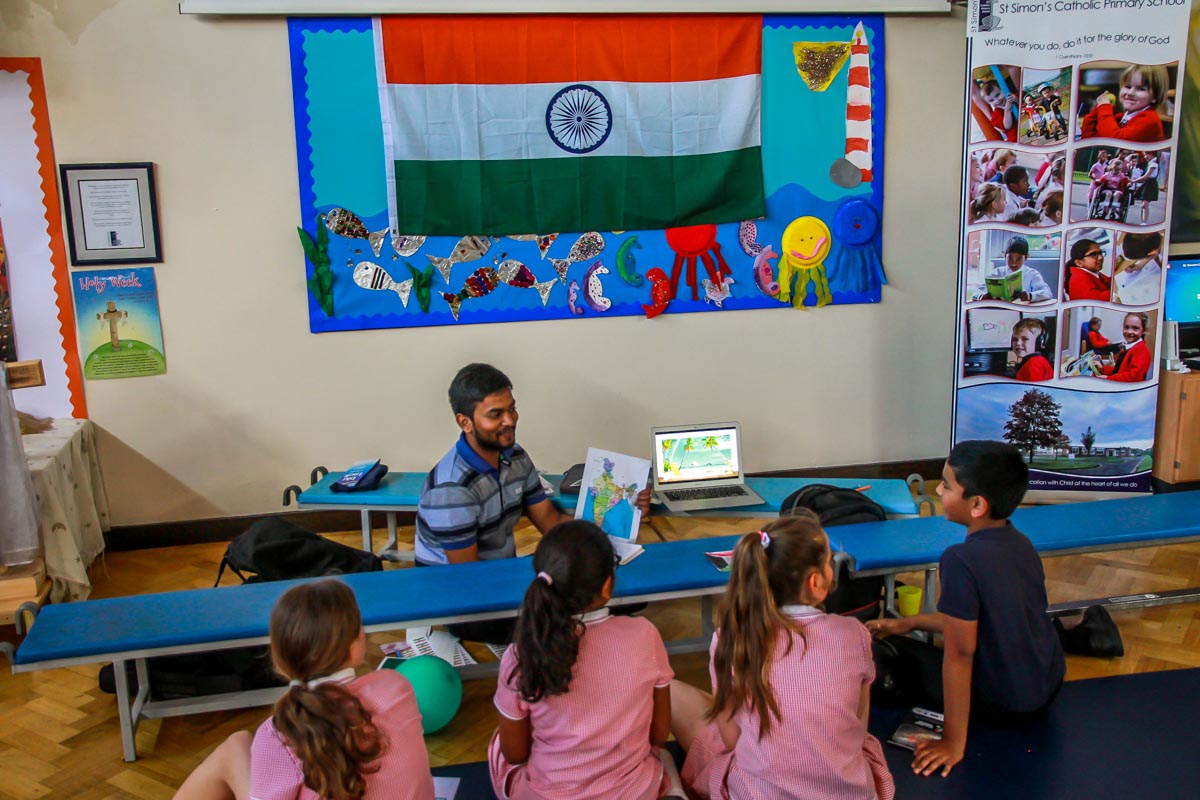 Working with the Manchester International Society, the Club’s Foundation and International Committee sponsored the "RocketWorld" learning adventure project in two schools (St Philip’s Catholic Primary School in Offerton and St Simon’s Catholic Primary School in Hazel Grove). These two projects were implemented on 23rd and 25th May 2017 and involved a giant inflatable Earth with NASA satellite imagery and volunteers from several countries. These volunteers were postgraduate students at local universities. For example, one group of children gathered around a student from Chile who used his laptop and other artefacts including his country’s flags, and showed the children the country’s location, its capital, typical costumes, food, dances and who the famous footballers were. Children and school teachers were enthusiastic about this project that promotes international friendship and understanding, and enriches children's curriculum. When asked what were they learning, the children were very articulate and explained that they were learning the geography and culture of different countries.

Thanks for John Palmer for photographs.