Tabitha Steven, sponsored by Glasgow Rotary, was the youngest ever national winner. 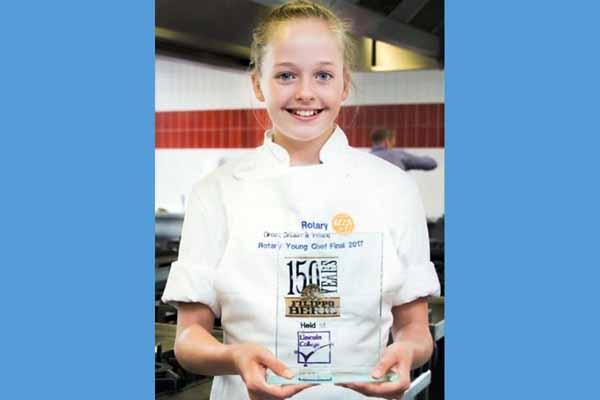 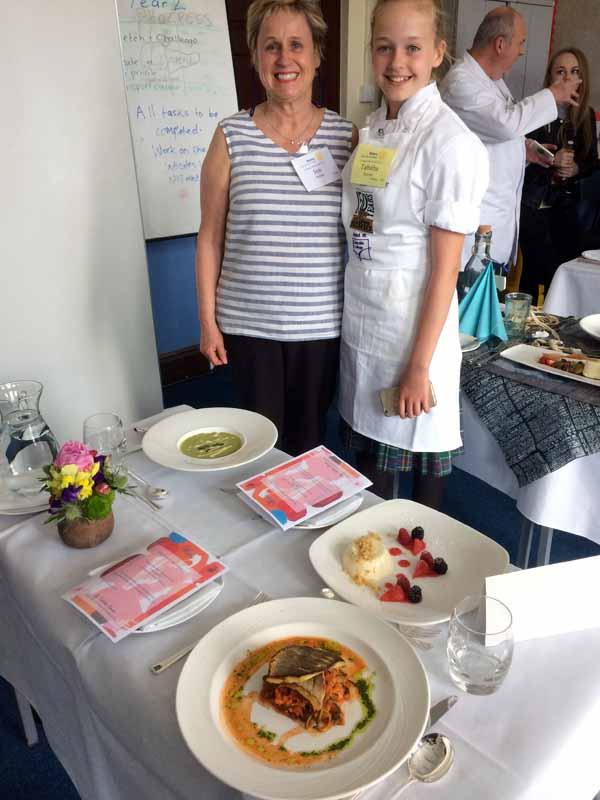 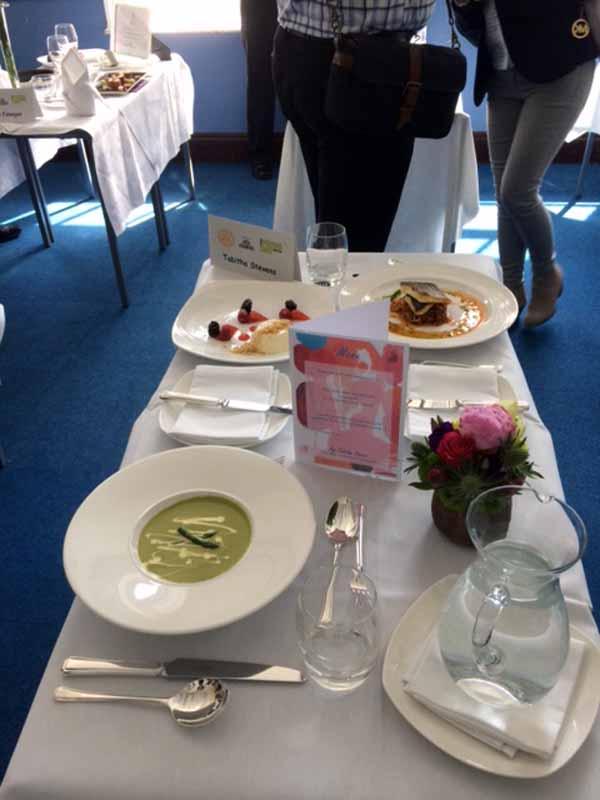 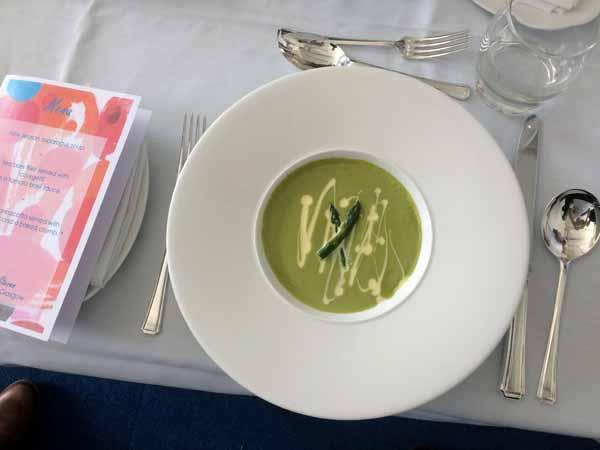 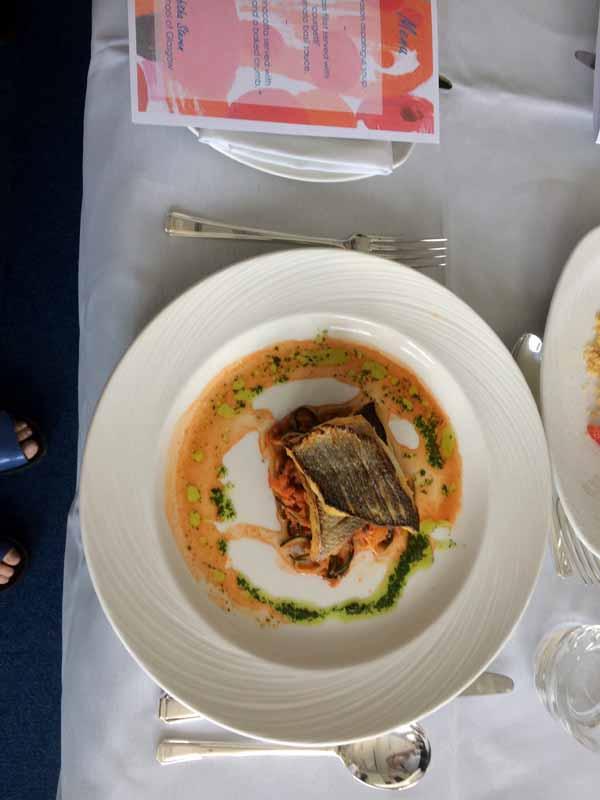 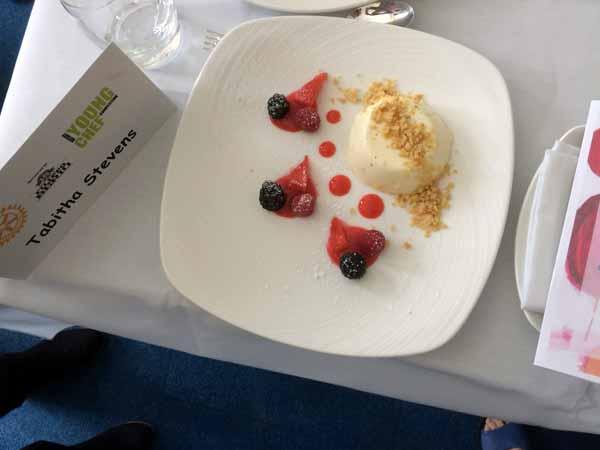 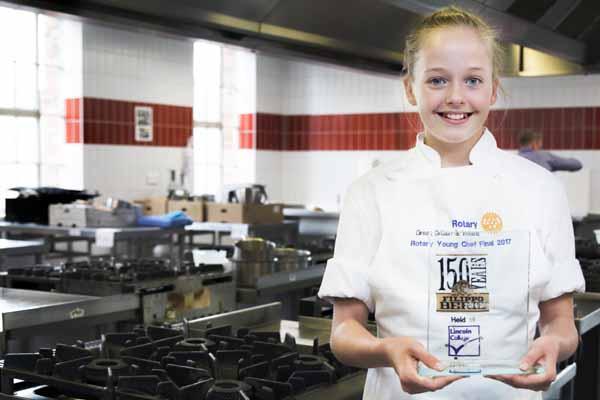 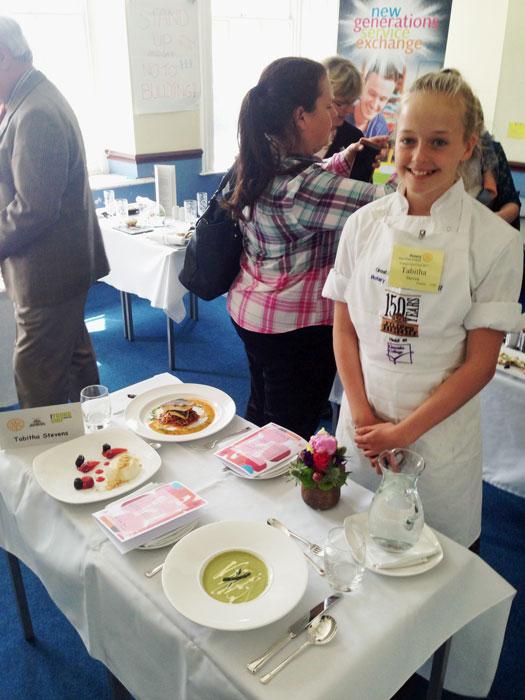 The Rotary Club of Glasgow is delighted to have sponsored 14 year old Tabitha Steven, a pupil at the High School of Glasgow in the 2017 Rotary GB&I Young Chef Competition.

Having won the Region 1 Final Tabitha represented The Glasgow Club, District 1230 and Region I at the National Final held in Lincoln on 20 May and WON, becoming the youngest ever winner of Young Chef.

Tabitha won a “host of prizes” including a variety of Filippo Berio products  (The Competition Sponsors) different olive oils, balsamic vinegar, pesto jars and a ceramic spoon rest.  However her main prize, in addition to the Trophy was a trip of a lifetime; a weekend to the Filippo Berio olive groves in Tuscany where she will experience real Italian cooking.  This to include flights, transfers and a chaperone.

Walter Zanre, summing up on behalf of the judges announced that Tabitha had presented 3 perfectly executed dishes; her asparagus soup tasted deliciously fresh & full of flavour. There was a lot of sea bass on the menu at the final but Tabitha’s was the most perfectly cooked piece of fish.  She finished her meal with a panna cotta, and Walter having Italian roots stated that he was a great lover of panna cotta and that Tabitha’s was one of the best he had eaten.

Tabitha’s win was a SECOND in 2017 for District 1230 and The Rotary Club of Glasgow as our Team from St Aloysius’ College WON the Intermediary Final of Youth Speaks earlier in the month.


This is the link to the District webpage:  http://www.rotary-ribi.org/districts/page.php?DistrictNo=1230&PgID=641629