Rotary Club President Michael Pellizzaro presented Victoria with a cheque for £1250.00, payable to the Guide Dogs charity and wished her every success in her career and life ahead. 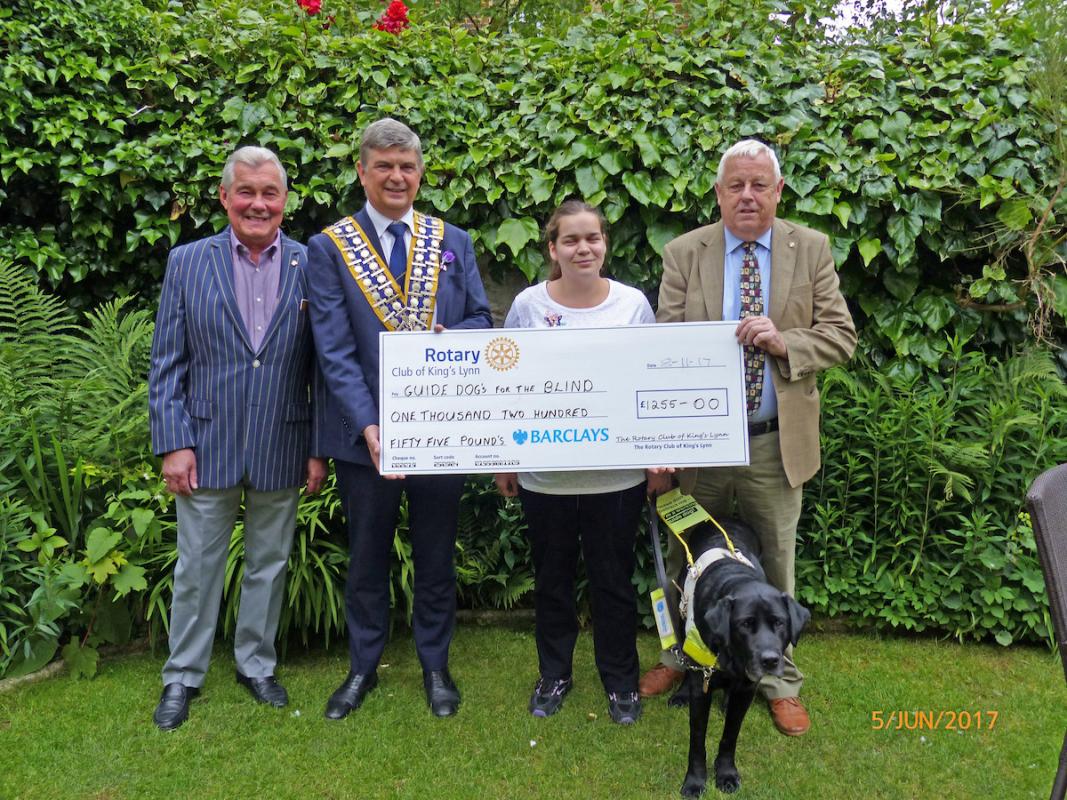 For many years the Rotary Club of King's Lynn has supported Guide Dogs for the Blind and gets regular updates on the dogs the Club has adopted.  The latest being Goldie, a golden labrador currently undergoing final training with her specialised handler Emma who says that Goldie is almost ready to be matched with her new owner. At a regular meeting of the Club on 5th June 2017, Victoria Framlingham was a guest with her guide dog named Parker. Blind from birth, Victoria applied for a guide dog when she was 16 years old and she told the Club of the training programme that both she and Parker received before he was actually handed over to her and how he has become an essential part of her everyday life and can only be described as her "best friend". With Parker at her side, Victoria was able to enjoy an independance previously denied her, as a result of which she was able to attend College and trained for and became a fully qualified Physiotherapist with the King's Lynn Football Club as one of her chief clients.   The Club members who were entranced by Victoria and Parker, asked a great many questions concerning her past experience and future plans, which Victoria answered with confidence and humour. Rotary Club President Michael Pellizzaro presented Victoria with a cheque for £1250.00, payable to the Guide Dogs charity and wished her every success in her career and life ahead.