Marlow Thames Rotary Club collecting for Comic Relief raised £1,449  in just two hours from the generous people and workers of Marlow.  Not only was the weather kind on Friday evening but also the commuters crossing Marlow Bridge who contributed so generously,  Donations also included seven US dollars, several Euros and a Tesco trolley token.

Our collectors John, Alan, Peter, Derrick, Sue, David and two Steve's enjoyed themselves so much they had to be dragged off the street when it got dark.  A great effort by everyone - but who was the banana in a tutu?   Also thanks to Marlow Rowing Club Bar for use of their facilities and to Mike Cannon for promoting the event on Marlow FM. 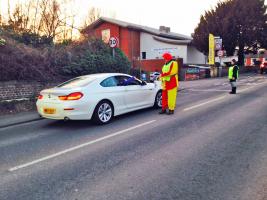 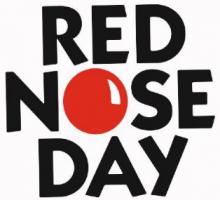 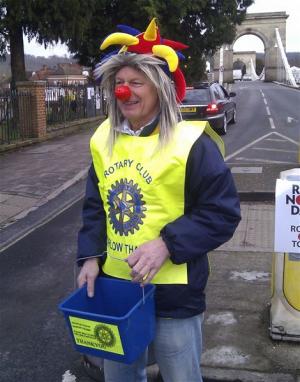 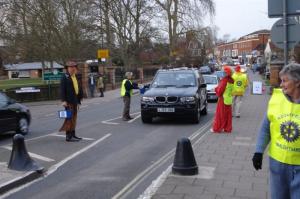 at Heathrow Terminal 1 and Terminal 5

3pm - 5pm in The Guide Hut. Volunteers required for transport. 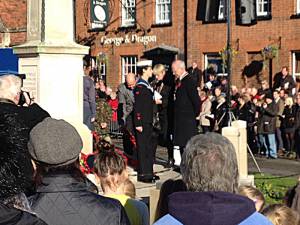 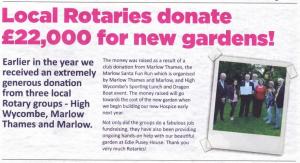 We made a donation to the festival fund and our contribution was used to create the Lion King exhibit. Letter of thanks below. Pictures by Dennis Munday. 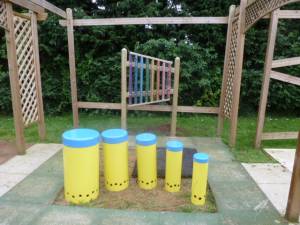 On a very wet day in November 2012 members completed the Club's contribution to building a sensory garden for children who use the centre. 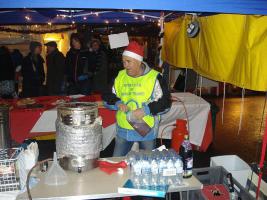 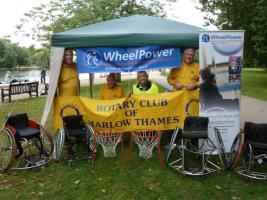 David Sutherland coordinated the Club's involvement in this town event 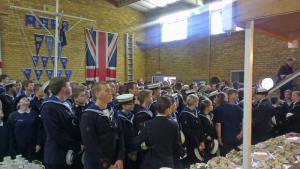