Mark Walker being invested as our President for 2017/18 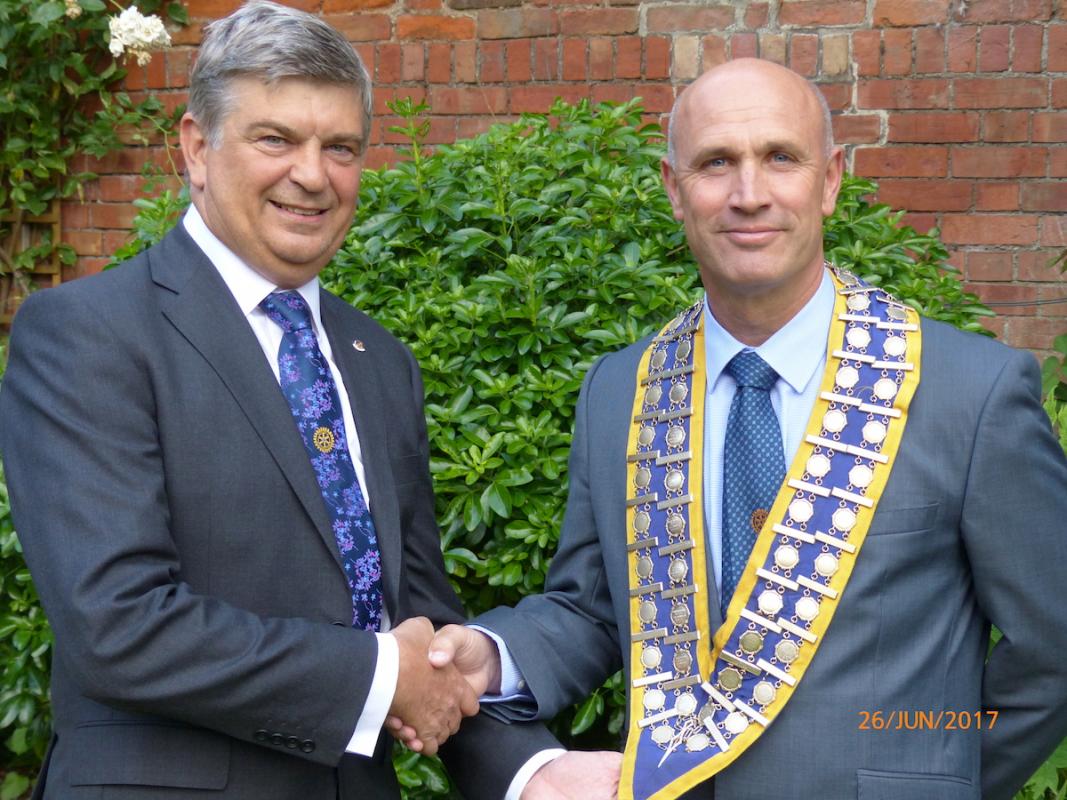 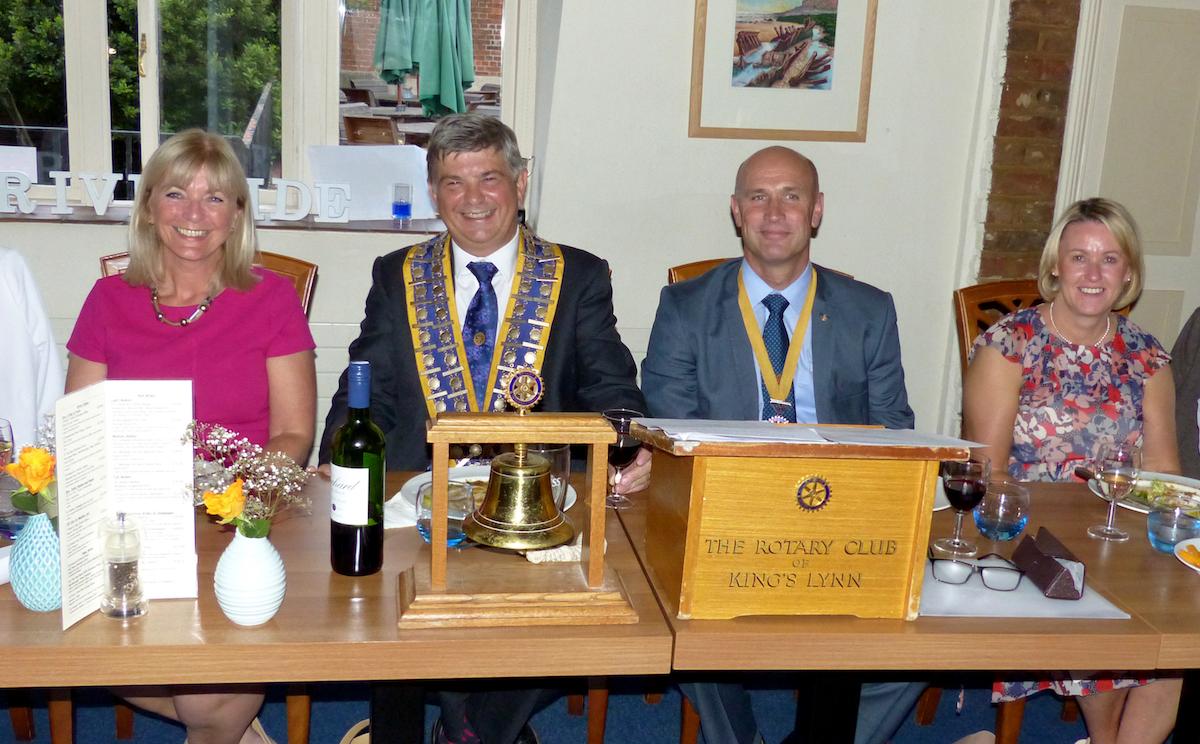 Accountant, Michael Pellizzaro relinquished his year as President of the Rotary Club of King's Lynn to incoming President,  Construction Managing Director, Mark Walker at a handover dinner held at the Riverside  Restaurant on Monday 26th June together with member's wives, partners and guests.

In his handover speech, Michael expressed his thanks to all Club members for their support during his year of office, with the 90th Anniversary Celebrations being the highlight.   He also, he reported that fund raising had reached a very satisfactory level which had been used to support many local and international good causes, including Rotary International's on-going drive to eliminate the world from polio,  now limited to localised and reducing outbreaks in two, third world countries.

In formally handing over the chain of office to Mark Walker, Michael hoped that Mark would have an enjoyable and successful year as the Club's President and bouquets where presented to the ladies of the Club officers and the Vice President's chain was presented to Pip Rippengill.   Suzanne Pellizzaro presented the President's Ladies medal to Susan Walker.

In reply Mark thanked Michael for steering the Club through a very successful year and he outlined his plans which would include support to a number of existing and new local causes.   He stressed that whilst the Club was in a strong state, membership and fellowship would be key objectives for the year ahead.