Christmas Parcels for the over 80's

Hungerford Rotarians help deliver Christmas parcels to the over 80's in the area. 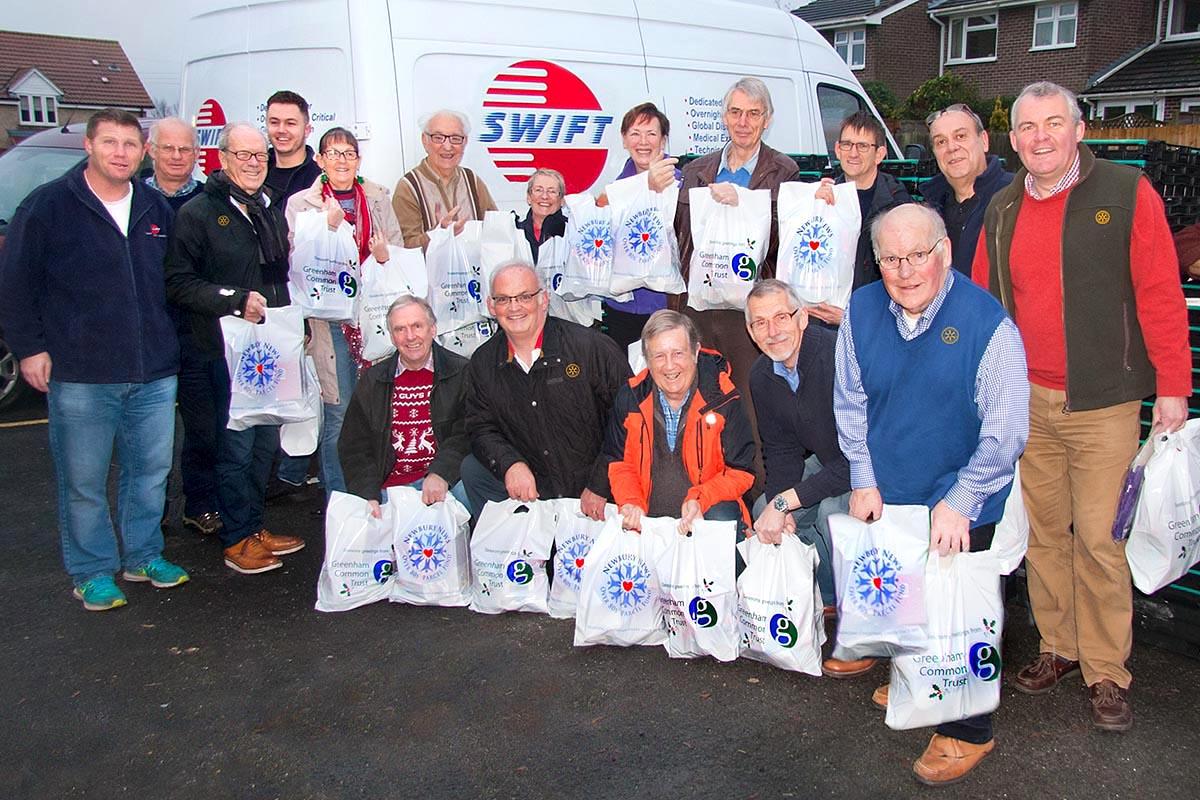 Various community groups, including members of Hungerford Rotary Club, met at The British Legion in Hungerford to collect Christmas parcels to distribute to the over 80's in the district. This scheme, which is set up  by the Newbury Weekly News and organised in the town by the Hungerford Volunteer Force (CHAIN), has been run successfully  for many years and this year will be distributing over 2,000 parcels full of Christmas goodies.. Many thanks to Swift Couriers who  delivered hundred of parcels to the Legion which were quickly distributed to " Santa's Elves" who took them out for delivery. 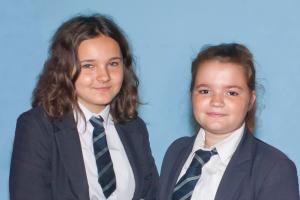 more The two student from the John O’Gaunt school, who were sponsored by our club for a working visit to Ghana.

Charities supported by our Club

more Hungerford Rotary gives about £12-15,000 to charity each year 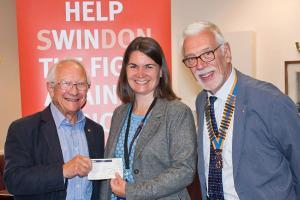 A Presentation to Brighter Futures 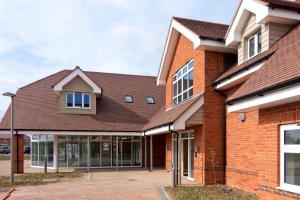 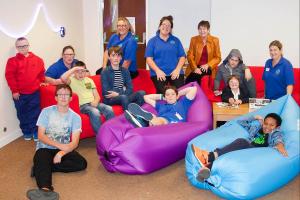 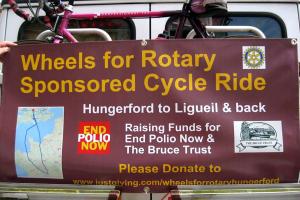 more Hungerford Rotary Cycle Challenge from Hungerford to Ligueil and back,